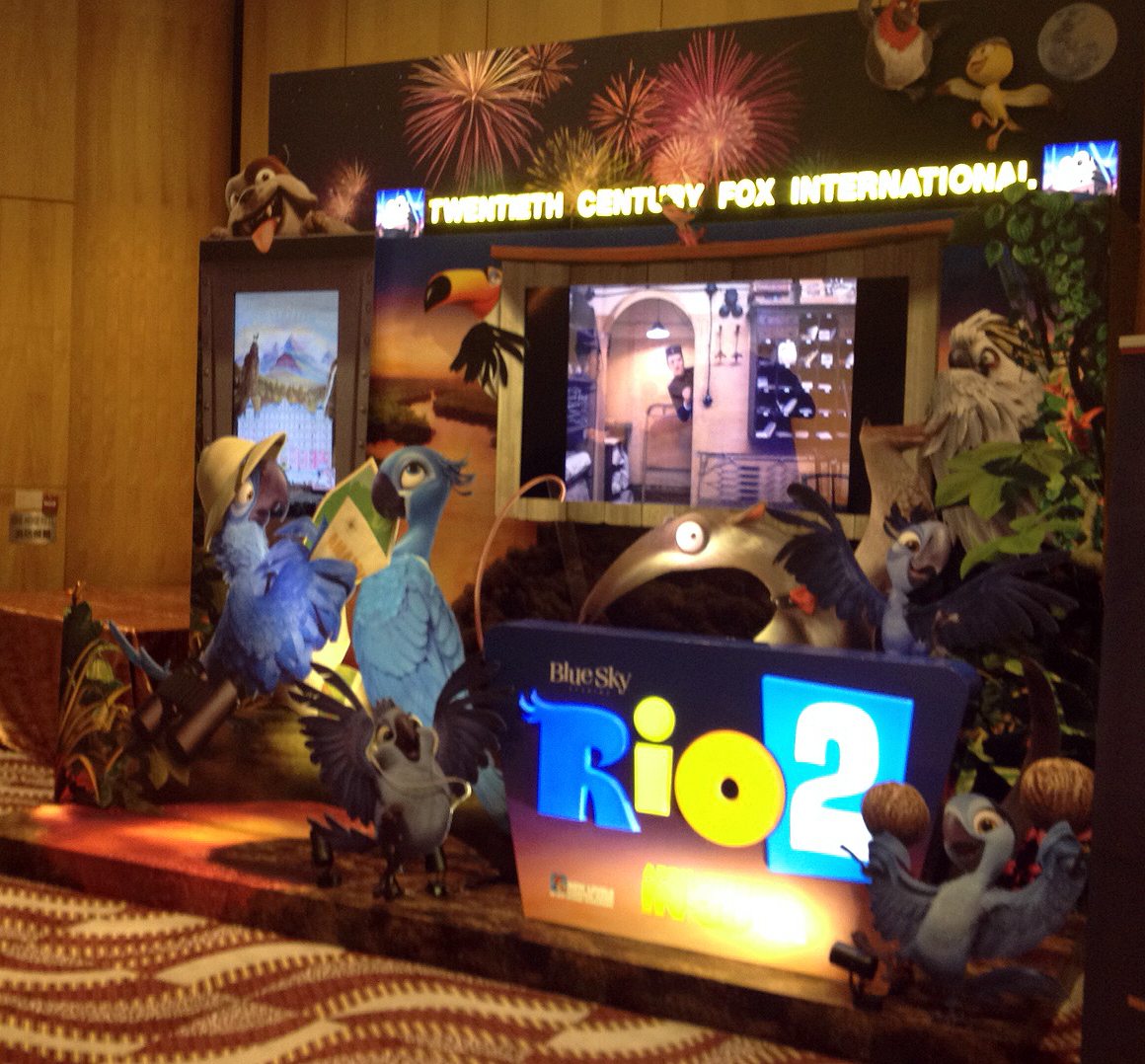 It should come as no surprise that Warner Bros is showing off the trailer for “The Hobbit: the Desolation of Smaug” in high frame rate (HFR) at the current CineAsia trade show in Hong Kong. After all, that is how director Peter Jackson filmed it and wants audiences to see it. What is more surprising is that WB is also showing HFR trailers for its other films: “300 Rise of Empire” and “The Lego Movie”. What, you didn’t know that they were HFR? Then you will be even more surprised by the HFR trailers for films from Disney, 20th Century Fox and Sony Pictures. In fact ALL these studios’ film trailers were playing in HFR.

Seeing these trailers will come as a surprise to those who thought that Messrs Jackson and James Cameron were the only ones advocating and shooting in HFR and not expect auteurs like Wes Anderson or multi-hyphenates like George Clooney to also have embraced the format. But walk around the displays of WB, Disney, Fox and Sony and you will see the trailers on loop for all of their future films showing the same smooth, video-like HFR characteristics. Sony Pictures “Robocop” reboot looks just like the console game it will no doubt tie in with, while “Heaven Is For Real” looks like a shot-on-video TV film-of-the-week. Disney’s “Bears” looks just like a Discovery channel documentary while Angelina Jolie slinks about super-ultra smoothly in “Maleficient”. Over at Fox, Iceland is looking crystal clear in “The Secret Life of Walter Mitty” while “The Book Thief” and “The Monument Men” give us a video vision of World War II.

By now you might have worked out that none of these films were actually shot in HFR. But the way the big monitors from Samsung and LG have been set up with default 100Hz to 200Hz refresh rate, interpolation and edge enhancement, MPEG+ and other “image improvement” features they might as well have been shot in HFR for the look it creates. The only studio to have calibrated its display monitor to give a film look to its titles is Paramount, showing the new “Jack Ryan” and “Noah” trailers the way people will see them in the cinemas. (Universal only has a cardboard standee for “47 Ronin”).

This might seem like a trivial issue. After all, the studios show off the trailers on the big screen properly in their product reels. That’s where it matters, surely? But overlooking the trailers at a trade show, seen by exhibitors over and over is emblematic of a larger issue.

How many cinemas across Asia and the world are outfitted with monitors in lobbies set up identically as those at CineAsia show trailers the same way to ticket buying audiences? How many times have you seen expensive flat screens in shops playing films at 200Hz? And how many flat screen televisions in the home are left with the default settings of every-enhancement-left-on? (Answer: Almost all of them). With the majority of the worlds population NOT seeing films in the cinema but at home on DVD, Blu-Ray or Netflix, this is how they see EVERY new film for the first time.

When they do go and see “The Hobbit: the Desolation of Smaug” in the multiplex it will thus look *exactly* like every other film that they see at home. This is the background against which the public “acceptance” of HFR needs to be discussed. Not against some lofty ideal of how other films look in the cinema, because that is increasingly irrelevant. If studios fail to set up their displays properly in a business-to-business, trade show environment, should we be surprised if the audience turns its back on the film look? (Or at least the studios should instruct their trade show A/V vendors to do it for them.) Studios should count themselves lucky that none of the directors are here to see how their films’ trailers are shown over and over every day of the most important cinema trade show in the worlds’ most populous region.