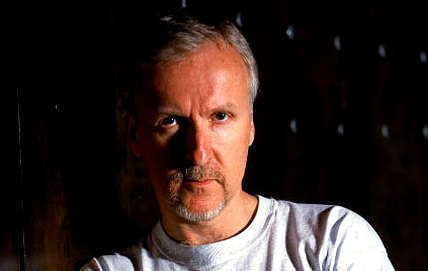 It looks like a James Cameron will not be on Sony’s Christmas card list this year. In an in-depth interview in Variety, as part of its NAB coverage, he goes into details on the practicalities and more profound implications of working in stereoscopy and the future that the format has for cinemas. The interview is worth reading in full, but the part that is particularly interesting is where he discusses the relative merits of higher resolution versus higher frame rates, worth quoting in full:

4K is a concept born in fear. When the studios were looking at converting to digital cinemas, they were afraid of change, and searched for reasons not to do it. One reason they hit upon was that if people were buying HD monitors for the home, with 1080×1920 resolution, and that was virtually the same as the 2K standard being proposed, then why would people go to the cinema? Which ignores the fact that the social situation is entirely different, and that the cinema screen is 100 times larger in area. So they somehow hit on 4K, which people should remember is not twice the amount of picture data, it is four times the data. Meaning servers need to be four times the capacity, as does the delivery pipe to the theater, etc.

But 4K doesn’t solve the curse of 24 frames per second. In fact it tends to stand in the way of the solutions to that more fundamental problem. The NBA execs made a bold decision to do the All Star Game 3-D simulcast at 60 frames per second, because they didn’t like the judder. The effect of the high-frame-rate 3-D was visually astonishing, a huge crowdpleaser.

I would vastly prefer to see 2K/48 frames per second as a new display standard, than 4K/24 frames per second. This would mean shooting movies at 48 fps, which the digital cameras can easily accommodate. Film cameras can run that fast, but stock costs would go up. However, that could be offset by shooting 3-perf, or even 2-perf, because you’d get the resolution back through the higher display rate. The 48 fps negative or digital master can be skip-printed to generate a 24 fps 35mm DI negative for making release prints, so 48 is the magic number because it remains compatible with the film-based platform which will still be with us for some time, especially internationally. 30 and 60 fps are out for that reason. Anyway the benefit of 30 is not great enough to be worth the effort, especially when 48 is so easy to achieve. SMPTE tests done about 15 years ago showed that above 48 frames the returns diminish dramatically, and 60 fps is overkill. So 48 is the magic number.

Of course, the ideal format is 3-D/2K/48 fps projection. I’d love to have done “Avatar” at 48 frames. But I have to fight these battles one at a time. I’m just happy people are waking up to 3-D.

Earlier in the interview he says that a “film should not be marketed first and foremost as a 3-D experience”, which seems to damn and doom ‘Journey 3D’, which is a terrible film in every way, apart from the 3D aspect.

Sadly the only question that doesn’t get asked or answered in the interview is why Cameron didn’t shoot ‘Aquaman’ in 3D.