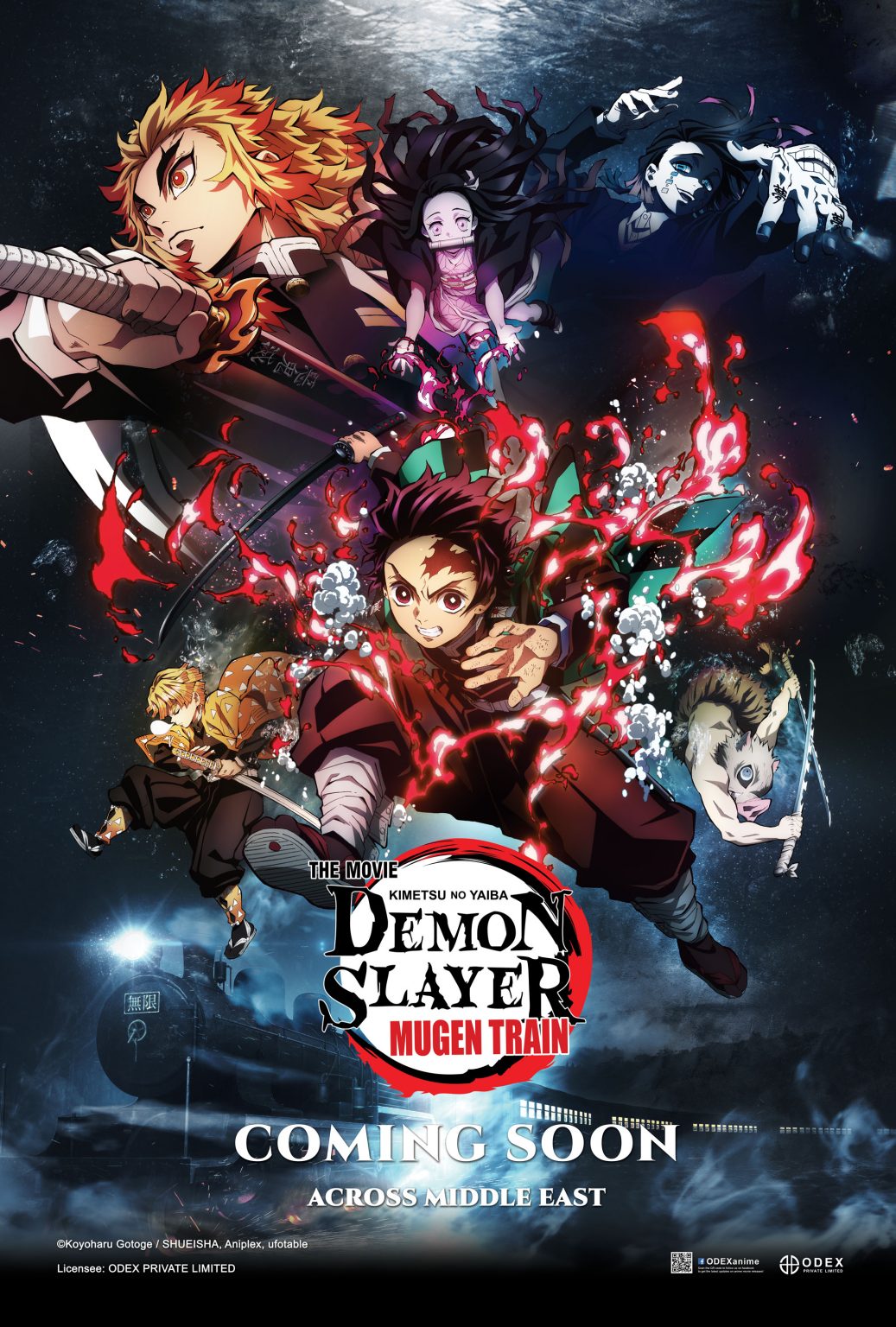 Impressive line-up includes ‘Demon Slayer’, which has enjoyed record-breaking success in the United States and Japan

VOX Cinemas, the dedicated cinema arm of Majid Al Futtaim, has signed an exclusive deal with ODEX, the leading Japanese animation film distributor in South East Asia, to distribute anime movies across the MENA region. Under the new agreement, six titles will be released theatrically across eight territories including box office sensation “Demon Slayer: Kimetsu no Yaiba the Movie: Mugen Train”. The Japanese anime epic is the top-grossing film of all time in Japan and recently enjoyed the biggest foreign language debut in US box office history.

In addition to being the Middle East’s largest and most rapidly growing exhibitor, VOX Cinemas also produces content and operates a large regional film distribution business as part of its vertical integration strategy. In 2018, VOX Cinemas signed an exclusive distribution deal with leading Saudi Arabian animation studio Myrkott to screen its first animation feature “Masameer” across the MENA region and this summer it will distribute the highly anticipated Saudi Japanese anime “The Journey”, having inked a deal with Manga Productions at last year’s Berlin Film Festival.

Toni El Massih, Chief Content Officer at VOX Cinemas said, “VOX Cinemas is extremely proud to be ODEX’s exclusive film distributor partner for the Middle East and North Africa and we are confident that our expertise and knowledge of the market coupled with their impressive catalogue of content will drive box-office growth. The pandemic has forced us to look to new regions for content and, with this deal, we are taking a strategic step in adding even more great movies to our summer movie slate. There is a huge appetite for the Japanese comic book genre in the region and we’re excited to bring an impressive line-up of anime to the big screen, starting with the record-breaking “Demon Slayer” which has received acclaim for critics and audiences worldwide.”

Demon Slayer is based on a popular manga and TV anime series and will release in VOX Cinemas on 13 May across United Arab Emirates, Saudi Arabia, Egypt, Oman, Bahrain, Qatar, Kuwait and Egypt and will be available to view in several formats including standard, 4DX, MX4D and IMAX.

For more information or to make a booking visit www.voxcinemas.com.