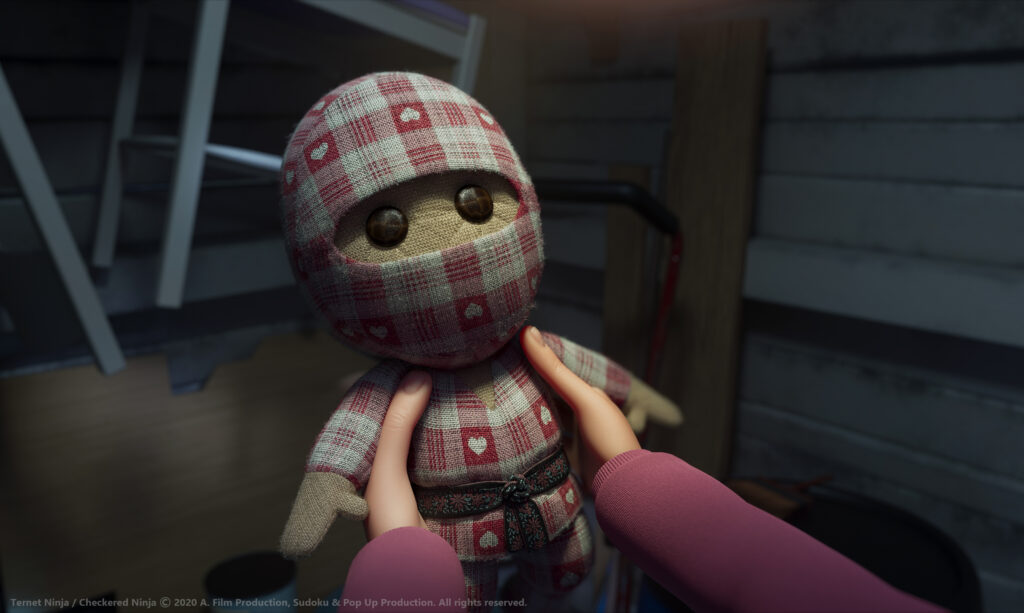 With an astronomical 246,684 cinema tickets sold incl. sneak premiere tickets, "Ternet Ninja 2" has quite sensationally beaten its predecessor and now owns the record for the biggest premiere weekend for a Danish film ever

Is Danish film in crisis after the reopening of cinemas in May? Have the Danes changed basic cinema behavior after two prolonged shutdowns? Those questions have rippled back and forth all summer. But this weekend, Anders Matthesen’s critically acclaimed “Ternet Ninja 2” delivered a resounding answer: Danes love going to the cinema!

It is clear after the premiere weekend of the long-awaited sequel to the most successful Danish feature film for over three decades. Since the premiere on Thursday, cinema-goers across the country have made the pilgrimage to “Ternet Ninja 2” to a completely unheard of extent. Ticket sales have definitely exploded, and just four days after the premiere, the film has sold no less than 246,684 cinema tickets incl. sneak preview tickets (212,949 tickets for the premiere weekend itself Thursday-Sunday.)

Exceeding all expectations
Even the most optimistic forecasts from Nordisk Film had not predicted that “Ternet Ninja 2” would beat its predecessor’s record opening. It was considered unrealistic because the first film had the benefit of having the premiere weekend during the Christmas holidays. Therefore, it is also difficult to get your arms down with both Nordisk Film and the entire team behind the film.

Market Director Frederik Honore from Nordisk Film Distribution says:
It is simply historically beautiful what “Ternet Ninja 2” has delivered this weekend. Getting rumbling that way on the way out of the corona crisis and in the middle of August where the sun has even been shining all weekend, we simply thought could not be done. We knew we had a great movie and that it would do really well. We could see that in the pre-sale and the fantastic word-of-mouth that the film has already received. But that it could catch up with the first film and even beat it, is really sensational when you consider that the first “Ternet Ninja” film premiered during the Christmas holidays 2018. This means that “Ternet Ninja 2” is already on its way to becoming this year’s biggest Danish cinema success, and only time will tell how far the film can go. All talk of a cinema crisis and changed audience behavior should be silenced, because here is a visible proof that the Danes so definitely still love going to the cinema.

Anders Matthesen himself is both grateful and relieved by the result. He states:
It’s overwhelming how well the audience receives “Ternet Ninja 2”. And that’s what it’s all about skabe creating joy and excitement. It’s crazy how positive people are. I get thousands of greetings and I read every single comment I receive. There is sheer upswing among both children and adults. I’m very grateful. And also relieved. After all, planning a premiere in the middle of a corona crisis with closed cinemas and bans was quite a feat. But we hoped it would be possible to get to the cinema after the summer holidays and that the film could just help to spread joy in a time that has been very harsh for many. And that the cinemas can even make some of the money they lost during the closure is just perfect. I love to go for the steak myself and really appreciate the local cinemas I visit when I’m on tour, for example. And they only continue to exist if there are people in the halls.

“Ternet Ninja 2” received just great reviews at the premiere on Thursday. Over the weekend, it has premiered in 130 copies across the country.

The plot of “Ternet Ninja 2”
Checkered Ninja returns – in a new holster. The cynical toy giant Phillip Eberfrø is about to escape punishment, and innocent children are in danger. The hunt for revenge and justice resumes with 13-year-old Ash. The two are flanked by both Sirene and Aske’s grandfather Jørn, who goes all in on his latest invention: a digestive app. Eternally deliciously hungry Sune is also with – and of course Aske’s (indispensable) uncle Stewart, who, as always, spreads cosiness in the family.

A unique Danish film phenomenon
In 2018, Ternet Ninja took Denmark by storm . On the day of the premiere alone, it sold 53,000 tickets. The film ended with a ticket sale, which broke Danish records when it rounded 950,000 tickets sold. At the same time, it is the best-selling Danish cinema film ever and has also been awarded several Robert prizes and Bodil nominations.

The team behind the film
As in the first film, it is Anders Matthesen himself who has written the script and directed “Ternet Ninja 2” together with Thorbjørn Christoffersen. Anders Matthesen also takes care of recording all the voices of the film with the exception of the role of Ash, played by Louis Næss-Schmidt and Jessica, played by Emma Sehested Høegh. The film’s producers are Trine Heidegaard and Anders Mastrup as well as Cemille Matthesen as Executive Producer. The film is produced by A. Film Production A / S, Sudoku ApS and Pop Up Production ApS.