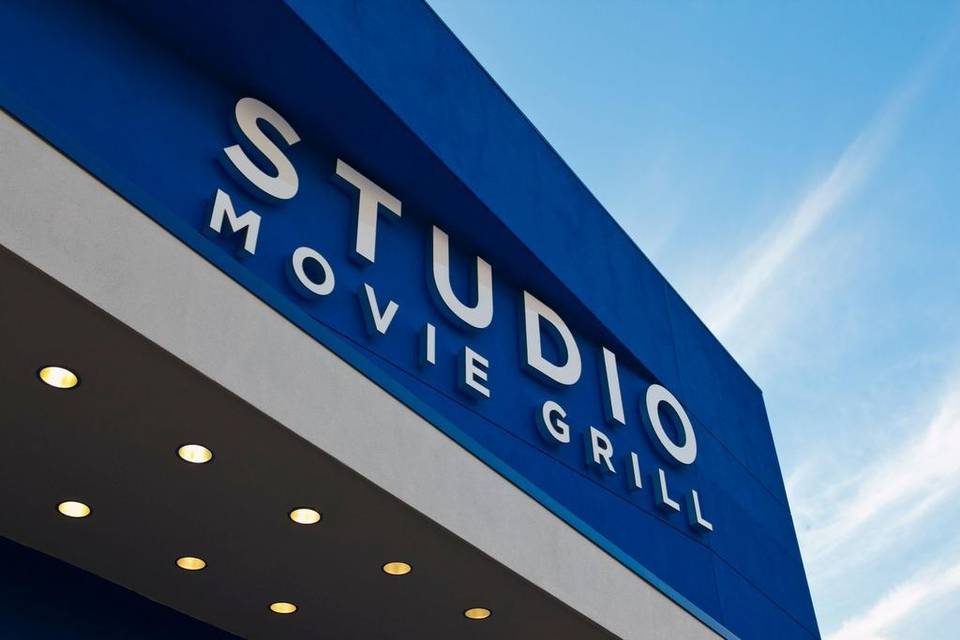 Brian Schultz, Founder & CEO of Studio Movie Grill (SMG), announced today plans to open a flagship theater in Glendale, CA during the fourth quarter of 2019. The leading in-theater dining chain will now serve seven communities across California, including Monrovia, Simi Valley, Downey, Redlands, Rocklin and Bakersfield. SMG Sunset Walk, the brand’s third location in Florida, opened earlier this year in Kissimmee/Orlando and, previously announced SMG Prosperity Market, the brand’s second in Charlotte, NC will also open its doors in Q4. With the addition of these locations, this will add over 50 new screens to the existing 333 screens SMG currently operates in 10 states nationwide and significantly enhances its position as the leader of the in-theater dining concept.

Taking over the former MGM 5-Star Cinema location earlier this year, SMG is in the process of redesigning the entire facility, which will result in 10 screens and offer 780 luxury recliners in the heart of Glendale, and the Downtown Arts & Entertainment District. Located adjacent to the Glendale Galleria and the Americana at Brand, SMG Glendale will encompass nearly 60,000 square feet and will offer unique and innovative features including new and improved luxury recliners with heated seats, cooling cup holders, table lights and adjustable headrests. Additionally SMG Glendale will be partnering with CES+ for a totally integrated theater A/V environment

As the #1 cinema-eatery in the country, SMG has made Inc. Magazine’s List of “Fastest Growing Private Companies” four years in a row, and placed twelfth in Box Office Magazine’s “Giants of the Industry” in 2018. In 2018, 56 films put SMG in the top 10 at the box office with key titles grossing as high as #4 in box office receipts.The signature SMG experience has proven immensely popular wherever new theaters have opened, continuing to fuel the current growth trend.

“SMG is thrilled to be expanding and bringing our unique movie-going experience to the movie capital of the world: Los Angeles! And we couldn’t be more excited to be opening next door to our friends at some of the biggest Hollywood studios where many of the most-popular films we offer our guests are made. We look forward to opening our doors to the film lovers and the film makers that live and work in Glendale and to get to know our new community,” said Founder/CEO Brian Schultz.

But SMG is not only constructing new locations, they are actively preserving old movie houses as they acquire new movie spaces, including three Krikorian theaters in SoCal that opened as full concept SMG locations earlier this year in Redlands, Monrovia and Downey. These theaters were successfully converted with the goal of retaining the integrity of the old theatres. Through thoughtful redesign and insightful renovation focused on elevated touch-points in the auditoriums including luxury recliners and improved site lines alongside the modern conveniences of a full-service restaurant and inviting bar/lounge are for gathering before and after the movie.

Each new SMG location will feature a marriage of 25 years of in-theater dining expertise and execution. Moviegoers can anticipate an upscale social destination, with definitive touch-points in a modern, comfortable setting with a dedicated bar-lounge and the very best viewing experience. Guests in these locations can also expect a freshly prepared American Grill menu, full-service premium bar, and the same friendly service SMG is known for nationwide.

More information can be found at https://www.studiomoviegrill.com/

About Studio Movie Grill
Established in 1998, Studio Movie Grill (SMG) modernized the traditional movie-going experience by combining first-run movies with full-service, in-theater dining. SMG has swiftly grown to 333 screens in 10 states with further expansion planned.  SMG was named to Inc. Magazine’s List of “Fastest Growing Private Companies” four years in a row, placed 12th in Box Office Magazine’s Giants of the Industry in 2018 with key films grossing as high as #4 in North America.  Honoring its commitment to Opening Hearts and Minds, One Story at a Time™, SMG’s legacy programs include Special Needs Screenings, Chefs for Children program and annual Opening Hearts & Minds Award, which strive to help families and acknowledge local heroes. In June 2018, SMG created a unique loyalty program, SMG AccessTM which, as loyal guests earn rewards, allows them to join SMG in offering movies and meals for underserved community members. To date, this program has offered over 14,000 movies and meals.For additional information, visit studiomoviegrill.com.