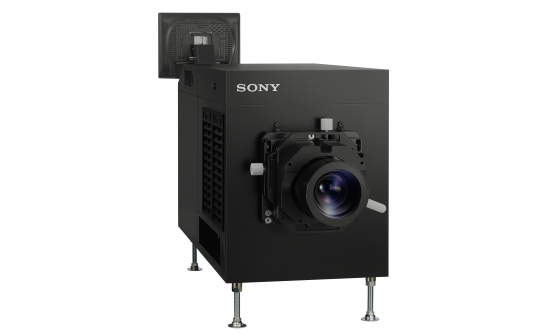 “Houston is becoming a very competitive market, not only with traditional theaters but also dine-in theaters now,” he said. “We need to make sure that with any dine-in theater we open going forward, we’re doing whatever we can to differentiate ourselves. This gives us a true competitive advantage.”

A Sony 4K customer since 2012, Star Cinema Grill are familiar with the benefits a projection upgrade can bring.

“When we first went from film to digital many years ago, we immediately saw we were delivering a much more consistent presentation, no scratches, nothing out of frame,” Ostrow said. “There was a noticeable difference, from the guest perspective and on the business side. We didn’t have to have projectionists dealing with brain wraps and interlocks, and prints getting thrown off platters, everything that used to happen with thirty-fives. Digital created a much better experience for everybody, and now even more so with laser technology.”

The importance of that experience is heightened now as exhibitors are competing to attract consumers who have more high-quality entertainment options available to them.

“In the dine-in world, the technology side hasn’t been as important because we had the advantage of just offering a different experience than traditional theaters,” Ostrow said. “But now that more and more dine-in theaters are opening, we can’t rely on that to be the only differentiator anymore. That’s why we do whatever we can to always stay ahead of the curve, and these laser projectors are a next step in that evolution.”

The College Station location will be outfitted with nine laser projectors, with the rest planned for Richmond and Spring, Texas, facilities through the first half of 2019.

Ostrow sees a combination of benefits resulting from this technology upgrade, from increased traffic and a better overall customer experience to real quantifiable cost savings.

“From a business and operation standpoint, we hope for ease of use and not having to maintain the bulbs,” he said. “From the guest experience side, this roll-out will result in better picture quality, which leads to a better guest experience, which makes people choose our facility over a competing dine-in facility that doesn’t have this technology.”

The Star Cinema Grill team is confident the new projectors will make as much of a difference behind the scenes as they will in the auditoriums.

“What’s attractive about the Sony systems is they are all-in-one installations,” said John Walsh, Vice President, Star Cinema Grill. “With other brands, you need a different server, and other separate components. With the Sony systems, everything is the same at every location. They’re built in a way that they’re easy to operate, so our theater teams can focus on taking care of the guests and not worrying about the projectors.”

Maintaining that customer focus has been a key theme for Star Cinema Grill throughout its seven-year relationship with Sony. “We’re comfortable with the technology, it’s been reliable for us,” he said. “All brands have their unique characteristics, but one of the main reasons we went with Sony, is our long-term relationship with their team.”

Star Cinema Grill is a privately held Houston-based company, focused on growth through new construction as well as acquisitions and new brand development. Star Cinema Grill has become Houston’s largest dine-in theater group with seven locations in addition to other brands including District Theatres and Hollywood Palms Cinema.  The chain is continuously updating its portfolio through remodels and new store openings.  Star Cinema Grill has grown aggressively over the past two years and plans to continue their expansion throughout the greater Houston area, as well as other markets including Dallas, Austin, San Antonio and Chicago.  Learn more at www.starcinemagrill.net.