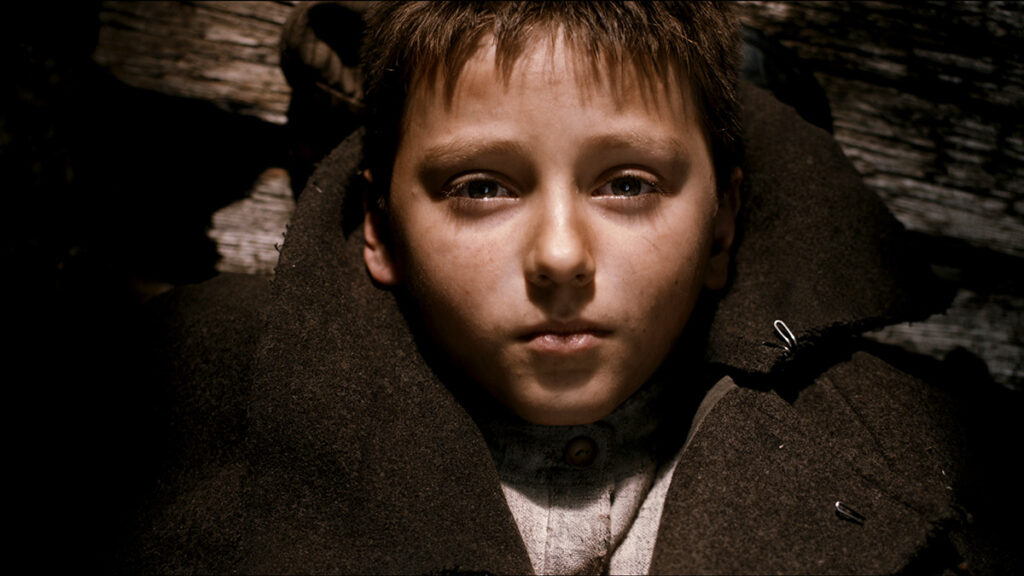 “Stand With Ukraine: The Guide,” Box Office Proceeds to Be Donated to Ukrainian Relief Effort

On Friday, March 18, many leading U.S. movie exhibitors will begin to play Oles Sanin’s acclaimed feature film “The Guide,” subtitled, in their theaters with box-office proceeds to be donated to Ukrainian Relief Efforts. The film’s director and producer, Sanin, is currently locked down in Kyiv, but has just provided a moving introduction now attached to the movie. It conveys the urgency of the situation and the need for assistance.

Ukraine has a rich history of filmmaking that reaches back more than a century. For much of that time, Ukraine was part of the Soviet Union, but in the last 30 years Ukraine’s film industry has stood on its own. Indeed, before Russia’s 2022 invasion, Ukraine was a vibrant center of film production.

In the 1930s, the Soviet regime pursued agricultural and other policies that led to the deaths of millions of Ukrainians. This “Terror Famine” represented a genocide aimed at Ukraine. In 2014; Ukrainian filmmakers produced and released “The Guide,” a drama set in the 1930s depicting this Soviet oppression. The drama was selected as the Ukrainian entry for the Best Foreign Language Film at the 87th Academy Awards. The film also won the Best Actor and Cinematography awards that year at the Odessa International Film Festival. In addition, Oles Sanin’s film was nominated for the grand prize at both the Odessa and the Warsaw International Film Festival!

Donations from cinemas will be forwarded to a special Ukraine Relief Fund that is being managed by Human & Civil Rights Organizations of America, Inc. Marshall Strauss, a long-time human rights activist, is board president of this national group which was established in 1994 and has handled millions in donations.

“Less than two weeks ago, I offered my cinema in suburban Boston to show ‘The Guide’ as a fundraiser for Ukraine relief,” said Marshall Strauss. “Almost instantly, the effort exploded in size and key industry leaders joined the project, donating their services. Now, cinemas across the country are agreeing to show this milestone movie. The director and I agreed on only one condition: Ticket proceeds are to go to humanitarian relief for Ukraine. Americans have this unique opportunity to stand with the people of Ukraine. We are all looking for a way to help. We now have it.”

Proceeds from the fundraiser will be forwarded to selected nonprofit 501(c)(3) organizations already active in providing humanitarian assistance to the Ukrainian people in Ukraine and nearby countries. Among those to be supported will be the International Red Cross and the International Organization for Migration.

To support the effort, the Digital Cinema Distribution Coalition will be delivering the film by satellite, while PaperAirplane Media will provide the marketing assets and necessary support materials. Distribution will be handled by Falling Forward Films. All parties are working free of charge to ensure as much money as possible is delivered to the Ukrainian people.

About Oles Sanin – Director of “The Guide”
Sanin is an exceptionally talented Ukrainian film director of the post?Soviet generation. He was trained by the legendary Leonid Osyka, one of the most brilliant representatives of the Ukrainian poetic cinema of the 1960?70. Ole has worked in tandem with his childhood friend Serhii Mykhalchuk, the internationally recognized Ukrainian cinematographer. Their collaboration has produced works that are visually striking and deeply poetical. Sanin’s “The Guide” was Ukraine’s entry for the Academy Awards.

Sanin is in Kyiv along with others in the Ukrainian film industry. He will provide a taped introduction to the film and will also attempt to participate remotely in the screening of “The Guide” in Salem MA.

Audiences are advised to find the closest theater in your city, buy tickets or donate.

About Marshall Strauss – Project Organizer
Strauss has been active in human rights and the US charity sector for decades. In 1989, in the wake of the Tiananmen Square massacre, Strauss resigned his position as associate director of the Child Welfare League of America and became a key aide to Chinese dissidents who had fled to the West. In 1991 he organized and participated in the Congressional human rights delegation to China. In 1992, he and Russian human rights activist Mikhail Kazachov co?founded Freedom Channel. That organization brought together Russian filmmakers, pollsters, and political operatives to produce that nation’s first public service announcement – on behalf of democracy. They then created numerous human rights documentaries.

For years, Strauss has been a prominent nonprofit leader of the federal government’s workplace giving program, serving as chair of the National Combined Federal Campaign Committee and then as treasurer of the Combined Federal Campaign Foundation. The CFC has raised more than $8 billion for tens of thousands of charities since its creation. In 2020, Strauss and his wife purchased the Salem MA community cinema that had closed due to the pandemic. It has reopened and is now expanding.

Harvard Ukrainian Research Institute
A part of Harvard University, HURI was founded in 1973 with support from the Ukrainian American community. HURI is a leading center for interdisciplinary research on Ukraine and is dedicated to the support of scholarship and the dissemination of knowledge about Ukraine and its neighboring countries of Eastern Europe. Since 2001, the Institute has hosted more than 160 fellows, who come to Harvard to do research in humanities and social sciences.

The Ukrainian Film Club of Columbia University
The Ukrainian Film Club of Columbia University held its first event in October 2004. Since then it has been the only permanent forum for Ukrainian film in North America. It screens films at least once a month on campus, and on invitation in other venues of the United States and Canada. The Club had special series for many years at Harvard University and the University of Toronto. It has brought Ukrainian films to such cities as Philadelphia, Chicago, Montreal, Detroit, MI, Hartford, CT, San Juan PR on many occasions. organizing and co?organizing Ukrainian film festivals in New York and Chicago. It has hosted at its screenings Oles Sanin (THE GUIIDE) and other prominent Ukrainian filmmakers such as Serhii Bukovsky, Valentyn Vasyanovych, Taras Tkachenko, Taras Tomenko, Olena Yershova, Roman Bondarchuk as well as such International filmmakers as Krzysztof Zanussi (Poland), David Grieco (Italy), Malcolm McDowell (UK), Carlos Rodriguez (Spain). The Club has one of the biggest Ukrainian film collections with English subtitles outside Ukraine. Since its establishment the Club held more than 240 events. It is often the first or the only US venue where Ukrainian films get their US premieres.

Digital Cinema Distribution Coalition (DCDC)
DCDC is a pioneering venture formed by Universal Pictures, Warner Bros, AMC Theatres, Cinemark Theatres, and Regal Entertainment Group, delivering content on behalf of over 3,000 Exhibitor sites representing over 33,000 screens across the US. DCDC has built the world’s largest cinema delivery network and effectively moved the industry standard away from physical hard drives shipped by road transport to encrypted files via digital delivery. The DCDC Network has successfully delivered millions of feature films, events, trailers and special content for 55 different content owners to cinemas across the country.

Falling Forward Films
FFF was formed by industry executives, Scott Kennedy and Bryce Campbell who have a combined 35 plus years of experience in the film distribution business. Collectively they have worked on well over 350 theatrically released films. Their passionate love of film and the industry as a whole prompted them to create a “filmmaker?friendly” company that endeavors to continue to bring creative and innovative content to the world.

PaperAirplane
Founded by former Lionsgate executives Mike Polydoros and Will Preuss, PaperAirplane is the first?of?its?kind Cinema Channel Marketing Agency. Designed to work with Exhibitors, Studios and Marketplace Partners to create a one?stop solution for all cinema channel and in?theater marketing opportunities. PaperAirplane is uniquely positioned in the marketplace to assist in the creation, coordination and logistical support needed in today’s world of Cinema Marketing.

GoTheaterMarketing
GTM was founded by Jeremy M. Devine to assist members of the industry within the theatrical ecosystem. As a movie distributor, exhibitor marketer, film buyer, ticketing aggregator, promoter and vendor he possesses a unique perspective to craft winning campaigns. He can be reached for consulting via LinkedIn.

Stampede Studios
Stampede Studios is an award winning entertainment marketing agency. With locations in Hollywood and Studio City, our team of story tellers and entertainers are able craft a full 360 campaign to cut through the noise and get your project noticed.

The Prenner Group
With offices in Los Angeles and New York, The Prenner Group helps you develop and implement marketing communications strategies by providing expertise in media, trends, and business expertise. Services include public relations, communications strategy, and market evaluation. We specialize in taking entertainment campaigns and getting media attention.