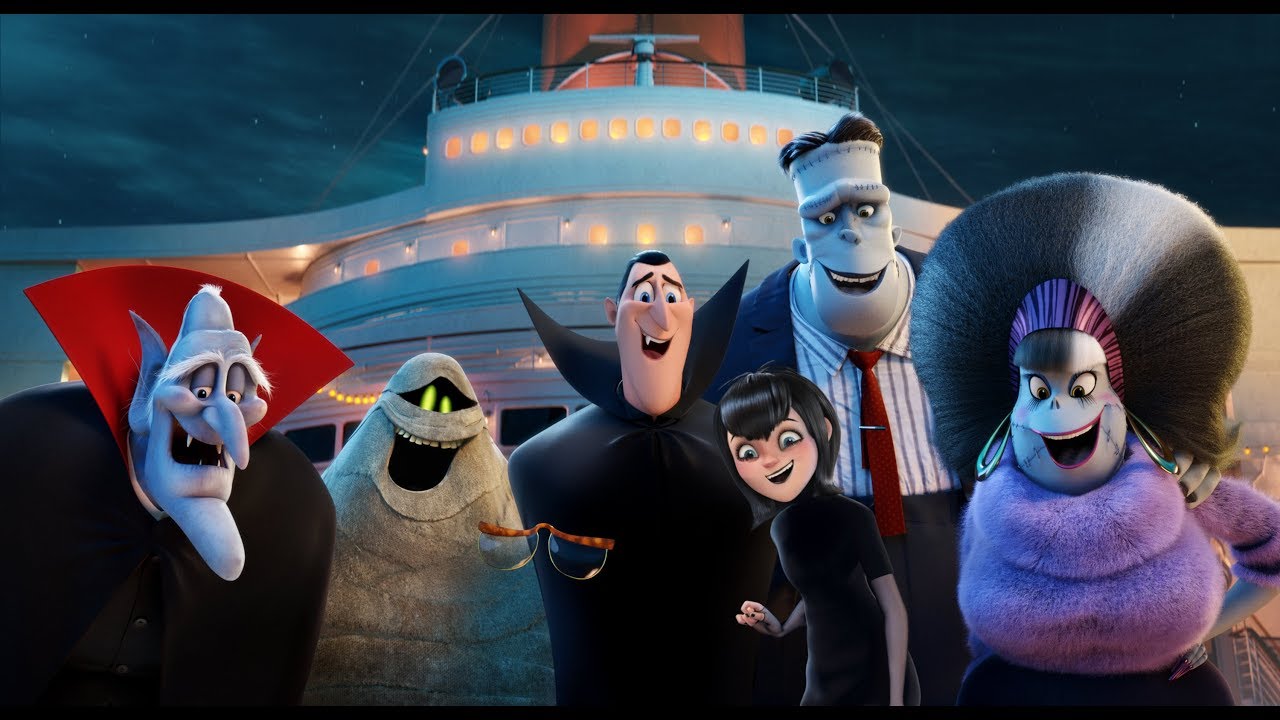 A new story, nursery rhyme, or joke read by the popular cast will be available every day through “Hotel Transylvania 3: Summer Vacation’s” nationwide release on July 13. Customers can access this new skill by simply saying, “Alexa, open Hotel Transylvania.”

In addition to bedtime stories, customers can also set up a custom “Hotel Transylvania” alarm for Alexa through the Amazon Alexa app.

Commenting on the announcement, Elias Plishner, Executive Vice President, Worldwide Digital Marketing, Sony Pictures Entertainment, said, “The ‘Hotel Transylvania’ characters have won over young audiences and their families for years. We love to utilize new technologies like voice recognition to engage our young fans with the characters they love and spark their imaginations in unique ways. This Alexa skill will surprise, entertain, and enhance family time throughout the summer season.”

Audiences can catch the beloved monster family’s young vampire, Dennis, putting the Alexa skill into action with a custom video, at https://youtu.be/coUBGkIZfRU.

About “Hotel Transylvania 3: Summer Vacation”
In Sony Pictures Animation’s “Hotel Transylvania 3: Summer Vacation,” join our favorite monster family as they embark on a vacation on a luxury monster cruise ship so Drac can take a summer vacation from providing everyone else’s vacation at the hotel. It’s smooth sailing for Drac’s Pack as the monsters indulge in all of the shipboard fun the cruise has to offer, from monster volleyball to exotic excursions, and catching up on their moon tans. But the dream vacation takes a dangerous turn when Mavis realizes Drac has fallen for the human captain of the ship, Ericka, who holds a mysterious secret that threatens them all. Directed by Genndy Tartakovsky and written by Genndy Tartakovsky and Michael McCullers, the film is produced by Michelle Murdocca.

About Sony Pictures Animation
Sony Pictures Animation produces a variety of animated and family entertainment for audiences around the world. The studio is following its worldwide comedy hits—the record-breaking monster comedies “Hotel Transylvania” and “Hotel Transylvania 2,” the hybrid live action/animated blockbusters “The Smurfs” and “The Smurfs 2,” and the mouth-watering “Cloudy with a Chance of Meatballs” movies—with the fully animated reboot “Smurfs: The Lost Village” available on digital and Blu-ray now; a surprising and comic take at the secret world inside our phones with “The Emoji Movie” now on Digital HD, Blu-ray, DVD, and 4K Ultra HD; the inspirational The Star now available on Blu-ray, DVD and Digital. Next will be Genndy Tartakovsky’s Hotel Transylvania 3: Summer Vacation in July 2018; from the minds of Chris Miller and Phil Lord will come next the groundbreaking animated feature “Spider-Man: Into the Spider-Verse” in December 2018, followed by the original feature comedy “The Mitchells Vs. The Machines” in January 2020; and the animated musical “Vivo,” featuring original songs by Lin-Manuel Miranda, in November 2020. The studio, in conjunction with Aardman Animations, has produced two critically acclaimed feature films: the CG-animated family comedy “Arthur Christmas;” and the Academy Award nominated stop-frame animated high-seas adventure, “The Pirates! Band of Misfits.” In 2007, “Surf’s Up” also received an Academy Award nomination for Best Animated Feature Film; a sequel entitled “Surf’s Up 2: WaveMania” is now available on digital and DVD. The division, whose first feature film Open Season led to a very successful movie franchise including the brand new “Open Season: Scared Silly” now available on digital, DVD and Blu-ray, was founded in 2002. Sony Pictures Animation is a division of the Sony Pictures Motion Pictures Group.