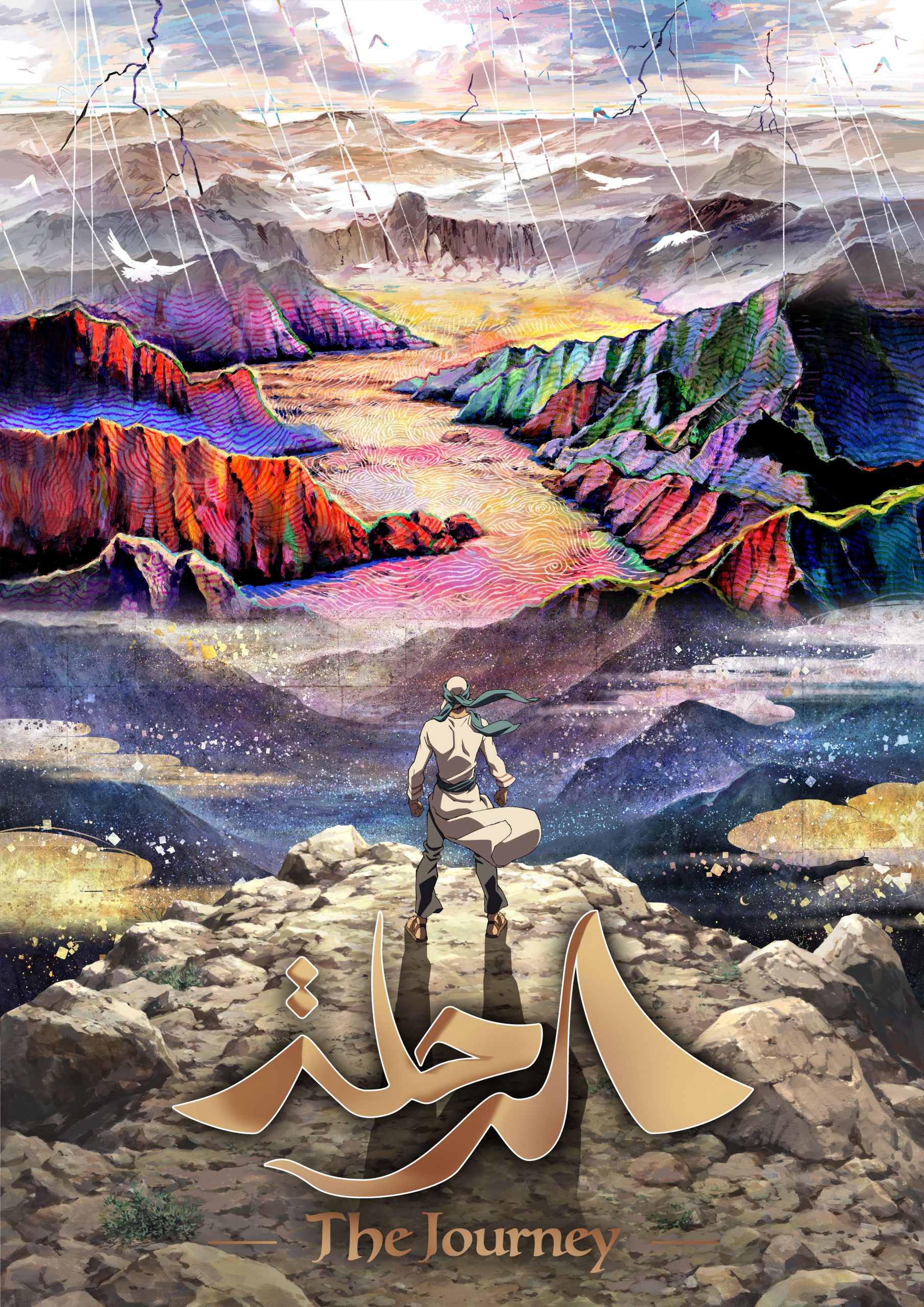 A Co-Production with Major Japanese Studio TOEI, “The Journey” is First Saudi Animated Film in Global Movie Theatres to use 4DX Technology

Using 4DX technology, the film is an epic story that tells historic fantasia of ancient civilizations of the Arabian Peninsula and Middle East in an attractive and high-quality art style, turning those stories immortal and passing them on to generations to come, whilst celebrating the melodical beauty of the Arabic language through this inspirational creative content.

The tale is directed by Shizuno Kubo who previously directed “Godzilla” and “Case Closed” (Detective Conan), and is a co-production with Japanese major TOEI Animation, expanding on a pact Manga Productions and TOEI made to produce animated content together.

The story tells the journey of a group of men who humbly armor up themselves to protect their city which has never been exposed to war, motivating them to cherish everything they love in their city. Aws is a simple potter who lives among his and his wife’s family. At this fight will not be his first battle, as he has a secret past that no one knows about. Will the citizens win the battle with nothing but their simple defenses and their love for their city and their people in order to defeat the colossal army?

The animation work on “The Journey” was done in both Riyadh and Tokyo, employing a production team of over 300 people. Manga Productions authored the main idea and concept of “The Journey”, with a goal to present the ancient civilizations of the Arabian Peninsula and Middle East in an attractive and high-end form of animation that is universally enjoyed by children and families of all generations.

Currently in post-production, Manga expects “The Journey” be ready for a world premiere screening in Cannes in May during the Marche du Film.

Manga Productions fully financed the project, which serves as its biggest-budget project to date, and maintains worldwide distribution rights. Manga Productions and TOEI collaborated on the pre-production and creation of story, character design, backgrounds and other assets on which both Japanese and Saudi artists worked together.

Manga Productions’ CEO Dr. Essam Bukhary said, “Both the VOX and T-Joy teams have a keen understanding of the audience in their respective countries who will love this film and are astute at reaching them in unique ways, resulting in great connectivity with audiences and a mutually beneficial relationship for our companies. They have been down this road before, and have had tremendous success. We are excited that “The Journey” is in their expert and very skilled hands.”

“It was an honor – and also a great responsibility – for the Japanese to create a feature-length animation based on the ancient history of the Arabian Peninsula, with different cultures, lifestyles and customs than ours. It is a collaborative movie that Japanese animation professionals and young Saudi Arabian talents created side-by-side, a cultural exchange I am proud of. Distribution in Japan will be by Toei Animation and will be released in T-Joy theatres, an affiliated company of Toei Animation”, said Shinji Shimizu, Chairman of TOEI Animation.

VOX Cinemas’ Chief Content Officer Toni AlMassih added that “The Journey” is unique in telling a Middle Eastern story using Japanese anime art style. This approach is a fresh experience the audiences have not witnessed before.

“The Journey” is a live testament of the Saudi talents and their capabilities to collaborate with international partners and produce creative local content at the highest standards, and export the Saudi creativity and culture to the world. The animated film remains a milestone project for Manga Productions as it validates our efforts to become the regional leader and a global pioneer in the animation and values driven content space.  We see the film as being representative of our larger role in creating the ecosystem throughout Saudi Arabia and the Arab world. We exist to inspire everyone to be the hero of their stories”, Dr. Essam Bukhary concluded.

In collaboration with Misk Initiatives Center, Manga Productions offers wide opportunities, complementing the rise of Saudi talents while investing in their potential by training them in TOEI Animation studios, aiming to attract those talents to work on projects. Manga Productions’ first anime series “Future’s Folktales” is currently broadcasting on MBC 1 channel and the Shahid digital platform every Friday since January 2020. The series gained more than 12 million views and has 50 million in reach on social media platforms in its first two episodes.