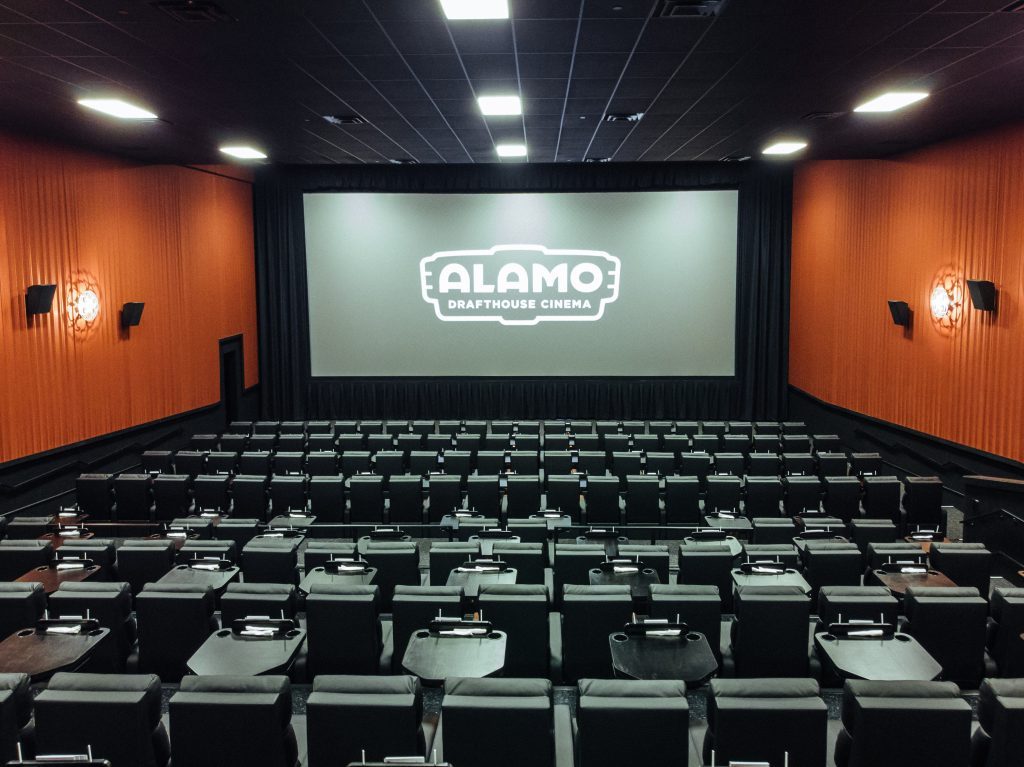 Alamo Drafthouse Cinema locations are known for introducing “firsts” to their customers, and they can add another to the list: the first U.S. installations of Sony’s 4K laser projection systems, installed at the just-opened Alamo Drafthouse Lake Highlands theater in Dallas, Texas.

According to the location’s owner and COO, Bill DiGaetano, rolling out the state-of-the-art projectors is right in line with the Alamo Drafthouse approach of putting the customer experience first.

“Alamo Drafthouse has always prided itself on being the best in every category,” DiGaetano said. “If that’s our food, we make it from scratch in-house. If that’s our beverages, we use local purveyors for the best craft cocktails and beers. We’ve always done the same with projection systems and technology, whether it’s 4K digital, 7.1 Dolby and now the new laser 4K. We’ve never wanted to give our guests an excuse to go to another theater, so we are determined to provide the best of everything.”

DiGaetano’s first experiences with Sony projection were in 2012, when he opened his first Alamo Drafthouse location. Since then, the increased guest traffic, higher-quality presentation and improved operations have combined to more than recoup his investment and make the decision to step up to the new 4K laser models an easy one.

“After we first went 4K,” he said, “customer feedback was huge. The picture was so clean and so detailed. We were able to use the fact we had the latest and greatest as a competitive advantage, and we would always see a great spike of business in our venues because we were able to offer a film in 4K.”

He added when the 4K laser phosphor became available, taking the next step was obvious, due to his experience with Sony performance and reliability.

“What’s pretty sexy about the new Sony Phosphor laser projection is there are still four light sources, so as long as the blue doesn’t blow we can still keep the movie rolling,” said Jordan Michael, creative director of Alamo Drafthouse Cinema DFW. “That’s an amazing feature that really only Sony provides. No down time.”

Following the opening of Alamo Drafthouse Lake Highlands, the next locations for the 4K laser systems are Denton, Texas, and Woodbury, Minnesota, over the next few months for a total of 25 laser SRX-815P models.

“We always want the new hot thing in town,” said Michael. “We wanted to be in the 4K digital scene first, and we got to it, just in time for Avatar, which at the time was the hot new movie. We’ll do whatever is needed to get the best quality for our guests.”

He added that having 4K projection has allowed them the flexibility to offer different types of programming for their guests.

“We love being able to feature a really nice 4K restoration of a film that’s 30 years old,” he said, “showing it in its former glory, brighter and better but still honoring how it was created in the first place. These laser projectors allow us to give someone something old in a new way. That is definitely one of our hallmarks.”

Another anticipated benefit of laser projection is the elimination of frequent bulb replacements, which translates to significant long-term cost savings. Combined with the projectors’ enhanced image quality, Alamo Drafthouse Lake Highlands is able to elevate its presentation.

“That is king for us, because the type of movie-goers we attract really care about presentation,” DiGaetano said. “To be able to promise the best contrast, the best color, the brightest screens, is amazing for us. We spend a lot of time making sure our screens are bright. We are constantly taking reads, making sure we’ve got the right parameters, making sure everything’s popping. We believe keeping up with that quality control is critical and with these lasers, we don’t even worry about it, we just know it’s going to be bright and look great. It makes it even easier for us to be the best.”