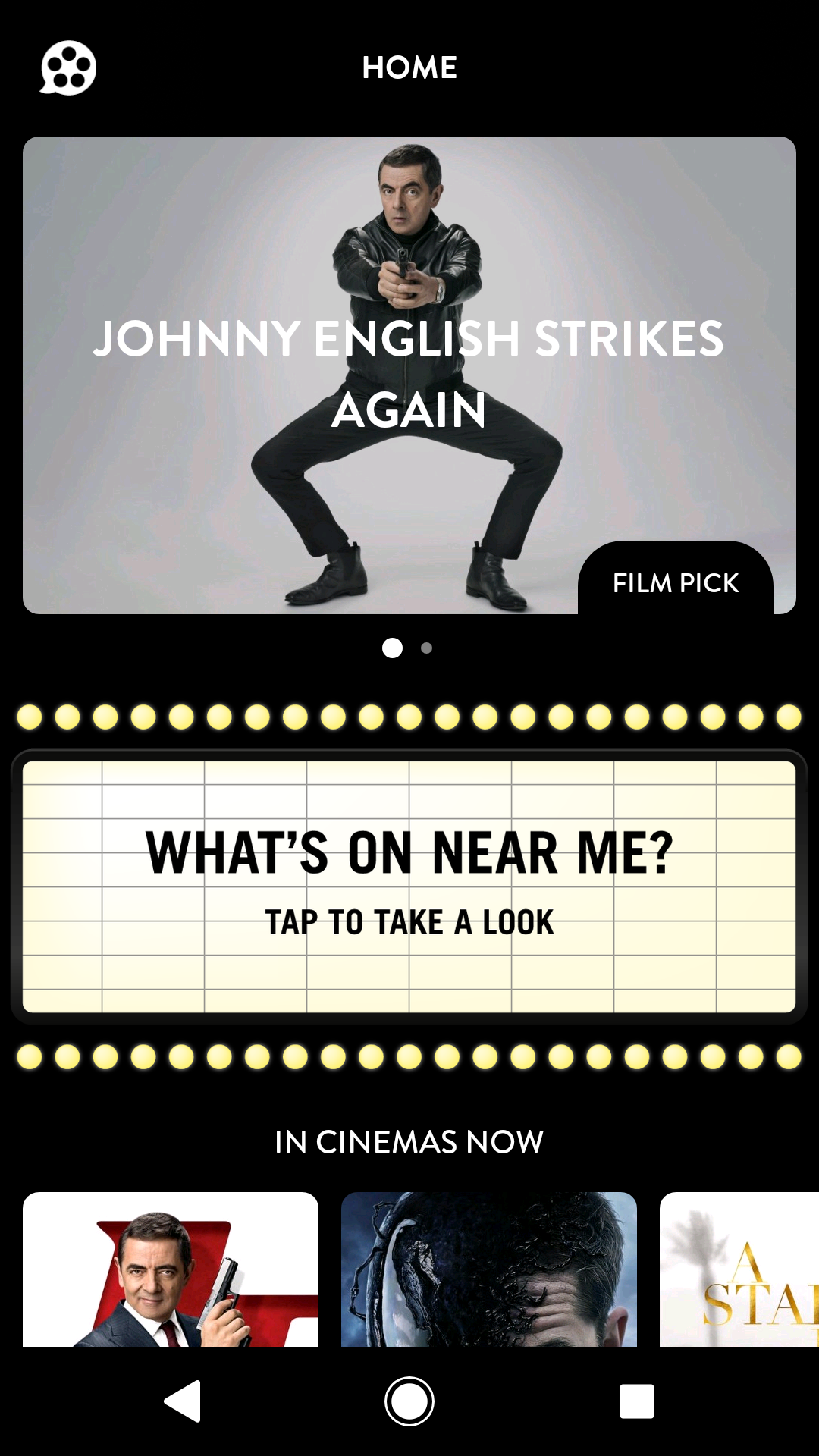 Distributors to get information on product interest

Users can now receive push notifications on their handsets which announce release days of theatrical and home entertainment titles. At the moment, notifications are set to go out at 8am to catch the attention of commuters when they are fiddling with their phones.

It is now possible for users to add reminders about when they can watch their most anticipated films to the calendars on their phones. The app will sync notable days of release and mark them as all-day events. The user will then be notified of these events in the morning if they wish. iPhone users can also opt to be sent a deep link to the specific film page within the app. Film pages include screening schedules of the 5 closest cinemas to them and order links to retailers including Amazon, iTunes, Google Play, Zavvi and HMV.

New developments have also been made within the ‘Clubs’ section. In this section, users can create or join clubs and discuss films, local events or general topics of interest. The new function allows users within a club to share a film page from the app to fellow members. For example, if someone in a club wants to seeJohnny English, they simply click the film’s icon, search the film and click share. Other members can then click on the shared icon, which will take them directly to the film’s page where they can purchase their own ticket/DVD.

Creator Wez Merchant says “It became apparent during the development of the app that whilst we had a great looking and capable app, it needed to appeal to the industry as well. We can now monitor the number of notification adds and calendar click throughs. In turn, we can provide accurate feedback to advertisers and distributors about what titles are generating interest. Now, users will receive a notification on the day of release to really accentuate the ‘buy now’ message and encourage the desire to get there first. Plus, if people are like me and don’t decide what they want to do until the day due to busy schedules and life getting in the way, this new addition provides a timely reminder.  Similarly, it’s cinema chain neutral so brings up your nearest five cinemas.”

In other news, MyFilmClub has generously sponsored the tote bags at this years forthcoming Film & Television Charity Party on 14th November. They are also providing a sponsorship package to MediCinema for their media auction at the Hallowe’en Movie Quiz on 30th October.

The app allows users to create clubs, watch trailers, find and book cinema tickets and most impressively, to chat to other film fans within specific ‘clubs’. It is this social element that helps this unique app reach out to those who feel isolated due to social anxiety or other mental health disorders.