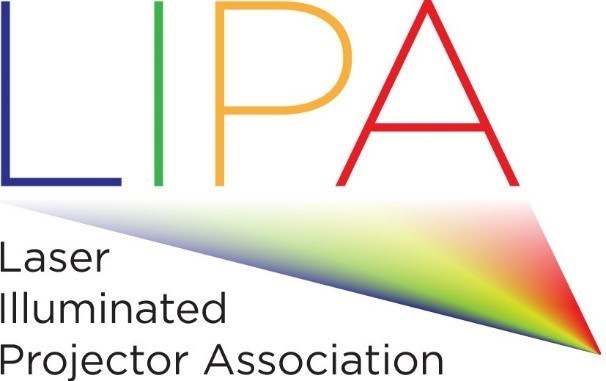 Barcelona (June 11, 2018) – Against the backdrop of the CineEurope 2018 industry event here in Barcelona, the Laser Illuminated Projector Association (LIPA) is pleased to report that the industry has witnessed continuing strong growth over the last two years in the adoption of digital laser projectors, worldwide.

As of the end of 2017, the global installed base of high-end RGB laser projectors had reached nearly 700, an increase of nearly 100% since 2016, according to industry analysts at IHS Markit, a prominent cinema-industry observer and research firm.  In addition, the analyst firm also reported that, according to industry sales figures estimates, the number of laser phosphor projectors installed in cinemas has now surpassed 10,000; again an approximately 100% growth rate over the previous year.

“These numbers are outstanding. LIPA and its member companies, prominent manufacturers, are seeing the benefits of their combined promotional and industry governance work reflected in this success,” said Jan Daem, LIPA Chairperson. “Based on input from our member manufacturers, it seems order books are also pretty healthy for 2018 so far, so we’re expecting similar growth rates to last year, with RGB unit installations very likely topping well more than 1000 sites, and similar growth of phosphor units,” Daem said. “With such strong growth for the whole industry, it is more essential than ever that LIPA is there to represent the interests of its members and worldwide cinema viewers.”

As an industry association, LIPA’s mandate is to focus on speeding the adoption of laser illuminated projectors (LIPs) across all venues worldwide and to help enable the enacting of regulatory change for the industry. LIPA’s mission supports its members, all leading providers of laser projection solutions, to markets worldwide.

Daem also believes the market is increasingly convinced about installing LIPs because of the ever-improving quality of the technology being developed by its member companies, which is evident in the higher resolution, higher contrast, brighter and more varied colours, brighter and more vivid 3D films, and vastly better energy efficiency. In addition, the industry has continued to improve TCO (Total Cost of Ownership) for customers, across the spectrum of projector solutions, including OEM retrofits/upgrades, fibre solutions, phosphor and full RGB.

IHS Markit’s analysts also believe growth is helped by the fact that prices for high-end lasers have been coming down now that all laser projector manufacturers are offering RGB machines, including industry leaders such as Christie, Barco, NEC, IMAX and Dolby.

LIPA’s Daem believes the industry is headed in the right direction, but more work is to be done. “We will continue our efforts to assist the industry to speak with one voice, lowering potential market confusion and strengthening our members’ seat at the table of regulatory discussions,” he said.

Going forward, LIPA’s board sees evidence that market product safety regulations are slowly harmonizing worldwide, and as that happens, LIPA will put more effort into communication, education and support of new markets. LIPA believes its role should increasingly be as the key source of reference when it comes to guidance, white papers, studies, research data from surveys and other tools for LIP end-users, as much as it is today with regulators and standardisation bodies.

About LIPA
LIPA was founded in May 2011 to speed the adoption of laser illuminated projectors into theatres and other public spaces worldwide by providing the information needed to enact regulatory change and educate stakeholders. Laser Illuminated Projectors are enabling higher quality, brighter images, more efficient power usage and lower operating costs for projector installations from movie theatres to classrooms. Learn more at www.LIPAInfo.org.