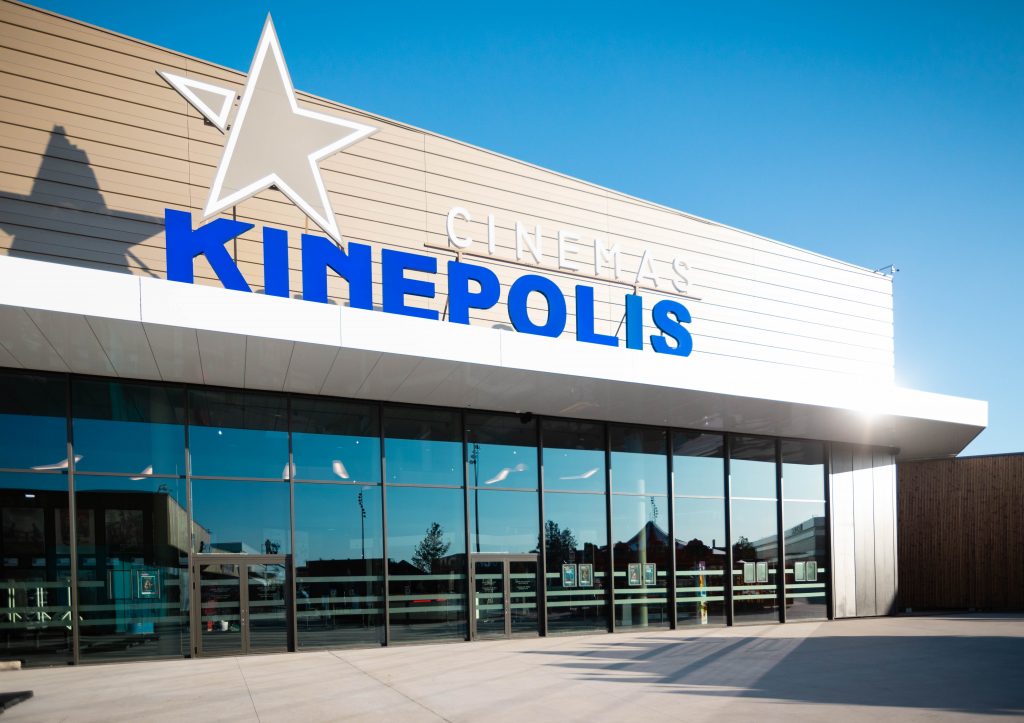 Today, Kinepolis Group is officially inaugurating a new cinema complex in Servon, the second Kinepolis cinema in the Île-de-France region, exactly one year after the first was opened in the same region (Kinepolis Brétigny-sur-Orge). The new cinema, which opened its doors to the public on September 18th, is leased by Kinepolis and is part of the Eden commercial zone, a leisure centre with facilities for bowling, karting, fitness and numerous food establishments. Kinepolis expects to receive 400,000 visitors per year in Servon with 9 screens and 1,208 seats. Like all recently opened Kinepolis cinemas, Kinepolis Servon is also fully equipped with Barco laser projectors from Cinionic.

Tomorrow, on 4 October 2019, Landmark Cinemas Canada, which has been part of Kinepolis since the end of 2017, will be opening a new cinema in Regina, in the Canadian province of Saskatchewan. This cinema is an integral part of the new Aurora retail park. Landmark Aurora Regina has 8 screens and is fully equipped with recliner seats. This premium movie-going experience features a motorized, fully reclining seat with footrest to provide visitors with a significant increase in personal space and a relaxing movie experience.

The new cinema in Regina is notably the first cinema in Canada to be fully equipped with Barco laser projection. Laser projection provides rich dynamic colours, superior contrast ratios and sharper images, and uses up to 40% less energy than conventional xenon lamp-based projectors. One of the theatres features Laser ULTRA, the Kinepolis concept that combines 4K Barco laser projection with the immersive Dolby Atmos sound, providing an unmatched viewing experience. Laser ULTRA is a well-known European Kinepolis concept that was introduced for the first time at the Landmark cinema in Shawnessy earlier this year. The concept is very well received by visitors.

Eddy Duquenne, CEO Kinepolis Group: “These new openings contribute to consolidating our footprint in France and Canada and to the further international rollout of our business strategy. Kinepolis fosters a culture of continually improving customer experience through innovation and we always take pride in allowing customers in new regions to discover our movie experience.”

These newly opened cinemas and the previously announced acquisition of MJR in Michigan (which is expected to be completed very shortly) will bring the number of Kinepolis cinema complexes to 109, spread across Europe, Canada and the US.

In total, Kinepolis Group currently operates 99 cinemas (45 of which it owns) worldwide, with a total of 901 screens and almost 180,000 seats. Kinepolis employs 3,800 people, all committed to giving millions of visitors an unforgettable movie experience. More information on www.kinepolis.com/corporate.