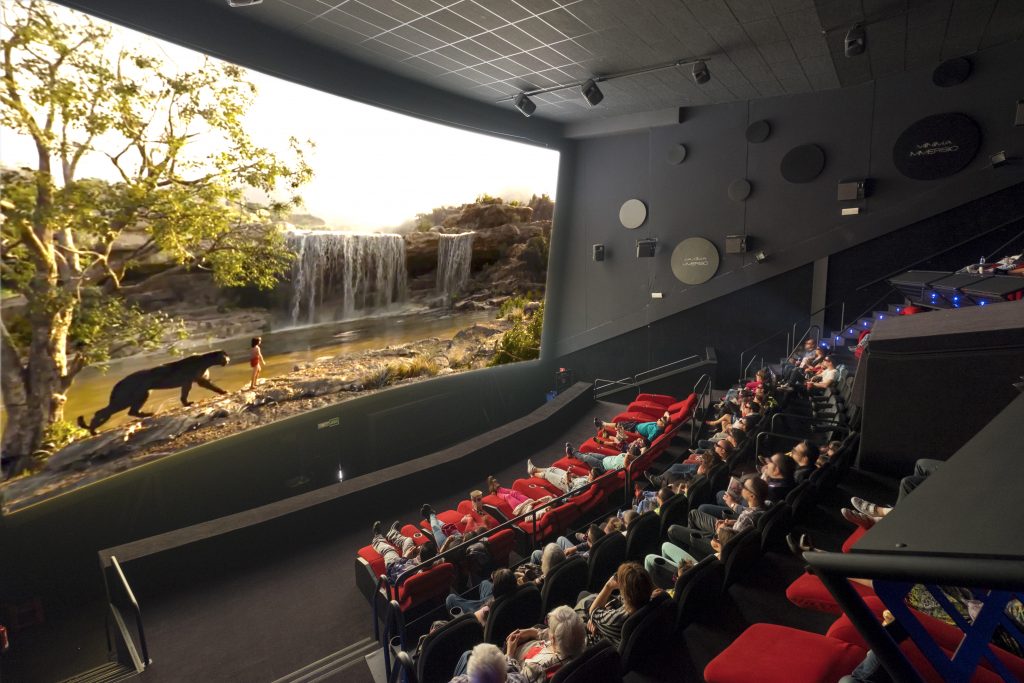 Kinepolis Group has reached an agreement for the acquisition of two Spanish cinemas, namely ‘Full Cinemas’ in Barcelona and ‘El Punt Ribera’ in Valencia. Both cinemas are part of the El Punt cinema group, which is owned by the Sallent family. The ‘El Punt Vallès’ cinema, also located in Barcelona, is not included in the transaction.

The ‘Full’ megaplex in Barcelona has 28 screens with in total 2,687 seats and welcomes more that 1.3 million cinema-goers every year. It is the second-largest cinema in Spain after Kinepolis Ciudad de la Imagen in Madrid. The complex is rented and situated in the commercial centre ‘Splau’ in Cornellá de Llobregat, close to the airport and 14 km south of Barcelona. The ‘Full’ cinema complex is the flagship of the El Punt group: all screens boast high-quality 4K projectors and 19 screens have Dolby Atmos sound.

The ‘El Punt Ribera’ cinema is located in a commercial district in Alzira, 44 km south of Valencia. The complex, of which the property is in ownership, has 10 screens – each featuring Dolby 7.1 sound – and 2,528 seats, and attracts more than 300,000 visitors annually.

Eddy Duquenne, CEO of Kinepolis Group: “I am very excited about this latest acquisition. The philosophy of ‘El Punt’ aligns very well with that of Kinepolis: they aim for quality and constantly try to improve the products and services they offer. Innovation is at the forefront, illustrated by the extremely well-equipped theatres featuring the latest in digital technology. This acquisition will further strengthen our market position in Spain and will allow us to offer the Kinepolis experience to an even wider audience.”

The transaction has an enterprise value of € 25.8 million. The acquisition is subject to approval by the Spanish competition authority.