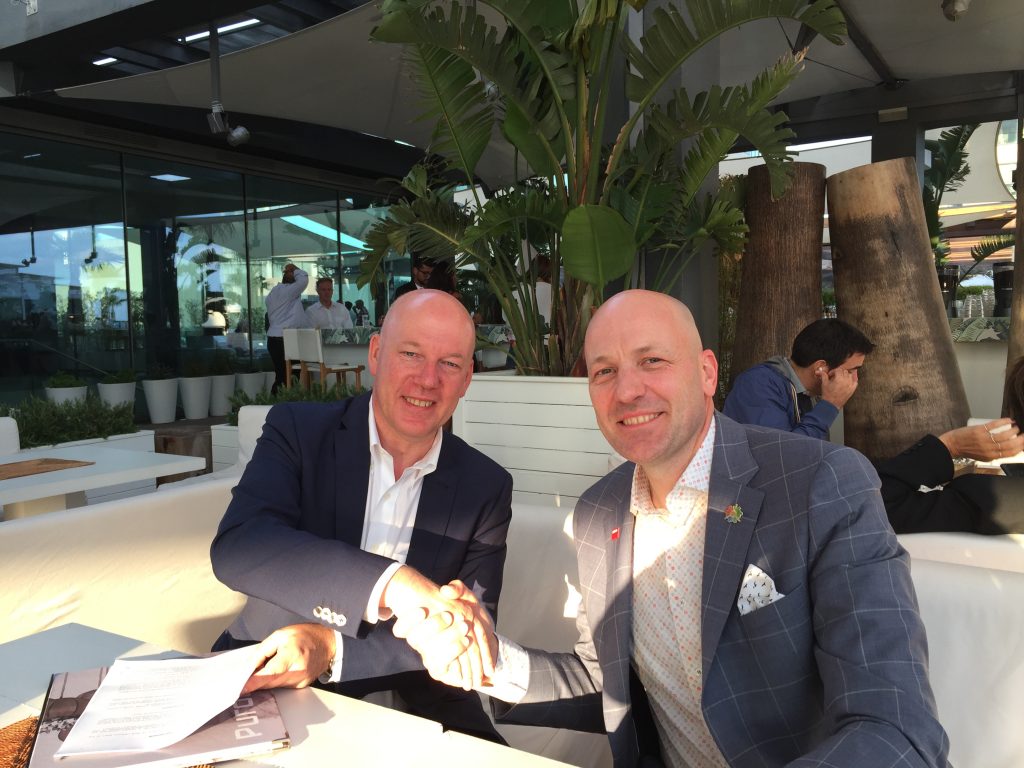 Cinionic, the Barco cinema joint venture, will be the exclusive laser projection partner for Kinepolis, launching the replacement wave by outfitting hundreds of existing and new screens with Barco laser over the next three years across Western Europe and Canada.

Laser powers the premium experience in every auditorium

“After fantastic results from our earlier Barco laser projector deployments, we’re excited to strengthen our partnership with Cinionic and roll-out laser to new theaters and other existing sites,” comments Eddy Duquenne, CEO of Kinepolis. “As a pioneer for many of the Barco’s cutting-edge cinema technologies we are proud to offer our customers the ultimate moviegoing experience they’ve come to expect from us. And what’s more, Barco laser projectors provide superior image quality, while saving energy compared to Xenon based projectors.”

A growing commitment to Barco laser

Kinepolis was the first exhibitor to launch an all-laser powered by Barco cinema complex in Europe in August, 2016, with the opening of its 10-screen theater in Breda, the Netherlands. After evaluating performance during the first year of operation, theater manager Vicky Vekemans shared that “Customer satisfaction surveys clearly show that visitors prefer laser-illuminated projection.” Kinepolis has since opened all-laser cinemas in three additional locations and will, within weeks, open two new all-laser sites in ‘s-Hertogenbosch, the Netherlands, and Brétigny-sur-Orge, France.

The perfect solution for an all-laser multiplex

“We are honored that our long-term cinema partner Kinepolis has chosen Barco laser as their exclusive projection technology to expand their international footprint in premium cinema,” comments Wim Buyens, CEO of Cinionic. “It is our fondest desire to empower Kinepolis with a full complement of cinema experiences that help them differentiate their entertainment offering for today’s moviegoers.”

About Kinepolis
Kinepolis Group NV was formed in 1997 as a result of the merger of two family-run cinema groups and was listed on the stock exchange in 1998. Kinepolis offers an innovative cinema concept which serves as a pioneering model within the industry. In addition to its cinema business, the Group is also active in film distribution, event organization, screen publicity and property management.
In Europe, Kinepolis Group NV has 50 cinemas spread across Belgium, the Netherlands, France, Spain, Luxembourg, Switzerland and Poland. Since the acquisition of the Canadian movie theatre group ‘Landmark Cinemas’ in December 2017, Kinepolis now also operates 45 cinemas in Canada.
In total, Kinepolis Group currently operates 95 cinemas (43 of which it owns) worldwide, with a total of 829 screens and more than 180,000 seats. Including the acquired Canadian organization, Kinepolis now employs 3,750 people, all committed to giving millions of visitors an unforgettable movie experience. For more information, visitwww.kinepolis.com/corporate.

About Cinionic
Cinionic is transforming cinema, providing comprehensive WOW entertainment solutions to movie exhibitors across the globe. We help turn imagination into reality and ensure peace of mind for our customers by offering innovative services and flexible use of capital for a new era. Combining the technology expertise and heritage of our partners, Cinionic powers exceptional experiences across the entire theater to engage visitors at multiple touchpoints in their cinema journey.
Cinionic is a joint venture among Barco, Appotronics, and CFG, with offices in the United States, Belgium, Hong Kong and Mexico; the legal entity is planned to take effect mid-2018. Visit www.cinionic.com and follow us on Twitter,LinkedIn, Facebook or YouTube for more info.

About Barco
Barco designs technology to enable bright outcomes around the world. Seeing beyond the image, we develop visualization and collaboration solutions to help you work together, share insights, and wow audiences. Our focus is on three core markets: Enterprise (from meeting and control rooms to corporate spaces), Healthcare (from the radiology department to the operating room), and Entertainment (from movie theaters to live events and attractions). In 2017, we realized sales of 1.085 billion euro. We have a team of 3,600 employees, located in 90 countries, whose passion for technology is captured in 400 granted patents.
For more information, visit us on www.barco.com, follow us on Twitter (@Barco), LinkedIn (Barco), YouTube (BarcoTV), or like us on Facebook (Barco).