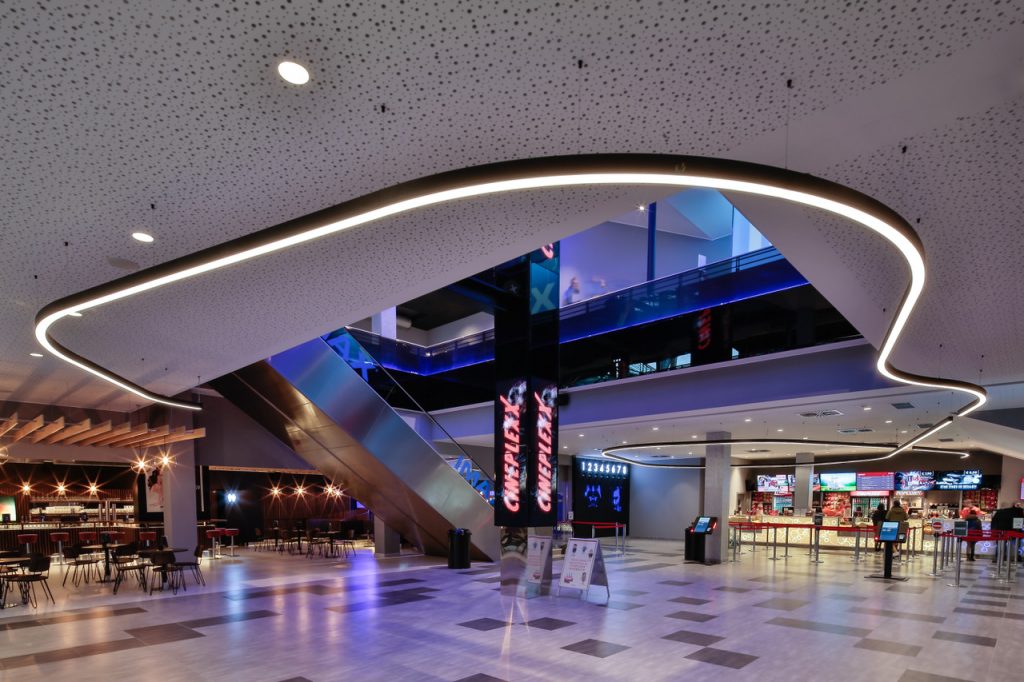 The Austrian cinema market leader is investing 25 million euros in the construction of eight venues in Romania. The first two cinemas will open in the first quarter of 2019 in Bucharest and in Satu Mare.

The Austrian-based international cinema operator group, Cineplexx, is continuing to broaden its international market presence as it expands into the Romanian market for the first time. By 2021, the largest cinema operator in the SEE region – which currently comprises 22 venues from Slovenia through to Greece – will set up eight cutting-edge movie theatres in several Romanian cities, thereby introducing the latest image and sound technology. The company has entered into long-term lease contracts with renowned shopping mall operators in various Romanian cities. In the first quarter of 2019, the first two venues will open in Bucharest and in Satu Mare in the northwest of the country. A further two more venues are planned for the end of 2019.

“We see great potential for development in the Romanian cinema market and – based on a clear “second-mover” strategy – we have decided to develop premium movie locations in several new shopping malls. Furthermore, we are currently investigating “refurbishment projects“ that may also be added to our portfolio in the future,” says Christof Papousek, managing partner of the Cineplexx cinema group.

After the initial expansion of four new locations in 2019, Cineplexx is planning to open four additional cinemas: two in 2020, and a further two by the end of 2021. In total, Cineplexx will invest 25 million euros into the construction of more than 50 screens. Cineplexx already maintains a strong presence within the SEE region and is therefore well positioned and prepared to provide excellent conditions in the Romanian market. On the one hand, its presence generates large operative synergies, and on the other, it facilitates optimal use through its well-established infrastructure and professional know-how. With this next new development, Cineplexx will continue its successful expansion strategy in southeast Europe, thereby consolidating its position as the largest leading cinema operator across the entire SEE region.

In mid-November, Cineplexx will be opening a cinema with eight screens in the “Promenada” shopping mall in the Serbian city of Novi Sad. Shortly thereafter, in midDecember, the second Cineplexx cinema will open in the Albanian capital of Tirana.

“With our entry into the Romanian market, we are once again emphasising our counter-cyclical investment strategy and are preparing ourselves for forthcoming strong years for cinema in 2019 and 2020. World-famous blockbuster series, including Star Wars, James Bond and Avatar, are currently being produced and will ensure new visitor records”, says Christian Langhammer, CEO and main shareholder of the Cineplexx cinema group.

Cineplexx has taken a leading role in the entire SEE region in cinema technology, particularly regarding laser projection, 3D cinema, IMAX®, Dolby VisionTM laser technology and cutting-edge sound technology. Only recently, the first cinema in the German-speaking region equipped with a Samsung Onyx LED screen was opened in Vienna.

About Constantin Film-Holding GmbH
The film distributor Constantin Film Holding GmbH was founded in Austria in 1951. In 1967, with the acquisition of the “Kreuz Kino” in downtown Vienna, a second mainstay was created in the segment of cinema operations. Twenty-five traditional movie theatres and cinema centers operated in this segment right up to the early 1990’s. Following a structural change in cinema operations, the Cineplexx Kinobetriebe GmbH, a subsidiary of the  Constantin Film Holding GmbH, was founded in 1993. The company developed during a time in which many traditional movie theatres in Austria were driven out of the market and multiplex cinemas set new standards in this sector. Constantin Film reacted to this trend and formed a group, which currently includes 20 large cinemas with a total of 158 screens. Furthermore, there are also six traditional movie theatres with a total of 18 screens as well as further joint ventures with the Star-Movie Group in Upper Austria. In 2009, the Cineplexx INTERNATIONAL Gmbh started expanding to Austria’s neighbouring countries and the first cinema outside Austria was opened in Bolzano, South Tyrol. Cineplexx INTERNATIONAL also took over a cinema in Zagreb’s city centre, thus laying the foundation for expansion into the West Balkan countries. Further Cineplexx cinemas followed in 2011 and 2012 in Croatia, Serbia, Montenegro and Macedonia. In 2013, Cineplexx established five Cineplexx multiplex cinemas in Slovenia and the first seven-screen cinema in Albania. In spring 2014, another cinema was opened in Serbia: Uš?e shopping centre in Belgrade is the largest unit offering 11 screens and seating capacity for more than 2,500 people. The most recent expansion took place in March 2018 with the opening of the Cineplexx Parndorf. Today, Cineplexx operates 44 multiplex cinemas and six traditional locations in Austria, Croatia, Serbia, Slovenia, Bosnia and Herzegovina, Montenegro, Macedonia, Albania, Greece and Italy, offering 300 screens. In 2017, the company’s working force included 1,500 employees, the overall turnover amounted to 140 million euros, and the number of Cineplexx visitors reached almost 12 million. More information is available at www.cineplexx.at