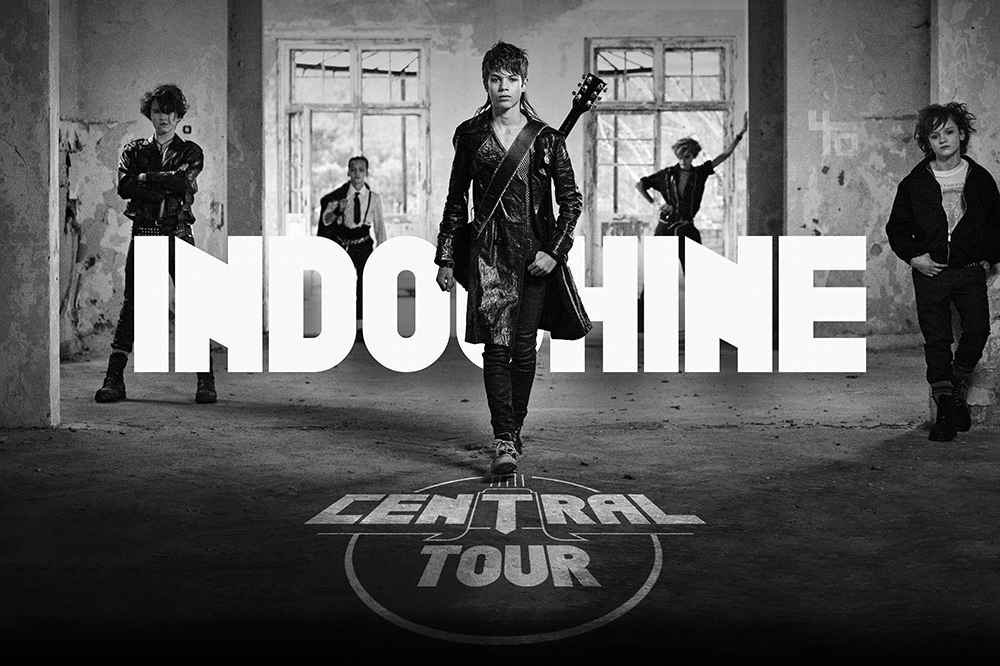 MAX Corporation (NYSE: IMAX) and Pathé Live today announced a new partnership to bring French pop-rock band INDOCHINE to IMAX screens this Fall. This week, the sold-out INDOCHINE -CENTRAL TOUR concert at the Groupama Stadium in Lyon, France on June 25, 2022, will be shot with 22 IMAX-certified cameras — the first concert ever to be released through the Filmed for IMAX camera program.

The event cinemas release will launch exclusively in IMAX theatres across France and select markets on November 23, 2022, before screening for one-evening only in non-IMAX theatres the following day. Outside of France, the exclusive event cinema release will play in Belgium, Switzerland and other select markets, with additional details to be announced in the coming weeks.

Celebrating the 40th anniversary of the most popular French band, the CENTRAL TOUR has sold more than 400 000 tickets over its 6 stadium shows. It was launched at Stade de France on May 21st in front of 97 036 fans which is a record breaking number attendance among all events held at this location (sport and concert events combined). The spectacular live show features a 147 feet high (45 meters) central tower and the specially designed biggest led screen ever used in a Live concert (27,000 sq ft / 1,400 led panels).

The concert film INDOCHINE – CENTRAL TOUR IN CINEMA is directed by Hans Pannecoucke, produced by KMS, Sony Music and JYL Productions and distributed exclusively in cinemas by Pathé Live.

“IMAX continues to be a global destination for fandom of all kinds, and INDOCHINE is a perfect example of how we’re creating unique and immersive entertainment events on the international stage,” said Megan Colligan, President of IMAX Entertainment. “We’re grateful for the opportunity to work with INDOCHINE during their sold-out CENTRAL TOUR, and to be able to give their legions of loyal fans an unforgettable experience.”

“Pathé Live is extremely excited and proud to bring this spectacular show by the most popular and acclaimed French band to our exhibitor partners and cinema audiences. This first ever Filmed for IMAX concert will offer fans the most immersive and incomparable experience only in movie theatres,” said Thierry Fontaine, President of Pathé Live. “We are very grateful to be working with IMAX, JYL Productions, Sony Music and the Band itself on this ambitious and innovative cinema event.”

INDOCHINE is a French pop-rock and new wave band formed in Paris in 1981. They became successful in the Francophonie, Europe, and Latin America in the 1980s, with songs like “L’Aventurier” and “Canary Bay”. The band has sold over 13 million albums and singles, making them the best-selling French band of all time. IMAX currently has 17 theatres across France, with its first theatre opening in the country in 2005.

IMAX, an innovator in entertainment technology, combines proprietary software, architecture, and equipment to create experiences that take you beyond the edge of your seat to a world you’ve never imagined. Top filmmakers and studios are utilizing IMAX theaters to connect with audiences in extraordinary ways, and, as such, IMAX’s network is among the most important and successful theatrical distribution platforms for major event films around the globe.

IMAX®, IMAX® Dome, IMAX® 3D, IMAX® 3D Dome, Experience It In IMAX®, The IMAX Experience®, An IMAX Experience®, An IMAX 3D Experience®, IMAX DMR®, DMR®, IMAX nXos® and Films to the Fullest®, are trademarks and trade names of the Company or its subsidiaries that are registered or otherwise protected under laws of various jurisdictions. More information about the Company can be found at www.imax.com. You may also connect with IMAX on Instagram (https://www.instagram.com/imax), Facebook (www.facebook.com/imax), Twitter (www.twitter.com/imax) and YouTube (www.youtube.com/imaxmovies).

Pathé Live is a pioneer and leader in the broadcasting of special events only in cinema. Over the last 10 years, Pathé Live has distributed over 200 events in cinemas such as operas, ballets, rock and pop concerts, including LOVE YOURSELF IN SEOUL, BTS’s first concert in 2019 to be distributed in 4,500 cinemas worldwide (including 1,000 in the US alone) in 107 territories for a one-day only event.

Pathé Live is also the exclusive producer and worldwide distributor of the French National Theatre in cinema series (Comédie-Française), live from Paris.

Pathé Live strives to give opportunities to the widest audience to have access and discover universal great classics and masterpieces from prestigious places and allow them to live entertaining, communal and immersive experiences only on the big screen with the best image, sound and comfort.