“DJ Snake: The Concert in Cinema” 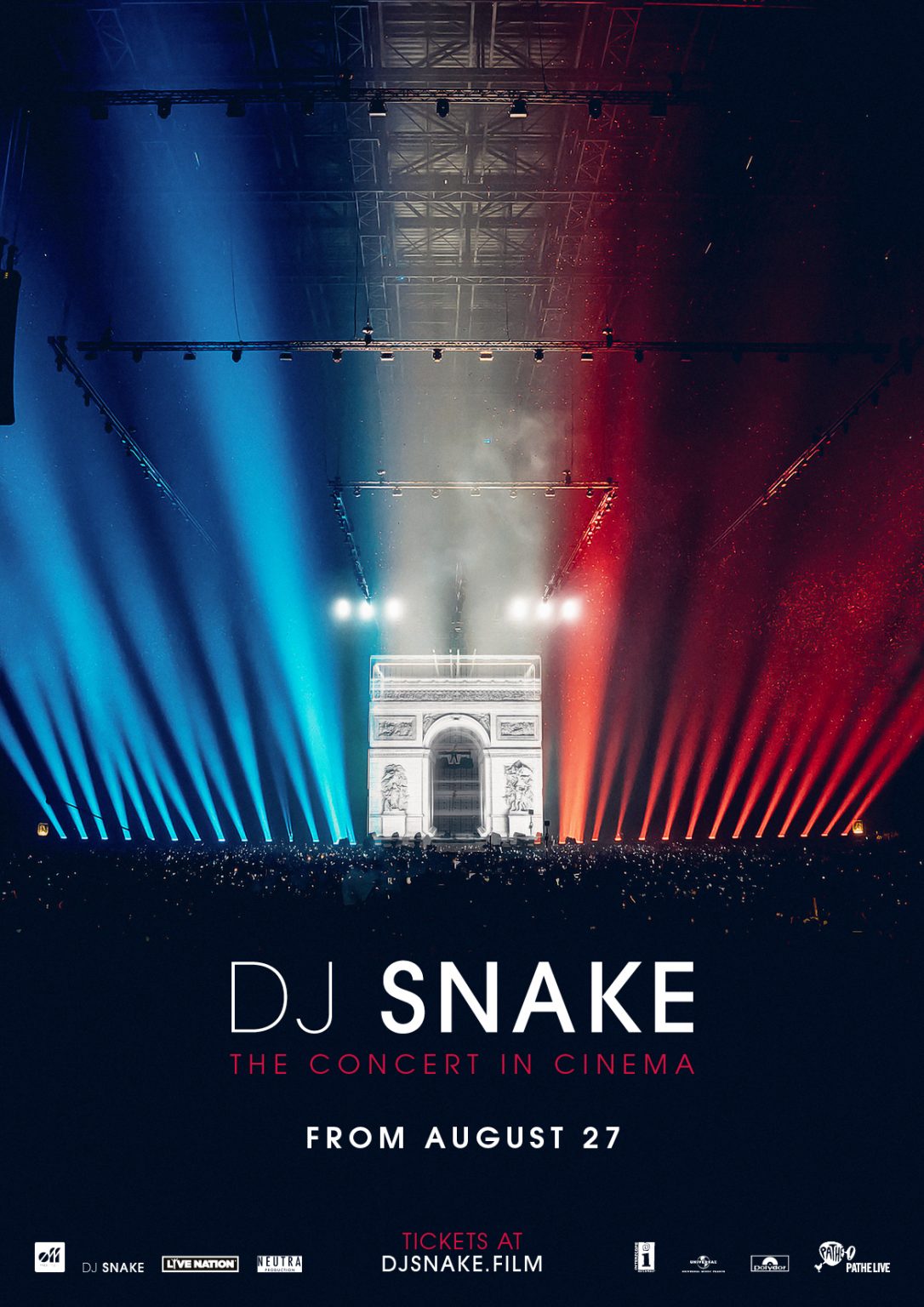 Distributed by Pathé Live, the concert of the most streamed French artist in the world, will be the first major global musical event cinema release since the progressive reopening of cinemas worldwide. The event will be first released in France, DJ Snake’s home country, on August 27th along with select European territories for a unique screening at 9pm local time. Other territories, including his main markets such as the US, India and Latin America, are expected to follow in the last quarter of 2020. Tickets to go on sale progressively according to the health and safety conditions in each country.

The concert film was shot on February 22, when DJ Snake put together a once in a lifetime performance at the Paris La Défense Arena, becoming the first DJ to play such a large venue. From “Turn Down For What”, “Lean On”, “Magenta Riddim” to “Taki Taki”, “Loco Contigo” and “Let Me Love You”, he brought together more than 40,000 fans.

More than 20 cameras captured this historical concert in 4K with a spectacular staging, to experience on the big screen in the best technical and artistic conditions.

DJ SNAKE has collaborated with the biggest world stars, including Justin Bieber, Cardi B, Selena Gomez and J. Balvin.

3 of his songs have over 1 billion streams. He has a following of 7,6M fans on Instagram, 5.2M fans on Facebook and 18.3M fans on YouTube. His top 5 territories are the US, India, Mexico, Brazil and France.

About Pathé Live
Pathé Live distributes a wide variety of content such as operas, ballets, rock and pop concerts, to cinemas worldwide. Pathé Live has distributed over 200 events in cinemas, including BTS’s concert “Love Yourself In Seoul”. This event was released in over 4,500 cinemas in 107 territories for a one-day only event on January 26th this year. It drew 1.6 million fans across the World and generated a global box-office of $14.8m. Pathé Live holds the record for the biggest worldwide one-day box office ever for a cinema event.

Pathé Live is the exclusive producer and the worldwide distributor of the Bolshoi Ballet in Cinema Season and Comédie-Française theatre series, live from Moscow and Paris. This September, Pathé Live will also distribute the art documentary A Night at the Louvre: Leonardo Da Vinci. This house production will be released worldwide in more than 60 countries starting September 16.