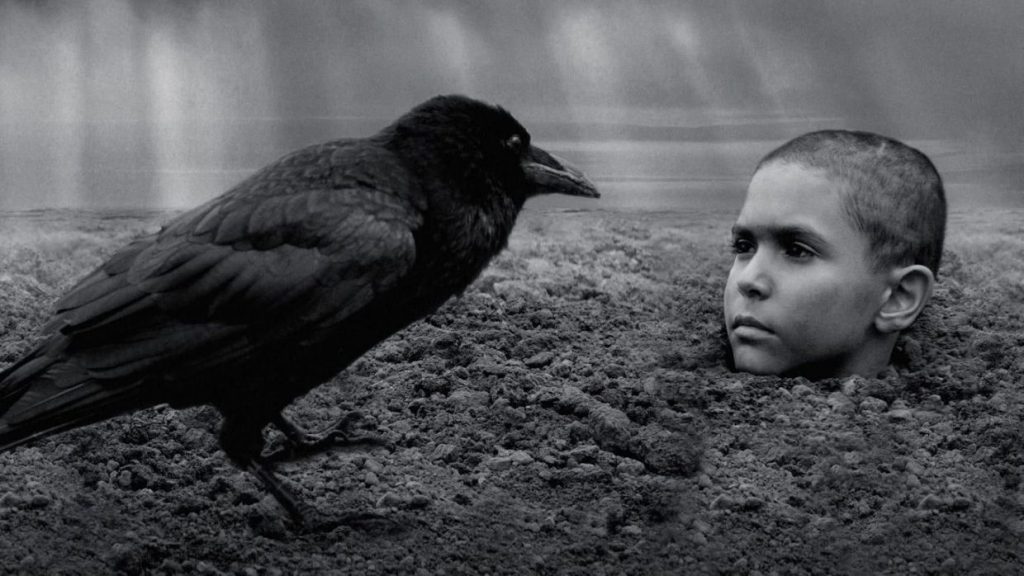 IFC Films announced today that it is acquiring U.S. rights to “The Painted Bird” directed, written, and produced by Václav Marhoul (“Tobruk,” “Smart Philip”). Based on the acclaimed novel by Jerzy Kosinski, the movie was a singular achievement by Marhoul, almost 11 years in the making from the decision to acquire the rights, to the writing of the screenplay, to the casting and production lock. It is also notably, the first ever film made in the invented Interslavic language. “The Painted Bird” stars Petr Kotlár, Udo Kier (“Blade,” “My Own Private Idaho”) Lech Dyblik, Jitka Cvancarová, Stellan Skarsgard (“Dancer In The Dark,” “Nymphomaniac”) Harvey Keitel (“Bad Lieutenant,” “Reservoir Dogs”), Julian Sands (“A Room With a View,” “Naked Lunch”), Aleksey Kravchenko (“Come and See”), and Barry Pepper (“Saving Private Ryan,” “The Green Mile”). It is a Silver Screen production in co-production with Czech Television, Directory Films, Radio and Television Slovakia, Certicon Group, Innogy, PubRes, Monte Rosso Production, with producer Václav Marhoul and co-producers, Eduard Kucera, Milada Kucera, Igor Savychenko, Vladimír Marík, Karel Kraus, Zuzana Mistríková, L’ubica Orechovská, and Richard Kaucký. The film was supported by the Czech Film Fund, Slovak Audiovisual Fund, Ukrainian State Film Agency, and Creative Europe – MEDIA.

“The Painted Bird” had its world premiere at the 2019 Venice International Film Festival then went on to screen at the 2019 Toronto International Film Festival in the Special Presentations section to much acclaim and will be the Czech Oscar entry for the Foreign-Language category at the 92nd Academy Awards. IFC Films will be releasing “The Painted Bird” theatrically in 2020.

“The Painted Bird” is a meticulous 35mm black and white evocation of wild, primitive Eastern Europe at the bloody close of World War II. The film follows the journey of The Boy, entrusted by his persecuted parents to an elderly foster mother. The old woman soon dies, and the Boy is on his own, wandering through the countryside, from village to village, farmhouse to farmhouse. As he struggles for survival, The Boy suffers through extraordinary brutality meted out by the ignorant, superstitious peasants and he witnesses the terrifying violence of the efficient, ruthless soldiers, both Russian and German.

Arianna Bocco EVP of Acquisitions and Productions of IFC Films said, “’The Painted Bird’ is a brilliant cinematic achievement with a fiercely accomplished cast to match. We’re incredibly proud to bring such a monumental film to audiences across the country.”

Lisa Schwartz, Co-President of IFC Films added, “IFC Films is committed to providing thought-provoking and challenging films, and this is a prime example of maintaining this core mission and continuing our legacy for nearly 20 years now.”

Hengameh Panahi, President of Celluloid Dreams and Vice-President, Charlotte Mickie added, “We are delighted to be working with IFC again. Their curation is extremely astute, and they have unparalleled expertise with important, provocative movies. We look forward to this new adventure and to American audiences responding to a 21st century masterpiece. We are also grateful to Federica Sainte-Rose at CAA for her support throughout the festival and sales circuit this fall.”

Director Václav Marhoul added, “I am extremely gratified that IFC has acquired “The Painted Bird.” They have demonstrated a deep, sensitive understanding of the message of the movie, which is so important in today’s volatile world. I deeply believe the movie’s advocacy of tolerance, fellow-feeling and community must reach American audiences. IFC will make that happen.”

The deal for the film was negotiated by Arianna Bocco of IFC Films with CAA Media Finance and Celluloid Dreams on behalf of the filmmakers.

About Celluloid Dreams
Celluloid Dreams has been at the forefront of international sales, production, and financing of quality independent films for more than 30 years. Its ‘Directors Label’ stands for the discovery and subsequent promotion of a large number of the most important, awarded and respected film directors of our times the ‘future classics’. Celluloid Dreams’ 2019 line-up includes “Babyteeth” by Shannon Murphy selected for Competition at Venice IFF 2019, “Swallows of Kabul” by Zabou Breitman and Elea Gobbé-Mévellec, selected for Un Certain Regard, Cannes Film Festival, 2019 and “The Painted Bird” by Václav Marhoul selected for Competition at Venice IFF 2019 and Special Presentations at TIFF 2019.