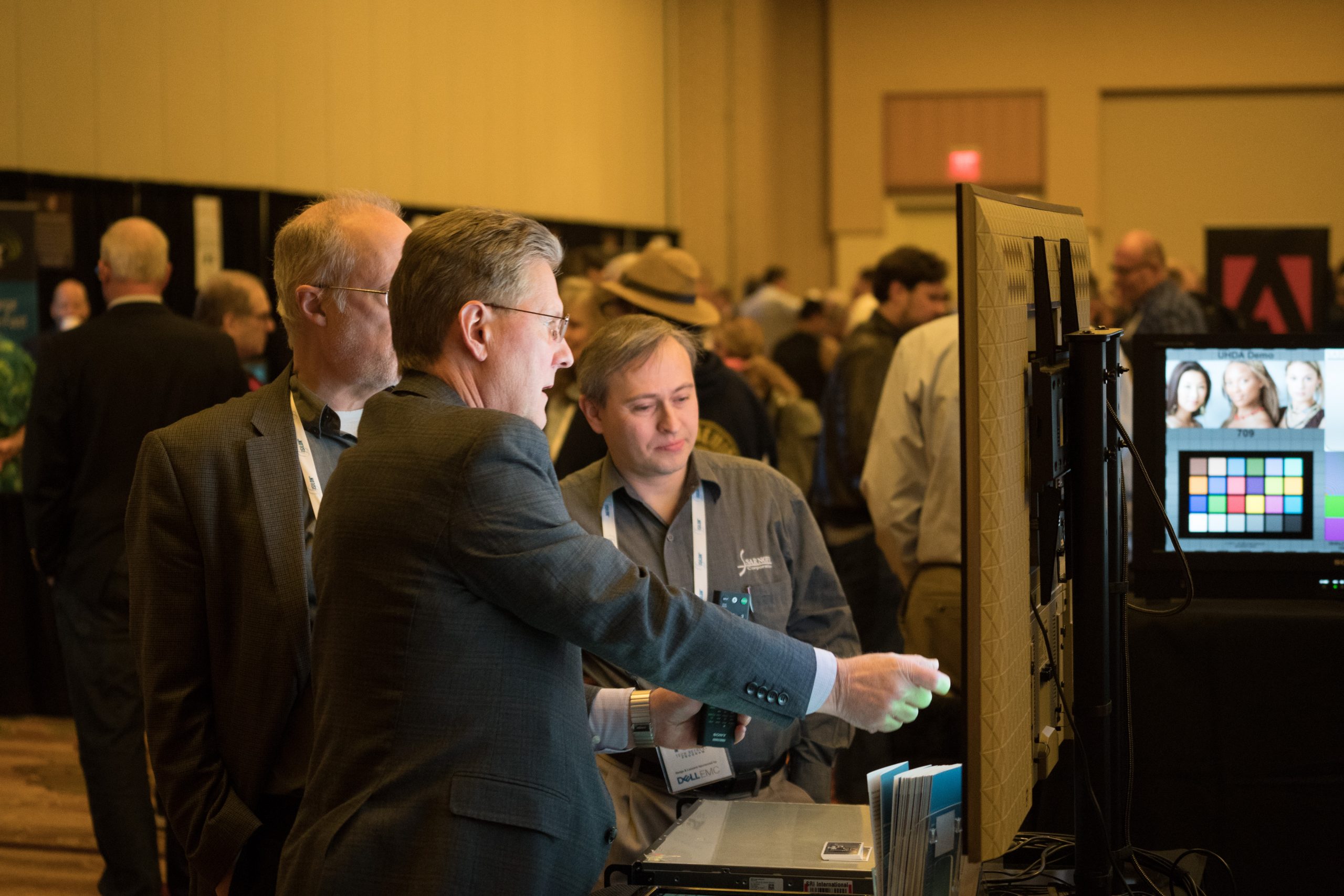 From first image to screening, the latest and most compelling creative technologies will be put into action

BURBANK, Calif. (January 29, 2020) – The Hollywood Professional Association (HPA) has revealed details for a reimagined Supersession set for February 18, the Tuesday of the 2020 HPA Tech Retreat®. For the first time at the Retreat, this year’s Supersession will present a live production – from acquisition through post – of a short movie, in near real-time.  The culmination of the production will be a screening of “The Lost Lederhosen” at the day’s conclusion. Joachim “JZ” Zell, Vice President of Technology at EFILM, is at the helm of this year’s event.

The HPA Tech Retreat, celebrating its 25th year in 2020, is comprised of the main conference program, TR-X, the Innovation Zone and the Supersession. The entire event, which takes place at the Westin Mission Hills Golf Resort & Spa in Rancho Mirage, CA from February 17-20, is filled with networking, conversation, and noncommercial exploration of important trends.

Seth Hallen, President of the HPA, said, “This year we wanted to deliver truly unique programming and demonstrations and ultimately try and showcase some production and post production workflows that have not been seen before. Given the caliber of the Tech Retreat attendees, we know this is an ambitious mission but under the leadership of JZ, a group of talented filmmakers and technologists have come together and have done some incredible prep work on this project that will be showcased at the Tuesday Supersession.  We are extremely excited about this live production demonstration and can’t wait for February 18.”

Zell said, “Supporting artists in telling their stories has become an incredibly challenging endeavor that demands constant attention to the evolution of the tools, distribution, and creative landscape.  It seemed to us that our attendees would be interested to see how we could produce a film, in near real time, at the Supersession. The HPA Tech Retreat is experimental, expert driven and experiential, and we were able to pull in an incredible lineup of people and equipment and workflows to make it happen.”

The short boasts a full crew of talented experts:  Steven Shaw, DGA, ASC (director); Roy Wagner, ASC (cinematographer); Peter Moss, ASC, ACS (camera operator); Sam Nicolson, ASC (VFX camera); Barry Goch (editor); Michael Cioni (frame.io,); and Steve Morris (Skywalker Sound), among many other industry experts. In developing the idea, Zell approached past winners of the HPA Engineering Excellence Award:  Blackmagic Design, Canon, Colorfront, RED, Pixelworks, and CalMan Monitor Calibration, all of whom wanted to participate. They were followed by other preeminent technologies, including Panavision, The Foundry, AVID, and Frame.io. To prepare for this experiment has required extensive planning and preproduction. Fifteen of the film’s 20 scenes were shot in advance in Los Angeles. The final 5 scenes will be shot on a train set built in the conference space incorporating the Stargate powered virtual production stage that enables real-time in-camera VFX.  The production will finish in front of the live audience at the Westin. Los Angeles locations included the ASC Clubhouse, Jameson’s Pub (familiar to HBA members) and the virtual production stage of Lux Machina utilizing the Unreal Engine of Epic Games. Six different cameras from ARRI, RED, Panavision, Canon, and Blackmagic Design, and lenses from Panavision, Zeiss and Sigma are used in the production. Mark Bender, chief drone pilot, will produce the aerials for the movie.

HPA Tech Retreat attendees will watch the action unfold directly next to them, in the conference area. A virtual pre production meeting will take place, followed by attendees watching scenes shot live on two large screens in the room showing output from a witness camera and the live camera feed.

When the Supersession breaks for lunch, the data wrangling and management that has been ongoing during the morning production will continue. Live editing and visual effects management will be ongoing throughout the day. The afternoon session turns fully to post- production, editing and visual effects. Nuke compositing and Resolve color grading with dailies processing and audio mixing will be in place, all using a hybrid cloud/on-prem storage workflow. The material shot prior to Supersession will be downloaded from the cloud. On location, a frame.io 5G transmitter will deliver images straight into editorial, but the footage will also live on local storage. Zell notes that studios are increasingly dipping into 5G networking.

The production will work in ACES, shooting in 4K, 6K and 8K, and shifting between SDR and HDR by switching the ACES ODTs. All the data will go into the Amazon Web Services Cloud and the Microsoft Cloud, which will distribute relevant footage to the various collaborators, including AVID, Colorfront, frame.io FCP and Blackmagic, for dailies processing. Zeiss lenses will provide metadata to speed up the VFX work. A colorist will use FilmLight’s Truelight for on-set color, Live Grade for on-set color in Hollywood and Blackmagic’s Resolve for the final color. The Skywalker sound team will create a 7.1, 5.1, Stereo and immersive sound Ambidio version.

The finished film will be screened for the HPA audience at the close of the event. A projected cinema version will be shown in the conference room while other 8K and HDR versions will be shown on the days after in the innovation zone.

The HPA Tech Retreat is a limited attendance event, strictly capped at 700 guests, and it will sell out. Registration is open for both day passes and full conference passes. Onsite registration is not available.

More information about the HPA Tech Retreat, including registration and program details, is available at www.hpaonline.com.