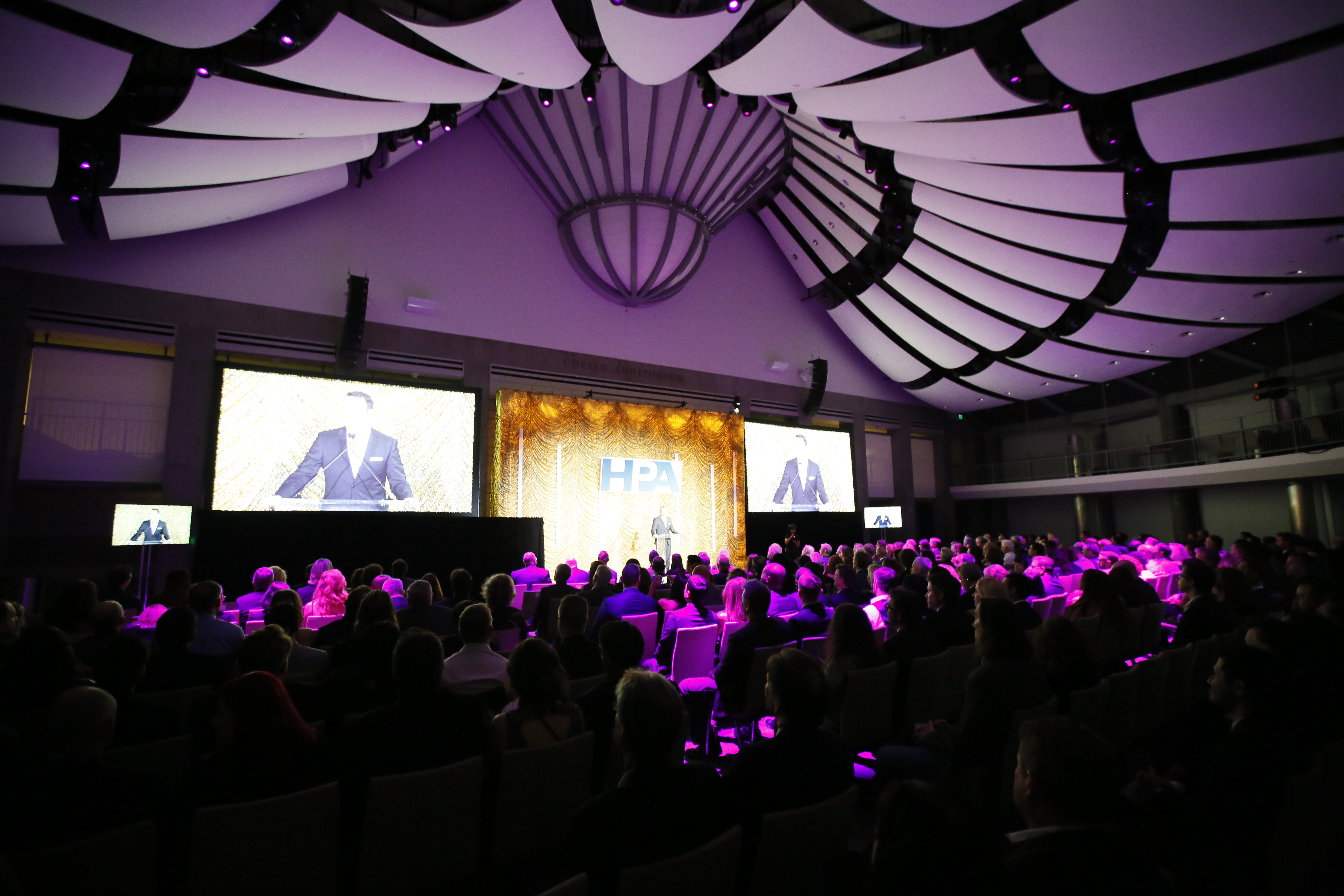 Honoring the Vanguard of Creativity in Editing, Color Grading, Sound and Visual Effects

Burbank, CA (May 14, 2019) – The Hollywood Professional Association (HPA®) has opened its call for entries in creative categories for the HPA Awards. The Awards, now in their 14th year, are considered important recognition for groundbreaking work and artistic excellence, acknowledging creative artistry in color grading, editing, sound, and visual effects in feature film, episodic, and commercials. The 14th HPA Awards gala will be returning to the Skirball Cultural Center in Los Angeles, California on the evening of Thursday, November 21, 2019.

The HPA Awards were conceived to draw attention to the talent and innovation that fuels the professional media content industry. Celebrating the behind the scene collaborators who support the vision of filmmakers remains the focus of the HPA Awards.

Submissions are now being accepted in the following competitive categories:

Complete rules, guidelines and entry information for the creative categories and all of the HPA Awards are available at: www.hpaawards.net.

Submissions for consideration in the creative categories will be accepted between May 13 and July 12, 2019. Early Bird entries (at a reduced entry fee for the creative categories) will be accepted through June 10, 2019. To be considered eligible, work must have debuted domestically and/or internationally during the eligibility period, September 5, 2018 through September 3, 2019. Entrants do not need to be members of the Hollywood Professional Association or working in the U.S.

Seth Hallen, president of the HPA and a founding member of the HPA Awards Committee, commented, “The HPA Awards represent so much of what the HPA itself is about, which is giving well-deserved recognition to the artistry, ingenuity, and flat-out brilliance of the community of creative people who help realize filmmakers’ creative visions.  As our industry evolves, what remains constant is the HPA’s true passion for honoring and celebrating the talent behind the talent.”

The HPA Awards recognize an entire spectrum of the creativity behind the scenes.  The call for entries for the HPA Engineering Excellence Award opened last month and submissions will be accepted until May 24, 2019.  The Judges Award for Creativity and Innovation, a juried award, will be announced in advance of the gala. The recipient of the HPA Lifetime Achievement Award will be announced in the coming weeks.

The HPA Awards are made possible through the generous sponsorship of Awards Title Diamond Sponsor Blackmagic Design, Platinum Sponsor IMAX, and Foundation Members Avid, Co3, Deluxe, Dolby, EFILM, and Encore. For sponsorship or program advertising opportunities, contact Joyce Cataldo at jcataldo@hpaonline.com. Announcement of ticket sales will be made in June.