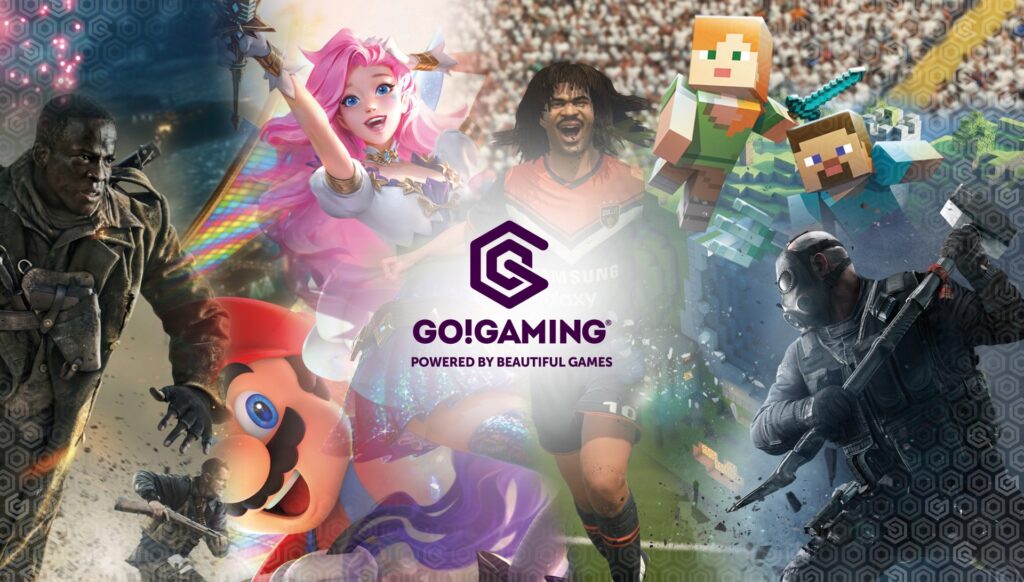 Attention game lovers! On Friday December 17, Go!Gaming opens its first location in Pathé Schouwburgplein in Rotterdam. From Minecraft to Fortnite and from Rocket League to Sim Racing ; at the more than 40 game places, enthusiasts can fully immerse themselves in the gaming world and compete with friends or other gamers. The unique gaming location is equipped with the very best gear, including 3080 RTX video cards, Playseat Gaming Chairs and Playseat ? Raceseats. Go!Gaming will also organize workshops, events and training to help gamers improve their skills and to act as a meeting place.

Go!Gaming is a partnership of Pathé and H20 Esports Campus and brings gamers, esporters and Pathé visitors together to discover the fun and excitement of gaming. Experience, relaxation, gaming together and self-development are central to this.

Pathé Rotterdam Schouwburgplein is the very first cinema to be expanded with a Go!Gaming location. The location is located within the Pathé foyer and is accessible through the entrance of the cinema. The Go!Gaming location opens with more than 40 game spots, 23 of which are equipped with state-of-the-art PCs with the very best 3080RTX video cards, Playseat Gaming Chairs, Philips Hue Game Light and HyperX peripherals, 10 racing seats with Playseat ? Raceseats and in addition Nintendo Switches and multiple Playstations 5. The focus is on playing competitive games such as Fortnite and League of Legends and racing games such as The Crew 2 , Forza Horizon 5 and Sim racing .

Go!Gaming mainly focuses on gamers between the ages of 15 and 30, but of course all gamers are welcome. From avid gamers who play several times a week and competitive gamers who play at a high level, to casual gamers who mainly play to relax; at Go!Gaming they can all play to their heart’s content and compete online with their friends, family, colleagues or strangers. The competitive gamers can also actively improve their skills during one of the many workshops and trainings hosted by the best professional gamers via H20 Esports Campus. In addition, Go!Gaming will also organize other events such as viewing parties, children’s parties, gaming experiences and tournaments.

Due to its ever-growing popularity, gaming is also occupying an increasingly large place in Pathé cinemas, such as with Pathé Play, small-scale game events and the successful screening of finals of popular games such as League of Legends.

Bram van den Broek, Operational Director of Pathé: “We are very proud to announce that the first Go!Gaming location is opening at Pathé Schouwburgplein. We are always looking for the best way to serve our target groups. The popularity of gaming and esports is still growing, and where previously people often played at home and alone, nowadays we see that gaming is becoming more of a joint activity in unique locations. That is why Go!Gaming is the perfect addition to our cinemas, making them even more of the place where people can enjoy the best forms of entertainment together.”

Matthijs Vink, co-founder of H20 Esports Campus: “Finally we can open! For months we have worked very hard on Go!Gaming with both companies. For H20, Go!Gaming is the ideal springboard for game and esports talents throughout the Netherlands. In this way, we hope to reach everyone with a passion for gaming in the major cities where the Pathé cinemas are located. And from there to enthuse them to come to the H20 Campus to develop even further. But above all, we want to make gaming and esports accessible to a broad target group by offering a unique experience at the Go!Gaming locations”.

In the Go!Gaming locations, a specially trained team of Gaming Hosts is ready to guide gamers, give explanations and further enthuse interested parties about the great world of gaming. It is possible to play games at Go!Gaming from 5 euros per hour. From December 6 it is possible to reserve online game time via www.gogaming.gg.

Go!Gaming uses the same opening hours as Pathé. Due to the corona measures from the government, the Go!Gaming location on Schouwburgplein will initially be open daily from 9:00 am to 5:00 pm. In addition, places are kept free between visitors from different groups so that people can keep 1.5 meters away. Gamers must also wear a face mask when traveling to the Go!Gaming location. This may be removed as soon as one is seated.

Pathé is the first and largest cinema brand in the Netherlands, founded in Paris in 1896 by true pioneers in the field of film: the Pathé brothers. Their aim was to share the wonderful world of film with as many people as possible. Pathé has 29 locations, 245 halls and 1,900 employees in the Netherlands, including the 100-year-old Royal Theater Tuschinski. Pathé is therefore the market leader and offers the ultimate cinema experience for everyone. Thanks to the wide range of films, live streams of opera, sports and gaming, the latest techniques such as IMAX, 4DX, Dolby Cinema and ScreenX, and business events, Pathé creates special and unforgettable cinema stories for families, friends and young lovers.

H20 Esports Campus is a Dutch online and offline platform where esports, gaming and creative tech come together. With 10,000 m2 of floor space, a mecca for gamers, which is completely devoted to gaming and tech, with the Rabo Esports Stadium at its heart, the largest permanent esports stadium in Europe. A place for today’s talent, but at the same time that talent is being prepared for a future in creative tech. Because not everyone makes it to the top. Within the Esports Campus, the connection is made between enthusiastic esporters through training and inspiration.