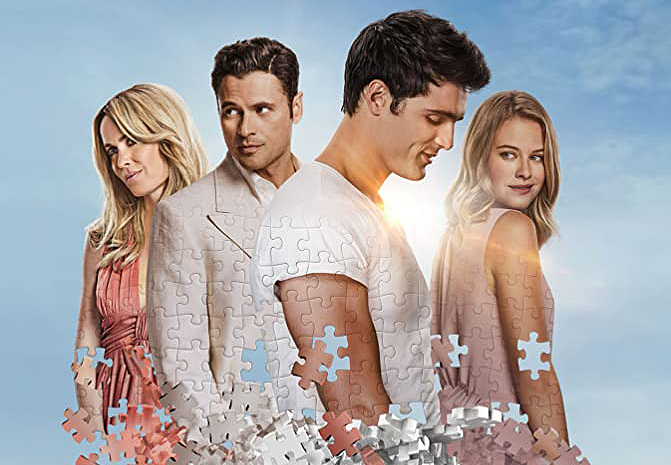 Freestyle Releasing has picked up the romantic independent feature “2 Hearts,” based on an inspirational true story and starring Jacob Elordi (“Euphoria,” “The Kissing Booth”), Tiera Skovbye (“Riverdale”), Adan Canto (“Designated Survivor,” “Narcos”), and Radha Mitchell (“Man on Fire). Freestyle will release the romantic drama directed by Lance Hool nationwide in theaters this fall on September 11, 2020. The studio also launched the trailer today – the trailer may be viewed here.

As movie theaters across the country welcome guests back to their theaters, “2 Hearts” is the first inspirational film experience available to audiences during the next several months. Audiences go to the movies to be engrossed in a story and feel the emotions that only come on the big screen, and “2 Hearts” will stand out among the calendar of tentpoles, thrillers, and horror titles. Especially after months of safer at home restrictions, the filmmakers and the studio believe moviegoers – especially core females young and old – will respond to a true story of inspiration and hope.

Based on a story of two couples who were never destined to meet but are thrown together by destiny and fate, “2 Hearts” will resonate with audiences long after they leave the theater. The film is based on the true stories of Leslie and Jorge Bacardi, of the famous Bacardi Rum family company, and Christopher Gregory, whose struggles and triumphs led to greater acts of kindness and giving than any of them knew were possible.

“We believe ‘2 Hearts’ is the kind of heartwarming and uplifting love story that audiences need right now and will want to experience,” said Freestyle’s Head of Acquisitions Chris Charalambous. “Director Lance Hool and his team have created a beautiful, memorable movie about romance and the pure power of connection based on real events that is not only heartfelt, but the perfect film for this moment. For all of us who are fans of love stories, ‘2 Hearts’ is cast with rising stars in unforgettable roles.”

The film’s director/producer, Lance Hool, said, “’2 Hearts’ is the movie medicine we all need right now. When my brother and I met the real Jorge and Leslie and heard their amazing story, I was awestruck. Their love and their journey touched me deeply and I had to share this story because this is fundamentally about connection, love and destiny.”

For two couples, the future unfolds in different decades and different places, but a hidden connection will bring them together in a way no one could have predicted. Based on an inspirational true story, “2 Hearts” is a romantic journey that celebrates life, love, and generosity of spirit, and challenges audiences to believe miracles are possible. Charismatic young Australian actor Jacob Elordi (“Euphoria,” “The Kissing Booth”) plays Chris, a college freshman whose love for a spirited classmate played by Tiera Skovbye (“Riverdale,” “Once Upon a Time”) helps him find the purpose he has been searching for. In another place and time, Adan Canto (“Designated Survivor,” “Narcos”) plays Cuban exile Jorge, who falls for well-traveled flight attendant Leslie, played by Radha Mitchell (“Man on Fire,” “The Shack”).

Though they were never meant to meet, fate has something entirely unexpected in store for both couples that dramatically changes the course of their lives.

“2 Hearts” is directed by Lance Hool from a screenplay by Veronica Hool (Captive, The Resident) and Robin U. Russin (“On Deadly Ground”). The film is produced by Conrad Hool (“The Air Up There, Flipper”) and Lance Hool (“Missing in Action,” “Man on Fire”). Director of photography is Vincent De Paula (“ReBoot: The Guardian Code,” “Don’t Let Him In”). Executive producers are Aaron Au (“Firefly Lane,” “Elsewhere”), Shawn Williamson (“The Company You Keep,” “The Good Doctor”) and Veronica Hool.

About Freestyle Releasing
A division of Byron Allen’s Entertainment Studios, Freestyle Releasing is a full service theatrical motion picture distribution company that specializes in representing independent companies and producers on a “service deal” basis for the purpose of exhibiting their films in a first-class theatrical release.