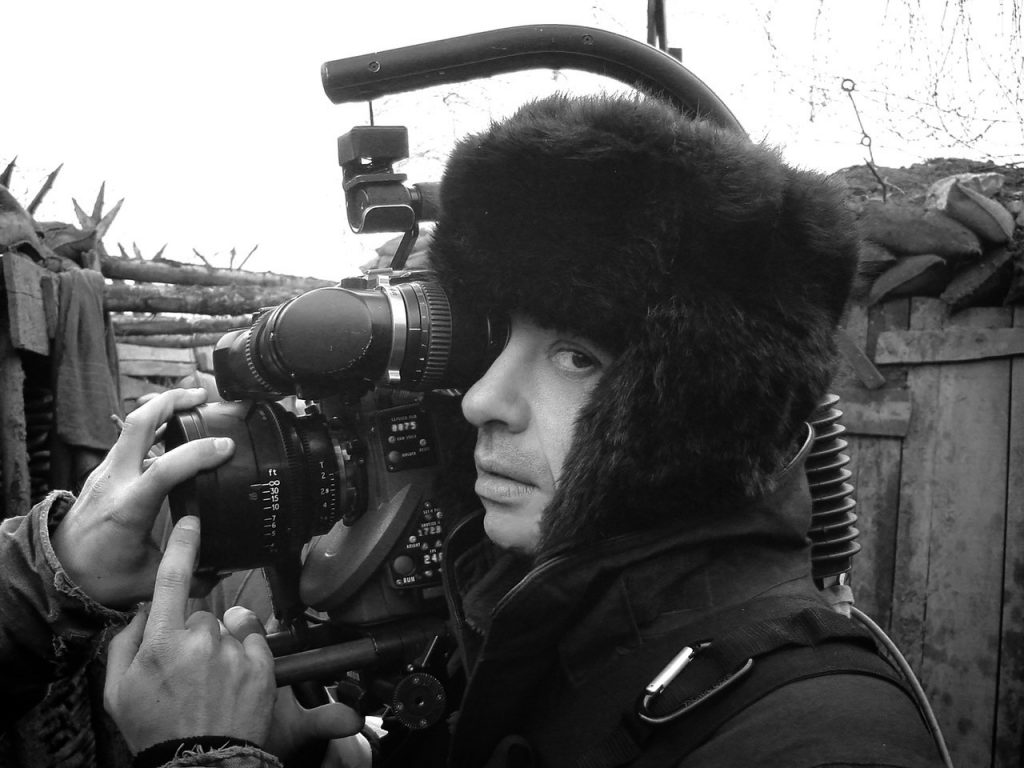 Frederick Elmes, Donald A. Morgan, Bruno Delbonnel and Don McCuaig to be Lauded by Society

The American Society of Cinematographers (ASC) will celebrate the work of four trailblazing cinematographers at the 34th ASC Awards for Outstanding Achievement. Frederick Elmes, ASC will receive the Lifetime Achievement Award; Donald A. Morgan, ASC will be honored with the Career Achievement in Television Award; Bruno Delbonnel, ASC, AFC will be bestowed the International Award; and Don McCuaig, ASC is the recipient of the Presidents Awards. The accolades will be handed out at the annual ASC awards gala on January 25, 2020, at the Ray Dolby Ballroom at Hollywood & Highland.

ASC President Kees van Oostrum notes, “These filmmakers have contributed greatly to the legacy of cinematography over the course of their ongoing careers. They’ve amazed audiences with their compelling visuals and inspired peers and emerging filmmakers. We’re thrilled to honor them with these special awards at our annual celebration.”

Elmes is a visionary cinematographer who has made significant contributions to independent cinema. His long career began with collaborations with such pioneering directors as David Lynch (Eraserhead, Blue Velvet, Wild at Heart) and John Cassavetes (The Killing of a Chinese Bookie, Opening Night). His feature film work includes multiple films for directors Ang Lee (The Ice Storm, Ride with the Devil, Hulk) and Jim Jarmusch (Night on Earth, Coffee and Cigarettes, Broken Flowers, Paterson). Other collaborations include Bill Condon (Kinsey), Charlie Kaufman (Synecdoche, New York), Mira Nair (The Namesake) and Jim Sheridan (Brothers). Elmes won Independent Spirit Awards for Night on Earth and Wild at Heart, and earned a third nomination for Blue Velvet.

Elmes has also shot acclaimed television projects, receiving an Emmy for his work on The Night Of, an HBO miniseries written and directed by Steve Zaillian, and a nomination for In the Gloaming. His TV credits include the Emmy Award-winning HBO limited series Olive Kitteridge, directed by Lisa Cholodenko, as well as multi-nominated The Looming Tower, a mini-series produced by Hulu/Legendary Television. His current works include an untitled documentary by Bennett Miller, and The Jesus Rolls, a feature film written and directed by John Turturro.

Morgan is a 10-time Primetime Emmy winner, earning an impressive 17 nominations from his peers at the Television Academy. Morgan’s Emmy wins include seven for the ABC comedy Home Improvement, two for the Netflix series The Ranch, and a statue for his work on Mr. Belvedere that was shared with George Spiro Dibie, ASC in 1985. His nominations honor his work on the series Bagdad Café, Girlfriends, Retired at 35, Saved by the Bell, Home Improvement, Last Man Standing and The Ranch.

Over the course of his successful career, Morgan has culled nearly 130 credits as cinematographer, including lensing over 100 episodes of indelible TV favorites, such as Girlfriends (171), My Wife and Kids (114), Home Improvement (190), and Last Man Standing (150). Morgan also photographed numerous pilots including Hot in Cleveland, Moesha, 227, Reba, The Gregory Hines Show, South Central, The Nanny, Boy Meets World, Mr. Belvedere, The Golden Girls, Soul Man, The Tracy Morgan Show, The War at Home, Rita Rocks, Ground Floor, and The Cool Kids. In addition to episodic TV, Morgan has shot telefilms and specials including a decade of live shows for the NAACP’s Image Awards. From the onset of his career, Morgan has been known for consistently pushing to have diverse crews and is currently inspiring others to do the same in the role of Chairman of Diversity at IATSE Local 600 and as a member of the ASC Vision Committee.

Delbonnel is a five-time Oscar nominee for Darkest Hour, Inside Llewyn Davis, Harry Potter and the Half-Blood Prince, A Very Long Engagement, and Amélie. He has received extensive accolades for his work from ASC, BAFTA, Camerimage, European Film Academy, Academy of Cinema Arts and Techniques in France, and critics associations, among others. He studied philosophy before transitioning to filmmaking and has built an indelible body of work that also includes The Ballad of Buster Scruggs, Francofonia, Big Eyes, Dark Shadows, Faust, and Across the Universe. Earlier this year, the Cannes Film Festival bestowed Delbonnel with the Pierre Angénieux ExcelLens in Cinematography Award. His next projects coming to cinemas include The Woman in the Window by Joe Wright, and Joel Coen’s adaptation of Shakespeare’s Macbeth.

McCuaig is a veteran cinematographer of both television and motion pictures. He has over 75 narrative TV credits and has shot second unit on countless features. With a stellar reputation and singular ability for photographing second unit, he founded a production company, which was contracted by Fox to provide second unit resources for nearly a decade. His career began at NBC on The Andy Williams Show in the staging department, transitioning to electronic broadcast at ABC, before becoming a newsreel and sports photojournalist for the CBC and Montreal Olympics. He has worked alongside such Hollywood icons as Dinah Shore, Bob Hope, and Perry Como, and is a former governor of the TV Academy. A consummate student, McCuaig credits the ASC as his single-most important, cinematographic resource. In addition to teaching numerous ASC Master Classes, his dedication to the Society includes serving as chairman of the annual Awards Committee.