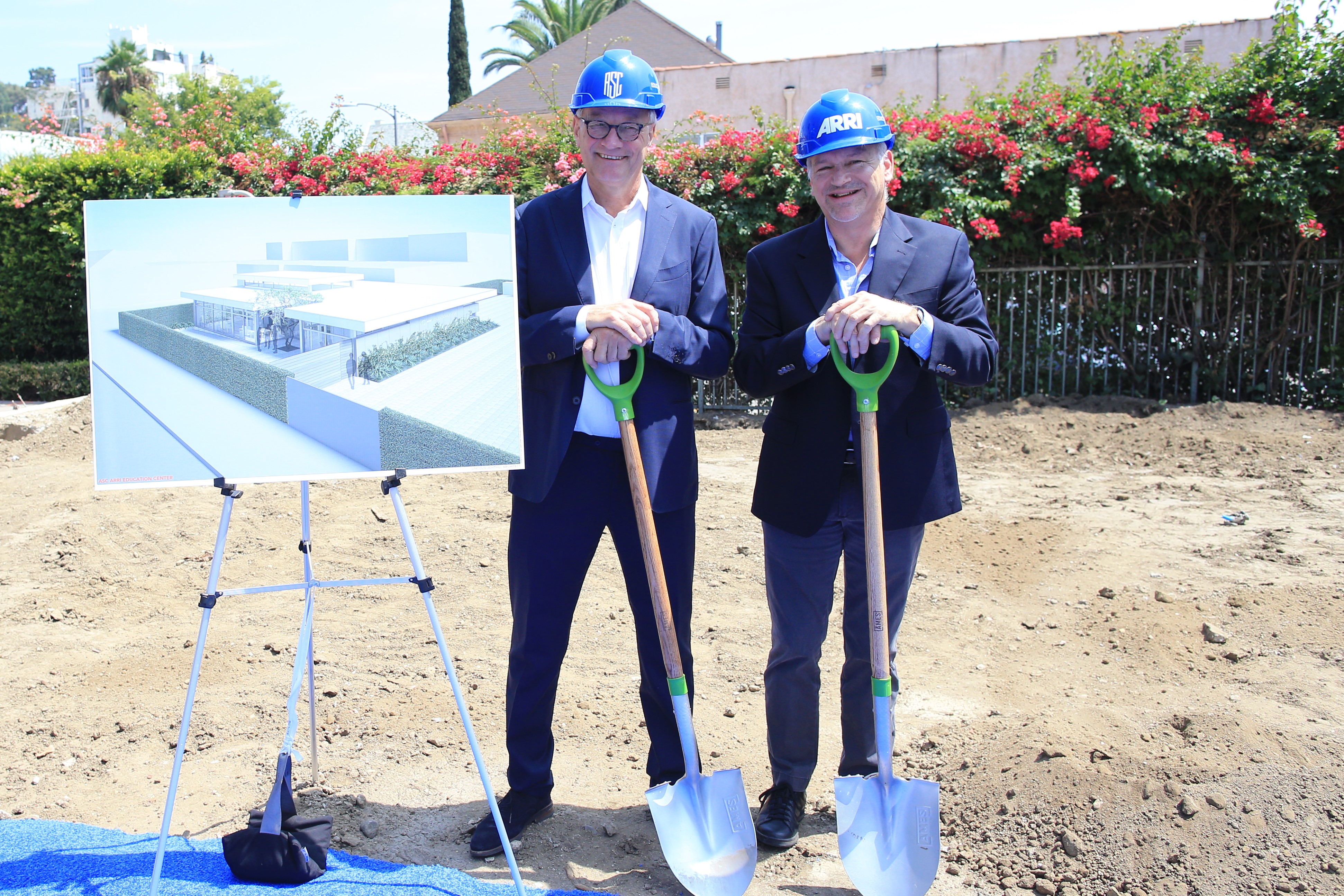 Los Angeles (August 30, 2018) – The American Society of Cinematographers (ASC) broke ground today on the construction of the new ASC ARRI Educational Center. The contemporary building, located behind the historic ASC Clubhouse in Hollywood, will serve as a hub for the organization’s ongoing efforts to educate the next generation of filmmakers on the art and craft of cinematography. The structure also will be home to all print and digital publications staff. The ASC ARRI Educational Center offers a modern, inspired space with offices and meeting rooms, and is slated to be completed by 2019.

“When the ASC was formed in 1919, our founding members pledged to foster and artistically inspire rising cinematographers,” says van Oostrum. “That mission has made us the society we are today. Through our members and initiatives, we have aggressively continued that edict. As we prepare to celebrate our 100th anniversary next year, the new ASC ARRI Educational Center symbolizes our commitment to the future and provides an excellent gathering place for the exchange of ideas.”

The educational center is made possible through the patronage of ARRI, a pioneering technology company that has a longstanding relationship with the ASC and its membership.

Kennel says, “ARRI’s two founders were young filmmakers who produced movies and created lighting and camera equipment to make their visions a reality. We are thrilled to continue their legacy and help create a space to inspire emerging content creators.”

ARRI’s Executive Board Member Dr. Joerg Pohlman notes, “Last year ARRI celebrated our centennial, so continuing to innovate side-by-side as the ASC enters into their 100th anniversary is an important collaboration for future generations. To have a hand in developing new talent and voices honors this legacy.”

“If we look back on 100 years, the ASC has evolved from a professional group of cinematographers into a formidable, international presence in artistry, technology and education,” van Oostrum adds. “During the past couple of years, our educational efforts have grown tremendously, supported not only by the artistic endeavors of our membership but also through the work of our Motion Imaging Technology Council and our members’ commitment to illustrating the role of the cinematographer to the world. We are very grateful to have ARRI’s backing in so many of our educational initiatives, especially the one we are celebrating today.”

The ASC began its educational mission in 1920 with the publication of its flagship magazine, American Cinematographer, which covers the artistic approaches and motion-imaging techniques of filmmakers. The society has cultivated its educational efforts over the century by establishing a number of programs to promote learning on a global basis. Its Education and Outreach Committee organizes frequent events for the benefit of filmmaking students and the general public, including week-long Master Classes taught by renowned ASC members. Additionally, the organization hosts the annual Student Heritage Awards honoring both graduate and undergraduate film students; regular camera and lighting seminars; “Coffee and Conversation” Q&A sessions analyzing the work of cinematographers on a specific project; roundtable discussions featuring panels of professionals who address a variety of topics central to the work of camera people and other industry disciplines; and a bi-annual International Cinematography Summit bringing together participants from dozens of cinematography societies from around the globe to meet, share information, and prioritize an agenda that will forward the interests of cinematographers everywhere.

More recently, the ASC Vision Committee was inaugurated to promote diversity throughout the industry with a series of popular and highly engaging seminars and events devoted to nurturing an open dialogue and progressive hiring practices for women and minority filmmakers.

ASC was officially chartered in January 1919. Today, the organization has some 380 members. For more information, visit www.theasc.com.