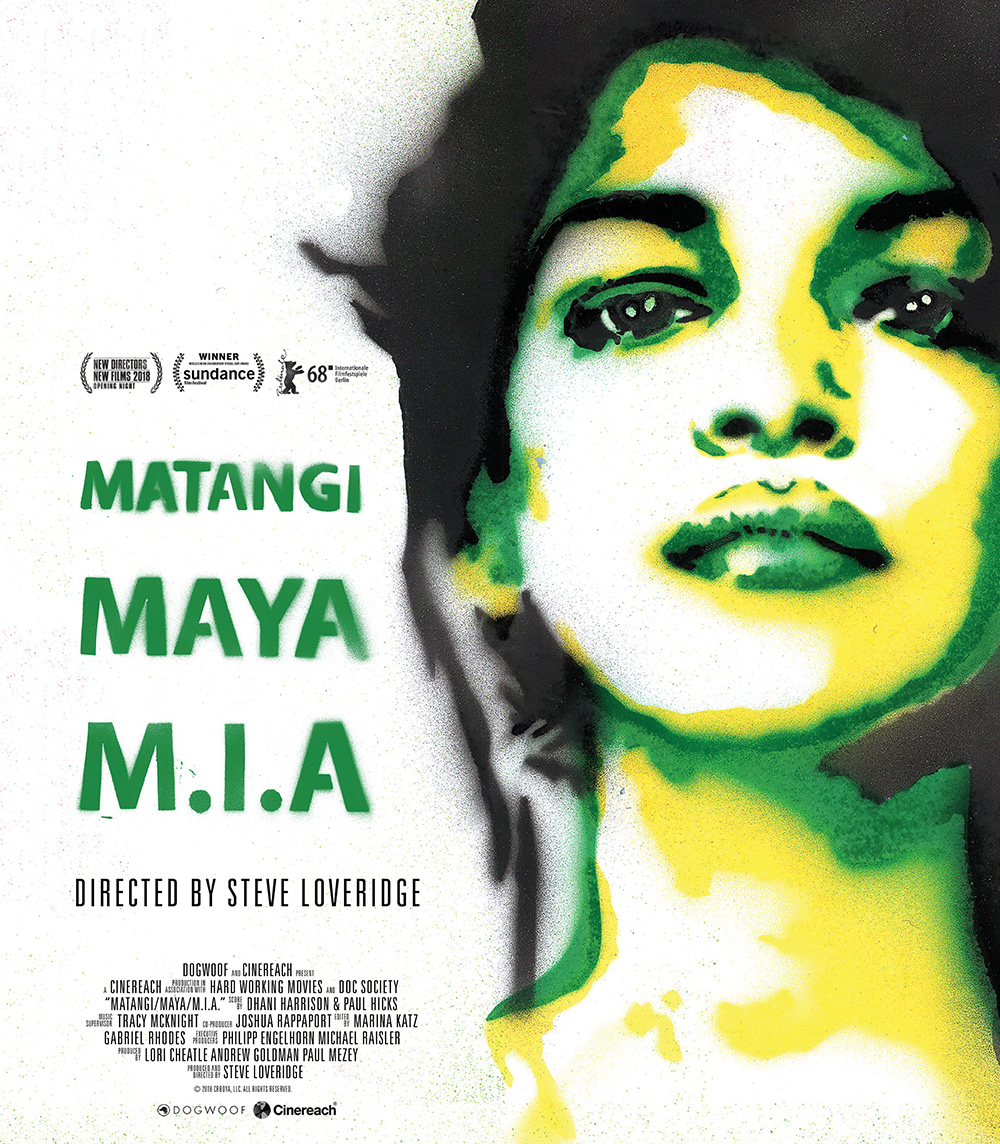 Documentary Traces the Extraordinary Life of Maya Arulpragasm (aka M.I.A.) from Refugee to Pop Star

Abramorama and Cinereach released the trailer today for the kinetic and timely, documentary film “Matangi / Maya / M.I.A.” which hits theaters in the U.K. on September 21 and the U.S. on September 28. The highly anticipated film chronicles the extraordinary rise to fame of M.I.A. the British musician (Paper Planes, Galang, Bad Girls) and human rights advocate, weaving a stunning story of identity, creativity and resilience.

Activist, mother, and style icon Maya Arulpragasam has been nominated for an Academy Award (for “Slumdog Millionaire”), a Grammy Award and The Mercury Prize. Raised in Sri Lanka, an 11-year-old Arulpragasam immigrated to the U.K. with her mother and siblings to escape the violence of Civil War. Drawn from a cache of never-before-seen personal video recordings from the past 22 years, director Steve Loveridge’s “Matangi / Maya / M.I.A.” is an intimate and eye-opening profile of M.I.A.’s remarkable trajectory from young Tamil refugee to global pop star.

The film originally premiered at the 2018 Sundance Film Festival, where it won the World Cinema Documentary Special Jury Award, and has since screened at festivals across the U.S. including opening New Directors/New Films at the Museum of Modern Art in New York City, and internationally at Berlin, Hotdocs and beyond. The film is scored by Paul Hicks and George Harrison’s son, Dhani Harrison.

About Cinereach
Cinereach is an independent film company dedicated to the development, production, and financing of vital, artful films. In addition to “Matangi / Maya / M.I.A.”, recent Cinereach productions include “Sorry to Bother You,” “We the Animals,” “Beach Rats” and “Brimstone & Glory.” The company has also supported over 200 films through grants and other adaptive funding, including the recent titles “Monsters and Men,” “Shirkers,” “The Florida Project,” and “Strong Island.” www.cinereach.org

About Abramorama
Abramorama is the preeminent global theatrical distribution and rights management partner for music films today and is recognized for the consistent high quality of its work on award winning feature films. An innovator in the focused, personalized form of film distribution and event cinema, Abramorama provides invaluable alternatives to filmmakers and content owners. An industry leader in marketing, promotion, and distribution, Abramorama continues to trail-blaze exciting new pathways for filmmakers to find their audience.