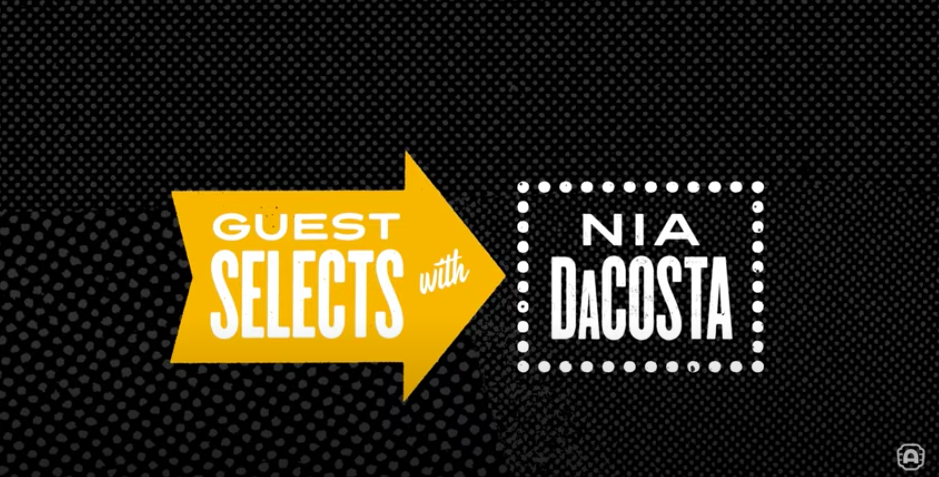 Alamo Drafthouse Cinema is proud to announce filmmaker Nia DaCosta will participate in Guest Selects, the theater’s new and ongoing retrospective that invites the movie-eatery’s favorite filmmakers, writers and performers to draw on their diverse backgrounds and eclectic tastes to program films that they think are essential big-screen experiences. This September, Alamo Drafthouse audiences can experience “School of Rock” on the big screen, selected by filmmaker Nia DaCosta, the director and co-writer of the highly anticipated horror film “Candyman” (in theaters August 27).

In her Guest Selects video, set to run in Alamo Drafthouse theaters across the country, DaCosta discusses five films she loves that center around the creation of art — “Black Swan”, “Phantom Thread”, “Portrait of a Lady on Fire”, “School of Rock” and “Shadow of the Vampire” — mirroring a central theme of “Candyman”.

“Thank you Alamo Drafthouse for the opportunity to participate in the Guest Selects program. I’m excited for everyone to experience “Candyman” on the big screen, as well as these films I love about making art,” said DaCosta.

Tickets are on sale now for “Candyman” and “School of Rock” at drafthouse.com.

Recent “Guest Selects” participants have included David Lowery with upcoming screenings of “Bram Stoker’s Dracula” and “The Dark Crystal”, the Sparks Ron and Russel Mael, who shared their love of “Ishtar” with sold-out audiences at Alamo Drafthouse, as well as M. Night Shyamalan, who programmed “Raiders of the Lost Ark” and “Jaws”, two of his “North Star” films that guide him as a filmmaker.

About Alamo Drafthouse
Alamo Drafthouse Cinema was founded in 1997 as a single-screen mom and pop repertory theater in Austin, TX. Twenty-four years later, with 38 locations and counting, Alamo Drafthouse has been called “the best theater in America” by Entertainment Weekly and “the best theater in the world” by Wired. Alamo Drafthouse has built a reputation as a movie lover’s oasis not only by combining food and drink service with the movie-going experience, but also introducing unique programming and high-profile, star-studded special events. Alamo Drafthouse created Fantastic Fest, a world-renowned film festival dubbed “The Geek Telluride” by Variety. Fantastic Fest showcases eight days of genre cinema from independents, international filmmakers, and major Hollywood studios. Alamo Drafthouse’s collectible art gallery, Mondo, offers breathtaking, original products featuring designs from world-famous artists based on licenses for popular TV and movie properties including Star Wars, Star Trek & Universal Monsters. Alamo Drafthouse continues to expand its brand in new and exciting ways, including the American Genre Film Archive, a non-profit film archive dedicated to preserving, restoring and sharing film, and Alamo On Demand, a new VOD platform boasting a growing and carefully curated library of entertainment for rental or purchase.

For as long as residents can remember, the housing projects of Chicago’s Cabrini-Green neighborhood were terrorized by a word-of-mouth ghost story about a supernatural killer with a hook for a hand, easily summoned by those daring to repeat his name five times into a mirror. In present day, a decade after the last of the Cabrini towers were torn down, visual artist Anthony McCoy (Emmy winner Yahya Abdul-Mateen II; “Watchmen”, “Us”) and his partner, gallery director Brianna Cartwright (Teyonah Parris; “If Beale Street Could Talk”, “WandaVision”), move into a luxury loft condo in Cabrini, now gentrified beyond recognition and inhabited by upwardly mobile millennials.

With Anthony’s painting career on the brink of stalling, a chance encounter with a Cabrini-Green old-timer (Colman Domingo; Zola, “Ma Rainey’s Black Bottom”) exposes Anthony to the horrific true story behind Candyman. Anxious to maintain his status in the Chicago art world, and spurred on by his white art dealer, Anthony begins to explore these macabre details in his studio as fresh inspiration for paintings, unknowingly opening a door to a complex past that unravels his own sanity and unleashes a terrifying wave of violence that puts him on a collision course with destiny.

Universal Pictures presents, from Metro Goldwyn Mayer Pictures and Jordan Peele and Win Rosenfeld’s Monkeypaw Productions, in association with BRON Creative, “Candyman”. “Candyman” is directed by DaCosta and is produced by Ian Cooper (2022’s “Nope”, “Us”), Rosenfeld and Peele. The screenplay is by Peele & Rosenfeld and DaCosta. The film’s executive producers are David Kern, Aaron L. Gilbert and Jason Cloth.