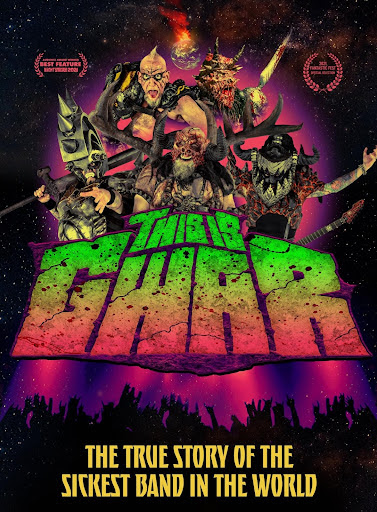 Band To Appear At Select Screenings

The long awaited and highly anticipated documentary “This is GWAR,” will be receiving a limited theatrical run at select Alamo Drafthouse locations in North America, prior to its on-demand release via Shudder. “This is GWAR,” had its world premiere in September 2021 at Fantastic Fest in Austin, TX and these special screenings are being presented by Fantastic Fest as well. Showings begin July 16th and a complete list of locations can be found below.

Members of GWAR will appear at two screenings of the film. Those screenings will be July 17th in Richmond, VA* and July 18th in Brooklyn, NY.

“This is GWAR,” is the powerful story of the iconic heavy metal art collective, as told by the humans who have fought to keep it alive for over thirty years. The feature documentary includes interviews with the band members, both past and present, and other artists, including Weird Al Yankovic, Thomas Lennon, Alex Winter, Bam Margera, and Ethan Embry, including never seen footage of legendary GWAR frontman Dave Brockie (Oderus Urungus).

About GWAR
The story of GWAR is carved across the history of this hopeless planet, but GWAR themselves are not of this world…Their story begins far past Uranus, in the deepest reaches of space, where the beings known as GWAR were warriors in the Scumdogs of the Universe, an elite fighting force in the army of the Master of All Reality. But GWAR proved too reckless and powerful, and after a series of tragic but hilarious blunders, they were banished to the furthest reaches of the galaxy, with orders to conquer an insignificant backwater prehistoric mudball known as the planet Earth. Once here, GWAR, the original Ancient Aliens, shaped the face of the globe, wiping out the dinosaurs, and mating with apes to create the human race. Having accidentally given rise to all human history, the Master of All Reality froze them in Antarctic ice where they could do no more harm. It was there they were discovered by a shady entrepreneur known as Sleazy P Martini, who sat the band down in front of professional wrestling, late-night horror movies, heavy metal music, and a steady diet of crack cocaine until GWAR became the cultural force they are today!

Variety included Fantastic Fest in a list of “10 Film Festivals We Love” and was also named one of the “25 coolest film festivals” by Moviemaker Magazine.”

About Alamo Drafthouse
Alamo Drafthouse Cinema, celebrating its 25th anniversary, was founded in 1997 as a single-screen mom and pop repertory theater in Austin, TX. Twenty-five years later, with 36 locations and counting, Alamo Drafthouse has been called “the best theater in America” by Entertainment Weekly and “the best theater in the world” by Wired. Alamo Drafthouse has built a reputation as a movie lover’s oasis not only by combining best-in-class food and drink service with the movie-going experience, but also introducing unique programming and high-profile, star-studded special events. Alamo Drafthouse created Fantastic Fest, a world-renowned genre film festival dubbed “The Geek Telluride” by Variety featuring independents, international filmmakers, and major Hollywood studios. Alamo Drafthouse continues to expand its brand in new and exciting ways, including the American Genre Film Archive, a non-profit film archive dedicated to preserving, restoring and sharing film, and with eight new theaters announced for this year and beyond.