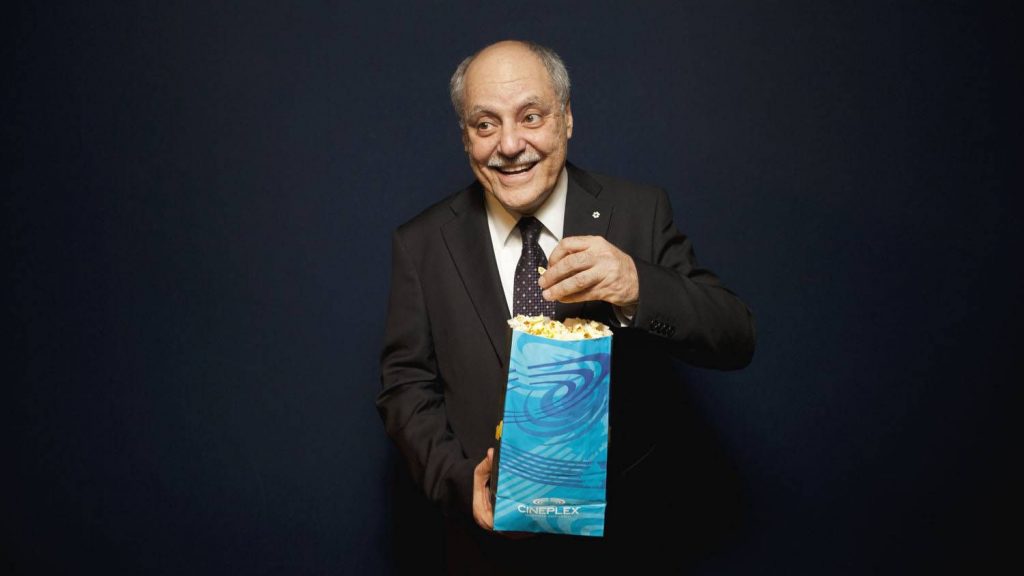 Ellis Jacob, President and Chief Executive Officer of Cineplex, has been named as the recipient of the Global Cinema Innovation Award by the International Cinema Technology Association (ICTA). The award will be presented to Ellis Jacob at ICTA’s awards ceremony at Puro Beach, Hilton Diagonal, on June 16thin Barcelona – the day before CineEurope begins.

Recognizing that continuous change and investment into cinemas are key success factors for the global motion picture industry, ICTA’s European division established the award, which is presented for the first time this year, in order to honor industry leaders dedicated to innovating the cinema going experience as well as for their lifetime achievements.

Welcoming today’s announcement, ICTA President Alan Roe said: “We are thrilled to be presenting Ellis Jacob with this new award. Cineplex continues to transform the cinema going experience to the benefit of Canadian audiences and in parallel diversifies the company in incredibly creative ways. Cineplex  drives innovation and puts the guests’ needs first, continuously being the first to adopt new technologies and enhanced experiences, underlining the values and objectives for which the ICTA stands. We are excited that Ellis Jacob will be with us on June 16thand invite the global exhibition industry to join us in celebrating his achievements.”

Upon receiving the news, Ellis Jacob said: “It is such an honor to be named as the very first recipient of the Global Cinema Innovation Award and I want to thank the ICTA for this wonderful recognition. The Cineplex team has a strong and long legacy of infusing innovation into every aspect of our business so while my name may appear on the award, I accept it as a testament to the strength, passion and dedication of our over 13,000 employees.”

Ellis Jacob was appointed President and Chief Executive Officer of Cineplex in 2005 and under his leadership has grown it into a leading entertainment and media company and top-tier Canadian brand. His more than 32 years of leadership experience in the motion picture exhibition industry has transformed the movie-going experience for millions of Canadians.

In addition to the Global Cinema Innovation Award, Ellis Jacob has been honored with numerous prestigious awards and recognitions for his strong leadership, unparalleled contributions to the entertainment and movie exhibition industry, and volunteer and philanthropic endeavors. He currently serves as Chairman of the National Association of Theatre Owners (NATO) and is a member of NATO’s Executive Committee. He is a Director of Cineplex Inc., the Movie Theatre Association of Canada and the Toronto International Film Festival, where he also serves as member of the Audit Committee.

An active philanthropist, Ellis Jacob is also a member of the Board of Directors at Toronto’s Baycrest Health Science hospital, where he opened the Jacob Family Theatre – a multi-use auditorium for residents, families, caregivers and staff. Ellis Jacob also helped construct similar auditoriums at Toronto’s Hospital for Sick Children, Halifax’s IWK Health Centre and Mount Sinai Hospital, where he serves as a member of the Board of Governors.

The ICTA is the global trade association for cinema technology manufacturers, service providers and dealers and groups more than 300 companies. Its members are trusted partners of cinema operators worldwide and help advance and innovate the cinema going experience to the benefit of audiences. ICTA is present at major industry conventions, runs educational seminars and networking events as well as informs and educates the industry through research and publications.

The tenative programme for ICTA’s Barcelona Seminar Series and details about the awards reception on 16 June can be found here. For more information about the ICTA visit www.icta-web.com

CineEurope 2019 will take place 17-20 June at the Centre Convencions Internacional Barcelona (CCIB) in Barcelona, Spain. CineEurope is the longest-running and most successful European convention and trade show for Major, Regional, and Independent cinema professionals. CineEurope will feature exclusive screenings and product presentations of upcoming films, sponsored events, timely and informative seminars and the CineEurope Trade Show. CineEurope is the Official Convention of the Union Internationale des Cinémas/International Union of Cinemas (UNIC).