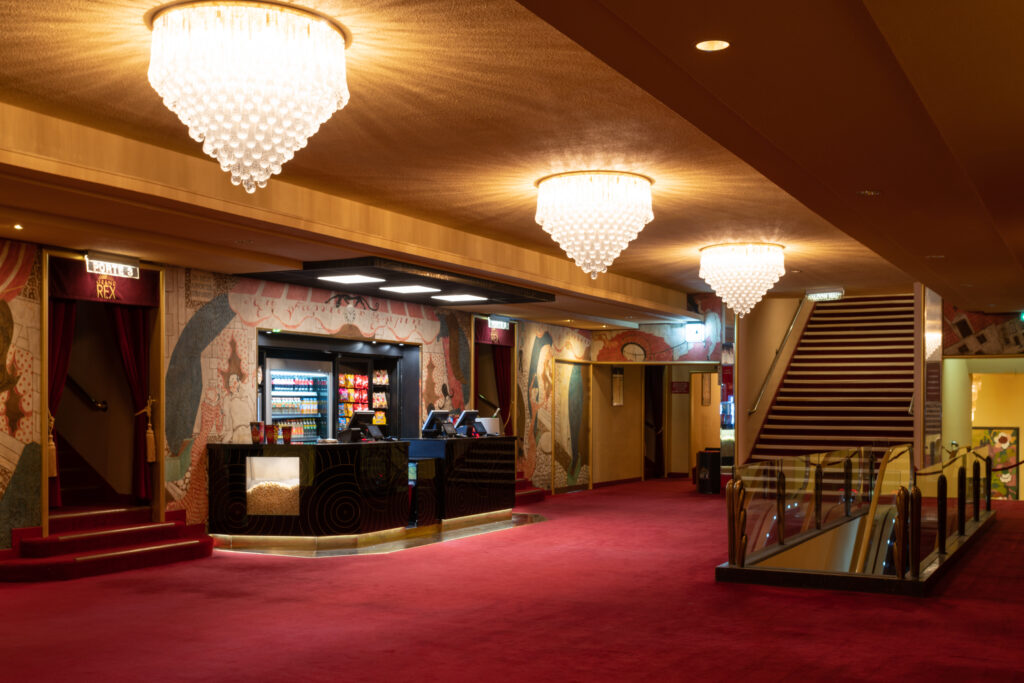 ICTA is a global network of professionals in the motion picture industry. Its 240 members from around the World are the driving force behind cutting-edge technological advancements in cinema. Each year, the European branch of the association awards cinema operators and individuals that champion and celebrate innovation in theatrical exhibition with the ICTA EMEA awards. This year’s winners are:

“We are thrilled to honor these outstanding cinemas and individuals. Each of them illustrates the tremendous value that technological excellence, audience focus and showmanship add to the overall theatrical experience. Huge congratulations to all winners on behalf of your partners in the cinema technology community.”

“What a nice and welcome surprise to be receiving this award from the ICTA! Le Grand Rex has for now almost 90 years celebrated the values of showmanship, design and presentation excellence and in doing so has become the premier cinema for launching films on the continent. We are proud of our history and will continue to innovate as well as celebrate movie going as we commence our milestone birthday in December. With a capacity of 2700 seats, Le Grand Rex is home to the largest screening room in the World and hosts the most prestigious premieres and fan marathons. Each year, our cinema gathers the largest cinema audience in the World when it opens its doors to its spectacular animated Christmas movie. We are working everyday to restore this incredible building to make it a special place for every movie fan. Thank you ICTA.”

“We are proud to accept this award in recognition of Cineworld Belfast, our first cinema in Northern Ireland. This 13 screen cinema offers customers the best technology on the market including IMAX with Laser, 4DX and ScreenX. After only six months of being operational, Cineworld Belfast is already the dominant player in the local market, proving that Cineworld is indeed, the best place to watch a movie. We look forward to welcoming many more customers through our doors in the coming months to watch films like Lightyear, Thor: Love and Thunder and Avatar 2.”

“We a are delighted to be receiving this award – and particularly so in the current context. Our new Part Dieu cinema opened to the public on 21st September 2021, a few weeks after the long period of cinema closures imposed by the pandemic. The site is part of a new generation of cinemas with which UGC offers ever richer programming in a refined setting in order to re-engage audiences with a new experience. Fifty years after the creation of the first Part Dieu cinema, the new UGC Ciné Cité is a true rebirth and a sign of confidence in the future of cinema. Thanks to ICTA for this recognition.”

“Next to punk rock cinema has been one of the big passions in my life and I am grateful that I have been able to contribute to the design and development of amazing – and incredibly diverse – theatres all across Norway through my role with Film & Kino. I have always been convinced that exchanges, networking and the sampling of best practices at an international level helps one to better design cinemas as well as enables the industry to collectively deliver better experiences to audiences. That’s why I have supported and have been a member in organisations such as the ICTA. A big thank you for this nice award.”

“Congratulations to the outstanding award recipients and the teams behind these beautiful theatres. And a special thank you to ICTA’s International Board Directors for organizing this highly recognized award.”

The award winners will be honored during ICTA’s award ceremony and dinner reception on 19th June in Barcelona. Professionals attending CineEurope who would like to participate can register on www.icta-web.com in the events section.

You can find a selection of images and videos of the award winning cinemas via this link.

Previous Winners of the ICTA EMEA Awards include

Best Cinema Refurbishment of the year

Classic Screen of the Year

New build screen of the year

New Screen of the year

Screen of the year