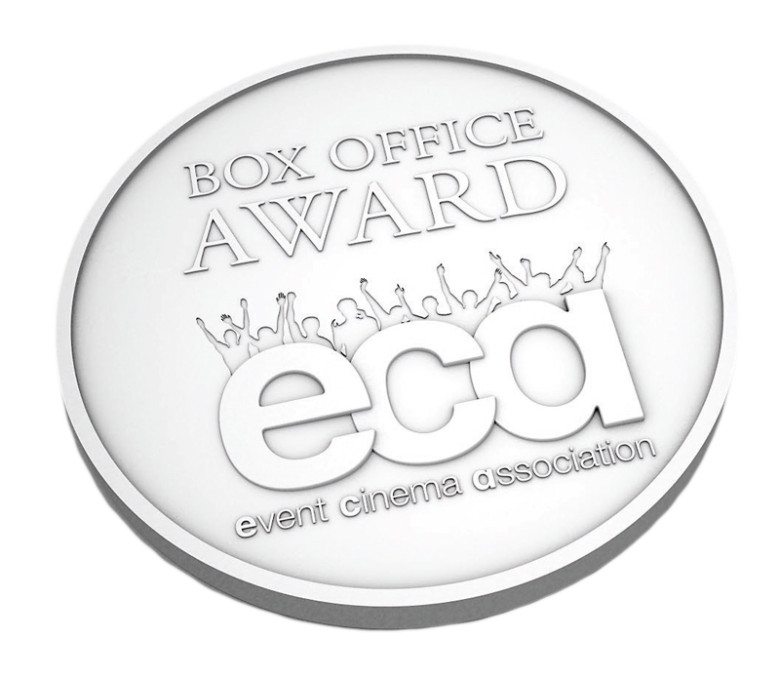 The Event Cinema Association is delighted to announce the winners of the 4th ECA Awards, which took place today at the QEII Centre in London on Friday 3rd February 2017. Sponsored by Encompass Digital Media featuring Sales Director Nigel Crow on stage with One Show presenter Nick Wallis, the event was a great success and the quality of the nominees reminds the wider media industry and ourselves just how far the sector has progressed in a decade.

Under the banner of Excellence in Programming, the are awards that recognise both the production and distribution of Event Cinema titles in two separate awards, and Excellence in Exhibition, which recognises the crucial and multi-faceted role that cinemas play in the successful screening of Event Cinema content.

Nominated by ECA members the criteria states that regardless of membership, non members as well as members can be nominated and ultimately win. The intention of the ECA is to grow the Event Cinema market and recognise the quality, vision and hard work across the industry. The ECA also offers an Outstanding Contribution to Event Cinema award, designed to recognise the individual effort and talent seen frequently in this most unique of industries.

The categories are split across 3 regions: Europe, Americas and International.

Our Box Office Award Winners, open to ECA Members only, have already been announced, but as a reminder they are:

Melissa Cogavin, Managing Director of the ECA said, “Congratulations to all the winners of this year’s awards. They are well deserved and we are so happy to acknowledge the hard work behind each project, we know what it takes to make a success of an Event Cinema release. We are delighted by the competition it encourages – we had so many nominees for each category. Thanks to Encompass Digital Media for making today possible and the dulcet tones of Nick Wallis – I think we all had a great day!”

Nigel Crow, Sales Director of Encompass Digital Media said, “We have really enjoyed supporting this important day for the Event Cinema industry. At Encompass we are well aware of the huge effort these creators make and the impact they are having on cinemas around the world. We were only to happy to show our support at this key event in the industry calendar. Well done to all the winners!”

About The Event Cinema Association
The Event Cinema Association is a non-profit organization, limited by guarantee, overseen by a president and 8 Board Directors comprised of international exhibitors, distributors and technical providers. It was created to both support and promote the developing market for cinemas looking to offer different types of filmed live events to audiences such as operas, ballets, theatre, concerts, sport and special events. The role of the ECA is to provide a united voice for the alternative content industry in Europe and is striving to rebrand live and recorded cinema programming as ‘event cinema’ in order to engage new audiences. The ECA also distributes a quarterly trailer reel in European cinemas to promote forthcoming events in cinemas, provide a website with useful information for cinemas and alternative content providers, as well as holding events.