Construction to Start on Kinepolis Haarlem 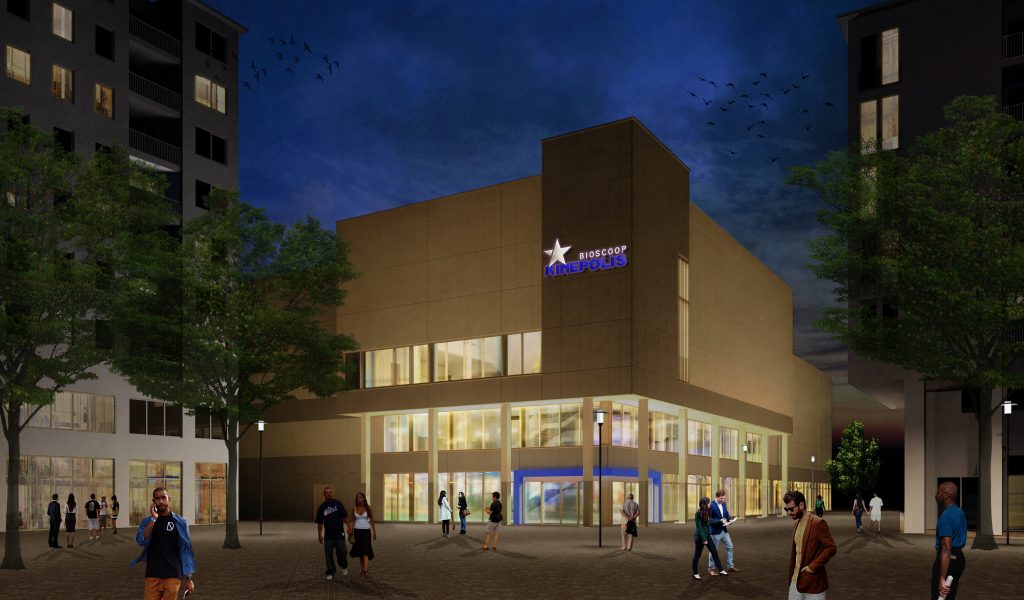 Kinepolis will start construction on a new cinema complex in shopping centre ‘Centrum Schalkwijk’ in Haarlem, the Netherlands, in mid-October. Today marks the official start of the construction of the Florida block, of which the cinema will form an integral part. The cinema complex will have 6 screens and 934 seats, and all screens will have laser projection technology. Kinepolis expects to receive 330,000 visitors per year in Haarlem.

The opening of a new cinema fits in with the redevelopment of the Schalkwijk Centre. Project developer AM has signed an agreement with Syntrus Achmea Real Estate & Finance for the sale of 156 apartments and with Portico Investments for the purchase of 6,500m² commercial space. Schalkstad, the multifunctional area development project, also includes an above-ground parking garage with 600 parking spaces, a new access bridge to the area, and a redesign of the public space, commissioned by the municipality of Haarlem. The entrance to the cinema will be located on Californiëplein, which will be fully renewed.

The project for the new cinema in Haarlem was acquired by Kinepolis as part of the takeover of the NH cinemas in January 2018. The cinema is scheduled to open in the fourth quarter of 2020.

Eddy Duquenne, CEO Kinepolis Group: “We’re looking forward to offering residents in the Haarlem area a unique movie experience. I’m confident that the cinema complex will enhance the attractiveness of the Schalkwijk Centre, which is set to become a vibrant place for shopping, living and relaxing thanks to the efforts of all partners involved.”

Kinepolis entered the Dutch market in 2014 and today it has 17 cinemas in the Netherlands following various acquisitions and the opening of four new cinemas (Dordrecht, Breda, Jaarbeurs Utrecht and ‘s-Hertogenbosch).

In total, Kinepolis Group currently operates 98 cinemas (45 of which it owns) worldwide, with a total of 893 screens and more than 175,000 seats. Including the acquired Canadian organization, Kinepolis employs 3,800 people, all committed to giving millions of visitors an unforgettable movie experience. More information on www.kinepolis.com/corporate.