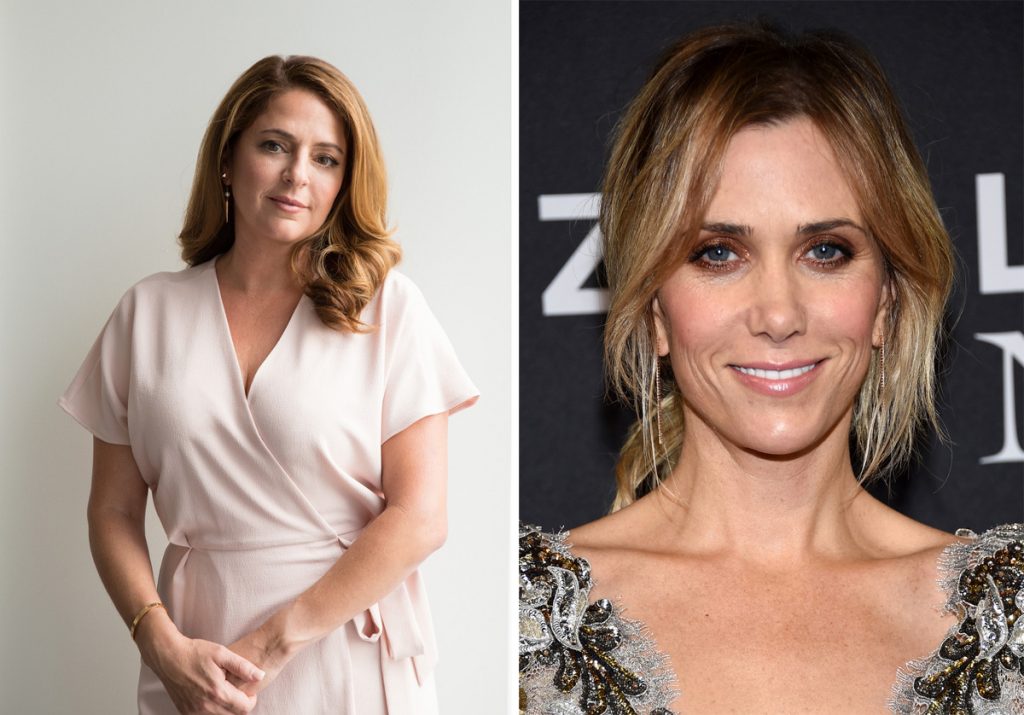 Comedy to be Released Next Year Written, Produced by and Co-Starring Wiig and Mumolo

Academy-Award nominees Kristen Wiig and Annie Mumolo reunite for the first time since their global box-office smash hit “Bridesmaids” to bring “Barb and Star Go To Vista Del Mar” to Lionsgate. Wiig and Mumolo co-wrote and will co-star in the comedy to be directed by Josh Greenbaum and slated to be released next year.

Gloria Sanchez Productions, the female-focused film and television production company founded and led by Jessica Elbaum, Will Ferrell, and Adam McKay, will produce along with Wiig and Mumolo.

“Barb and Star Go to Vista Del Mar” tells the story of best friends Barb and Star (Wiig and Mumolo), who leave their small midwestern town for the first time to go on vacation in Vista Del Mar, Florida, where they soon find themselves tangled up in adventure, love, and a villain’s evil plot to kill everyone in town.

“Having the opportunity to work with and support such talented female artists like Kristen and Annie, is the reason we created Gloria Sanchez. We are thrilled to be partnering with them on this project, and help them bring Barb and Star to the big screen,” said Elbaum.

“It is such an honor that Kristen and Annie have entrusted us with their follow up to Bridesmaids. Their projects offer a rare combination of big laughs, big heart, and female empowerment that everyone will love – men and women, young and old,” said Lionsgate Motion Picture Group President Nathan Kahane. “Barb and Star are true cultural icons in the making, and as they embark on this hilarious adventure, we are more than thrilled to partner with Kristen, Annie and Gloria Sanchez on what we know is going to be a great ride.”

“I’m so excited to be a part of this movie which showcases Kristen and Annie’s original, fresh, and undeniably hilarious voice in spades,” said Greenbaum. “I’m also always looking for projects with titles that rhyme, so it really all worked out on this one.”

Actor, writer and producer Kristen Wiig has been nominated for eight Emmy Awards, two SAG Awards, a Golden Globe Award, and received an Oscar nomination for co-writing Bridesmaids with Mumolo. Her upcoming projects include Wonder Woman 1984 (in which she will star as Cheetah) and Where’d You Go, Bernadette; and her past projects include Downsizing, alongside Matt Damon; The Skeleton Twins; The Diary of a Teenage Girl; and the Academy Award® nominated The Martian.

Academy Award-nominated screenwriter Annie Mumolo’s latest screenplay for Fox 2000, based on the life of Joy Mangano, starred Jennifer Lawrence and Bradley Cooper with David O. Russell directing. On the acting front, Mumolo was a series regular on the critically-acclaimed NBC comedy “About A Boy,” and she had memorable roles in Amazon’s “Transparent” and Netflix’s “Lady Dynamite.” She was also featured in the STX blockbuster Bad Moms, opposite Mila Kunis, Christina Applegate, Kristen Bell and Jada Pinkett Smith as well as This is 40, The Boss, and Afternoon Delight.

Greenbaum has directed The Short Game, Too Funny to Fail, Hulu’s “Becoming Bond,” and the hit TV series “New Girl” and “Fresh Off the Boat.”