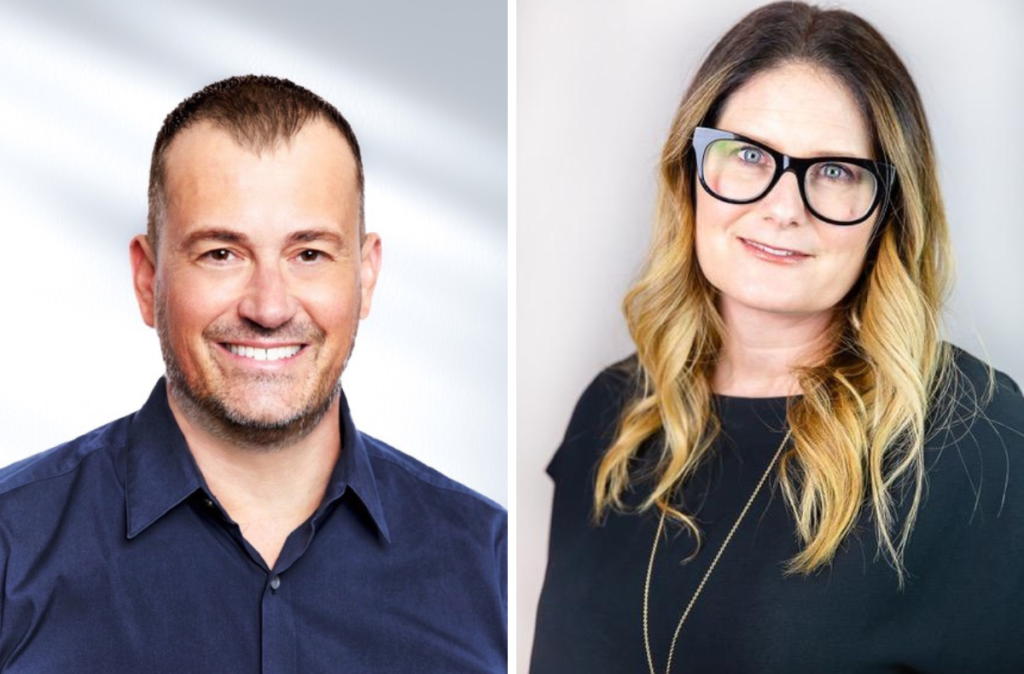 They will both begin their new jobs on November 1. Richards, who will serve as President of Lionsgate Worldwide Theatrical Marketing, most recently was Head of Film Marketing at AppleTV+ heading up the marketing for this year’s Academy Award-winning Best Picture “CODA”. During his tenure at Apple Original Films, he was responsible for building the film marketing organization and releasing a broad slate of films, including Tom Hanks’s adventure “Finch”, Tom Holland’s “Cherry”, and the Mahershala Ali drama “Swan Song”. Moore will partner with Richards as Co-President of the division. She joins Lionsgate from STXfilms, where she most recently served as President of Marketing and was instrumental in crafting the campaigns for hits such as “Hustlers”, “The Upside”, “The Gentlemen”, and the “Bad Moms” franchise, among others.

The two will work directly with Fogelson to oversee marketing and strategy on an upcoming slate that includes “John Wick: Chapter 4”, starring Keanu Reeves in the eagerly anticipated installment of one of the world’s premier action franchises; “The Hunger Games: The Ballad of Songbirds and Snakes”, the prequel to the studio’s nearly $3 billion blockbuster box office franchise; “Now You See Me 3”, to be directed by Ruben Fleischer; “Expendables 4”; the reimagining of the beloved classic “Dirty Dancing”, starring and executive produced by Jennifer Grey; “Ballerina”, which expands the John Wick universe with a female-led action thriller starring “Knives Out”’s Ana de Armas; a new and gripping continuation of the billion dollar “Saw” franchise starring Tobin Bell; “Are You There God? It’s Me, Margaret”, based on the Judy Blume classic, adapted and directed by Kelly Fremon Craig and produced by James L. Brooks; “Plane”, the action-thriller starring Gerard Butler; “White Bird: A Wonder Story”, which builds on the themes of the 2017 global hit “Wonder”, from director Marc Forster; “Borderlands”, an adaptation of the hit videogame starring Cate Blanchett, Kevin Hart, Jamie Lee Curtis, and Jack Black, and directed by Eli Roth; “About My Father”, starring standup sensation Sebastian Maniscalco opposite Robert De Niro; “Shadow Force”, starring Kerry Washington and Omar Sy; the Graham King-produced Michael Jackson event film; the Untitled Adele Lim Comedy, a hilarious and raunchy new movie from the producers of “Neighbors” and the co-screenwriter of “Crazy Rich Asians”; “Jesus Revolution”, starring Joel Courtney and Kelsey Grammer; and Tim Story’s raucous horror comedy “The Blackening”, which recently played to rave reactions at the Toronto International Film Festival.

“Having worked with both JP and Keri over many years, I know how exceptionally talented and skilled they are as marketers. I also admire and respect them as kind and compassionate people. Each has led careers defined by embracing and finding new, resourceful, entrepreneurial, and innovative ways to reach audiences and they will be exceptional leaders for our team,” said Fogelson.

Prior to AppleTV+, Richards served as the Co-President of Warner Bros. Pictures and New Line Cinema’s Worldwide Marketing organization. During his time at WB/NL Richards became known for his bold creativity, forward-thinking marketing, filmmaker relationships and developing a new culture of collaboration and innovation across all marketing disciplines that delivered phenomenal results for the legacy studio. His marketing leadership was instrumental in the success of films including “Joker”, “Aquaman”, “A Star Is Born”, “IT Chapters 1 and 2”, “Dunkirk”, “Crazy Rich Asians”, The Conjuring Series, The LEGO Movies, “Mad Max: Fury Road”, and “American Sniper”. Richards joined Warner Bros. in 2015, quickly rising from EVP of Worldwide Digital Marketing, to EVP of Worldwide Marketing & Chief Data Strategist. He was elevated to the Co-President post in 2019.

Before joining Warner Bros, Richards spent 12 years at Universal Pictures, holding the title of SVP of Digital Marketing at the time of his departure. During his time at Universal, he oversaw digital campaigns for the Bourne series, Fast series, Despicable Me series, “Pitch Perfect”, “Neighbors”, and “Bridesmaids”, among other films.

One of the most respected marketing executives working in the industry today, Moore has held senior leadership positions for two decades, most recently at STX Entertainment, where for eight years she has been a driving force behind the studio’s biggest successes. Over the course of her career, Moore has been recognized for both her creative instincts and excellent filmmaker relationships.

At STX, Moore built the creative department infrastructure and later redeveloped its marketing division as the studio pivoted into multi-platform releases. In her roles, she strategized and designed creative marketing campaigns for all of the company’s films, including critically-acclaimed and Golden Globe-nominated The Edge of Seventeen, Academy Award nominated Molly’s Game, Gerard Butler and 50 Cent’s action-thriller “Den of Thieves”, Guy Ritchie’s “The Gentlemen”, “Greenland”, and Golden Globe winner “The Mauritanian”. In addition to her oversight of the studio’s film marketing efforts, she handled marketing initiatives for STX Corporate and STXtelevision.

During Moore’s 10 years at Universal Pictures, she spearheaded the breakthrough campaigns for the first three blockbusters in the highly successful Bourne franchise: “The Bourne Identity”, “The Bourne Supremacy”, and “The Bourne Ultimatum”, the Academy Award-nominated “Seabiscuit”, “White Noise”, the global blockbuster “Mamma Mia! The Movie”, “The Incredible Hulk” and many others. Following her tenure at Universal, she joined Warner Bros. Pictures as a senior creative and oversaw campaigns including Guy Ritchie’s “Sherlock Holmes”, and Garry Marshall’s ensemble romance “Valentine’s Day”.