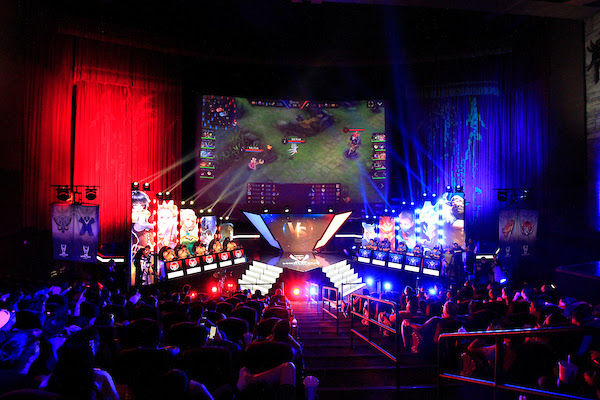 “Arena of Valor” is the world’s top grossing video game, played in 100 countries, and it was the centerpiece for a first-of-its kind world class competition in Hollywood at the TCL Chinese Theatre’s IMAX theatre, lavishly converted over a week’s time into an Esports Arena.

Keeping up with the changing face of entertainment and technology, the TCL Chinese Theatres launched into esports last year with the formation of its subsidiary company, Hollywood Esports, and recently unveiled its own, permanent esports venue at the TCL Chinese 6 complex. According to Robert K. Laity, CEO of Hollywood Esports, “competitive video gaming has emerged as such an important form of entertainment and is attracting a large audience of enthusiastic fans and to spectate and cheer for their favorite teams and players. We are pleased to be part of this community and serve as a host to such an important international tournament.”

The newly-configured TCL Chinese 6 theater—FIRST OF ITS KIND IN HOLLYWOOD—functions both as an MX4D® MotionEFX movie theatre, as well as serve as the first immersive spectator theater, hosting competitive esports tournaments. The venue was built by MediaMation, Inc.

About TCL Chinese Theatre
Since 1927, The TCL Chinese Theatre IMAX has been the home of the most important, star powered red carpet movie premieres and special events and is world-renowned for its unique forecourt of the stars, In 2013, the main theatre was relaunched as the world’s largest IMAX® theatre. Six additional theatres, The TCL Chinese 6, are part of the Hollywood & Highland complex.  www.tclchinesetheatres.com

About MediaMation, Inc.:
For over 25 years, MediaMation, Inc. has provided innovative technological solutions to the Cinema and Themed Entertainment market and has expanded to the Esports industry in 2017. MediaMation is an interactive technology company and a worldwide, leading supplier and manufacturer of patented technology for 4D/5D Motion EFX theatres and seats, including its MX4D® Motion EFX technology, with over 300 installations worldwide. MediaMation also designs and implements turnkey creative solutions for complex shows, rides, exhibits, fountain shows, etc. for theme parks, zoos, aquariums, museums, cinemas and FECs.