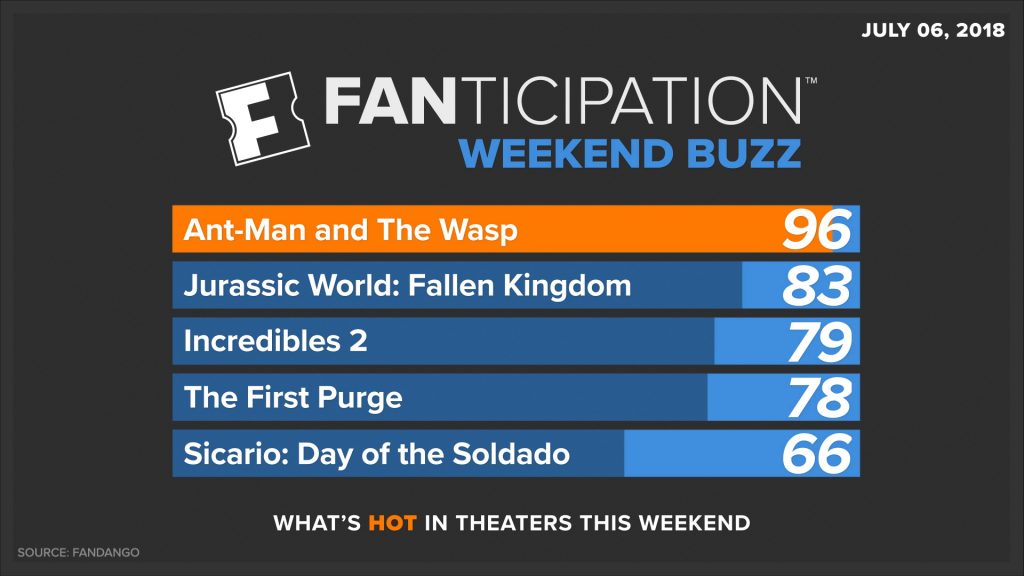 Marvel’s “Ant-Man and The Wasp” is currently ruling Fandango’s Fanticipation movie buzz index with a super-strong 96 out of 100 Fanticipation points and leading Fandango’s weekend ticket sales. Opening this Friday, “Ant-Man and The Wasp” is currently outpacing Marvel’s “Doctor Strange” at the same point in the Fandango sales cycle.

In a Fandango survey of 1,000 moviegoers planning to see “Ant-Man and The Wasp”:

“A record-breaking year for Marvel Studios continues this week with the highly-anticipated sequel, ‘Ant-Man and the Wasp,’ which looks to make a big mark at the box office with its tiny characters,” says Fandango Managing Editor Erik Davis. “Paul Rudd, Evangeline Lilly, Michael Douglas and Michelle Pfeiffer lead an action-comedy that is one of the more kid-friendly Marvel titles, and as such, will make a perfect holiday escape for the entire family.”

Fans purchasing tickets to the film on Fandango will receive an exclusive fan-created “Ant-Man and The Wasp” poster from Fandango FanShop, available here while supplies last.