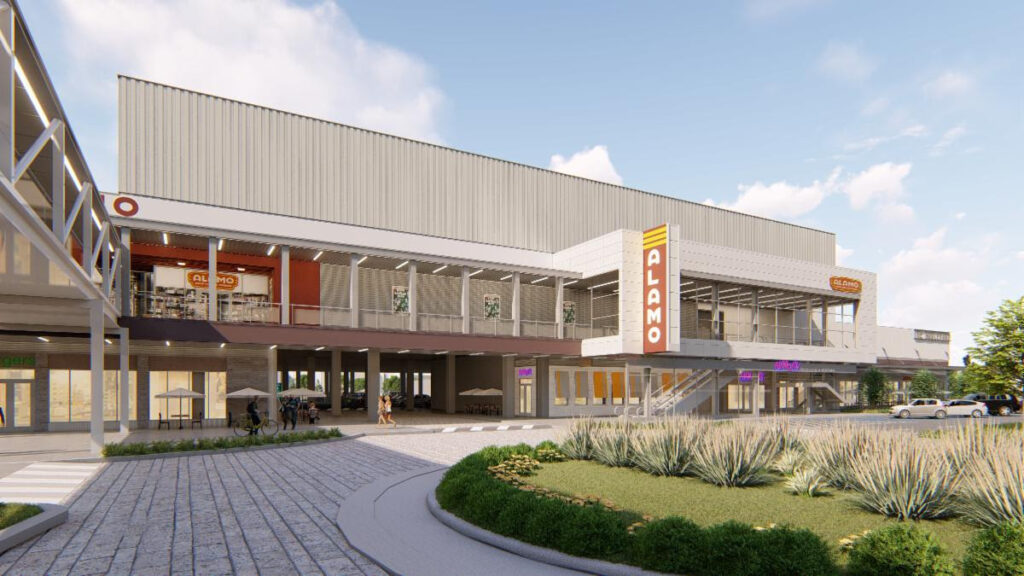 Alamo Drafthouse Cinema continues to expand with the announcement of seven new theaters and three new regions, including Chicago, Birmingham, and St. Louis. This expansion follows a record-breaking 2021 box office that brought the second-highest domestic opening of all time, “Spider-Man: No Way Home”, and which also saw massive Alamo Drafthouse results for films like “Licorice Pizza”, “The French Dispatch”, and “The Green Knight”.

“We’re so thankful for the continued strength and recovery of the theater industry thanks to a packed slate of titles in 2022,” says Alamo Drafthouse CEO Shelli Taylor. “And we’re very eager to bring the unique Alamo Drafthouse experience to Chicago, St. Louis, Birmingham, and beyond.”

The months ahead are expected to continue the cinema industry’s rebound from 2020 closures, bringing long-anticipated blockbusters like “The Batman”, “Doctor Strange and the Multiverse of Madness”, and “Top Gun: Maverick”. Additionally, it brings new films by filmmakers that hold special appeal to Alamo Drafthouse audiences, like Robert Eggers’ “The Northman”, Jordan Peele’s “Nope”, and “Everything Everywhere All At Once” by Daniels.

“Curating a diverse mix of films and showcasing independent artists has always been a passion of ours,” says Alamo Drafthouse founder and Executive Chairman Tim League. “Expanding our reach into new cities allows us to celebrate these filmmakers with a wider audience.”

The company will also expand the “The Big Show” experience, their next-generation Premium Large Format theaters with a towering 66’ wide by 28’ tall curved screen with immersive Dolby Atmos audio technology. All of the new locations will be paired with separate full-service bars featuring craft cocktails, wine, and local craft beers on tap.

The new theater will also feature The Flying Guillotine bar, a collaboration with Wu-Tang Clan founder RZA. Similar to The House of Wax and The Press Room bars at their other NYC locations, The Flying Guillotine will be a celebration of a unique piece of cinema history, in this case, the history of martial arts films. In addition to the requisite beer, wine and craft cocktail program, The Flying Guillotine decor will draw inspiration from the pages of the recent Mondo Publishing release “These Fists Break Bricks” by Grady Hendrix and Chris Pogalli and feature numerous displays of martial arts memorabilia and posters. The bar will also feature an all-martial arts free-rental video store.

Chicago, IL
The company is also opening their first theater in Chicago with Alamo Drafthouse Wrigleyville. Opening in the Windy City has been a long-time goal for Alamo Drafthouse, and this new theater marks an important milestone for the company. The 6-screen theater will be located in the historic Wrigleyville neighborhood, directly across the street from the beloved Wrigley Field in the Addison And Clark development.

The company will be bringing its unique brand of cinema eateries to Chicago Fall 2022. Chicago cinephiles can even enter to win a year of unlimited free movies through Alamo Drafthouse’s monthly subscription service, Season Pass, along with free Cubs tickets. Entry can be obtained by joining Alamo Victory, their free rewards program, and signing up for the Chicago newsletter.

St. Louis, MO
The Gateway City will be joining the Alamo Drafthouse family with a 10-screen theater located at the City Foundry STL development in St. Louis’ Midtown district. The new Alamo Drafthouse St. Louis will be a collaboration with franchise partner St. Louis Alamo Movies, LLC and is expected to open Fall 2022.

Glendale, CO
With all three of the company’s other Denver-area theaters now reopened, Alamo Drafthouse is excited to announce a new Glendale, CO, location in the Glendale Entertainment District. The new 9-screen theater will be opening in collaboration with franchise partners Alamo GlenCo Theater, LLC near the end of 2023.

Birmingham, AL
Alamo Drafthouse is also headed to the Magic City with their first theater in Birmingham. The 9-screen Alamo Drafthouse Birmingham broke ground at the historic Powell Avenue Steam Plant in the city’s Parkside District on February 3rd, and is being brought to the new region by franchise partners Birmingham Alamo Movies, LLC. Birmingham residents can expect to enjoy Alamo Drafthouse’s unique cinema experience in Spring 2024. Future guests can keep up to date on the latest news by joining Alamo Victory. When they do, they’ll be automatically entered to win a year of free movies via Alamo Drafthouse’s Season Pass subscription service.

Additionally, Alamo Drafthouse protects the theatrical experience with a zero tolerance policy for people who disrupt the film with talking or texting. Alamo Drafthouse’s “Don’t Talk” PSAs have frequently received national attention, and have featured former Texas Governor Ann Richards, Jeff Goldblum and a velociraptor, Georgie from “IT”, “The Room” director and star Tommy Wiseau, and one very angry voicemail.