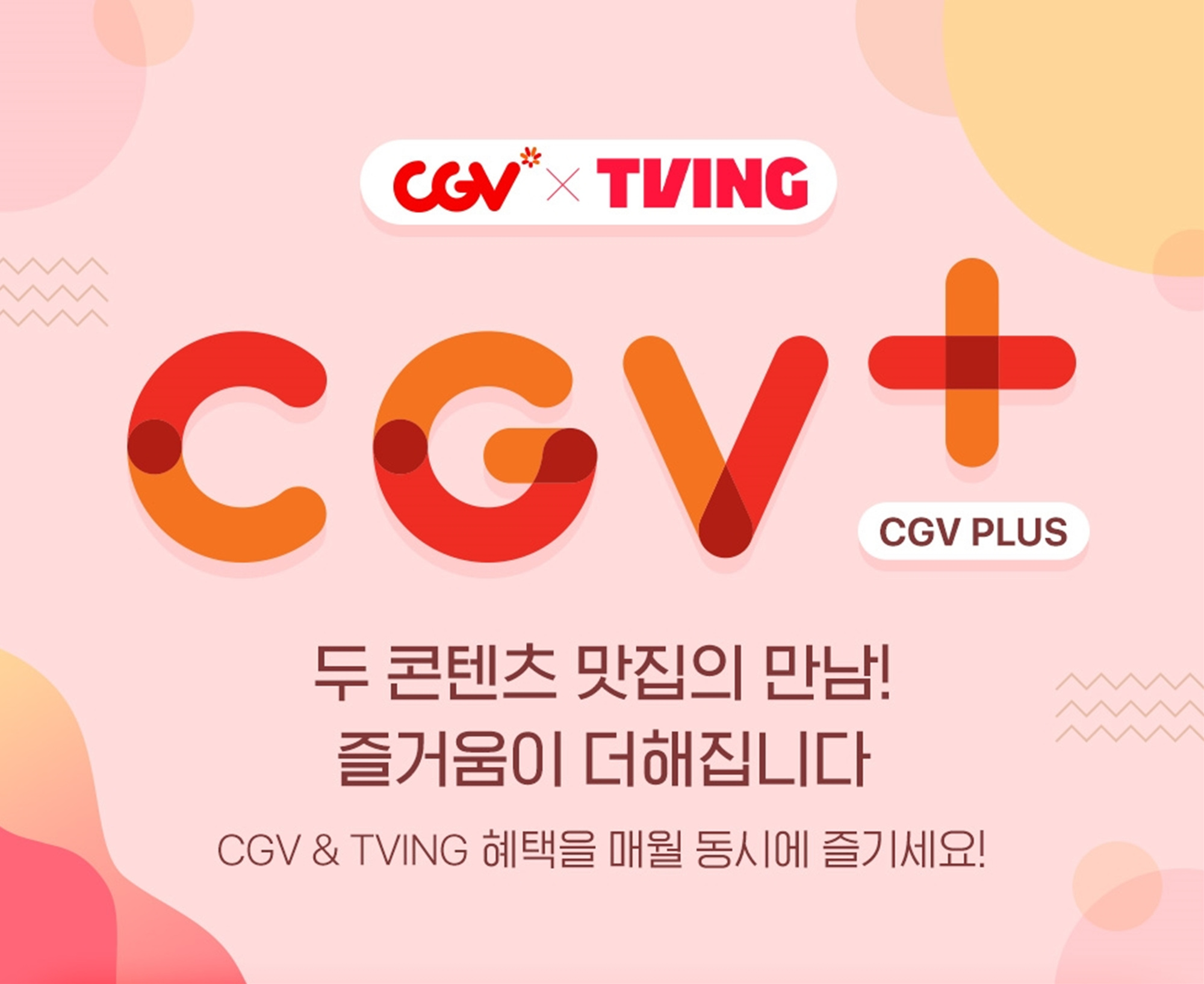 Korean cinema major CGV is set to launch a combined cinema and streaming subscription service. The CGV PLUS (CGV+) service will enable audiences to consume movies and TV shows both in multiplexes and in their homes. The scheme is a partnership with Korean SVoD service TVING, which streams Korean and international dramas, entertainment shows, exclusive television films and specials. The offer comes in two different configurations and pricing levels: CGV PLUS BASIC and CGV PLUS DOUBLE, depending on the level of interest and frequency of usage.

CGV PLUS SINGLE – gives members access to one regular 2D film cinema ticket, one CGV combo discount coupon of KRW 3,000 (USD $2.12), and a one-month subscription to TVING Basic. This level is targeted at semi-frequent cinema goers, who watch a movie every month at the theater and also consume original content on TVs or mobile devices. The TVING Basic SVoD subscription allows customers to watch movies, TV programs, and broadcasts of real-time channels in 720p HD quality on mobile and PC. The ‘CGV PLUS SINGLE’ offer costs KRW 15,000 (USD $10.58), which is around 40% off the regular price.

CGV PLUS DOUBLE – entails two regular 2D movie tickets, two KRW 3,000 (USD $2.12) discount coupons for going to the cinema with a companion, as well as a CGV concessions combo KRW 3,000 (USD $2.12) discount coupons, and a one-month TVING standard subscription. This is aimed at more frequent cinema goers who watch go to the cinema as a couple, family or with friends. The TVING Standard is same as TVING basic, except with 1080p picture quality. CGV PLUS DOUBLE is available for KRW 30,000 (USD $21.16), a 41% discount on the regular price.

The two offers will only be available to the first 10,000 customers on a first-come-first-serve basis. Membership to it is purchased via the CGV mobile app. They are then taking to the ‘Membership Payment’ page and get a coupon code to redeem with TVING. “CGV PLUS has been introduced so that movie-loving audiences can experience content through various channels,” said CGV’s Cheol Cheol, Marketing and Communication Team Manager. TVING is a joint venture between CJ E&M, Naver and JTBC. TVING has a partnership with Paramount+ and will merge with Korean streaming platform Seezn in December. It is expected to become Korea’s largest streaming platform, with an estimated 5.6 million active monthly user, compared to 4.2 million for the next biggest local platform Wavve.