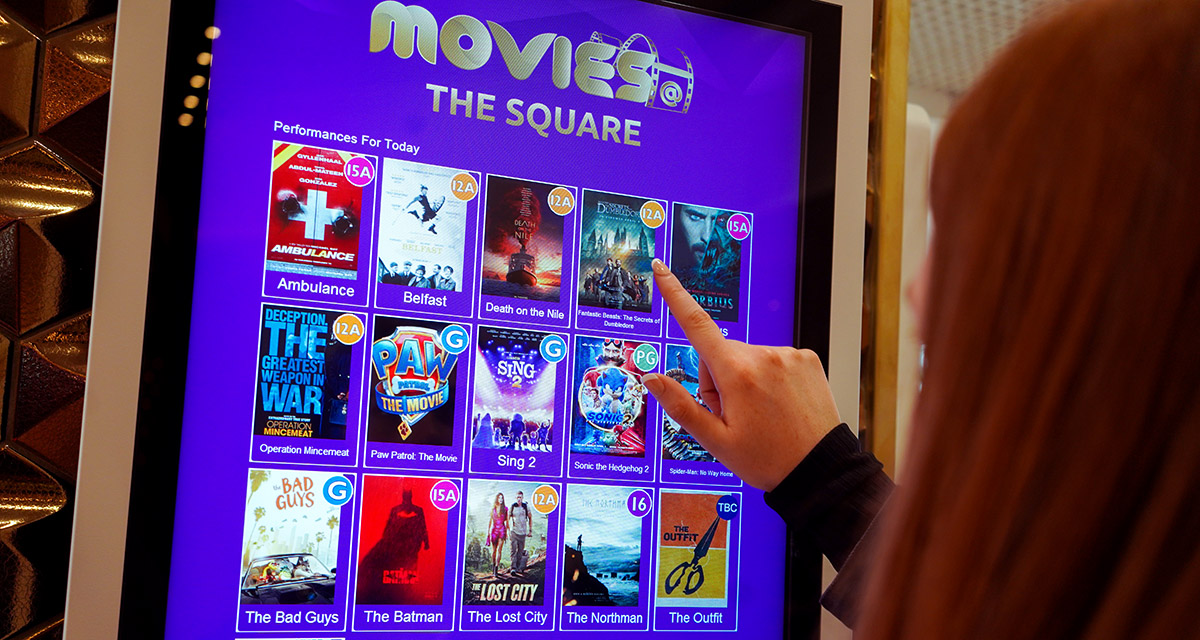 On the even of every major cinema industry trade show it is quite common for our inboxes to overflow with meeting requests, sales pitches, product updates, market research and other event related info. These missives come in from companies far and wide, of all shapes and sizes from manufacturers to studios to service providers and, at least in our case, publicists. So it’s noteworthy when a message manages to get our attention before a conference like CinemaCon, which takes place next week in Las Vegas.

Such was the case last week when an email arrived from Mark de Quervain, the Director of Strategy and Client Services at Showtime Analytics, with the subject line “Latent Demand.” Given the reputation Showtime Analytics has built over the last seven years specializing in exhibition-centric analytics and data, one would expect the email contained some sort of industry research worth skimming ahead of a conference, if only to look smart when referencing its facts and figures with colleagues. Instead, what we found was details of a survey the company had completed in early April (so the data is fresh) that generated results leading to actionable steps exhibitors can take to increase attendance at their theatres using something known as “latent demand,” which explains the subject line.

At a time when cinema operators are looking innovative ways to rebuild their business after the residual effects of COVID closures decimated the industry with high churn, we thought that exhibitors who have been forced to be more innovative in how they attract audiences back to the big screen, might benefit from some of the guidance Showtime’s report outlined. We asked if we could share it with the industry at-large and, while this kind of intelligence is usually a product Showtime offers clients, they generously agreed.

The survey was designed to help identify what the exhibition community can be doing to get people of all ages back into a habit of moviegoing in what is, arguably, a much different landscape in regards to post-pandemic consumer behavior. “Relying on tentpole releases and studio marketing efforts to drive admissions is no longer a viable strategy,” said de Quervain. “We must look at other ways to rebuild our audiences’ love for cinema.”

First Showtime set out to understand why moviegoers weren’t returning to theatres in the same numbers as they did pre-pandemic. What they found was a common response among both avid movie goers and infrequent visitors, who said, “I really wanted to see that movie in the cinema but I missed it.” This sentiment was true even for occasional cinema-goers, whose desire to see a film in theatres is more easily pushed down the to-do list than with those who love to go.

The survey was conducted in partnership with Movies@, an Irish cinema chain with 5 sites throughout the country, including a new 13 screen multiplex in Dublin. Showtime found that, of the over 2,000 participants in the study, 33% of customers who want to see a given film cinemas fail to convert. Assuming the responses would be the same globally, it begs the question of how exhibitors can capitalize on customers who actually want to see a movie in theatres, whether avid moviegoers or those who don’t prioritize a trip to the multiplex, and start converting some of this latent demand into additional admissions during a film’s primary release window.

Think of latent demand as “low-hanging fruit” that needs to be picked, or in this case, converted into real admissions. These are patrons who don’t need to be convinced to see a film in a movie theatre. And, if people have already decided they want to go to see a specific release, it’s now down to exhibitors to help make it easier for them to remember the film they want to see, why they want to see it and when they can do so.

“If opportunities to entice such moviegoers are overlooked, they are more likely to visit less frequently over time and potentially become less engaged with the cinema-going experience,” said de Quervain.

Why Moviegoers Fail to Show Up at the Multiplex
Based on customer survey and social media outreach, Showtime found, the top reasons a potential customer did not seeing film they wanted to see in a movie theatre were:

How Exhibitors Can Increase Conversion
It’s all fine and well to know that there are potential moviegoers out in the wild whose latent demand is not being addressed because they aren’t coming to see releases in which they have an interest. And it’s nice to know the percentage of such potential patrons (33%), but how can cinema operators identify such customers in order to coax them back into theatres? That is a more difficult problem to solve and there is no direct answer. However, in reporting their survey results, Showtime also outlined several ideas their data has shown can help exhibitors increase conversation rates. In their own words, they are as follows:

Which of the following would help you not miss films you really want to see at the cinema?

Latent Demand Rankings
When conducting their survey, Showtime asked respondents which recent releases they most wanted to see in a movie theatre, but missed for various reasons. Jennifer Lopez will either be ecstatic with the results or upset that her film “Marry Me” came out on top with 56% of those surveyed wanting to see the film, but failing to do so before it left cinemas.

Forecasting Intent To See
The Showtime survey also asked what upcoming releases respondents were most looking forward to seeing in theatres. “Understanding your audience through surveys like these is a powerful way to gain insight into what will drive conversions not just for the long tail movie marketing but for pre-sales of upcoming releases,” de Quervain said, going on to explain that having such knowledge will allow exhibitors to implement awareness campaigns with calls to action. If conversion is tracked properly and optimized, it should help exhibitors drive additional revenue from titles that have a high awareness and potential latent demand. The results below are from the first week of April and, once again, it looks like a “Jurassic World” sequel is going to take a big bite out of the box office: