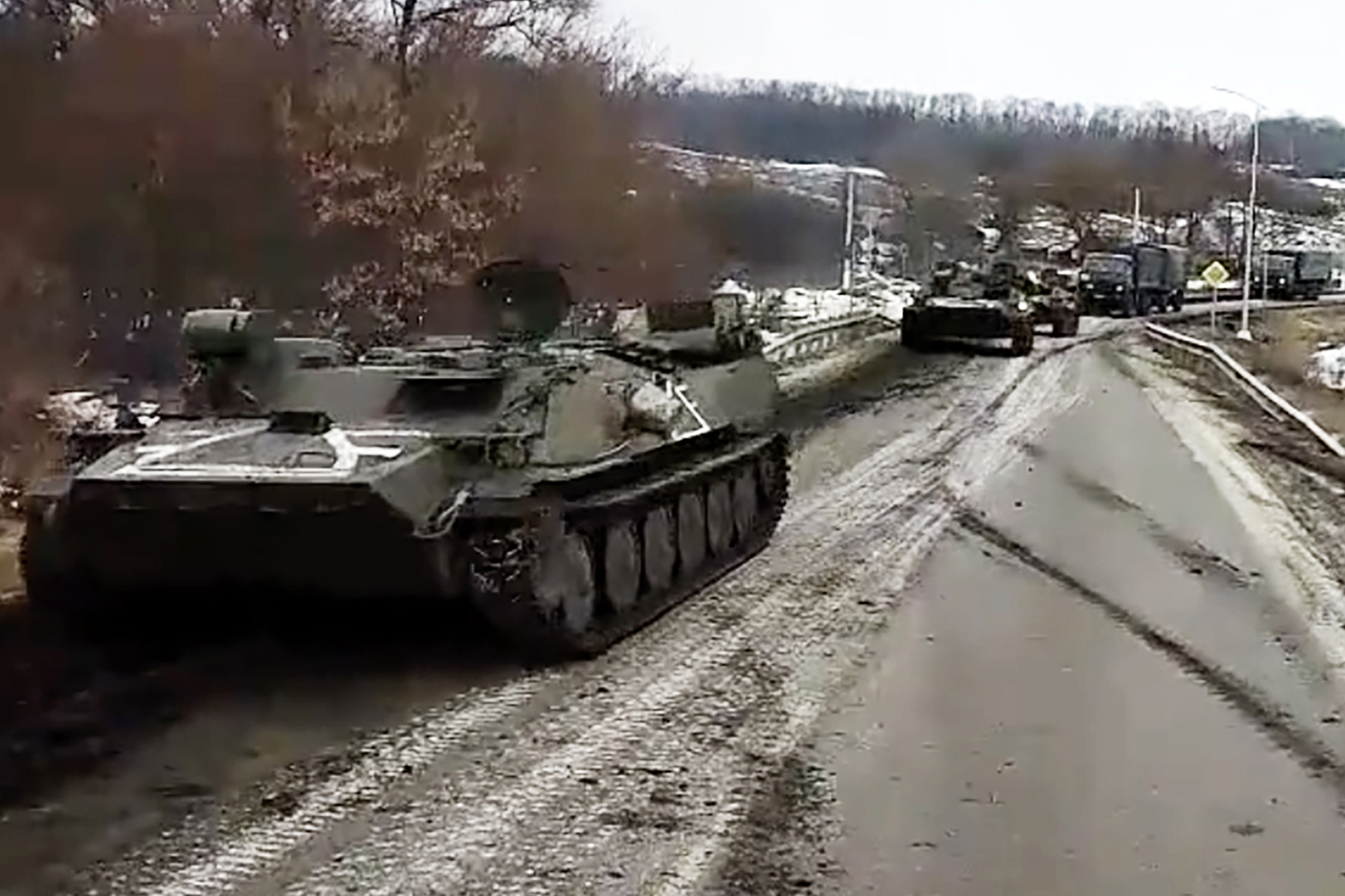 A sovereign European nation of 44 million people is under attack by one of the largest armies in the world. The unthinkable reality of unprovoked hostility seeking to redraw the map of Europe is now playing out a two hour flight from most European capitals. NATO and other Western democracies are not sending troops to help defend Ukraine. Instead the West needs to ask itself what sacrifices it is prepared to make to impose the harshest possible sanctions on the naked aggression of Vladimir Putin, Russia’s leader. And while cultural and entertainment products are hardly a priority at such times, it will force to Hollywood urgently decide if it wants to keep making money in Russia or stand with those defending democracy with their lives.

Harsh economic sanctions against Russia are coming. While they will not change Czar Putin’s mind or halt his ground forces, they will make life increasingly difficult for everyone from oligarchs down to the average person on the streets of Moscow. Prior to their dead sons returning in coffins to mothers and fathers all across Russia, people from Kaliningrad to Vladivostok need to understand that their leader has turned their country into a pariah state. And while Russian cinemas show films from all over the world including other western countries, Hollywood, which provides the lion’s share of such movies, can make that point loud and clear by halting the availability of its films and television shows across Russia.

While sanctions may immediately prevent western films from being distributed in the territory, and while a total boycott of Russia by Hollywood studios and entertainment platforms might have seemed unthinkable just 24 hours ago, the weight of history is now on the executives and shareholders of these multi-national companies that make up the United States’ largest export industry. such a boycott is also not without precedent. One doesn’t have to reach as far back as the film blockades of the Second World War or the artists’ boycott of South Africa in the apartheid era.

Currently Netflix is not legally available in North Korea, Syria, China and occupied Crimea. If Ted Sarandos and Reed Hastings don’t feel that Russians occupying the southern peninsula of Crimea deserve to be able to watch “The Tinder Swindler,” then neither does Putin in the Kremlin. The alternative is for them to wait until the rest of Ukraine is occupied and only then remove the popular platforms from Russia, but that would be punishing the victims, including the Russian people, rather than the aggressor.

While streaming services can turn off the tap of their entertainment to Russia as effectively as Russia can strangle the gas supplies going in the opposite direction, Hollywood studios can make Russian cinema screens go dark almost as quickly. Hollywood studios, along with those in Europe and elsewhere, can indefinitely postpone any new film releases and avoid renewing KDMs for films already in release.

Such a move to halt the supply of Hollywood films will inadvertently hurt Russian cinema operators, many of whom will tell you in private that they oppose Putin’s military adventurism. But just as European consumers are hurt by Russia choking off the gas supply to heat their homes, so too will Russian businesses and ordinary people suffer as economic retaliation is enacted for bringing war back to Europe for the first time in nearly 80 years. Neither side’s suffering begins to compare to the death and carnage taking place in Ukraine right this minute. The global exhibition industry will undoubtedly need to find a way to support its Russian and Ukrainian counterparts during a difficult time that is not of their own making.

It is promising that Hollywood studios have recently demonstrated they are willing to stand by their convictions and morals, such as refusing to censor their films to suit certain countries’ prejudices when it comes to LGBTQ+ issues. It has cost studios such as Disney et al. very real income by not releasing films in these country’s movie theatres rather than censoring them. Instead of getting caught up with the Oscars shunting some categories of its telecast, the worldwide film industry needs to confront what it is prepared to do about the largest threat to global peace and security this century. Hollywood and international distributors should not wait until it is mandated by Washington or their own governments to restrict their business with Vladimir Putin’s Russia.

Every film shown in a Russian cinema brings in a tax in roubles that helps pay for bullets and bombs destined to kill Ukrainian men, women and children. This could mean, Russia’s weekly box office reports may soon, inadvertently, be tainted with blood. For at least as long as a latter-day Stalin brings death and destruction to Ukraine, and who knows where else next, the international companies that distribute films and television shows in Russia should cease doing so. Russians can still watch Russian films, which are thankfully plentiful, and not escape the brutal reality that their leader has created by hiding from it for two hours of popcorn-infused fantasies.