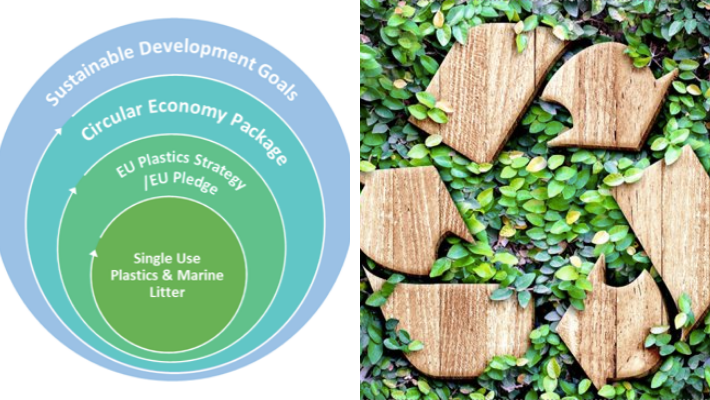 During the last year of existential challenges to cinemas the world over, sustainability hasn’t been a top priority for exhibitors, focused as they have been on straightforward survival. But now that cinemas are enjoying a “reopening boom”, particularly after the United Kingdom’s recent 17th May milestone of lockdown measures lifting further, along with France on 19th May, the reasons behind the need to switch to greener measures sadly haven’t ceased to exist. To that end, the UNIC Sustainability webinar took place on 20th April 2021. It was the first virtual session since the pandemic began, after the conception of the UNIC Circular Economy Retail Group (UCERG) in 2019.

An offshoot of the UNIC Retail Group, UCERG was launched, in partnership with The Coca-Cola Company, with the objective of bringing people together across the industry to discuss best green practices, communicate progress and identify funding opportunities. But over time, and as discussions continued, it became apparent that being more sustainable wasn’t solely a concern for the retail side of the industry. So industry representatives from cinema marketing and technology were invited to take part in the afternoon’s discussion.

A Circular, Post-COVID World
UNIC’s Chief Executive Laura Houlgatte opened the proceedings with a useful video, courtesy of the BBC, explaining exactly what a circular economy is. An update then followed on the legalities affecting cinema operations across the European Union and its member states. Of note is the bloc’s “Recovery and Resilience Facility” which refreshingly requires incorporation of a green agenda, rather than merely posing it as an option or idea. A country’s COVID recovery proposal must clearly demonstrate these intentions, if funding is to be received from the facility.

More specifically, two areas will have to be incorporated into each member state’s post-COVID plans – Green and Digital. The former has to be allocated a minimum expenditure of 37% into investment and reforms, while the latter must receive a 20% allocation to foster the digital transition.

Another significant step forward for sustainability came in the form of an update on the Single-Use Plastics EU Directive, adopted by the EU Parliament, Commission and Council in 2019. The directive comes into force this year, and illustrates a clear recognition of the importance of sustainability. It’s also worth noting the swiftness with which this directive was adopted – in months, rather than the – not-unusual – two to three years. Member states have had the last two years to transpose the directive into national law this year, with an EU Commission review set for 2027. And as Houlgatte stated, this is not the first and only green ambition for the EU but is the start of a new ambitious budget with sustainability at its heart.

Greener Audiovisuals
In addition to the Single-Use Plastics directive, there are other sustainability initiatives brought about by the EU Parliament in relation to the creative industries. Houlgatte mentioned three in particular:

Greening Creative Europe – this initiative looks at what could be improved within the funding programme to make the creative industries more sustainable.
European Film Forum – a gathering of experts at big audiovisual industry events such as Cannes, Venice Film Festival and CineEurope to discuss topics, of which sustainability and “being greener” is now on the agenda.
Media and Audiovisual Action Plan – published by the European Commission in December 2020, it sets out a roadmap for the next two to three years of ten key points, one of which focuses on “greening” the industry by sharing best practices.

Getting Ahead of the Curve
The need to live more sustainability is now far from being a fringe issue. To demonstrate the wide-reaching implications of this, Houlgatte drew attention to the client letter sent out by Larry Fink, CEO of BlackRock, the world’s largest investment fund. The letter details the changes made by BlackRock towards investors and investments, using sustainability as their standard for investing, and is a clear illustration of Environmental Social Governance (ESG) being taken seriously. To quote Fink, “[…] integrating sustainability can help investors build more resilient portfolios and achieve better long-term, risk-adjusted returns.”

In layman’s terms, and particularly pertinent to our industry, operating more sustainably will not only save money but will strengthen a company’s standing, both financially and fundamentally. ESG categories are worth looking at themselves to provide a 360-degree view of the overall approach to sustainability, which doesn’t just cover the environmental facet but also looks at the social and governmental impacts of measures taken.

To share best practices and affordable solutions means to be front-footed about the coming – eventually obligatory – changes to operating procedures. In this way, taxes – particularly a carbon tax – will be used as an instrument to enforce green changes so a proactive approach will, both hypothetically and literally, pay dividends.

Why Being Green Matters
Oliver Delaney, The Coca-Cola Company’s European Away From Home Director, then shared some insights into why being green actually matters. The human tendency is to focus on more immediate and pressing problems, of which COVID was, and still is, the main one from the last 18 months. But although climate change may not present itself in our everyday lives in the same way as COVID – yet – customers, and employees, are constantly asking more and more what businesses are doing to operate more sustainably.

Along with what sustainability should be, Delaney reminded us that there are things it should not ever be; a “nice to have” or tick box exercise, a collection of projects separate from the core business function and, indeed, a comms or PR reputation-management tool. He pointed out that there’s a need for transparency, now more than ever, and in part because consumers, and even employees, demand it. And what’s more sustainability actually supports a growth agenda.

Increasingly, millennials are particularly engaged in issues relating to the environment. Delaney drew attention to Ecosphere’s Technical Manager Daniel Fisher, who relaid some statistics in a short video as to the changing dynamics of the global workforce. By 2025 millennials will make up 75% of the workforce, giving them an impressive purchasing power of $600 billion.

Delaney’s fundamental message was that consumers do care about being sustainable and much more attention is now given to what is (and, perhaps more importantly, isn’t) being done to advance the green agenda. Responsibility towards the environment should be baked into the heart of a company’s business plan and that making zero changes is far riskier in this climate (pardon the pun) than doing something – anything! – big or small.

Keep an eye out for the next part of our write up on UNIC’s Sustainability Session. You can watch the event, in full, here.