If you search the internet for multiplexes in Italy, you will find out that the Lombardy region is where the largest quantity of multiplexes is located. It’s easy to understand why: the cities are bigger, population is higher, economical production is robust, wealth is more rampant. Now, the competition is strong between these venues, but if you search the state-of-the-art of cinema auditoriums not only in Lombardy, but in the whole of Italy, no doubt you will have in mind one screen only: PLF Sala Energia at Arcadia Cinema in Melzo, a handful of kilometres from Milan, not far from Linate City Airport.

Driving east from the centre of the Italian financial capital through one of the many peripheral arteries, you get out from the fast city routine and depart for a journey to a close encounter: at the end, you’ll be in front of a sort of round spaceship lit up by three-time Academy Award winner cinematographer Vittorio Storaro; he helped design the whole project together with THX Lucasfilm. The external archways are the distinctive signature of this cinema cathedral. Above, on the top of the building, the illuminated sign ‘ARCADIA’ shining with capital letters coloured like a rainbow in a white sky wall. 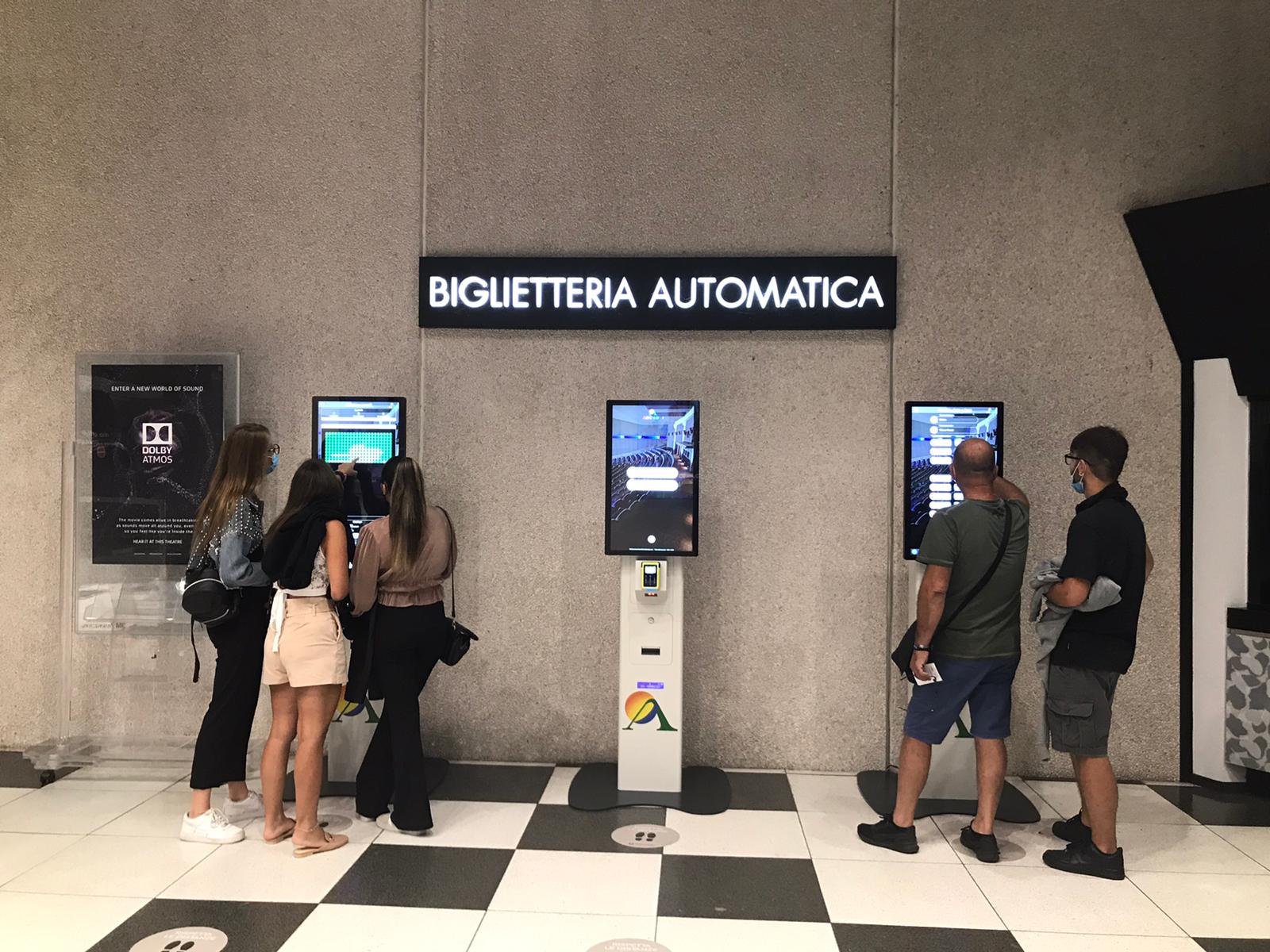 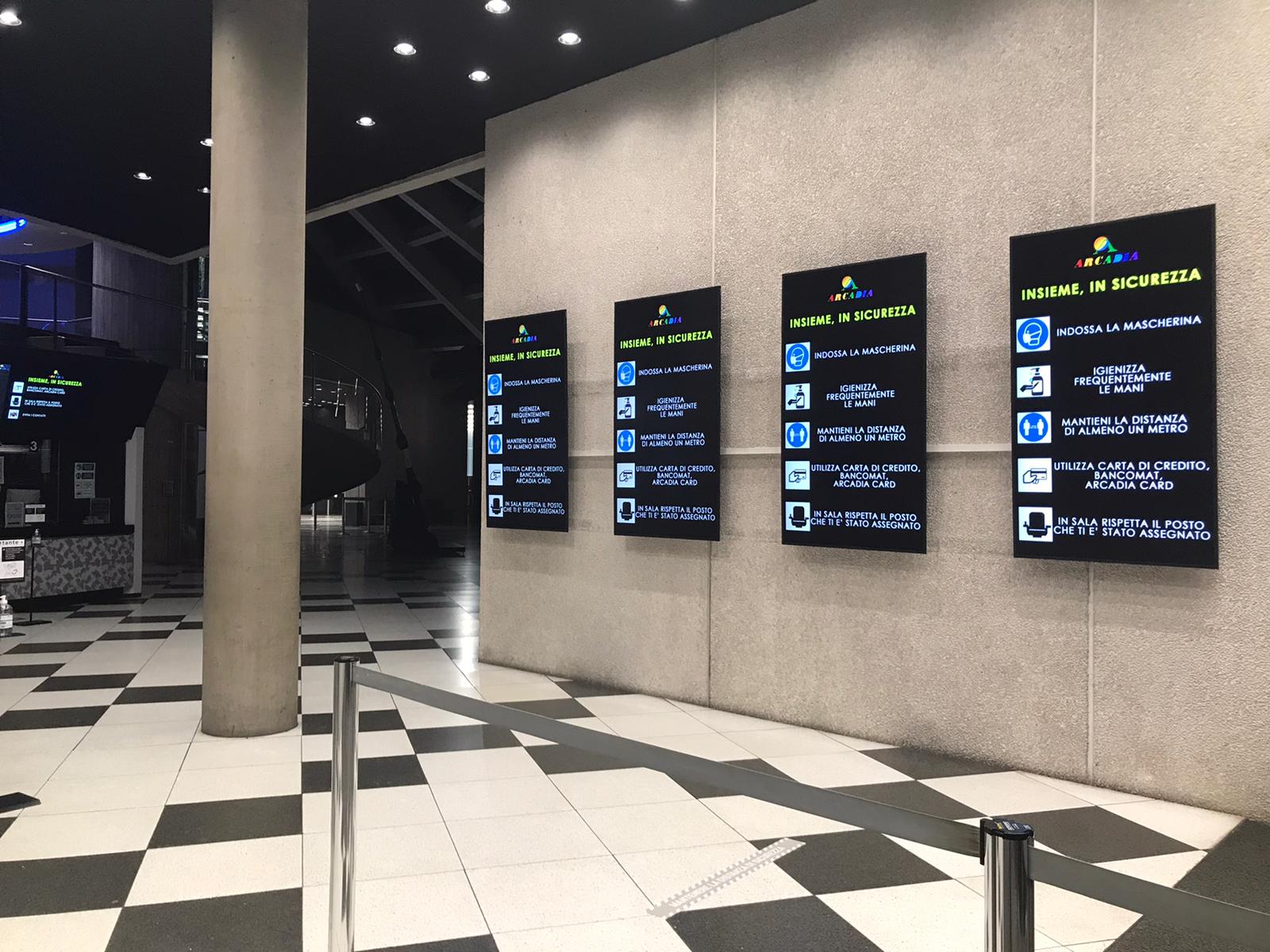 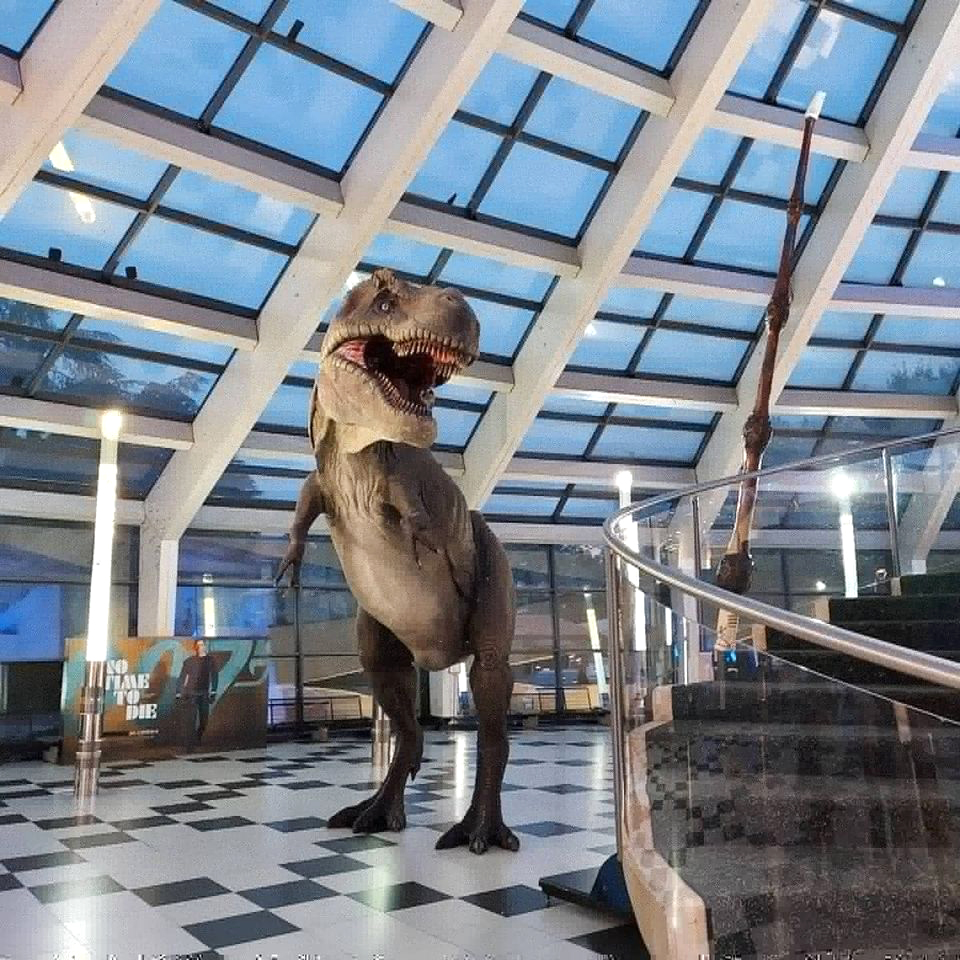 Opened in 1997 by Piero Fumagalli, his daughter Laura and the Fumagalli family. Both father and daughter have been in the independent cinema business for over forty years (first at Cinema Centrale from 1979), Arcadia was the first multiplex in Italy, the first with pre-booking service reserved seat selection, the pioneer in digital cinema from early 2001 with a digital screening, one year later, of “Star Wars Episode II: Attack of the Clones” which was introduced by a special video-message from George Lucas. Arcadia was the first cinema to guarantee a real cinematic experience with tons of technology spread everywhere: since the beginning, it became a point of interest not only for cinema lovers in the Lombardy region, but for all of Italy. For more than twenty years, its consistent reputation of top quality theatrical experience has not changed and despite the high level reached throughout the years, the ticket prices are still affordable: EUR €7 to €10 (USD $8.15 to $11:16), plus a little extra if you book your seat in advance.

Entering the cinema, the visit begins at kiosk ticket counters, but your attention is immediately captured by a life-size T-Rex replica from the “Jurassic Park” movie saga and a huge magic wand from “Fantastic Beasts and Where to Find Them.” So you buy your tickets, take a selfie with the dinosaur in this big glass semi-circular dome, but then you turn your head to take a look down and here a nice huge lobby leads to the main concession stand at the end of a large corridor. Beside this, a giant genie lamp, a statue of a Ninja Turtle, a huge Avengers’ Thanos and Star Wars spaceship models. So, now you go on attracted by all these beauties, but it’s not over yet; the best is yet to come because, just a few steps beyond, some pieces of cinema technology history make a welcome show of themselves. In fact, in the cinema lobby there is a permanent exhibition of cinema technology with the very first manufactured Cinemeccanica 70MM projector and an IMAX 15/70MM projector with a platter system – welcome to Cinema Paradiso, folks!

Along the aisle, there is also a cinema dedicated Mondadori bookstore and a reserved area for kids where birthday parties are usually celebrated. At the bottom, the big concession stand widens the entire length of the perpendicular wall and, in the side corners, the toilets are easily accessible and sparkling clean (which is not always a given in a multiplex, generally speaking). 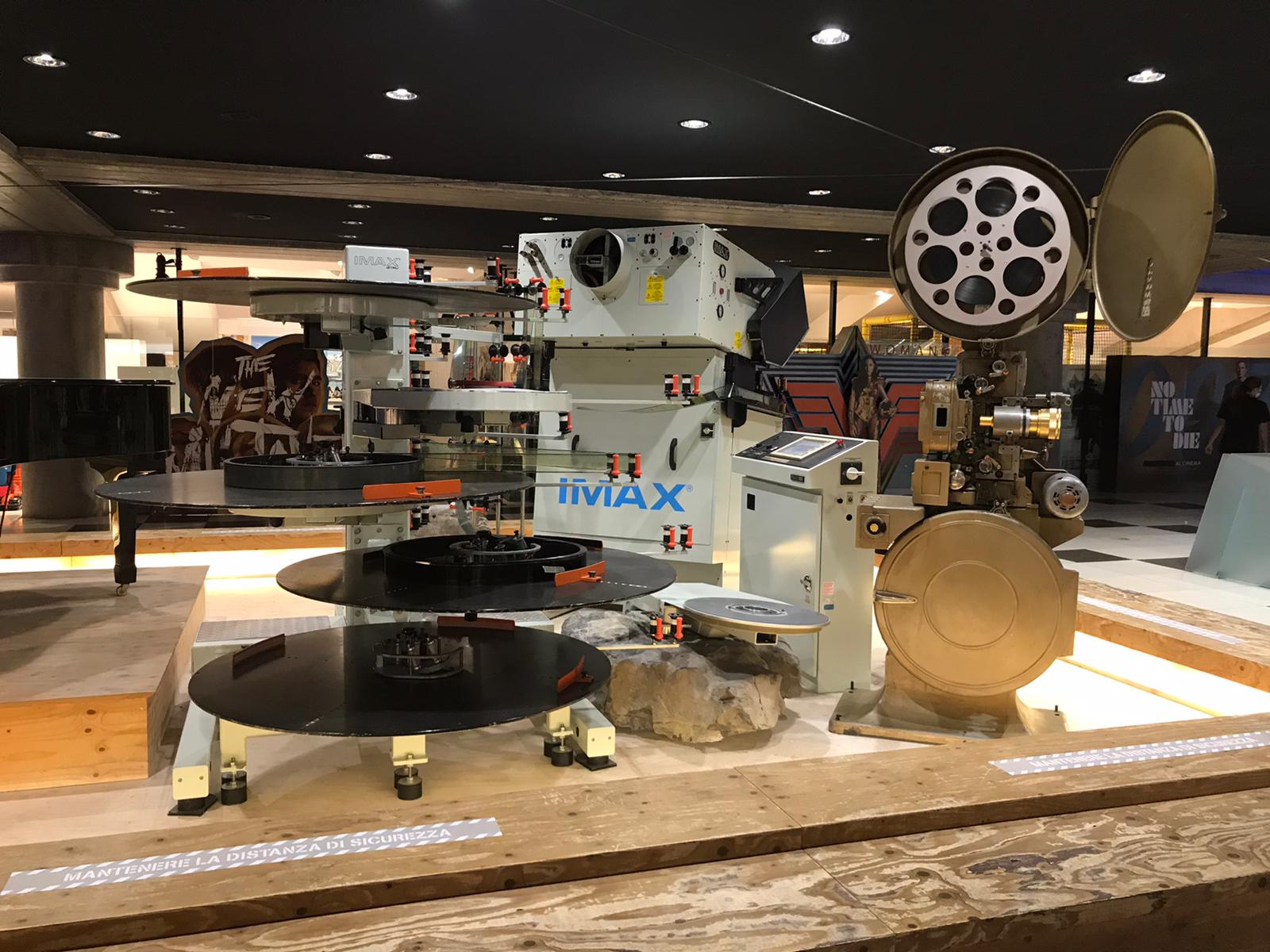 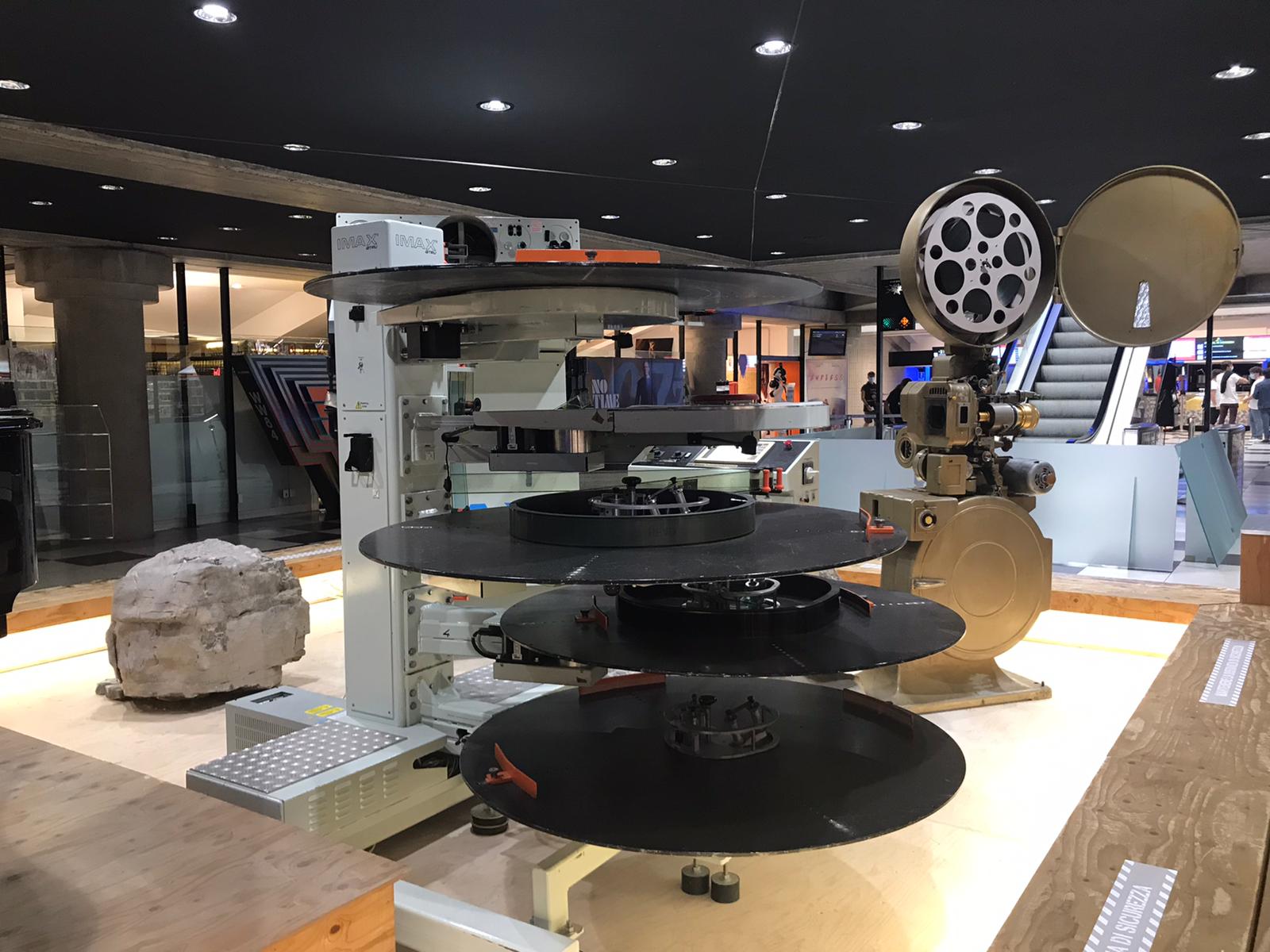 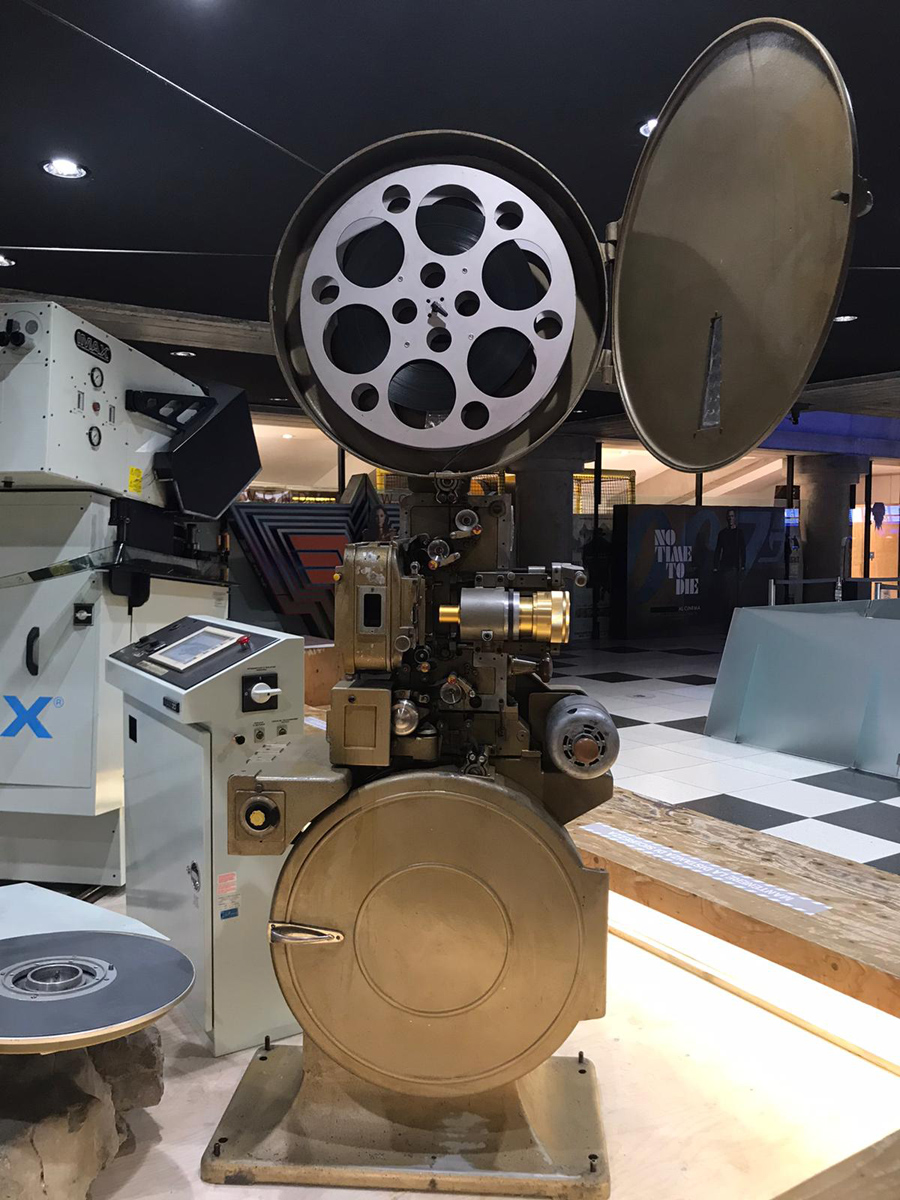 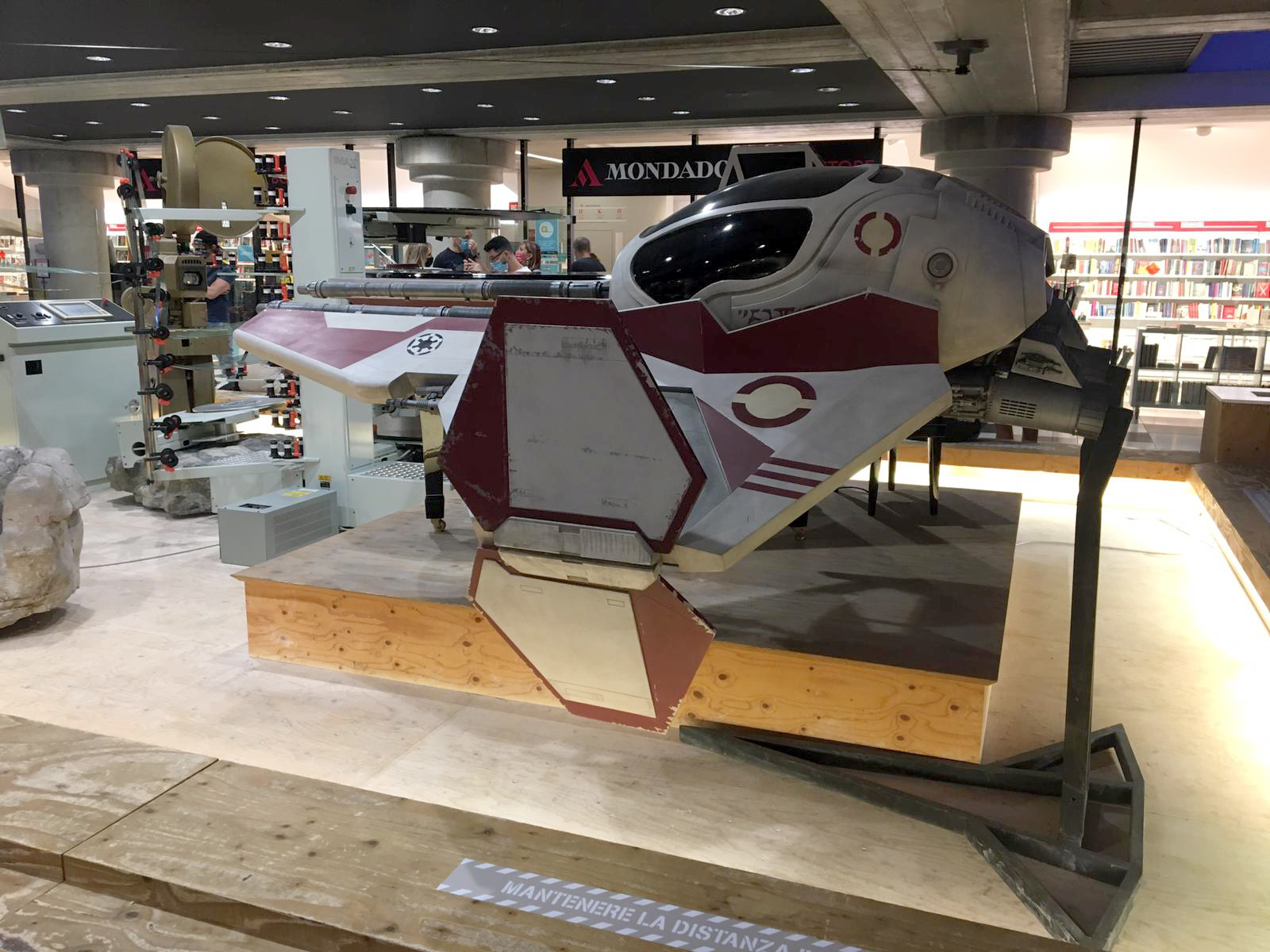 Now, if you already feel excited to be at Arcadia Cinema, you will be overwhelmed upon arriving at the first floor; it evokes a feeling of stepping into a sci-fi movie, with suffused blue light that creates a silent and futuristic environment. The most astonishing characteristic of the upper hall is that the projection booths have transparent glass walls, so passing time while waiting for the show to begin becomes more interesting than ever. I am not ashamed to say that I took a few minutes eating my popcorn in front of the digital projector and equipment rack of the Air auditorium while it was running during a screening. On this level, a smaller concession stand is surrounded by the five auditorium entrances: four of them are twin – Air, Water, Earth and Fire – with 220 seats each and a screen of 18 meters (60 feet) width, which is far beyond the average screen size in Italy. Then, the gorgeous PLF Sala Energia (Energy) with 630 seats and  a 30 metre (98 feet) Harkness Perlux 1.8 gain white screen (with moving masking), the biggest in Italy and one of the biggest screens in the world. This auditorium looks like a temple, for the kind of religion cinema is for some; four Doric columns decorate the back wall and the curved screen accentuates the theatrical perspective. The stadium seats are large and comfortable, but they are contained in height so that the first visual impression is a lower inclination of the stairs. When you sit down, the reality is that your row seems to be the only one and you won’t be disturbed by people sitting in front of you or passing through because there is a huge space between each row.

The cinema has many ways to show movies; Arcadia is the only commercial cinema in Italy to be able to screen in 70MM thanks to a Cinemeccanica V8 platter system projector and a Philips DP70 in PLF Sala Energia booth. In between the two film projectors, there are two Christie Digital 4K projectors outfitted with Cinemeccanica laser-light source. Throughout the last 20 years, and for 20 years before that at Cinema Centrale, screenings in 70MM of “2001: A Space Odyssey”, “Ben Hur”, “West Side Story”, “The Last Emperor”, “Hamlet”, “The Hateful 8”, “Interstellar”, “Dunkirk”, “Ready Player One”, “Murder on the Orient Express”, “Joker” and, recently, “Tenet” have been extremely successful. 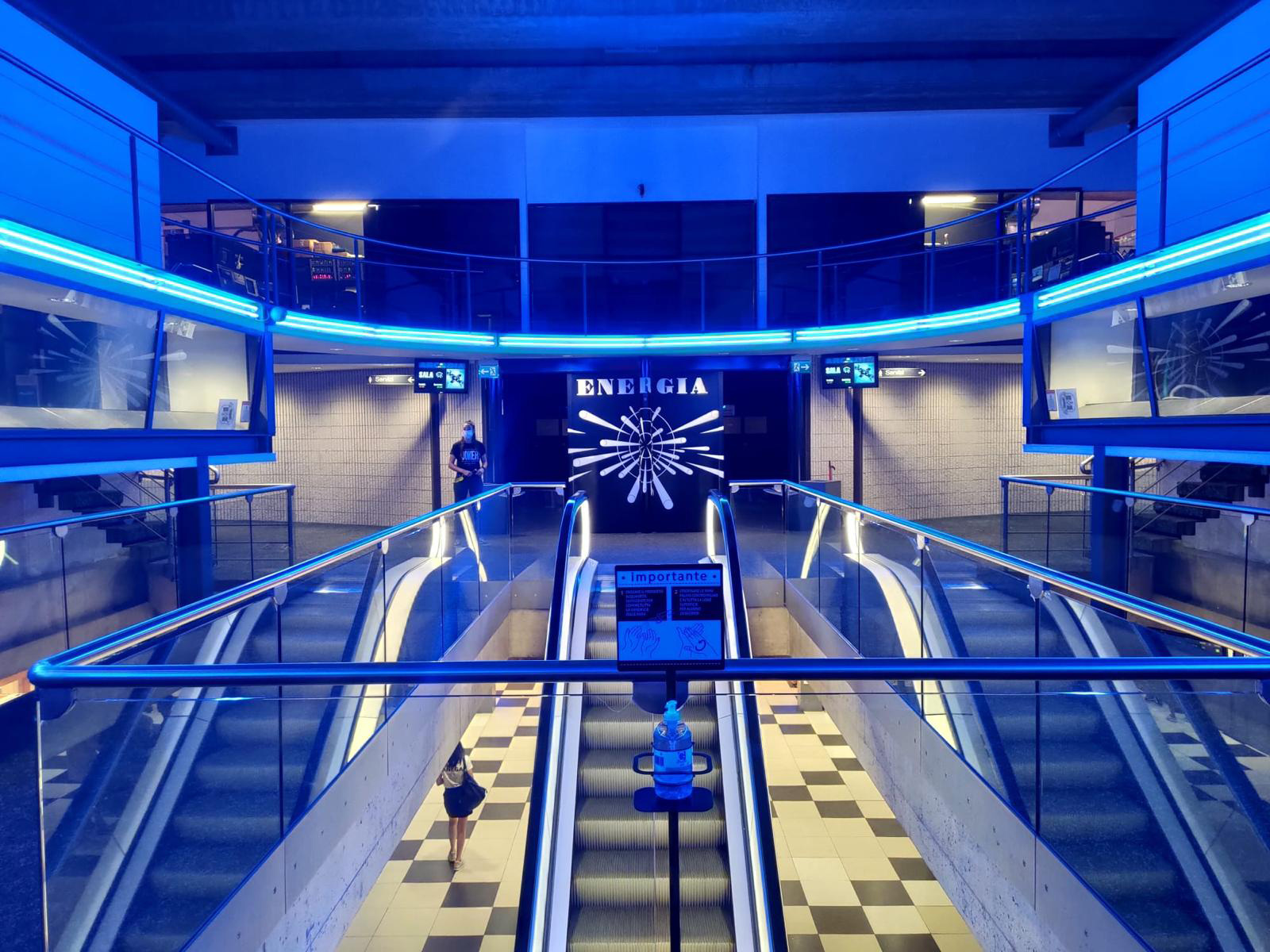 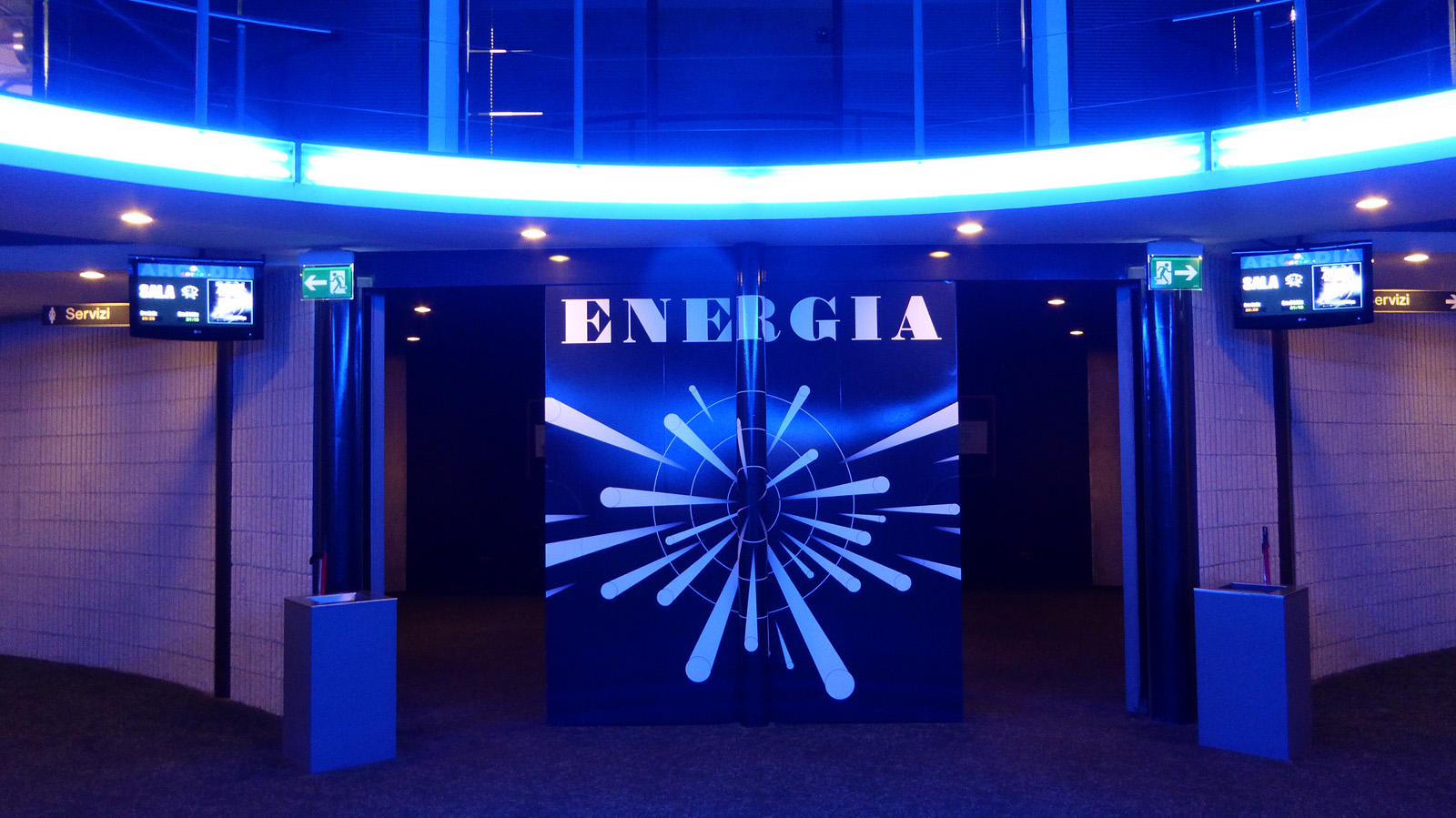 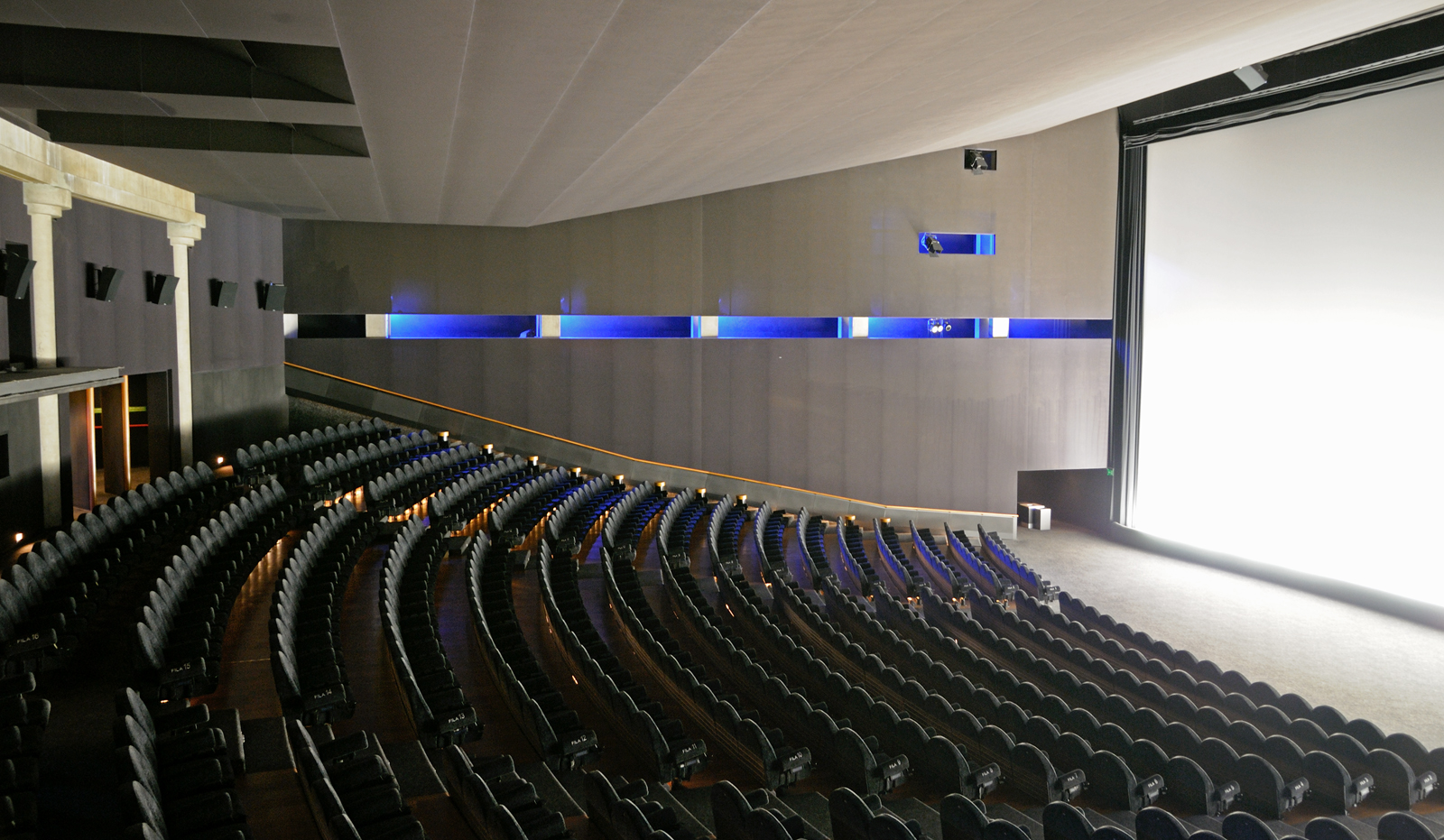 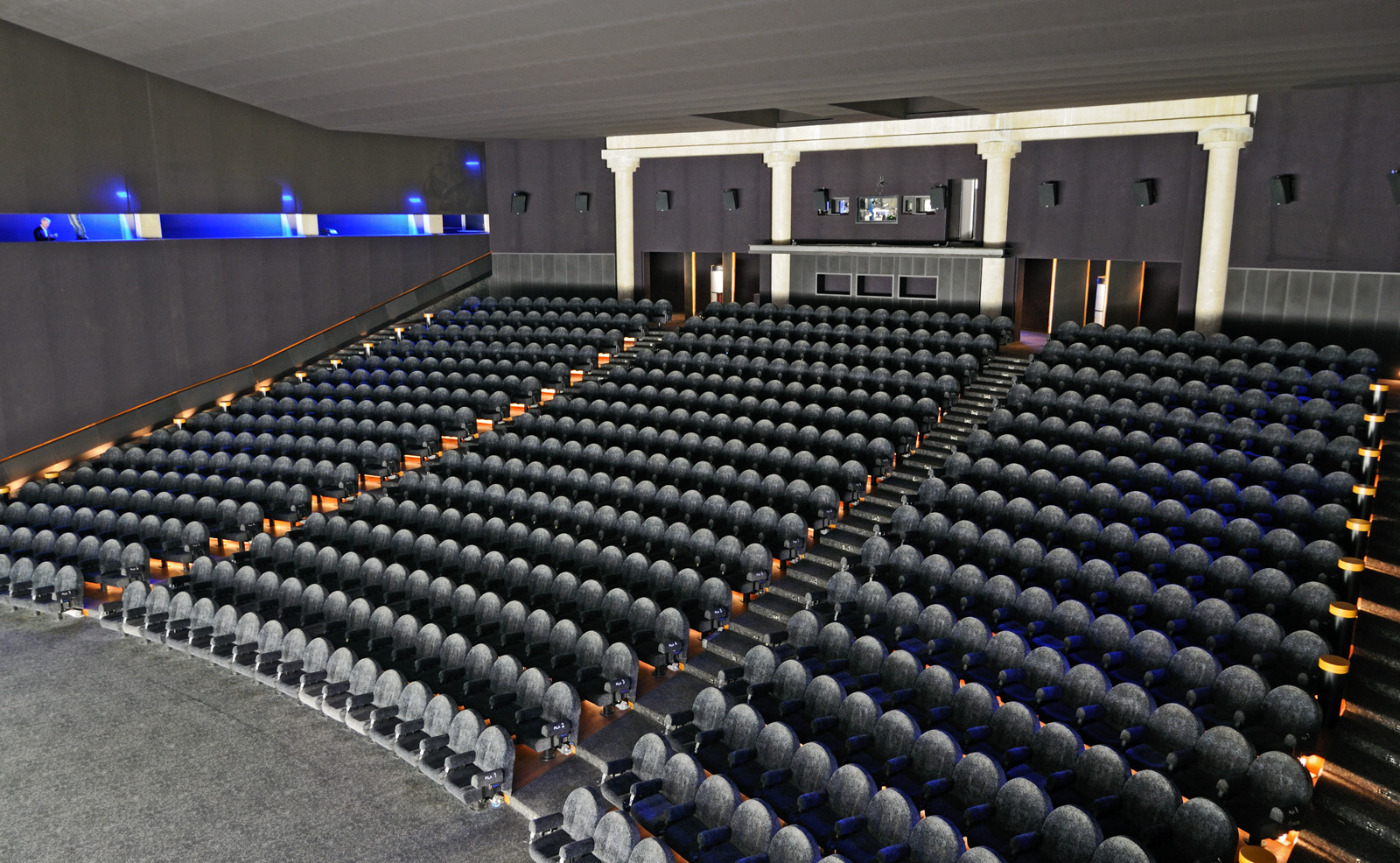 Sound is another particular aspect of Arcadia Cinema and in particular the one of PLF Sala Energia. I remember when I saw “Titanic” here, the THX opening trailer was alone worth the ticket price. Nowadays, the massive sound system has been upgraded to Dolby Atmos, installed by Meyer Sound; Arcadia Cinema is still synonymous with technology avant-garde as this is the biggest sound configuration of that format anywhere in the world.

In 2017, the care, the passion and the attention to details, along with the innovative “sense of technology” of Piero Fumagalli, were recognized by Union Internationale des Cinémas (International Union of Cinemas) with the UNIC Achievement Award at CineEurope. In the same year, the enormous investments made for the massive upgrade of PLF Sala Energia were awarded with the ICTA Best Screen in Europe Award to both Piero and Laura. 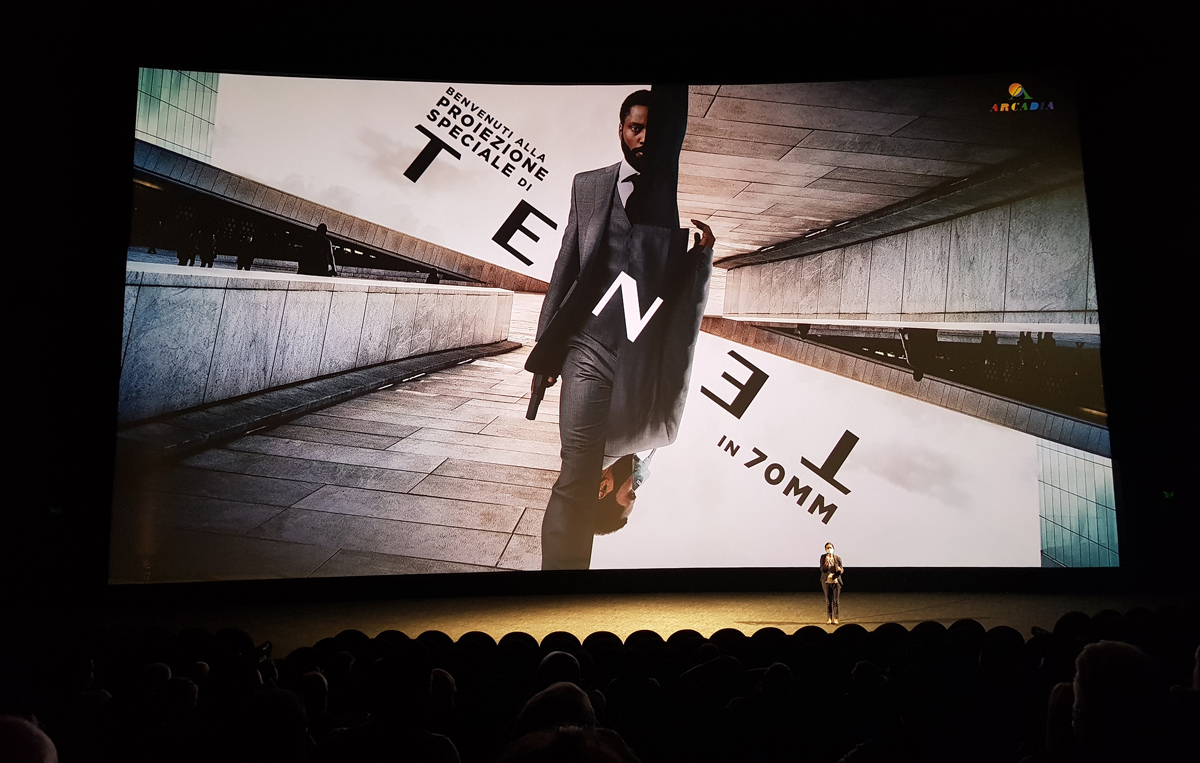 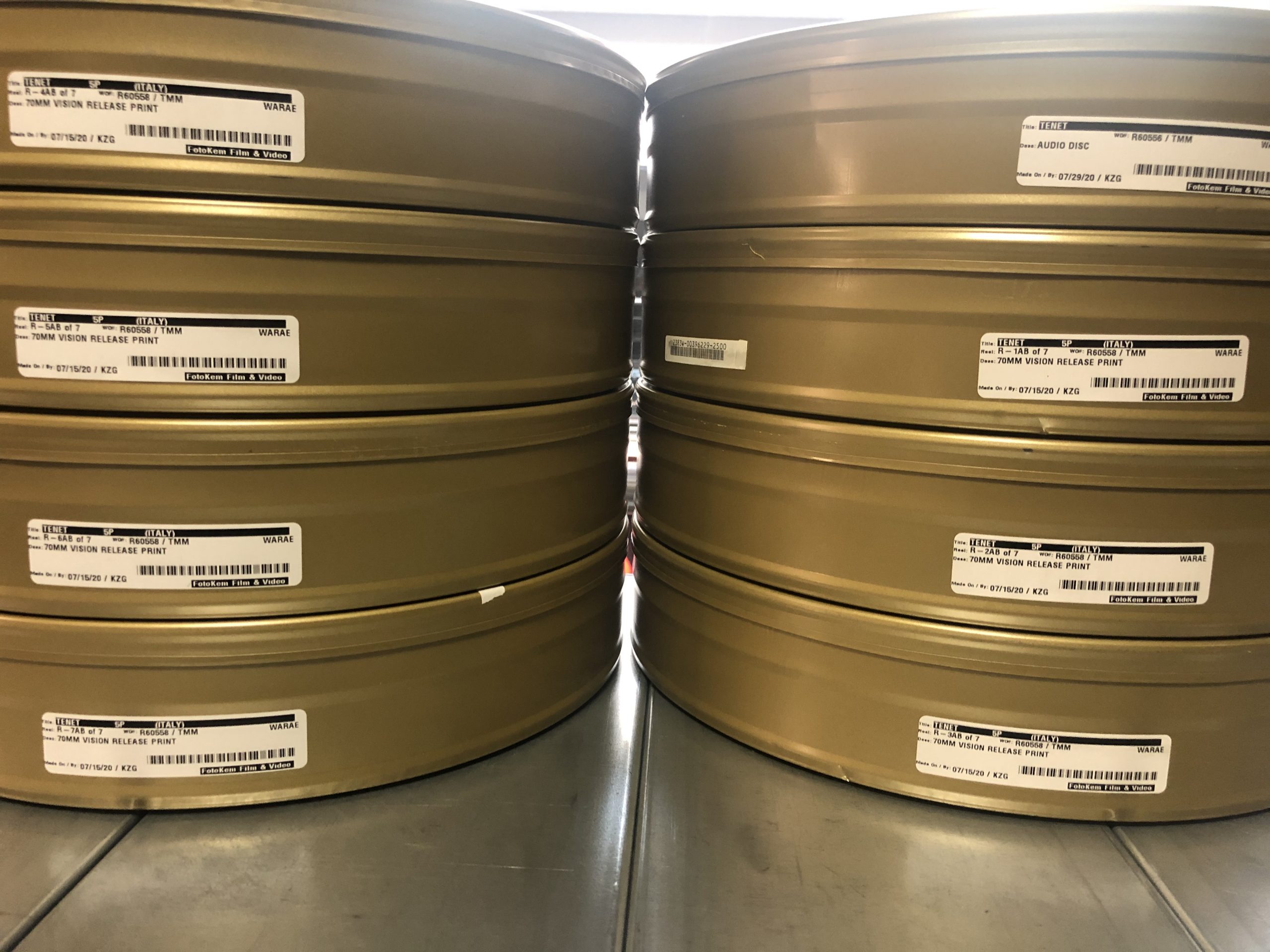 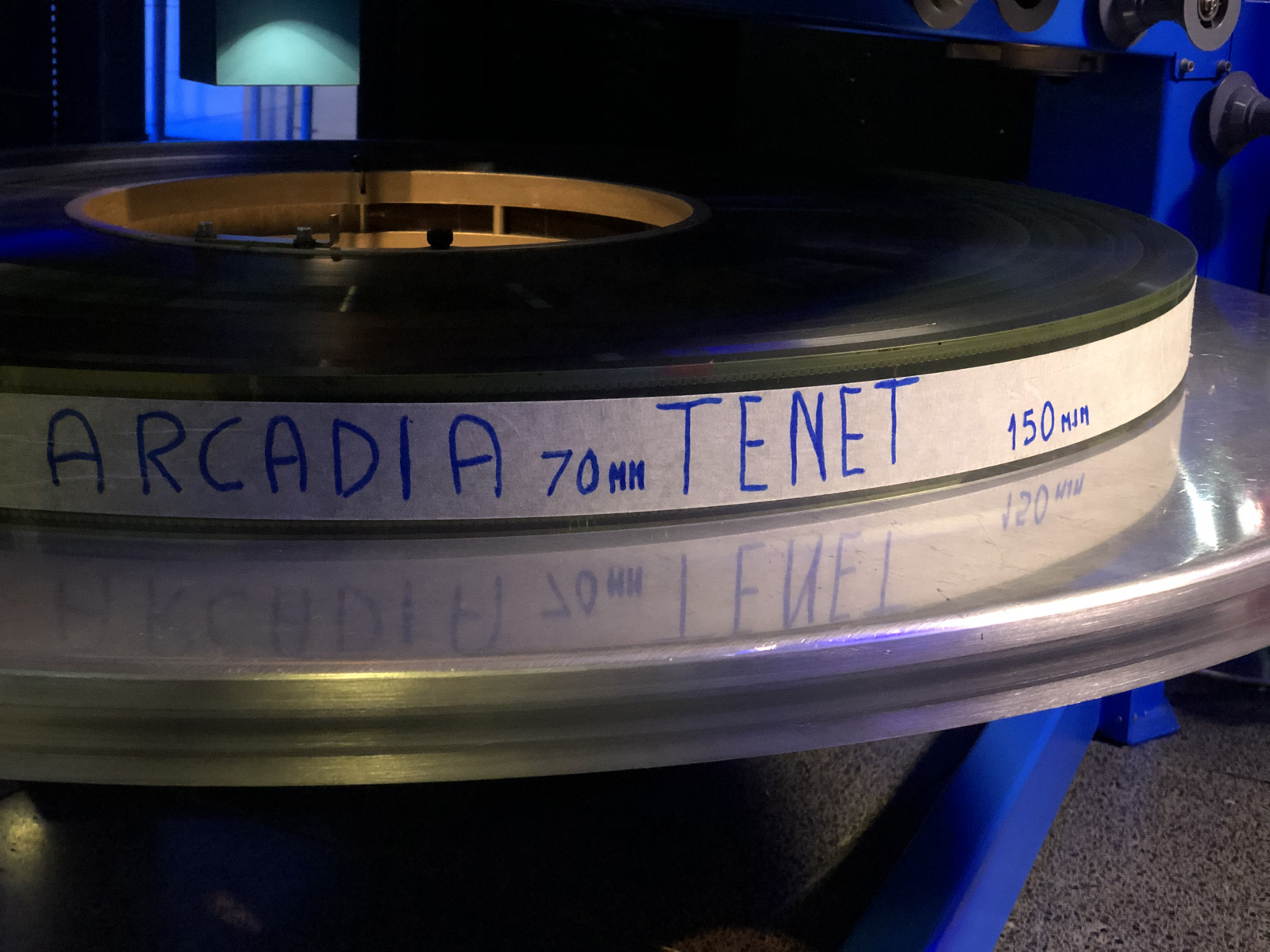 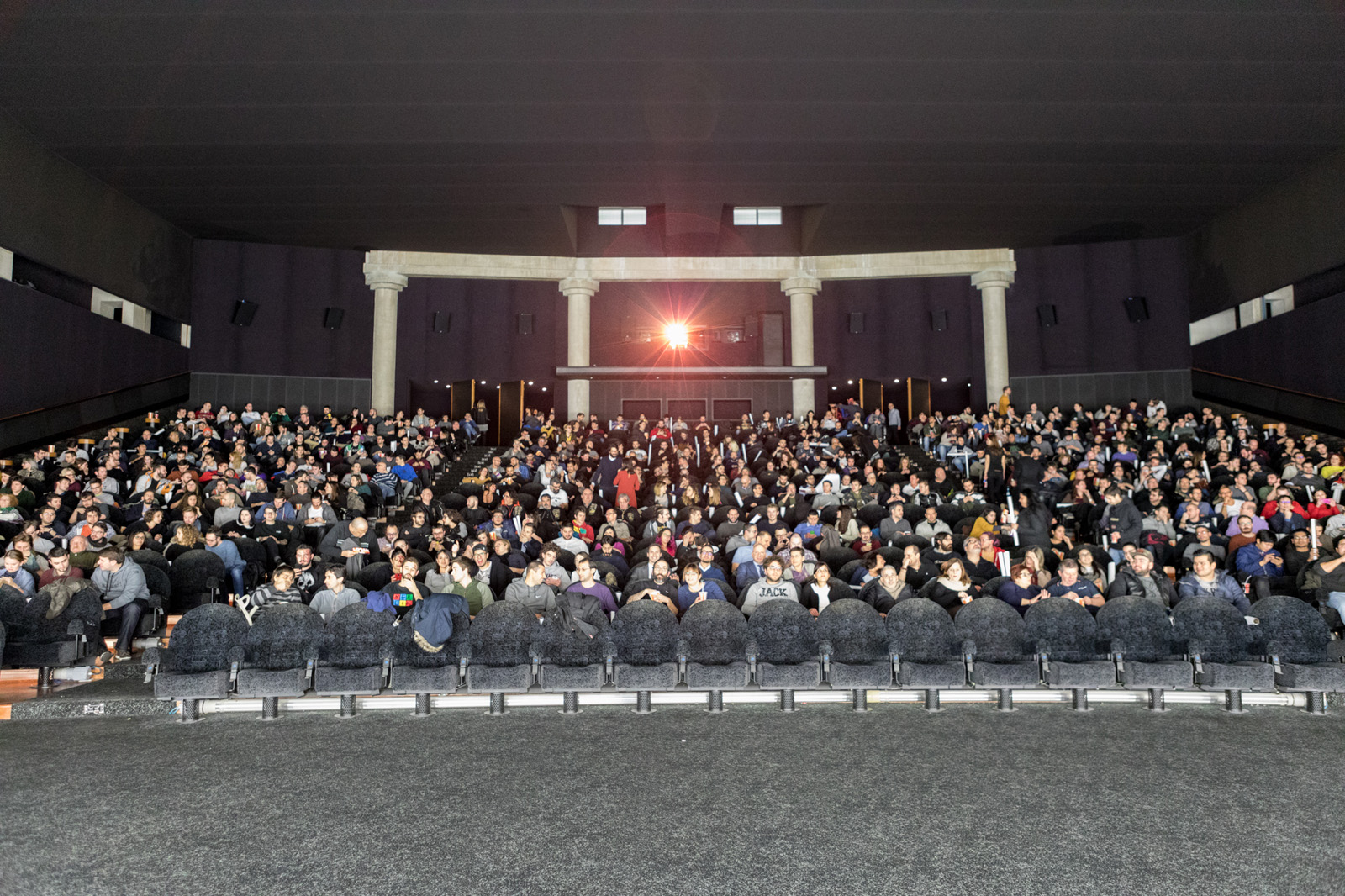 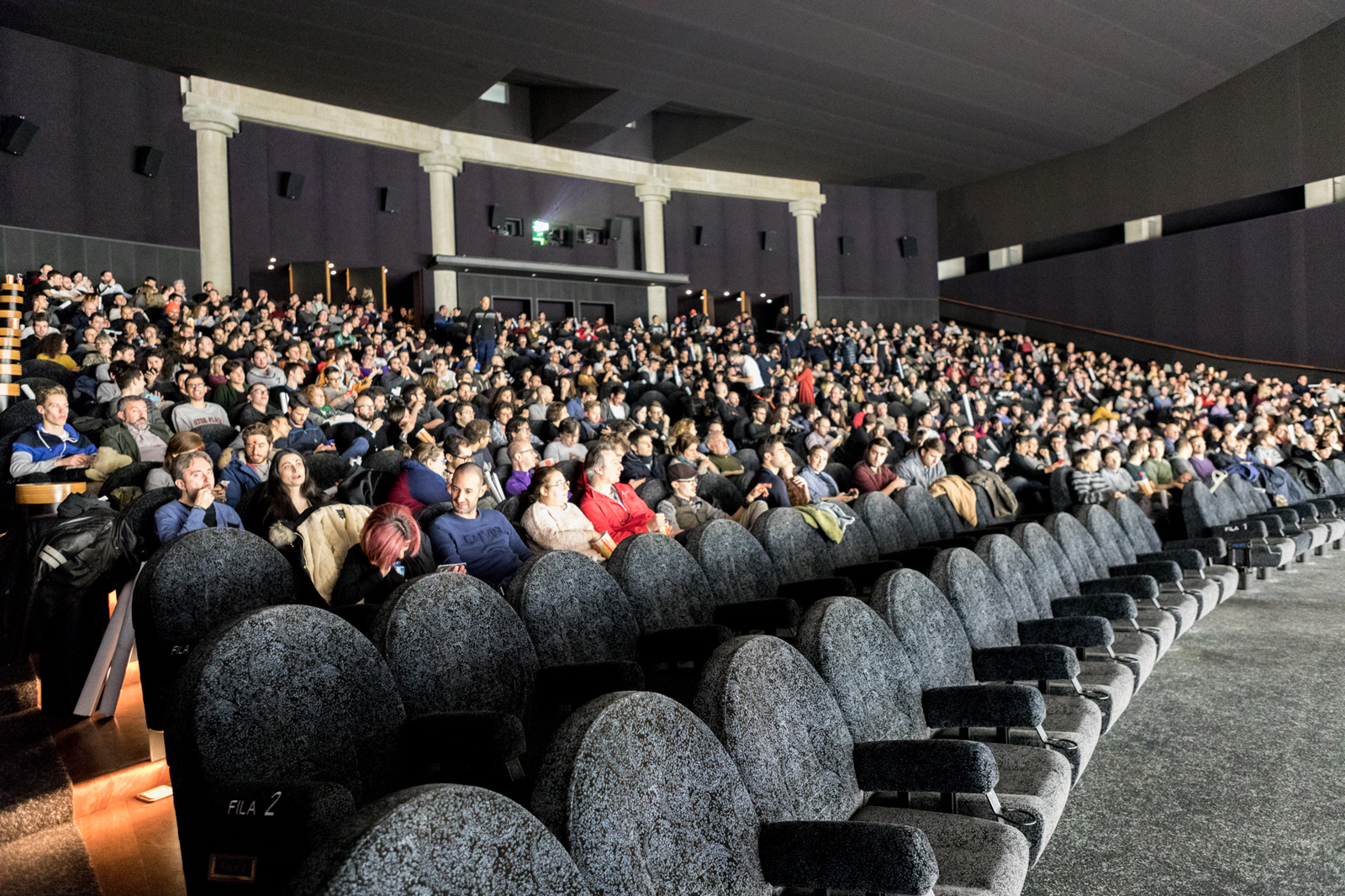 Since the closure in February caused by the COVID-19 pandemic, Arcadia Cinema has constantly been in touch with its audience and the cinema community thanks to social media and media partners (there is also a particularly active Facebook group called “Quelli della Sala Energia”, which translates to ‘The ones of Sala Energia’); the cinema reopened on the 19th of August with the tenth anniversary release of “Inception” (including a 10 minute behind-the-scenes featurette of “Tenet”) along with special 70mm screenings of “Interstellar” and “2001: A Space Odyssey,” Pixar’s “Onward” and Italian drama “Volevo nascondermi,” pleasing both its youngest moviegoers and arthouse film lovers before a run of sold out “Tenet” screenings (with social distancing, of course) starting on the 26th of August. In particular, Christopher Nolan’s recent release is available in the special exclusive 70mm format and digital, both in Italian dubbed and subtitled Original Version. The first days of the movie’s release – though it’s not an isolated case – fans arrived by train or car in the early afternoon from all over Northern Italy regions and Southern Switzerland, attended the 70MM screening and had enough time to go back home. I don’t think this happens in any other cinema in Italy!

The safety measures regulations that all cinemas in Italy must respect didn’t affect the throngs of spectators and the passion of the Arcadia staff, a real passion which is still perceptible behind the face masks worn by everyone working there. The first night of “Tenet,” PLF Sala Energia was almost completely full and every single patron seated inside was wearing a mask without any issue or complaint. All the worries about the reopening and the return of movies to cinemas has been successfully overcome thanks to one great title, and I would say it is the right title for the huge screen and sound system of the Arcadia Cinema.