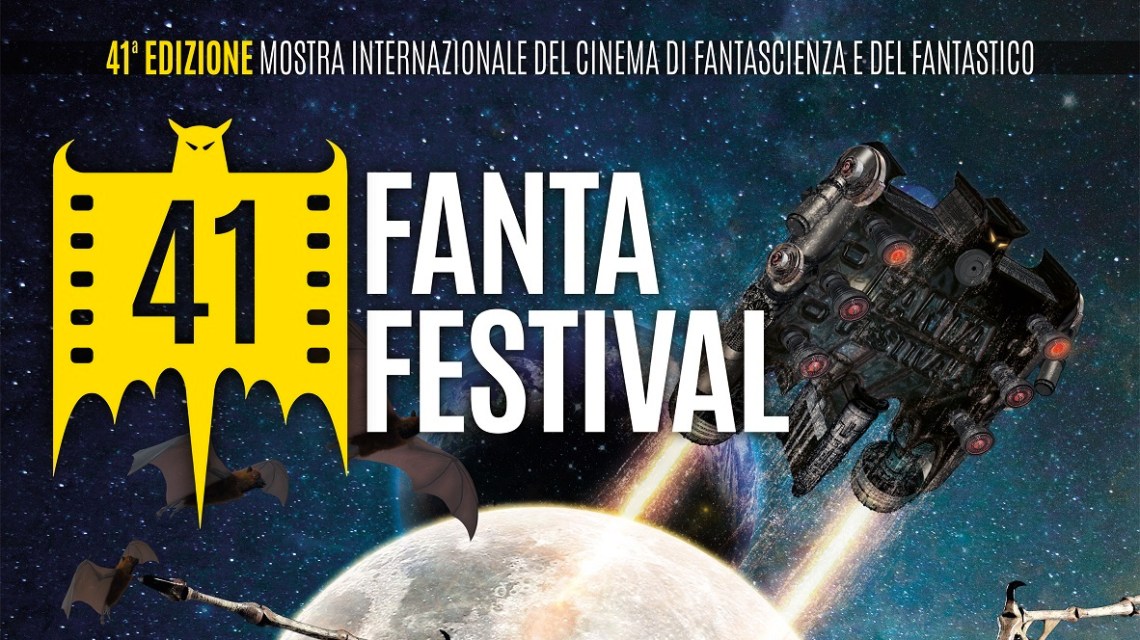 The FantaFestival in Rome, Italy, was one of the first international festivals in Europe that was able to reopen to a live audience in a real cinema auditorium. Running from 2nd to 6th June 2021, the 41st edition of the festival – notably one of the oldest in Italy – brought devoted lovers of sci-fi, fantasy and horror back to the Nuovo Cinema Aquila, while, of course, respecting the implemented COVID health & safety measures.

The main theme of this year was “flash-forward”: time travelling, reinventing the future, imagining and rebuilding a new society. And nothing is more appropriate or, indeed, time-sensitive than this, if we think about the task we are now facing as the world emerges from the pandemic. The return of human footfall into a cinema auditorium is the first step in a lengthy journey back to normality, but also a way to re-profile our future communities and our sense of belonging – particularly regarding cultural values. To do this, the sci-fi genre is – once again – an endless source of inspiration, storytelling through imagery, a narration of the challenges of contemporary society in an allegorical way.

Directed by Simone Starace and Michele De Angelis, and organized by Magnifica Ossessione Association, The FantaFestival was completely free to attend. And although the event was, once more, a physical, in-person event, there was still an online virtual hub in order to reach a wider audience (seated capacity in cinemas is still at 50% in Italy).

The festival hosted two international retrospectives: the first one – “Stelle Rosse” – was dedicated to the Eastern European sci-fi genre with a tribute to the great Polish writer Stanislaw Lem, author of “Solaris”, in the year of his birth’s centenary. The second section focused on the Swedish Gothic cinema of the 1970s and in particular on the works of Calvin Floyd. A presentation by his daughter, Carmilla, was followed by two classic movies: “Victor Frankenstein” (1977) and “In Search of Dracula” (1974), in partnership with Cultpix.

After a virtual edition in 2020, the hybrid festival of this year attracted a young, large audience, both from the vibrant heart of Rome in person and from the houses of film fans, thanks to the platform Festhome TV. Despite all the restrictions, both directors Starace and De Angelis considered the return to the cinema as “essential” for the festival. And the feedback from the audience has been overwhelmingly positive, showing that the desire to return to the movies is huge – and not just for film screenings, but for presentations, meetings and the final awards night, which was shared live on Facebook and YouTube.

The organization set up a seat reservation system in order to be able to “trace” people, should the need arise and, of course, to adhere to the necessary social distancing requirements. All screenings were sold out and positive comments filled the Facebook page for the festival.

The Municipality of Rome provided support as well as collaboration with the organisers, in part because FantaFestival was one of the main events kicking off the scheduled Roman Summer in the city. This is also illustrative of the will of the authorities to encourage free cultural and social activities for the community after a long period of limitations. The same sentiment came from the Polish Institute of Rome, a big supporter of the festival for years, as well as the Czech Center of Rome and the Japanese Culture Institute. Their collective contributions and belief in a “rebooting” of cinema after the last 18 months were fundamental for the success of this particular edition.

This year has, however, underlined that there is a clear benefit to hosting events online, at least in part. The virtual panels and interviews have the ability to reach a large number of interested people from all over the world and, with some improvements and adjustments, it’s a real value-add, so much so that De Angelis and Starace have already announced a hybrid version for next year’s event. This is good to know for all sci-fi lovers out there, seeing as the FantaFestival is one of the most recognized and successful international events for this genre and is also a founding member of the European Fantastic Film Festivals Federation.

With the Covid situation in Europe now steadily improving, the best possible way for cinema events to flourish is to have a physical presence, where possible. This is also what the Cannes Film Festival has chosen to do this coming July, along with all the major cinema industry meetings around the globe. The last year and a half has been the closest thing the world has experienced to a science fiction movie, but it’s now possible – and much more enjoyable – to appreciate normality again and keep sci-fi just on the big screen.

For the record, here is the winners list of the FantaFestival 2021:
· Golden Bat Award for the Best Picture
“Beyond the Infinite Two Minutes” – dir. Junta Yamaguchi