Germany is an outlier in Europe in that its capital is one of its relatively poorer major cities – “Poor, but sexy,” as it’s former mayor once said. So while Berlin is a tourist attraction, if you want to see the best that money can buy you have to head elsewhere. We have featured cinemas from Bavaria before in our Cinema of the Month (Nuremberg’s Cinecittà), but for the most luxurious old style cinema experience you have to head to the state capital Munich and visit the Gloria Palast.

Located on Karlsplatz (Charles’ Square) in the heart of Munich, the Gloria Palast is well connected to the whole of the city by metro (S- and U-bahn) and tram – although you can imagine that many of its patrons arrive by BMW (not Mercedes, which are from Stuttgart in the rival neighbouring state!). The cinema sits inside a historic five story building dating back to 1899. While Gloria Palast does not have a major facade itself, its sign hangs above a passageway that winds through the building to the theatre’s entrance. What it lacks in exterior, the Gloria Palast more than makes up with its interior. This truly is a cinema palace, as its name suggests. 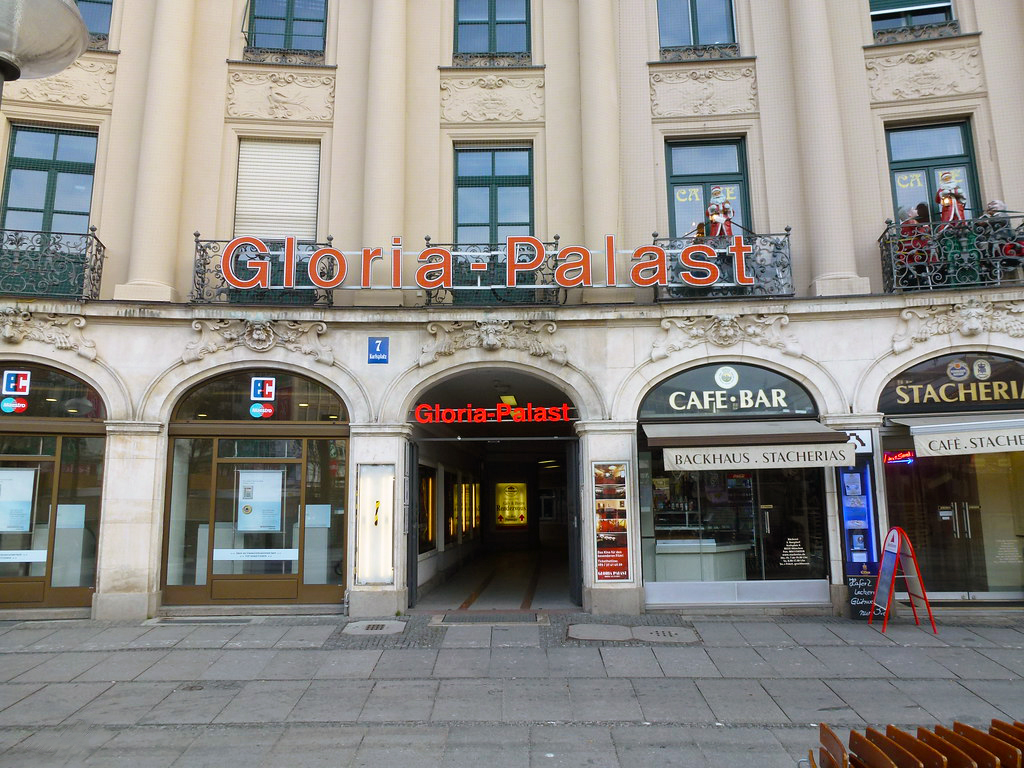 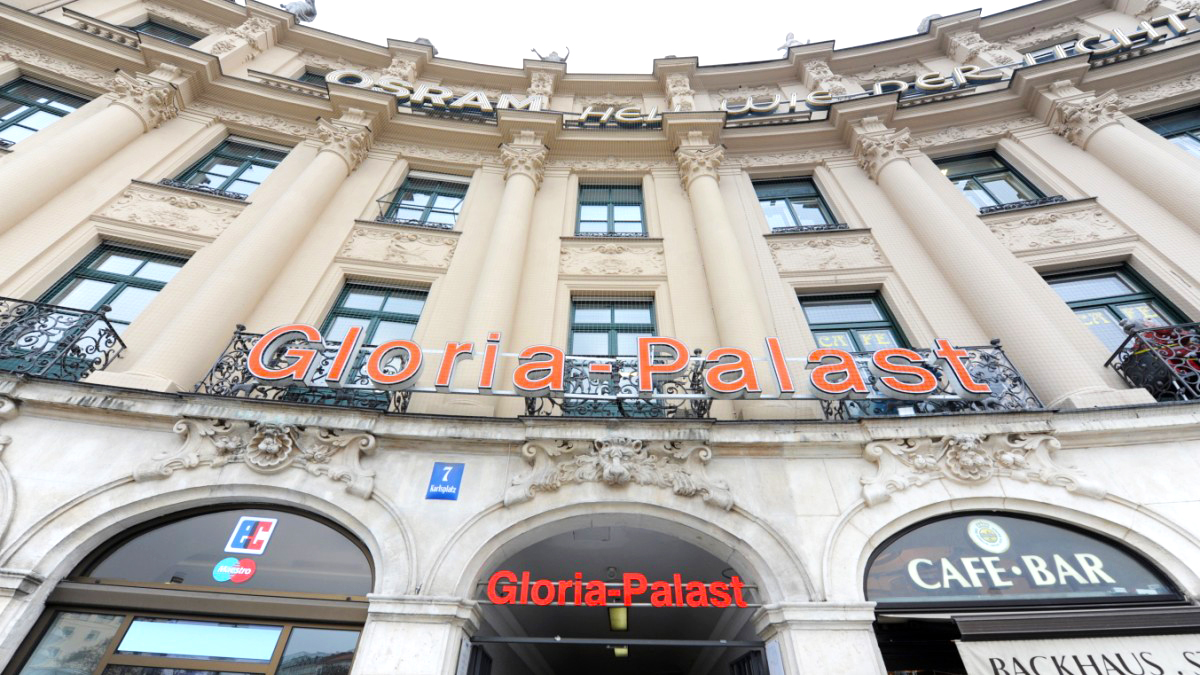 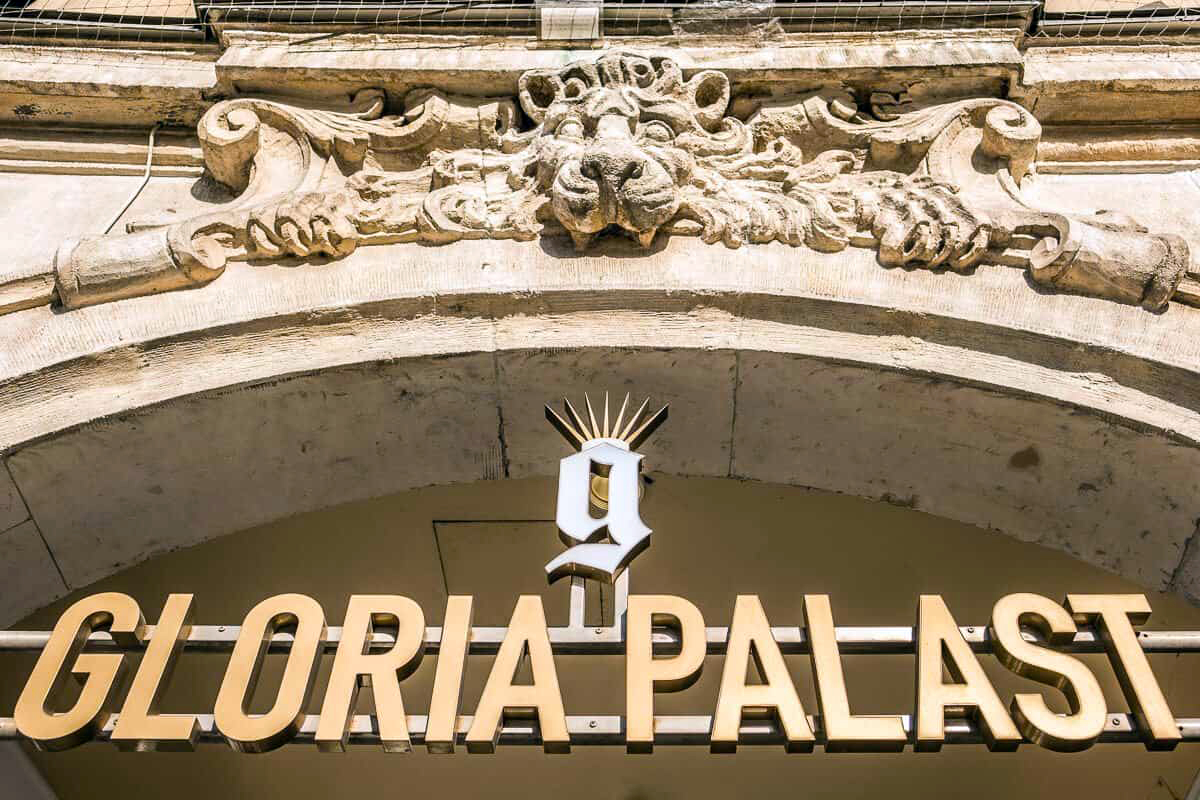 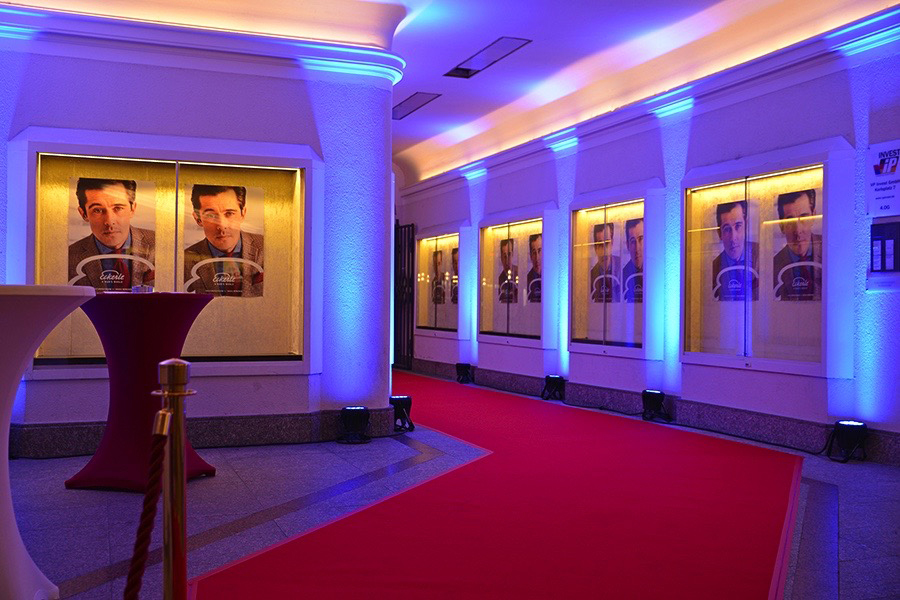 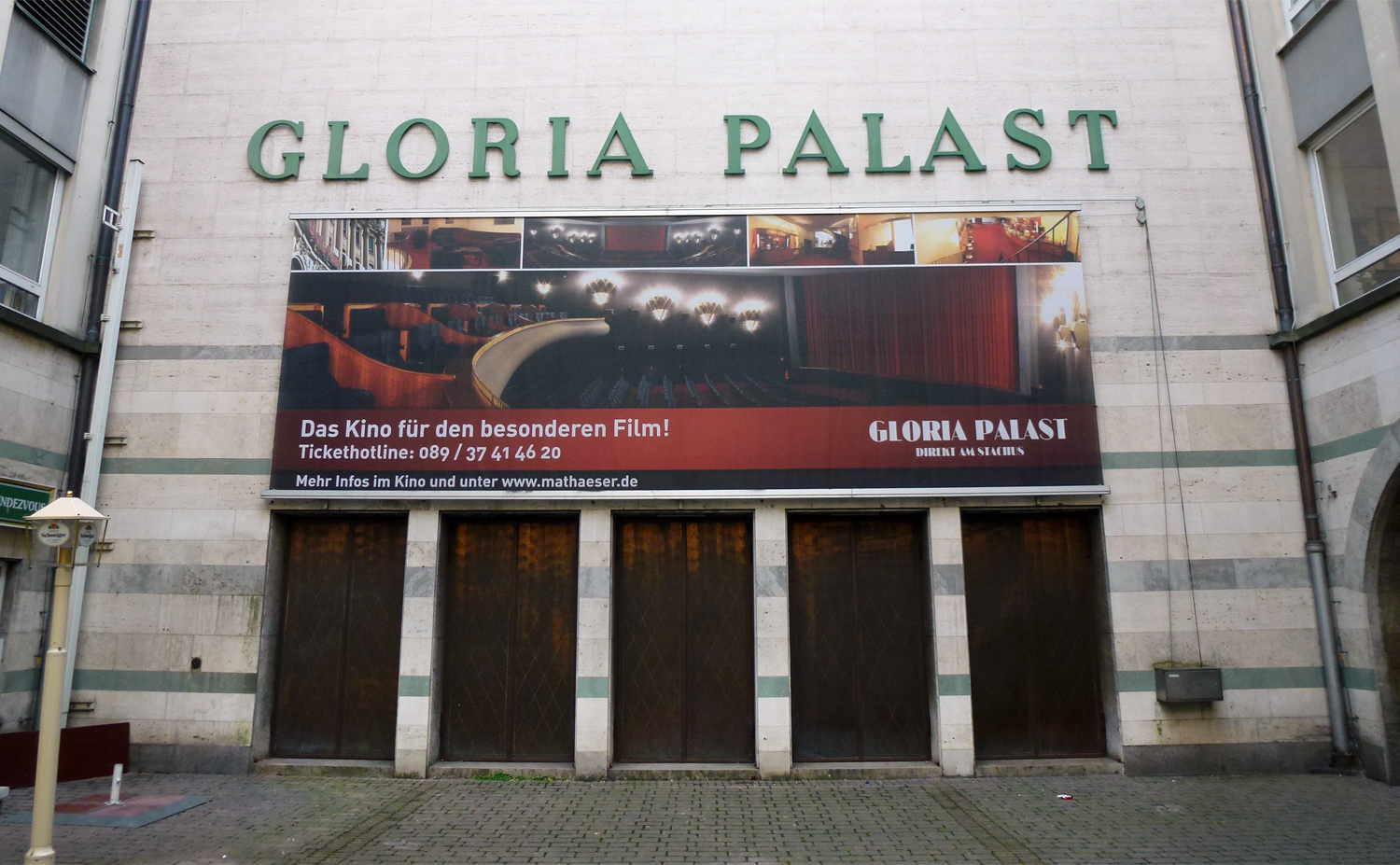 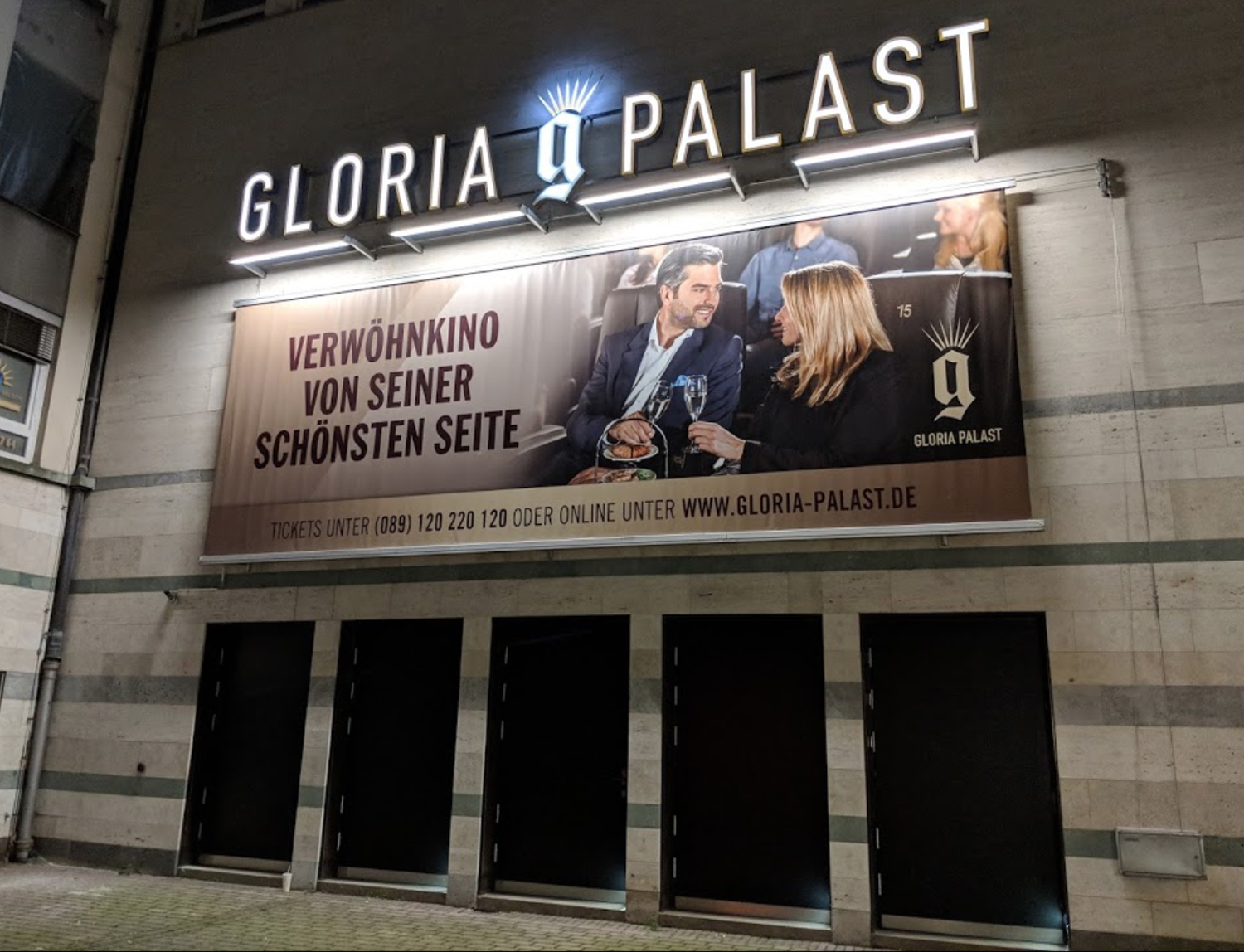 The feeling of entering Gloria is that of a different era. The impression of being at the opera begins in the lobby, which offers a free coat check service. This is followed by a welcome drink at the bar, which spans the back of the cinema. There is a sweeping staircase up to the balcony, or you may choose to linger in the generously sized lobby (133 square meters or 1432 square feet) and bar area. Gloria knows that it is competing with some of Germany’s best opera and theatres in both the city and the state, which is also home to Bayreuth, which calls itself the City of Culture and Music.

Reclinable leather seats with fixed footrests and a side table are a nice touch. It also offers private balcony rooms with four seats in each for the feeling of a completely private show. There is table service and delivery of food and beverage runs up until the start of the show. There is a wide selection of food and snacks, all optimised for cinema consumption without ever feeling downmarket. To do this there is a high level of staffing but the service is never rushed or anything but friendly. 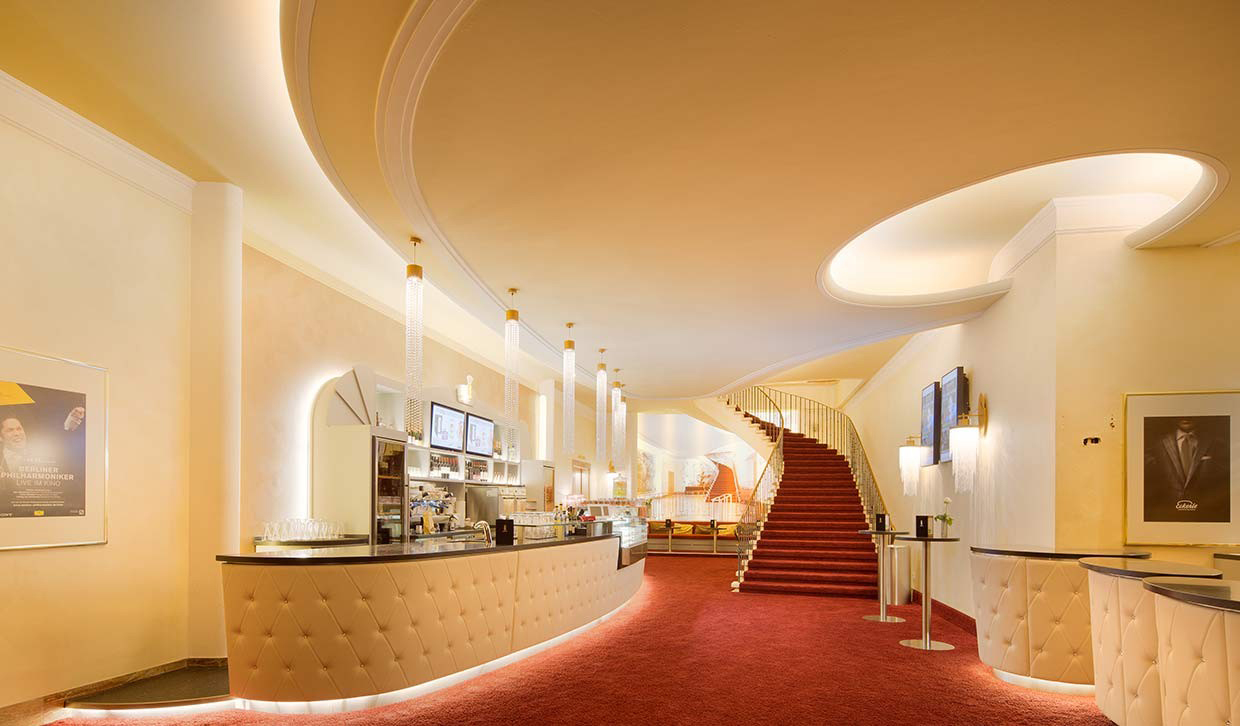 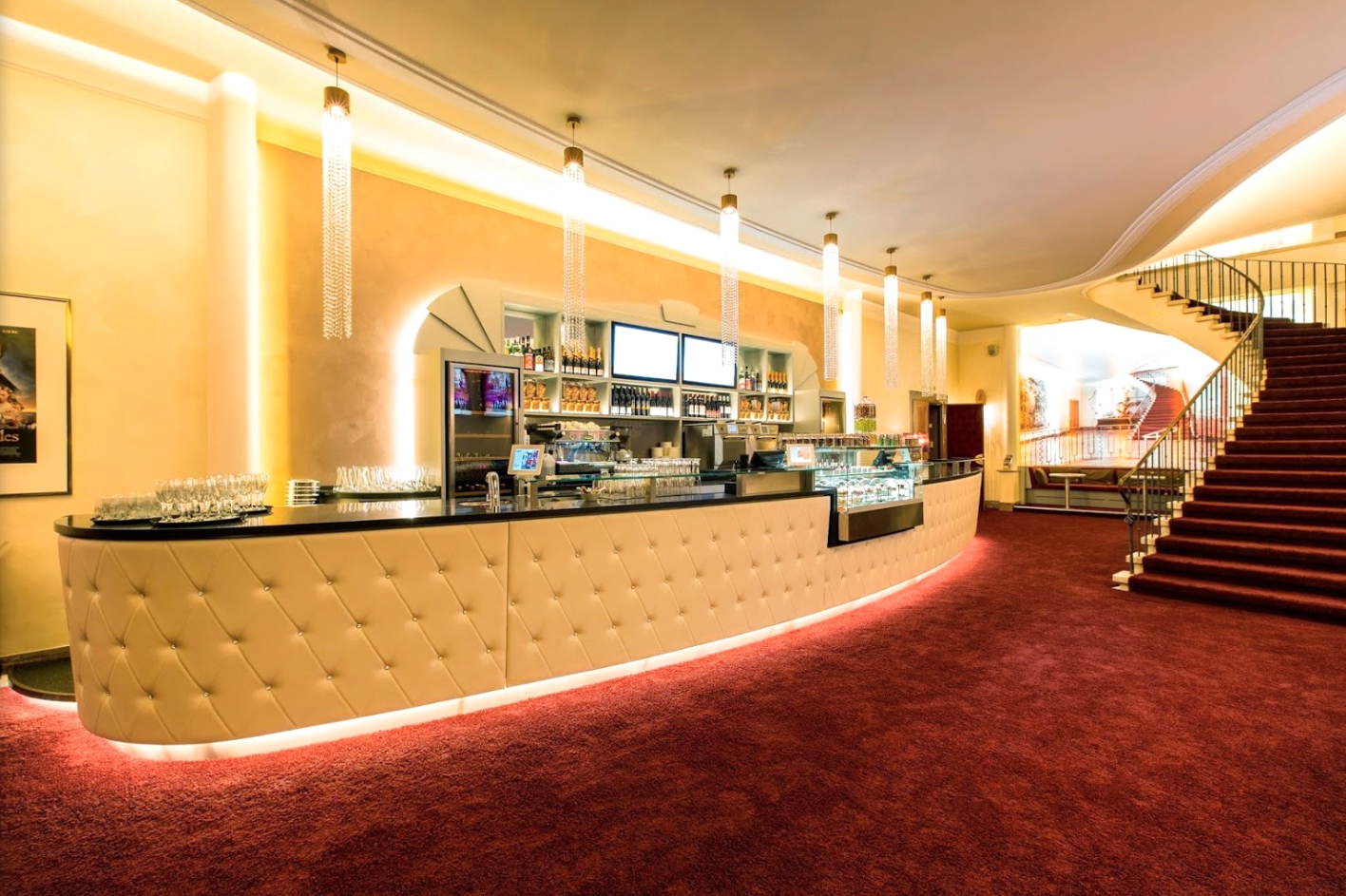 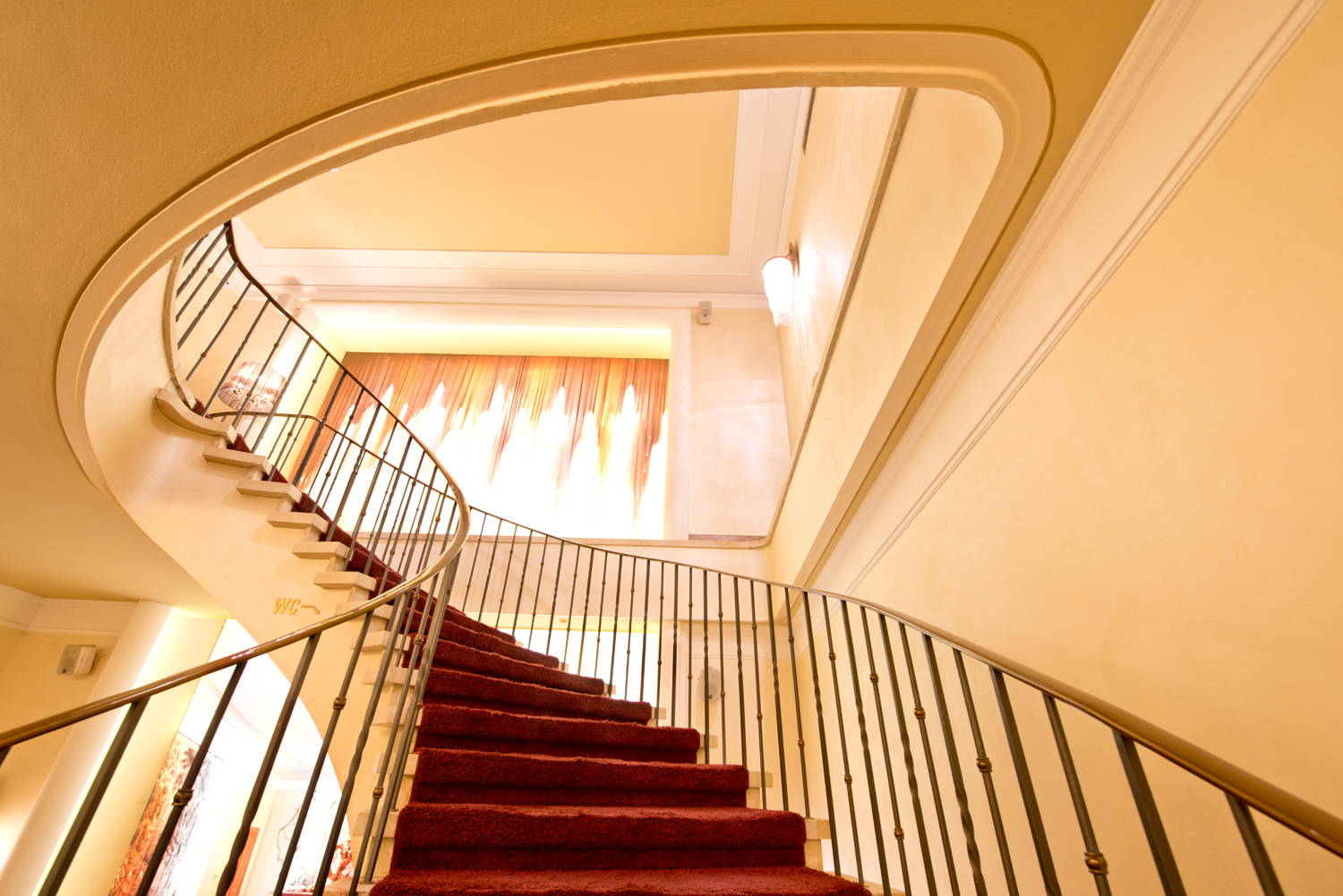 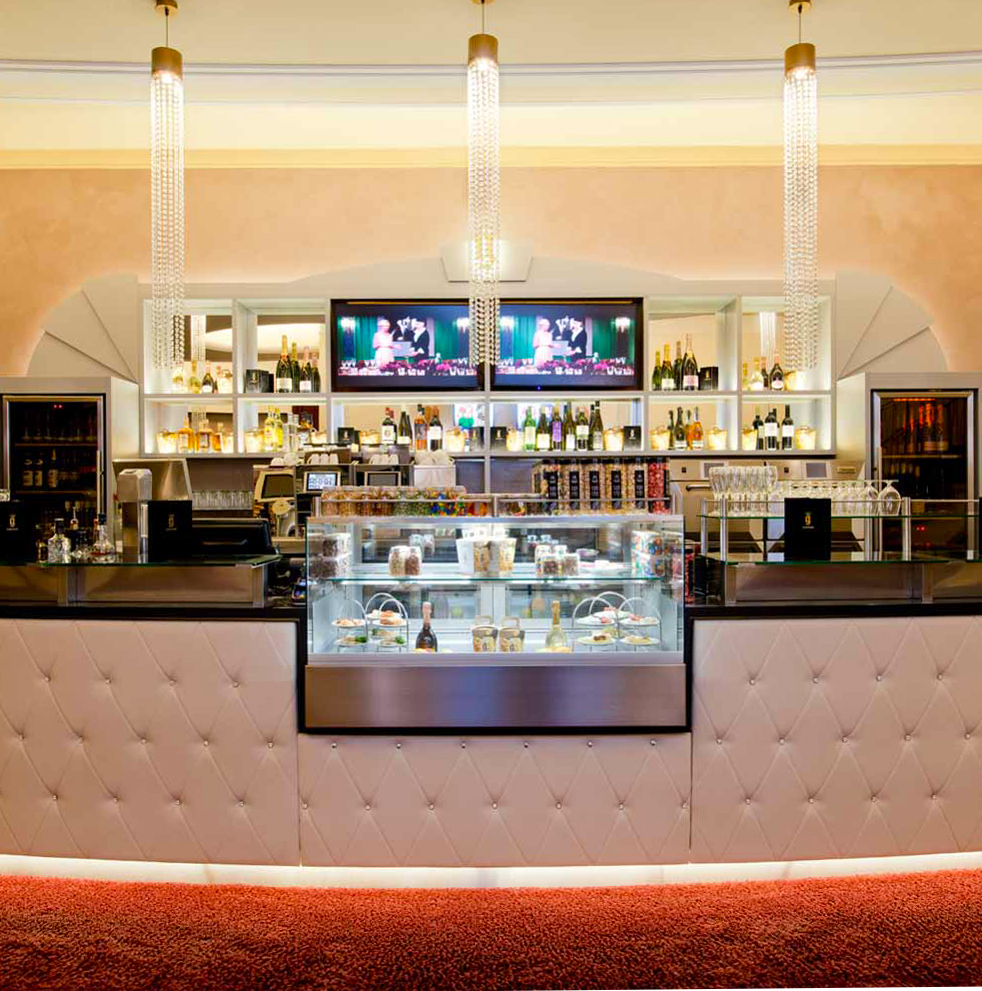 Examples of dishes on offer are named after films such as “American Beauty: (mini hamburgers) or “Eine ganz heiße Nummer” (“A Very Hot Figure” – Juicy veal patties with Grasbrunn potato salad and freshly baked Munich pretzel, naturally authentic Bavarian with medium-hot mustard EUR €11.90). But there are also vegetarian and vegan options. There is freshly made popcorn – regular (sweet or salt) or gourmet flavours. The wine and drinks list would make one of the local restaurants proud. Even the drink glasses are made of crystal in case beer, wine or Sekt (German sparkling wine) is not your thing and you prefer to try the Slyrs Bavarian Single Malt Whiskey (we tried it and highly recommend it).

As well as playing the latest films, Gloria Palast has diverse programming of classic films, matinee performances, films shown in original language and it is particularly strong on event cinema. There is a specific focus on concerts and operas, which is fitting for a place that competes with the best theatre and opera houses in terms of style and ambiance. 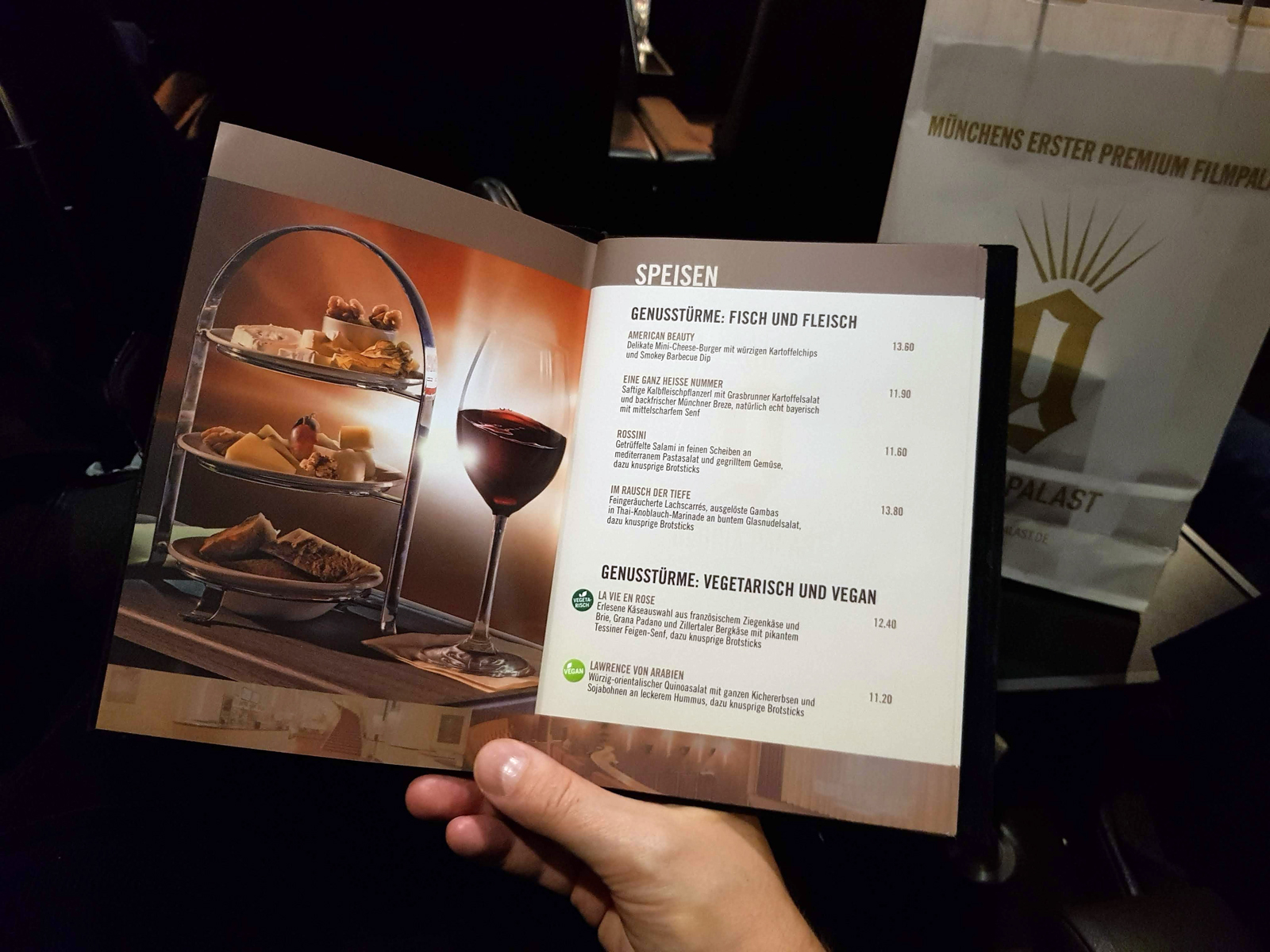 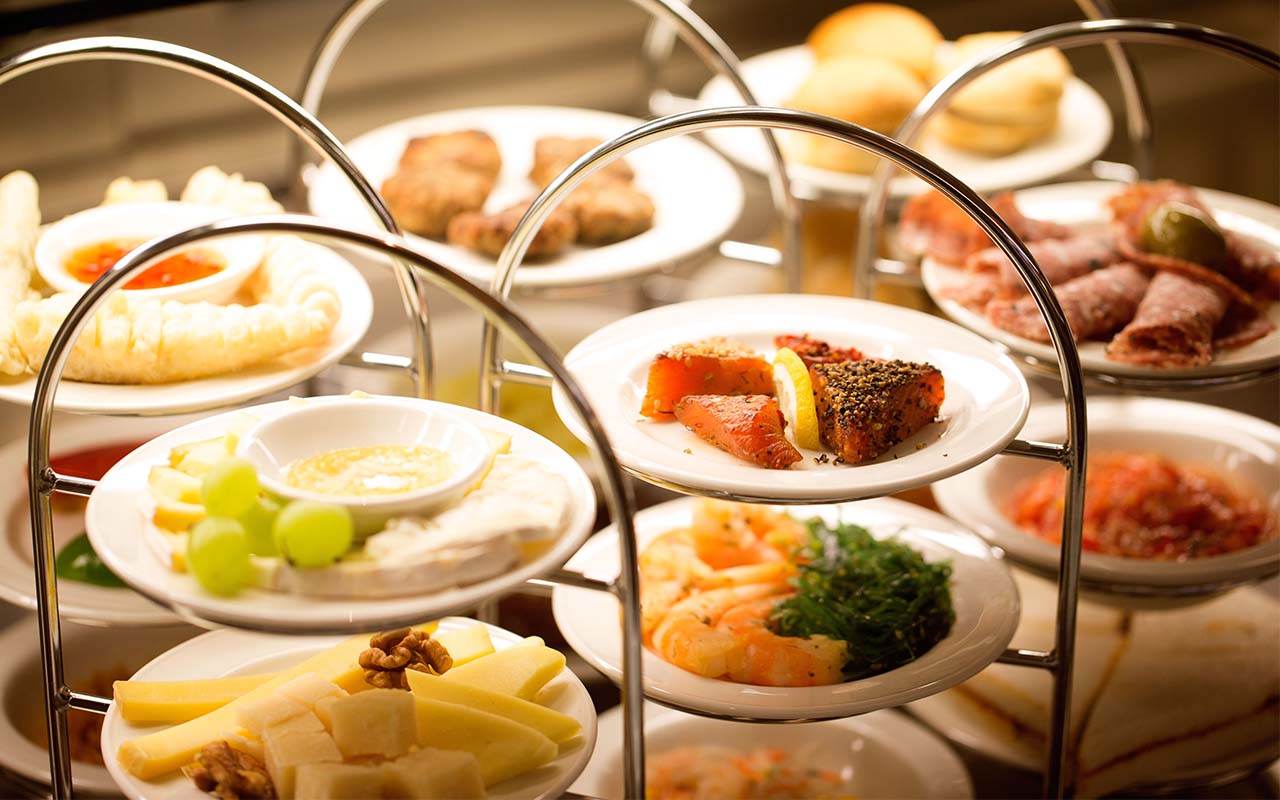 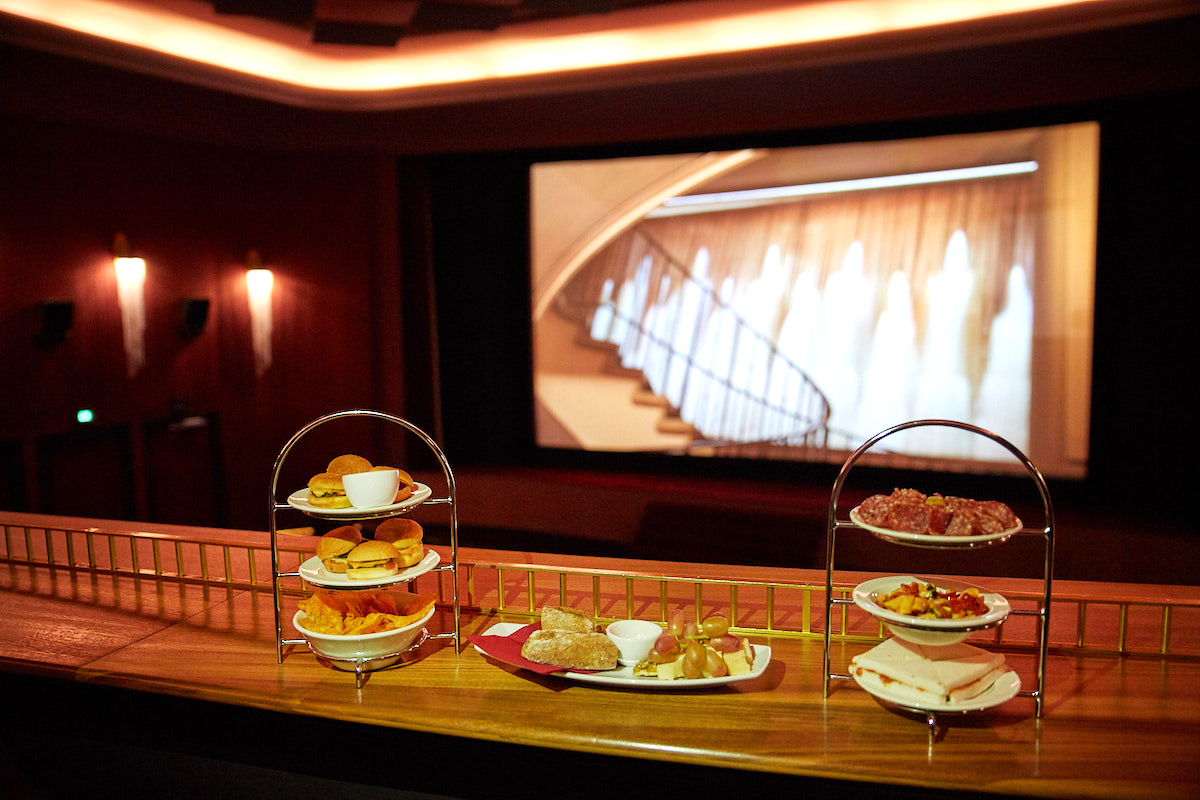 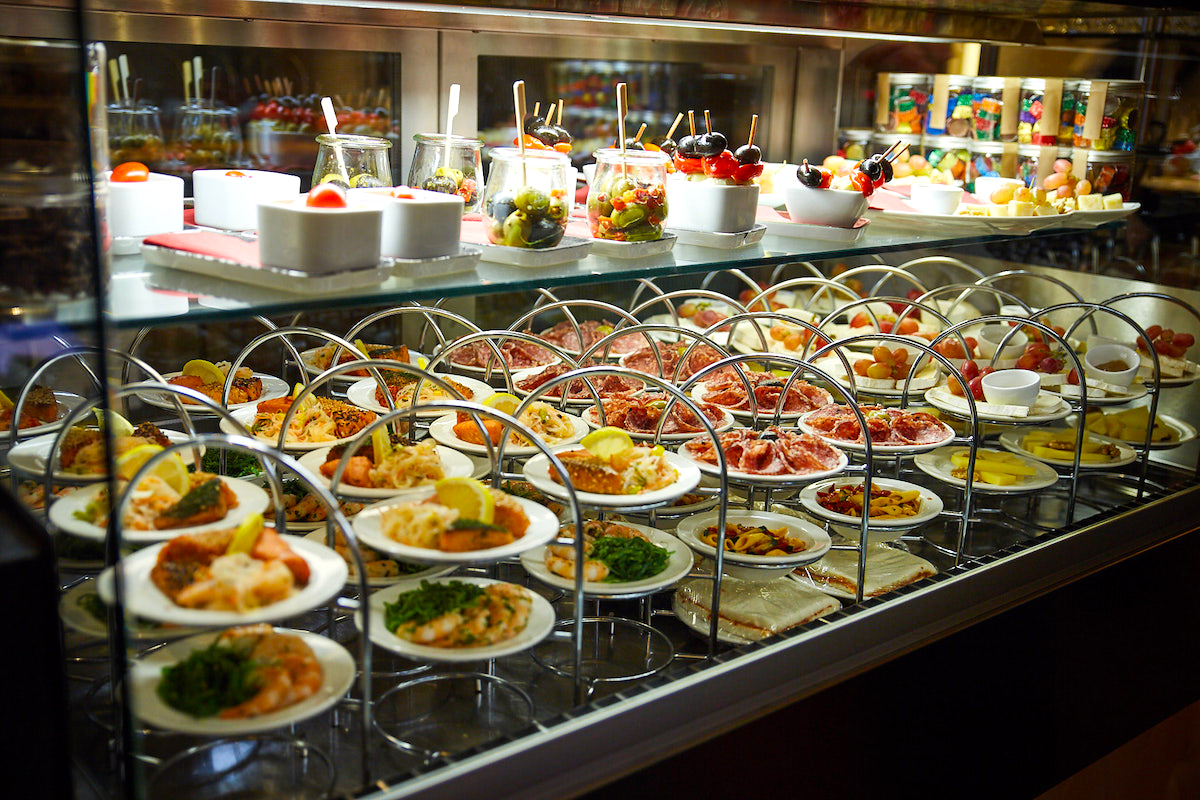 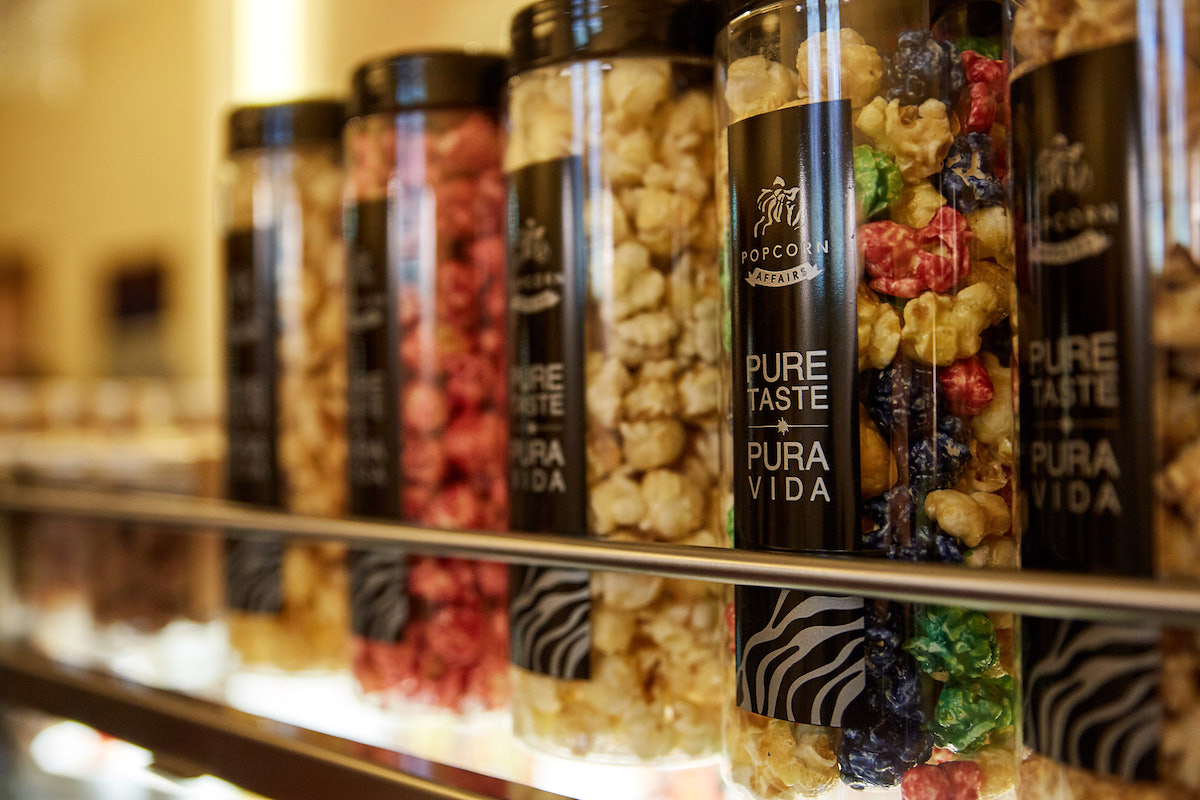 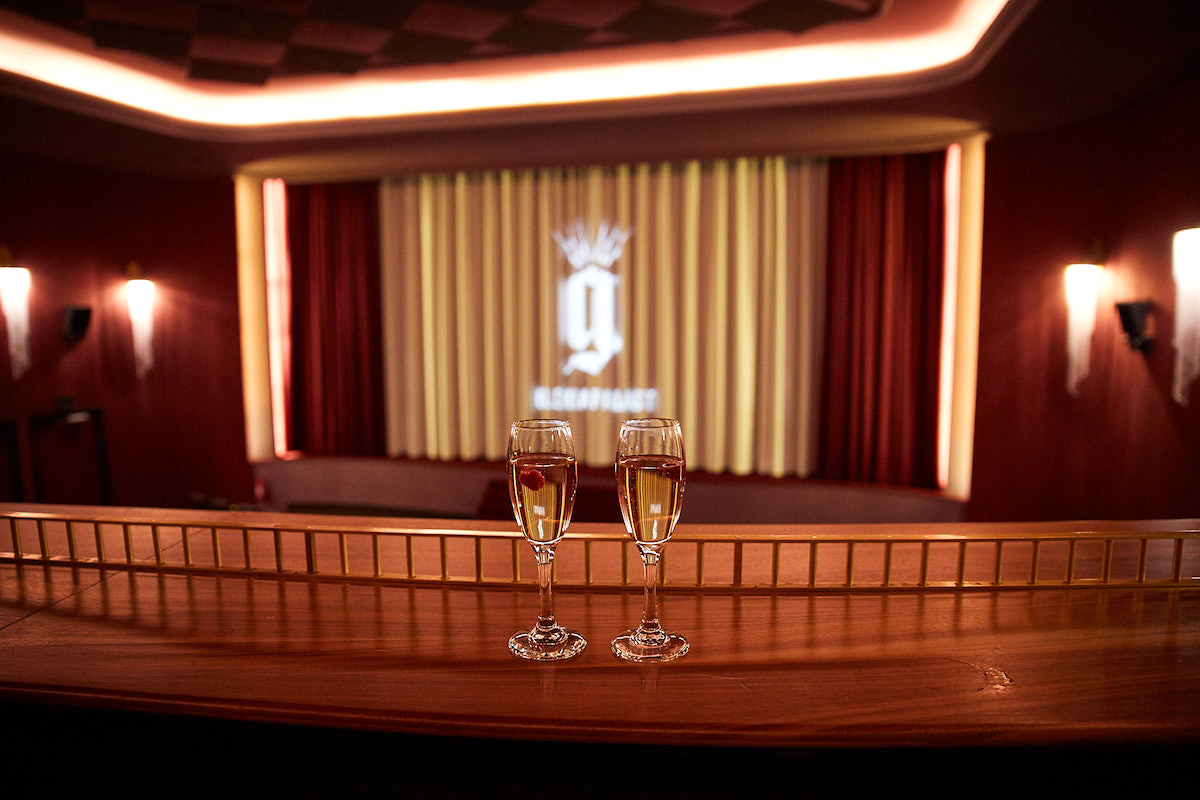 The quality of the picture and audio is top rate, with Dolby 7.1 surround sound (a classical venue like this would be an ideal match for Atmos), as well as 3D that continues to perform stronger in Germany than in most other European territories. In total Gloria offers 192 seats on the ground floor and 48 in the balcony, as well as two seat wheelchair access. The screen is 5.4 x 13 meters (roughly 18 feet by 43 feet). Projection is provided by a Christie 2230 with 4,500 watt light output. Sound comes from a Dolby CP 750 audio processor. The Gloria Palast publishes an informative and generously sized quarterly in-house film magazine.

The cinema was first opened on 28 August 1956 by renowned film producer Ilse Kubaschewski, with the aim of being Munich’s leading cinema and the home of glitzy film premieres. One of the unique features that won the hearts of Munich’s inhabitants was the water fountain show, with lights and organ music that preceded special screenings. However, unlike the water show at Berlin’s Zoo Palast (also a CJ-Vista Cinema of the Month), the feature is sadly no longer in use. While the cinema lacked a dedicated facade, the front of Karlsplatz was often used for elaborate displays of films that often ran for weeks. It continues hosting film premieres and special screenings to this day.

In 2004 the cinema was acquired by the Kinopolis Group, which also owns the nearby Mathäser Filmpalast; Germany’s highest grossing multiplex and home to several local cinema firsts such as Germany’s first Dolby Cinema. After a five-month long renovation the cinema was reopened in 2012 with a reduced number of seats but improved comfort, as well as an even higher level of service. Tickets are a EUR €17.50 (USD $21.80) for the ground floor, EUR €19.50 (USD $23.25) for the balcony or EUR €24.50 (USD $29) for a seat in a booth. You can also rent the whole cinema should you wish (price on application). 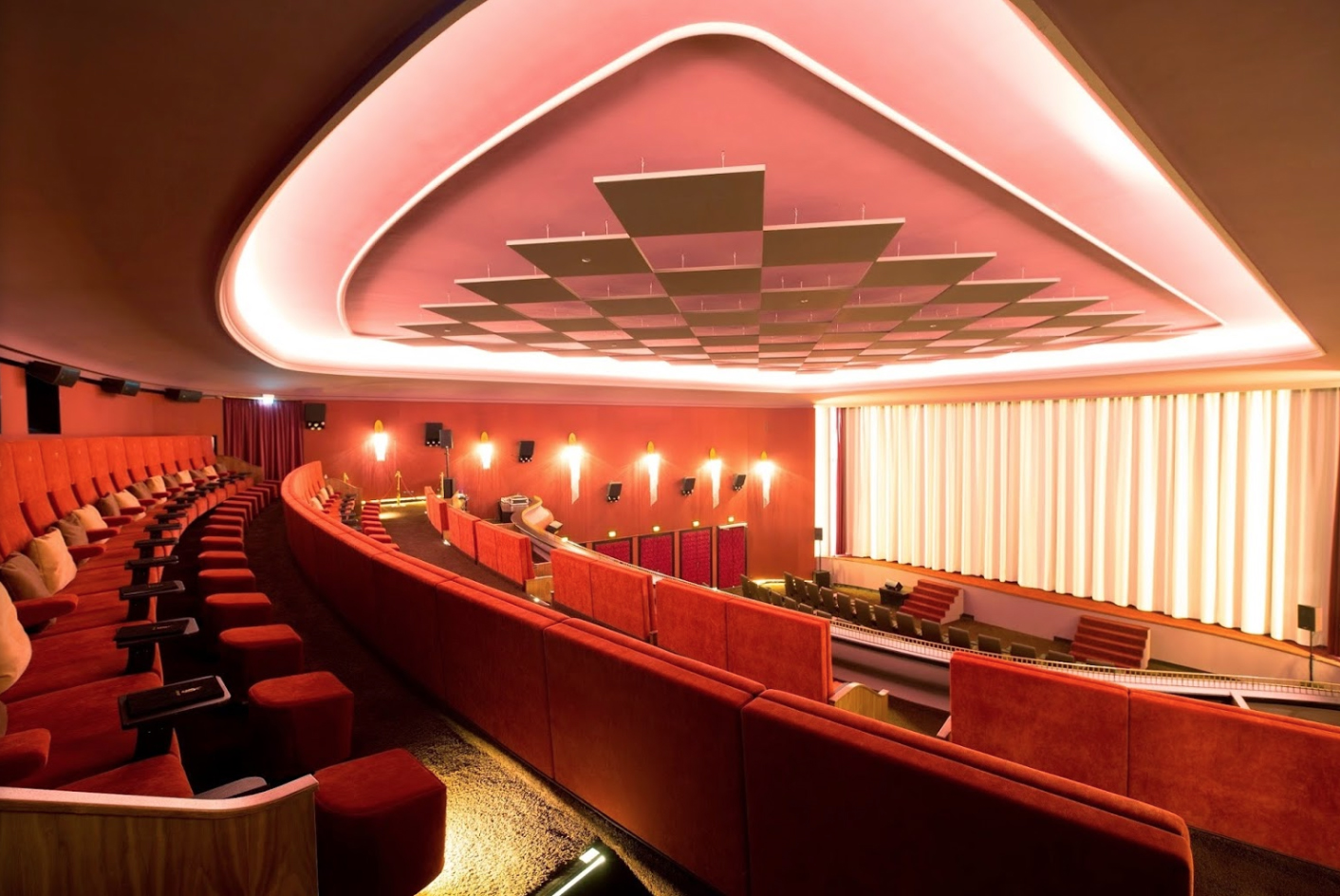 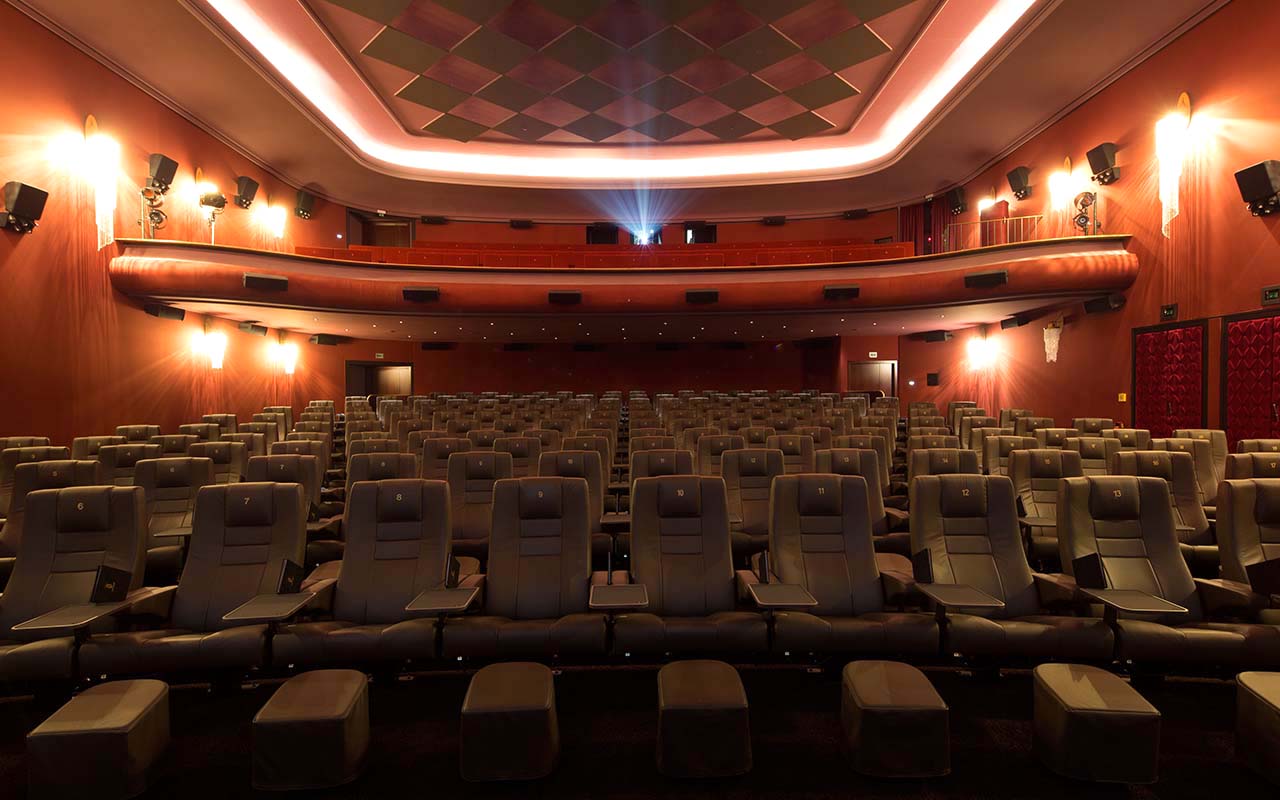 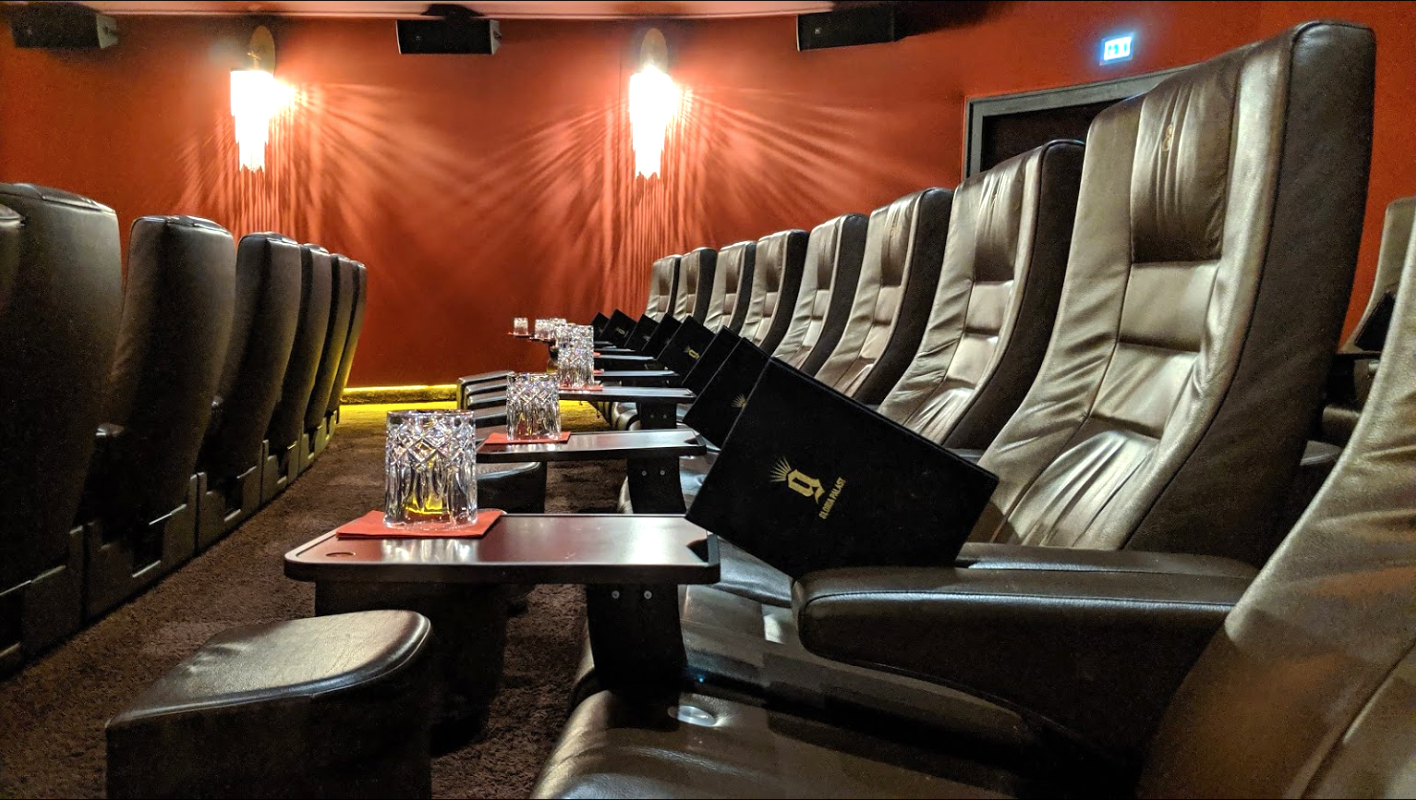 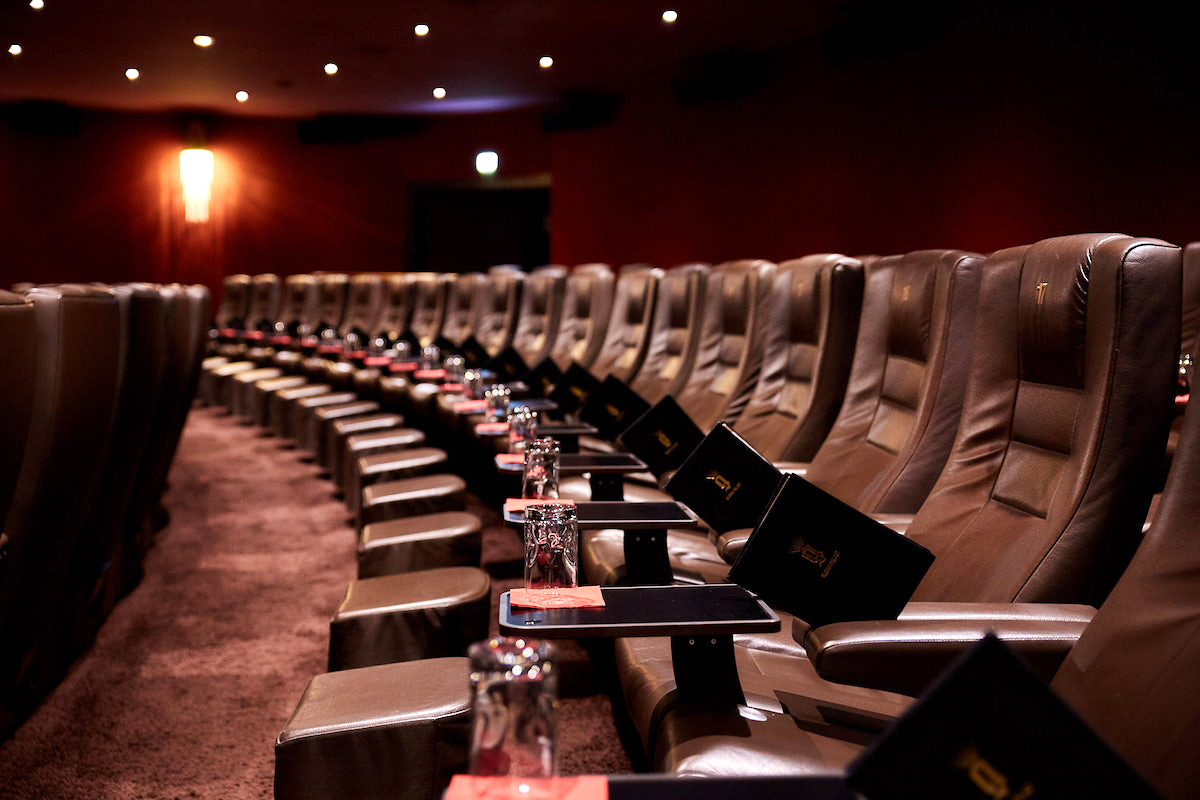 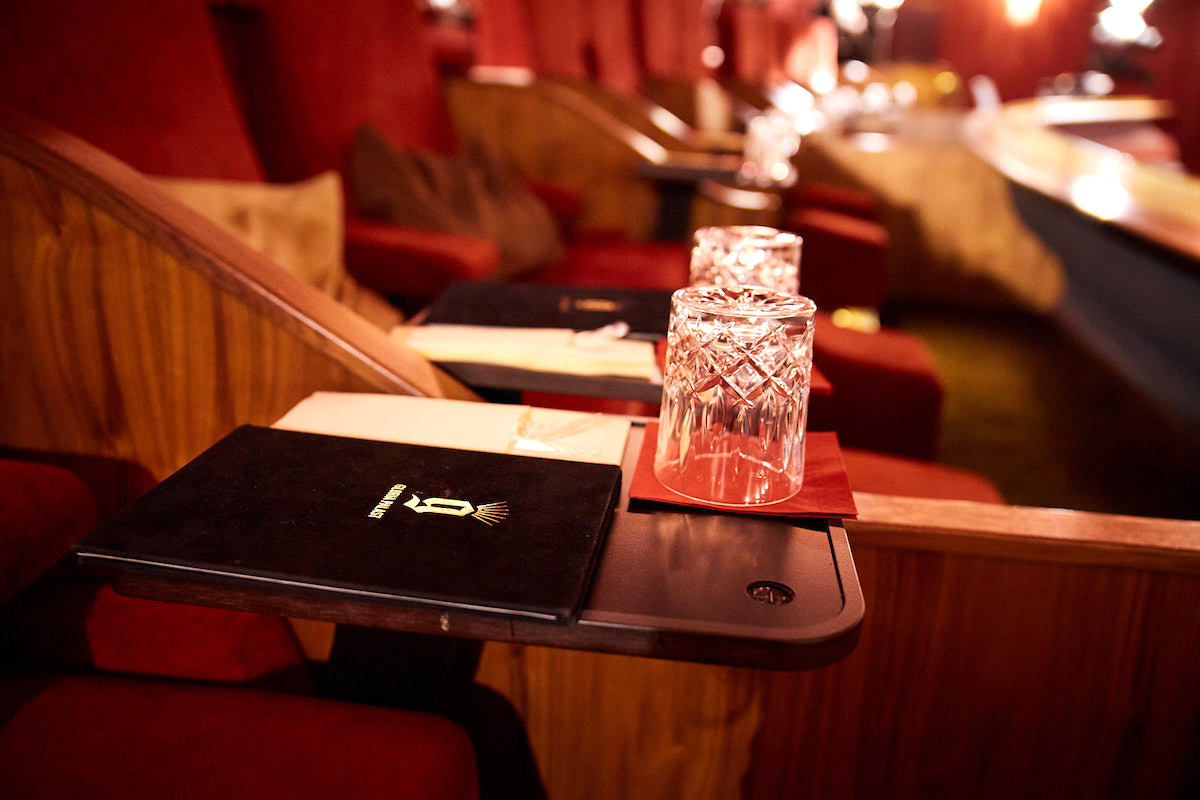 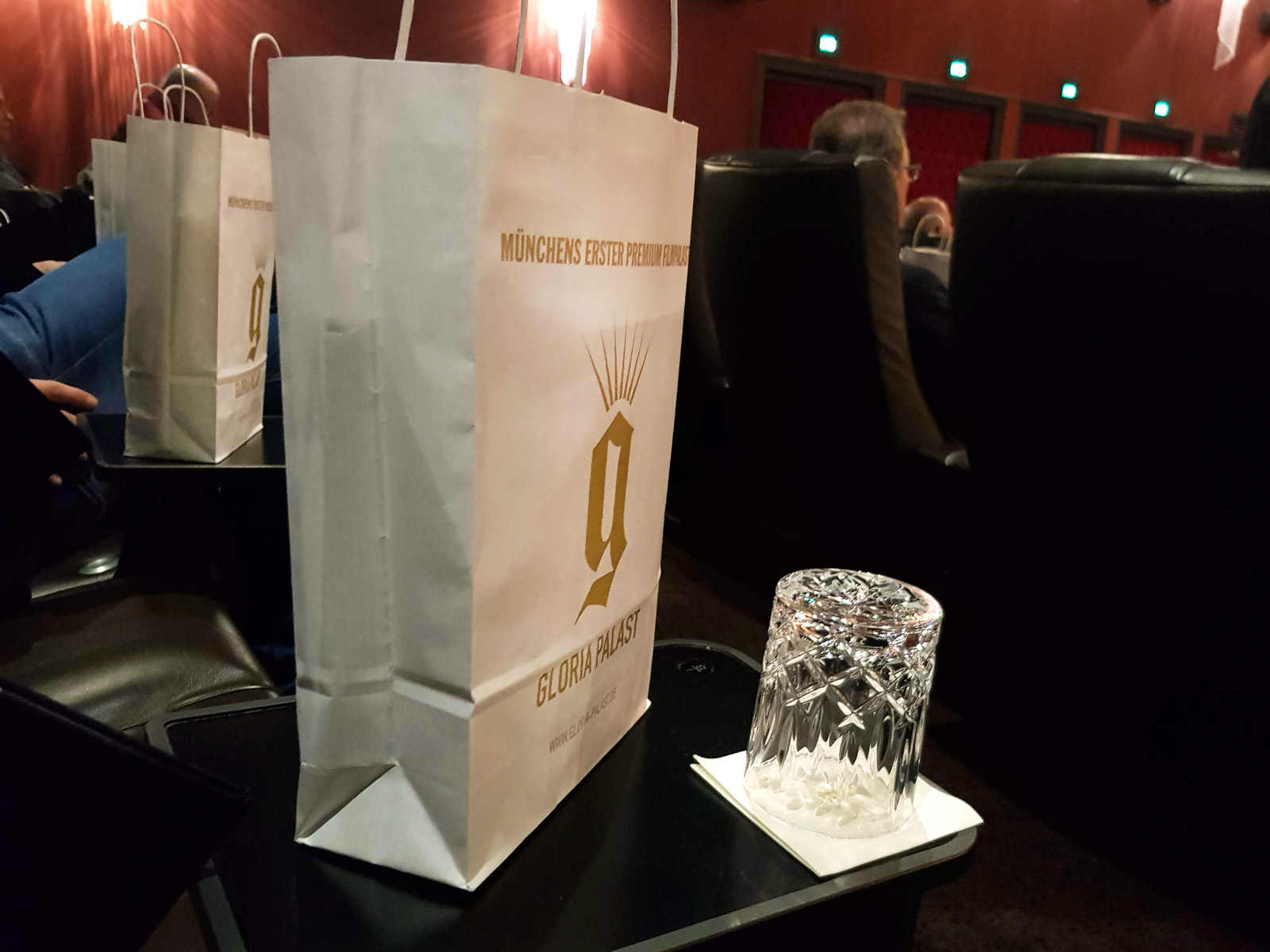 Like all German cinemas, Gloria had to close during the coronavirus pandemic (we visited it back in January), which hit Bavaria harder than other parts of Germany (2,627 dead), though still relatively lightly by international standards. There are still restrictions in place in Bavaria and for cinemas like Gloria that means restrictions in seating and distancing (1.5 meters, or five feet), as well as pre-booked tickets. Masks have to be worn at all times apart from when the patrons are seated. It has also meant the temporary closure of the coat check. Gloria was opened as a test case before the neighbouring Mathäser could open.

Like other cinemas, Gloria is anxiously awaiting the arrival of Christopher Nolan’s “Tenet,” with pre-bookings available in mid-August, but you can also book ahead for MET opera and Jonas Kaufmann. In the meantime you can enjoy the 10th anniversary special presentation of “Inception,” young adult drama “I Still Believe,” a biopic “Marie Curie”, Edison v. Tesla in “The Currant Wars” or the music documentary “Dreiviertelblut.” So you could watch “Tenet” in the nearby Mathäser in Dolby Vision, as there is currently no IMAX in Bavaria. But we would be more tempted to put our feet up, sit back and enjoy it with some gourmet popcorn and a double of Slyrs Bavarian Single Malt in a crystal glass so exquisite you wonder why they don’t sell it in the lobby as a form of high end merchandising for what might just be Germany’s most luxurious cinema.