As cinemas reopen it is not the multiplex chains or even the independent cinemas in the big cities that we should primarily worry about, but the small cinemas in towns that you have probably never heard of. One such example is the Kino Teatr – cinema, theatre, gallery and food – located in St. Leonards-on-Sea on the south coast of England. A small pearl of an operation that was part of the re-gentrification of this coastal town, or at least until the coronavirus pandemic hit. Today it is one of thousands of screens that acted as local cultural and entertainment focal points that are now threatening to be swept away.

Kino Teatr was one of the last cinemas we visited as part of our unending quest for hidden gems that were worthy of being considered a CJ Cinema of the Month. Sure, we love to visit the latest gleaming multiplexes with premium large screens and motion seating, luxury cinemas with wine or table services, or grand old picture palaces in the great cities of Europe and beyond. But finding a small, often single-screen, operation that gives joy through ingenious programming, friendly service and an eye for detail in a town off the beaten track is a particular delight.

St. Leonards-on-Sea is the twin city rubbing up against the better known Hastings on the East Sussex coast, much as Hove is to Brighton, but with full hipsterification still at least five years away, further along the coast. Walking up from the seafront you pass authentic old bars, pizza restaurants, vast second hand emporiums and artisanal craft shops that have found a more affordable outlet for their designer eyewear and stylish shoes than is possible in East London. Turning up on Normand Road the glass facade of the cinema does not shout cinema, but the intelligent signage does.

The cinema itself dates back to 1913 when the then Kinema Palace became the town’s first purpose-built cinema. During the Second World War it escaped being obliterated twice in 1943 when the town was targeted by Luftwaffe bombers. The Warrior Pub next door was hit instead, killing 25 people. The facade was updated in 1952 to a modern style, which also saw it re-named Curzon Cinema. It was acquired in 1966 by London-based Classic Cinemas, after which it survived attempts to turn it into a bingo hall or sex cinema. It was finally closed in January 1977 and the facade changed again in the 1980s. 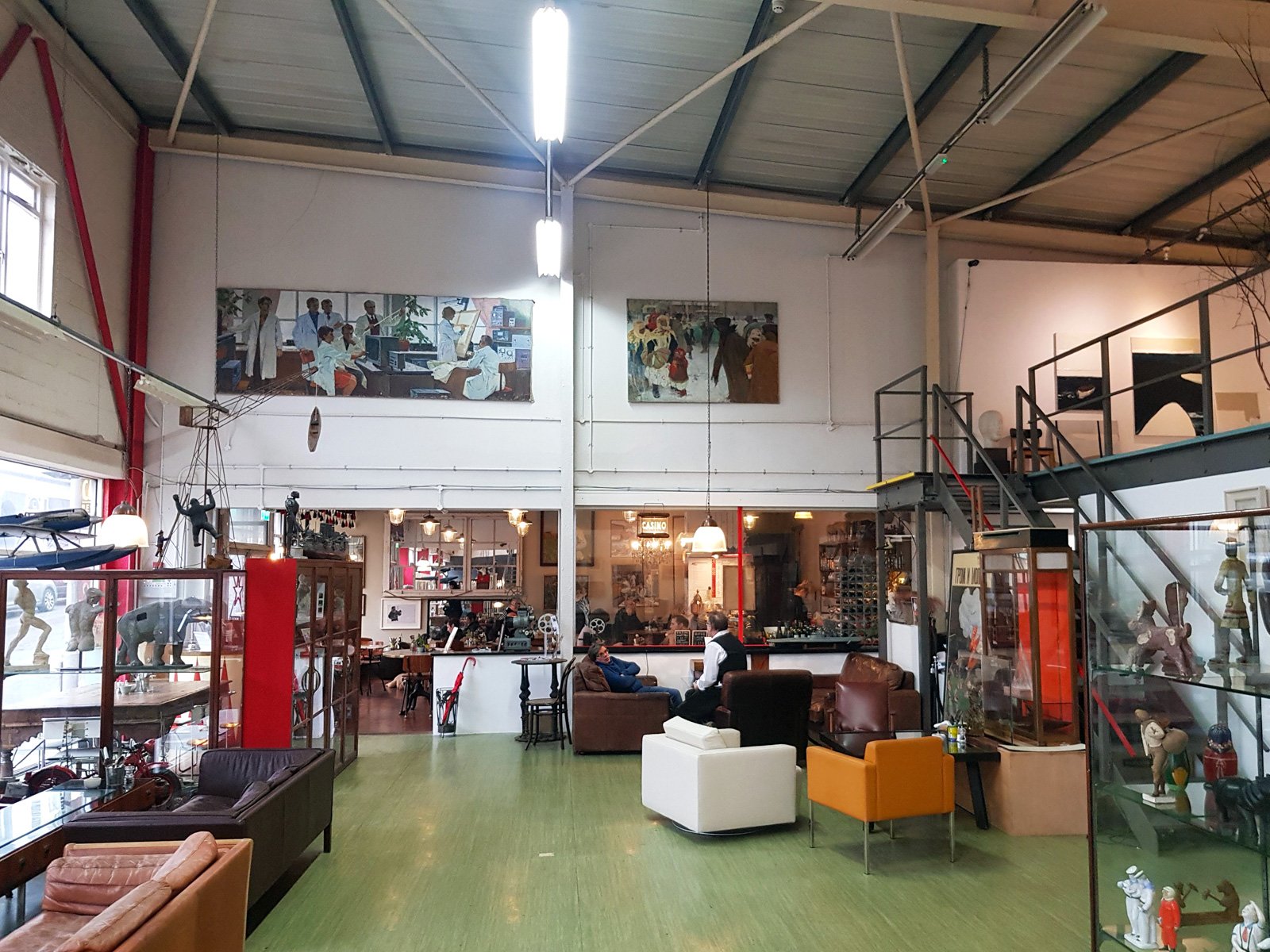 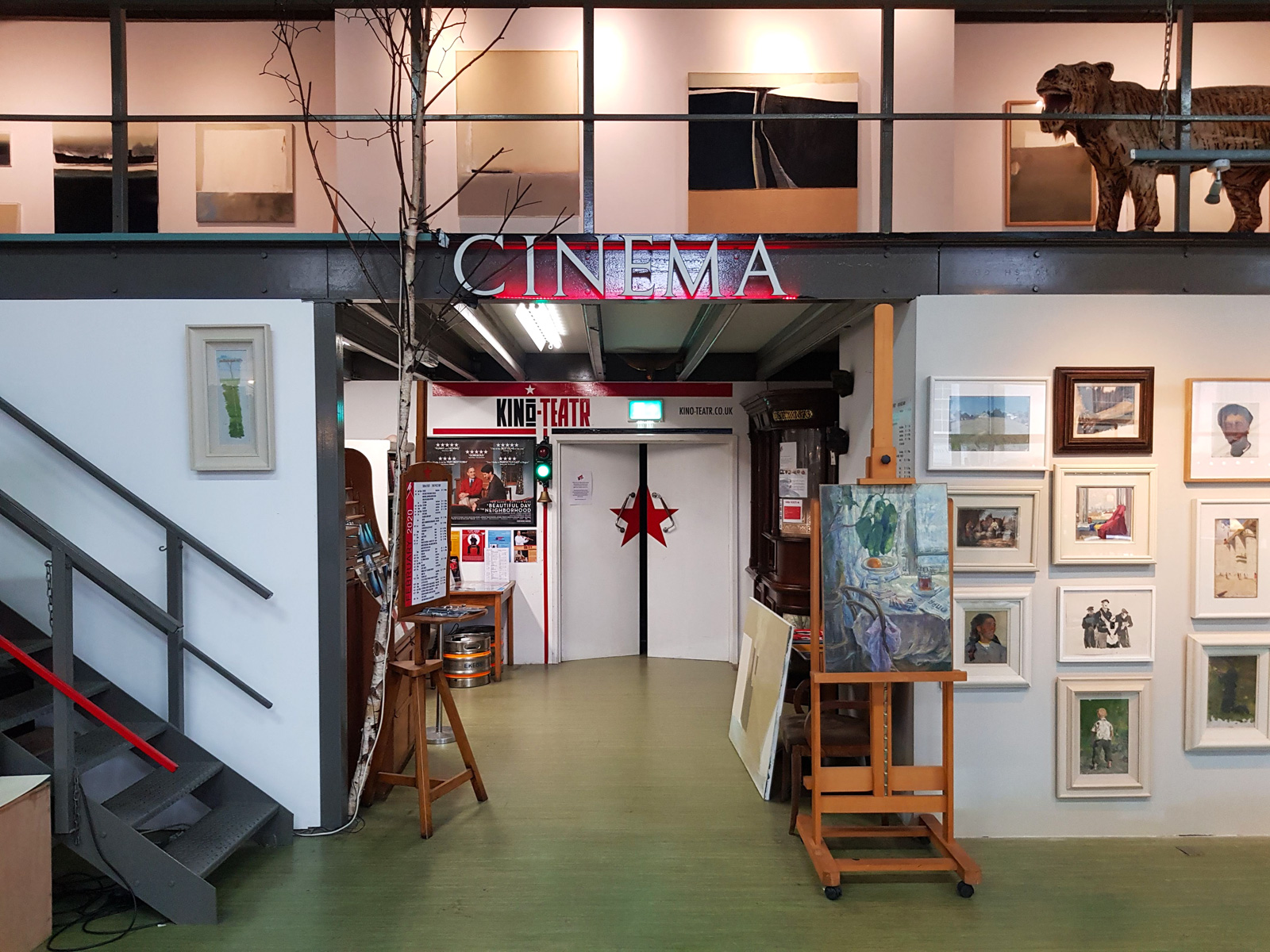 The rescue of the cinema came in the form of British-Russian art couple Russell Baker and Olga Mamonova. Their Baker-Mamonova Gallery in St. Leonards-On-Sea “has been exhibiting, framing and promoting the best of 20th Century Russian Art since 2001.” According to their website:

“they have exhibited at the State Tretyakov Gallery, Pushkin House, Royal Bank of Scotland, Belgravia Gallery and other locations in the UK and the USA. Some of their paintings have also made an impact at the Russian Sales at Sotheby’s and MacDougall’s. Their work is known internationally for its dedicated and careful approach to the curation of exhibitions.”

It may not be the only cinema-cum-gallery, but it is definitely the most impressive one that we have ever visited.

There was also a cafe/restaurant (Liban@Kino), which holds regular live music events (think jazz). The Winter Cocktail List offer Kino Colada and a St. Leonards Long Island Ice Tea. There are scrumptious Middle Eastern pastries to go with an afternoon tea or coffee. The hot food on the menu has a distinctly Middle Eastern slant as well, making for an interesting but not incongruous of classical Russian art; an Edwardian cinema interior and Syrian dishes. But somehow it all works and even the dogs that are allowed to accompany patrons into the cafe seem to feel quite at home. The service is friendly and cheery. The cafe and gallery are of course, re-opening after the coronavirus shutdown, along with the cinema. 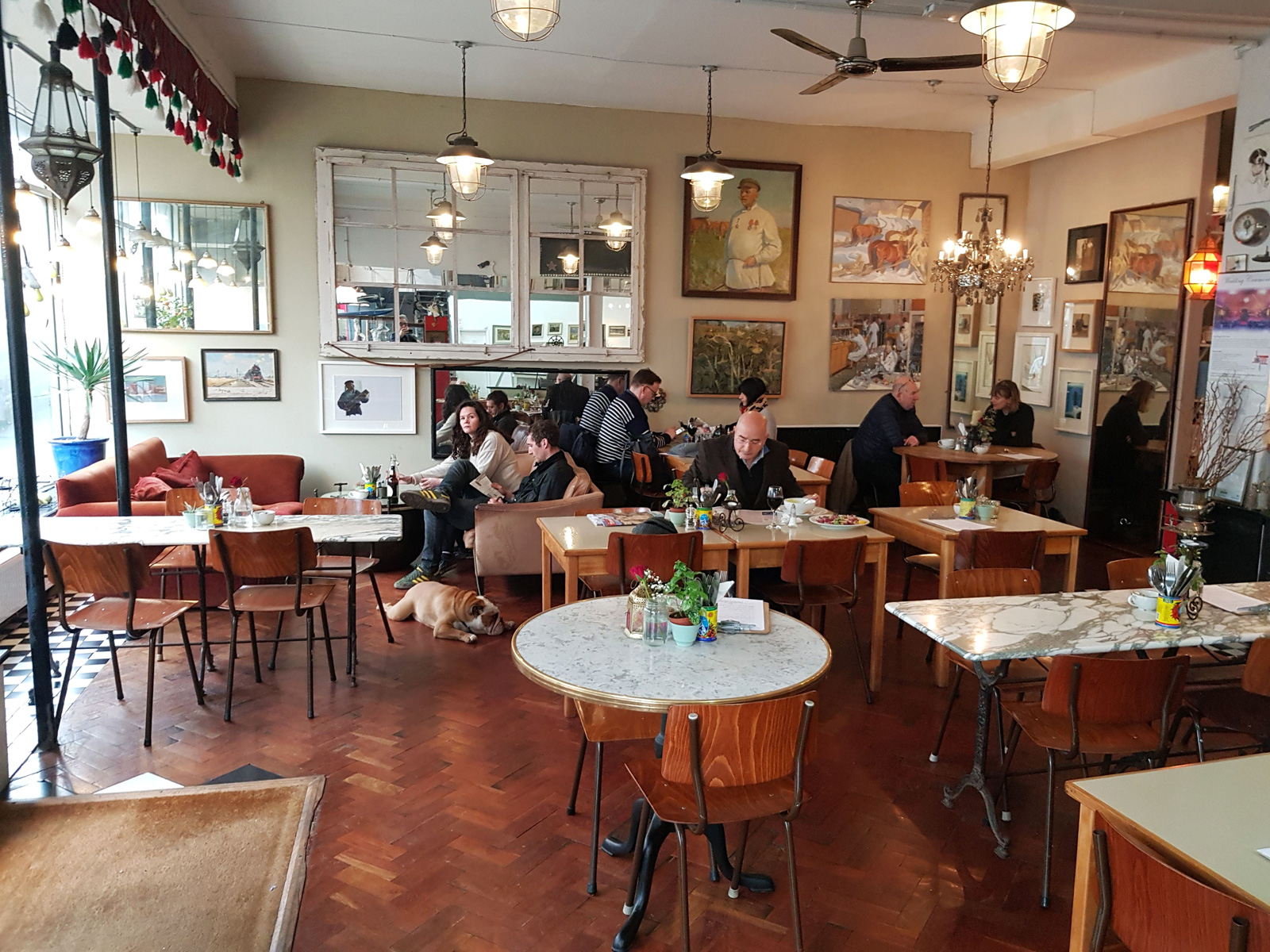 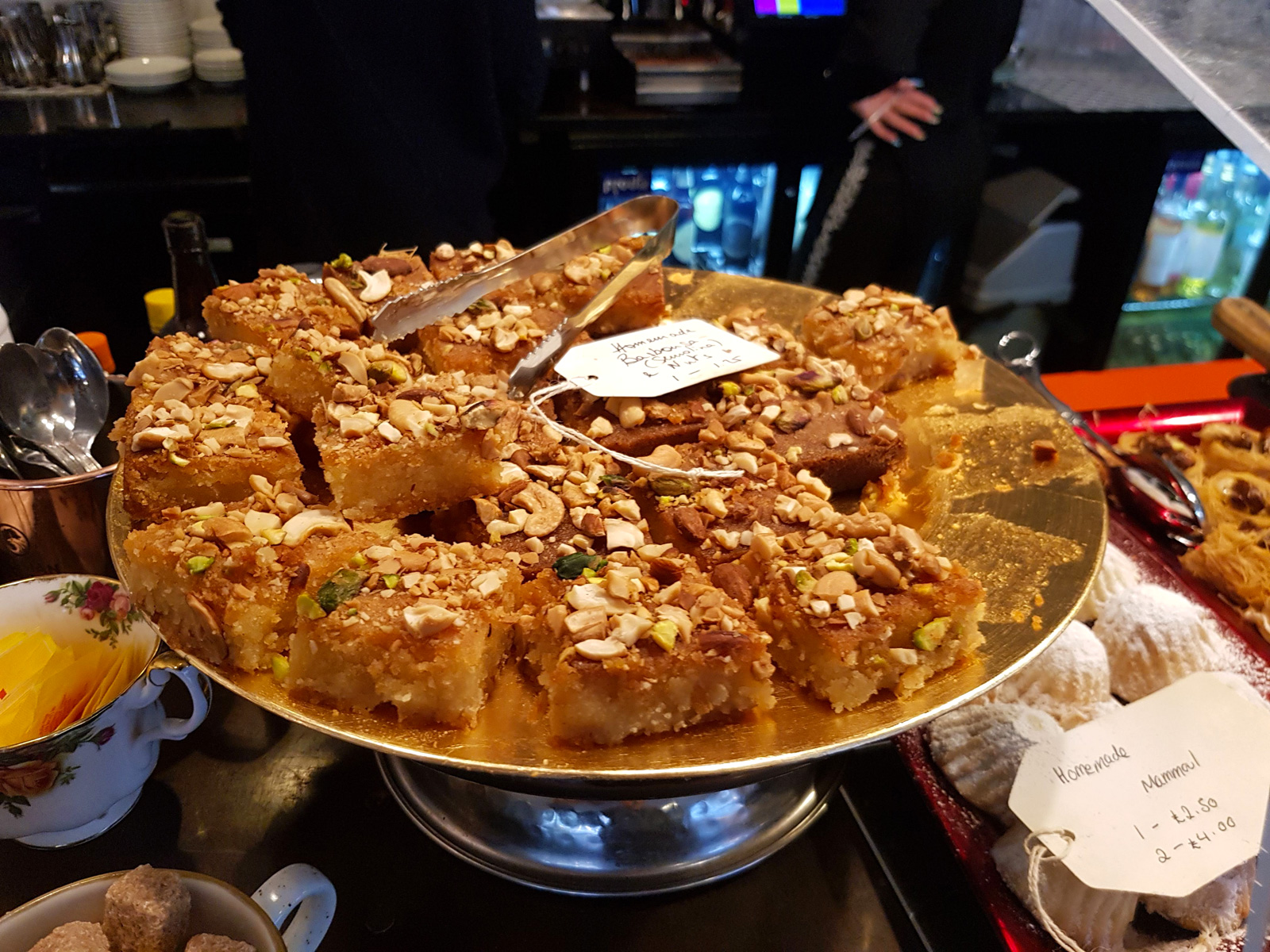 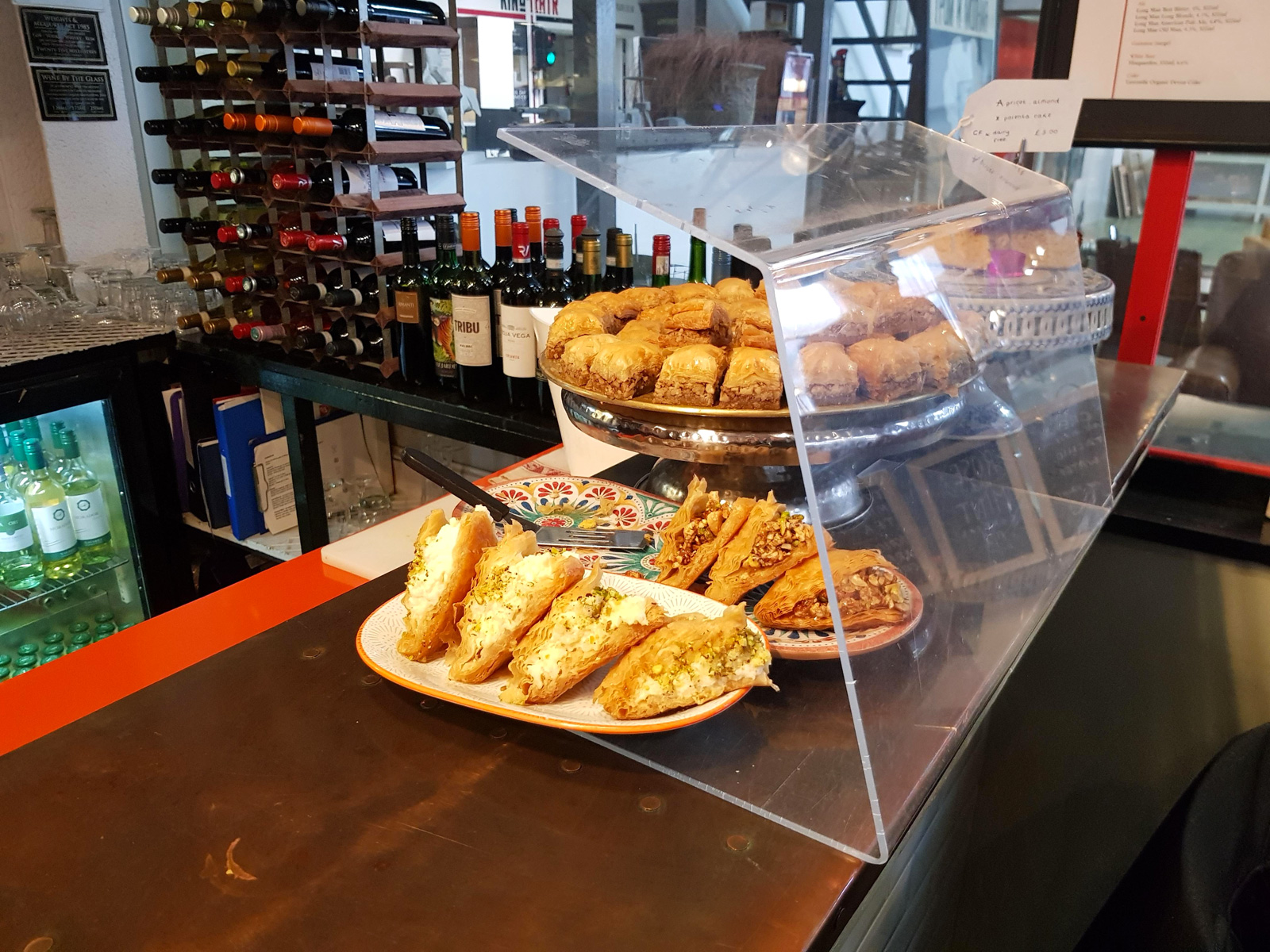 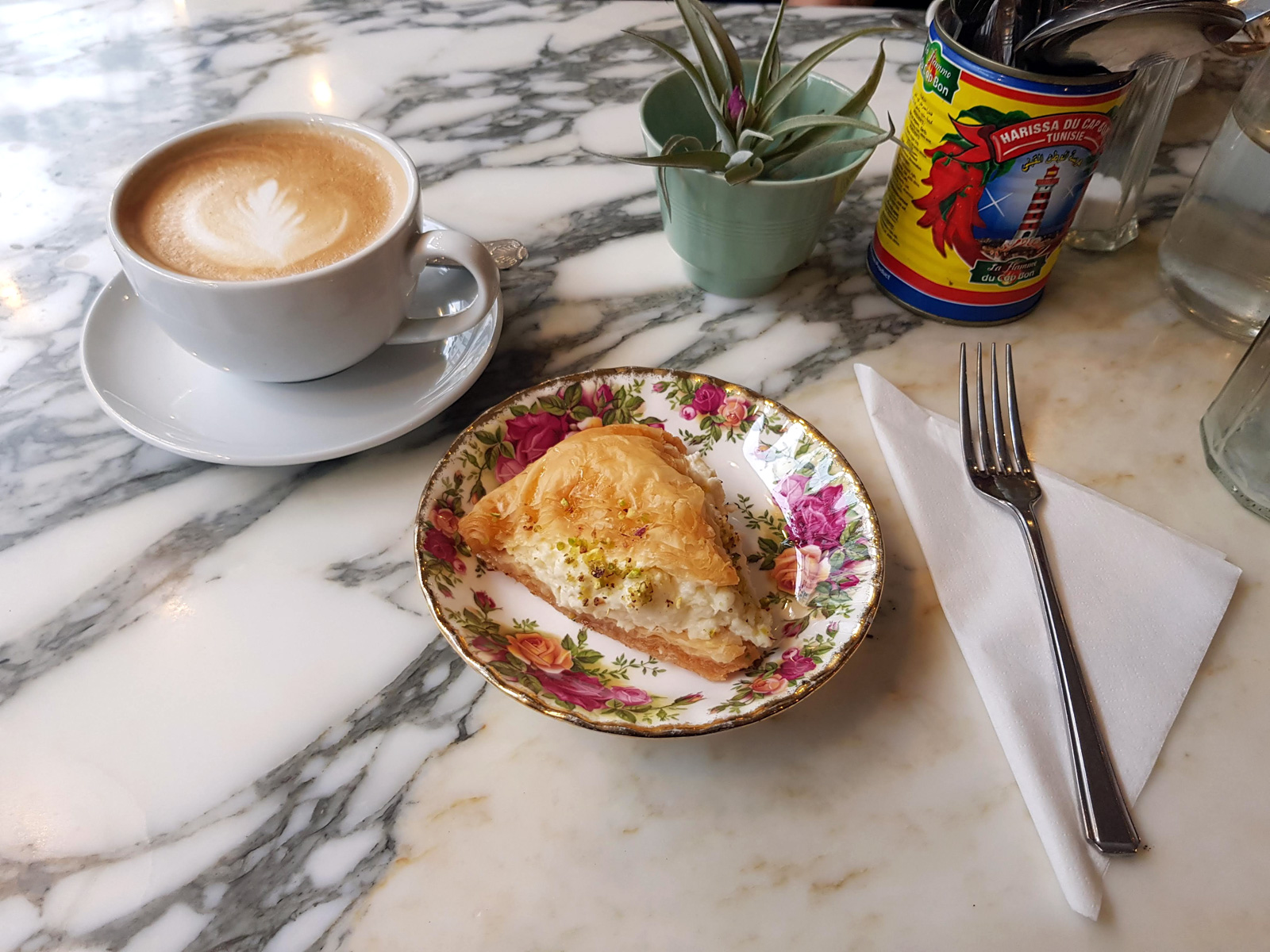 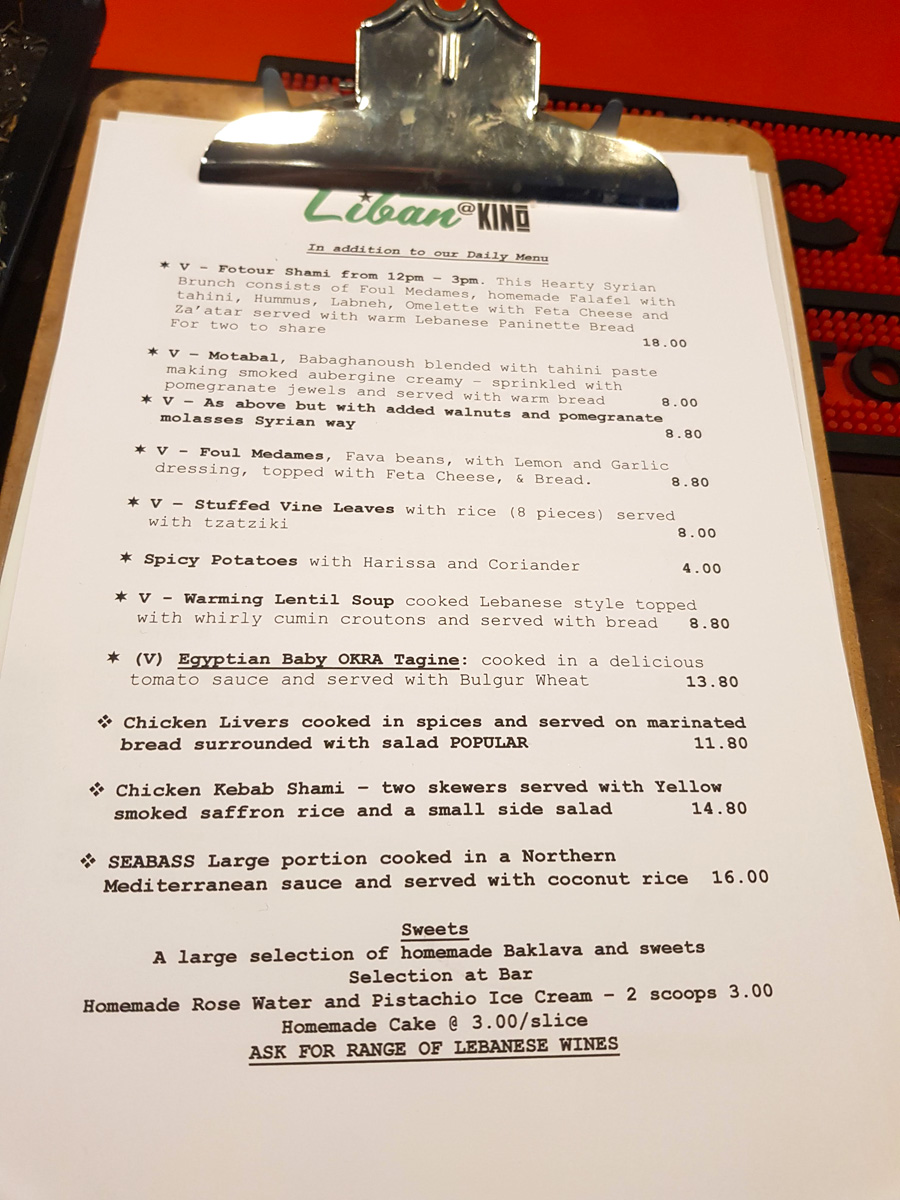 On the day of the visit Kino Teatr was screening Jane Campion’s overlooked period biopic literary drama “Bright Star” about the poet John Keats (played sensitively by Ben Whishaw, Bond’s Q) and his doomed love affair with Fanny Brawne (a strong and intelligent Abbie Cornish). The picture was soft and the colour muted, more so than cinematographer Greig Fraser probably intended, leading to the suspicion that it was coming off a DVD and not through a DCI-grade projector. But this did not significantly spoil the enjoyment of the film. There is also the bar at the back of the auditorium that allows for refreshments, should the interest in the big screen action wane.

Adding to the charm of Kino Teatr is a shop, not selling DVDs or merchandising, but midcentury design treasures of furniture. The Dutch Design Studio specialises in mid-century Dutch furniture (what, no Scandinavian?) and customised re-upholstery for them. It may thus be the only cinema that not only has vintage seats but that can also re-upholster your home cinema seats, assuming you have a home that is featured in Monocle or Architecture Digest. 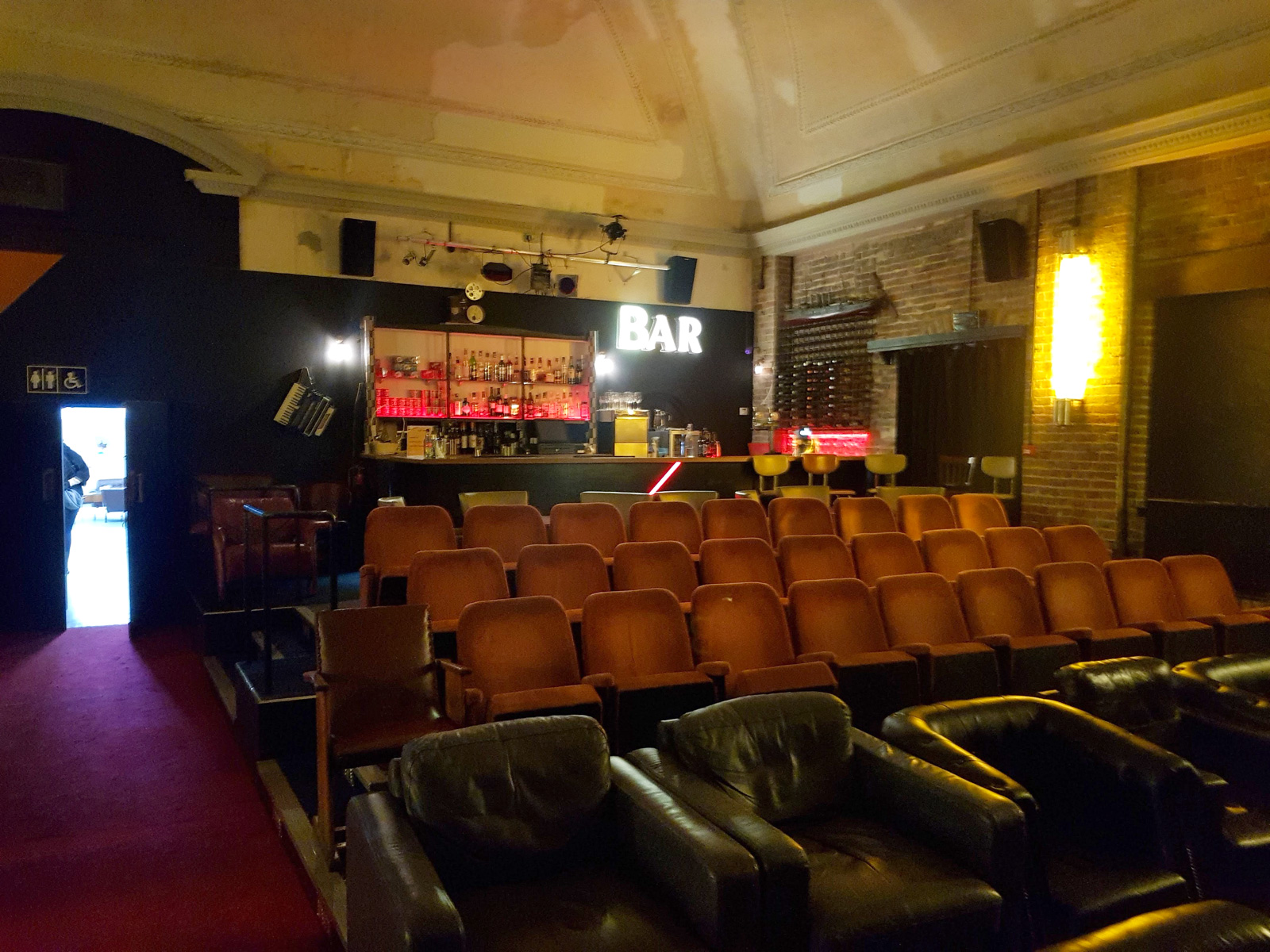 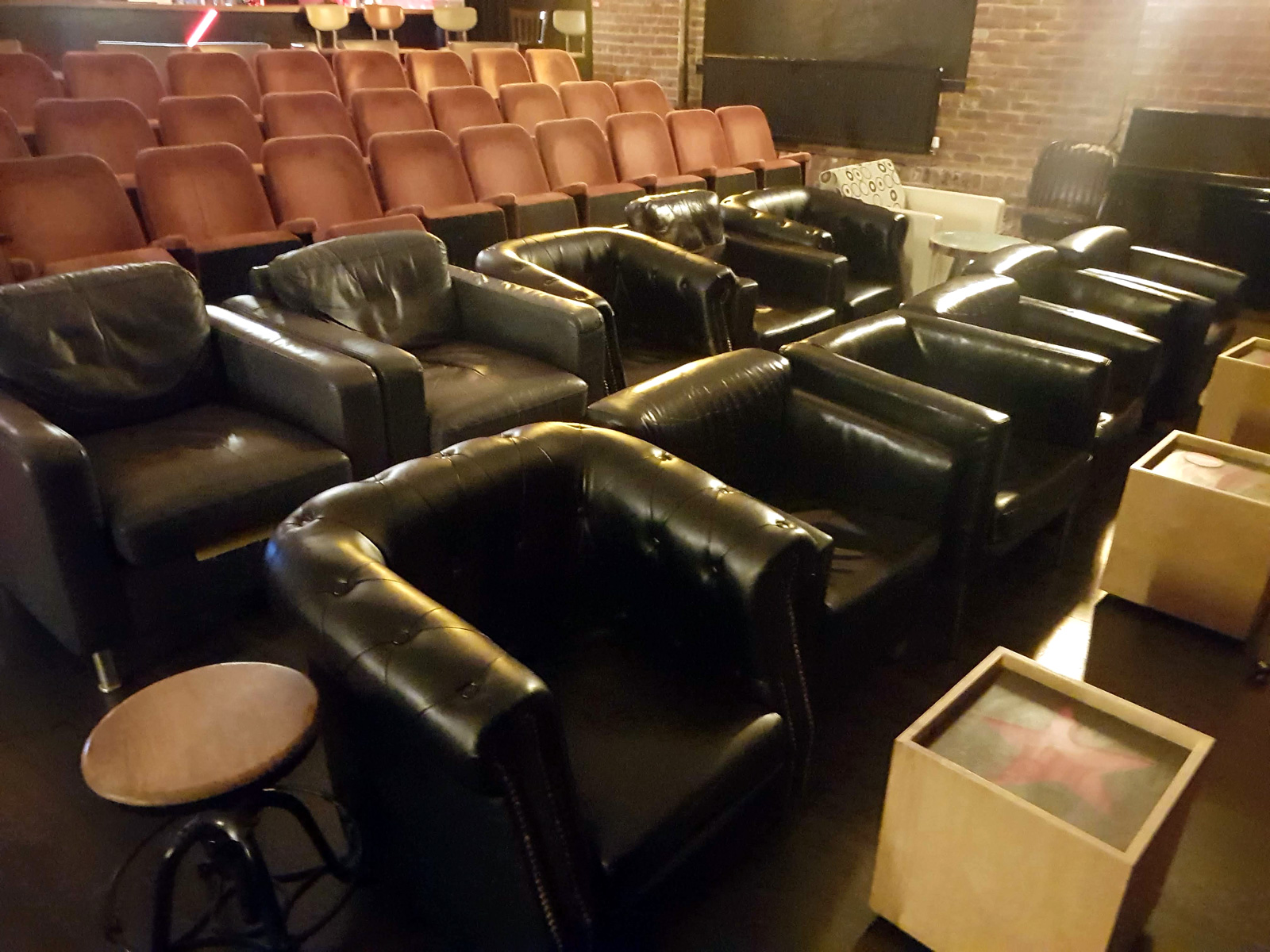 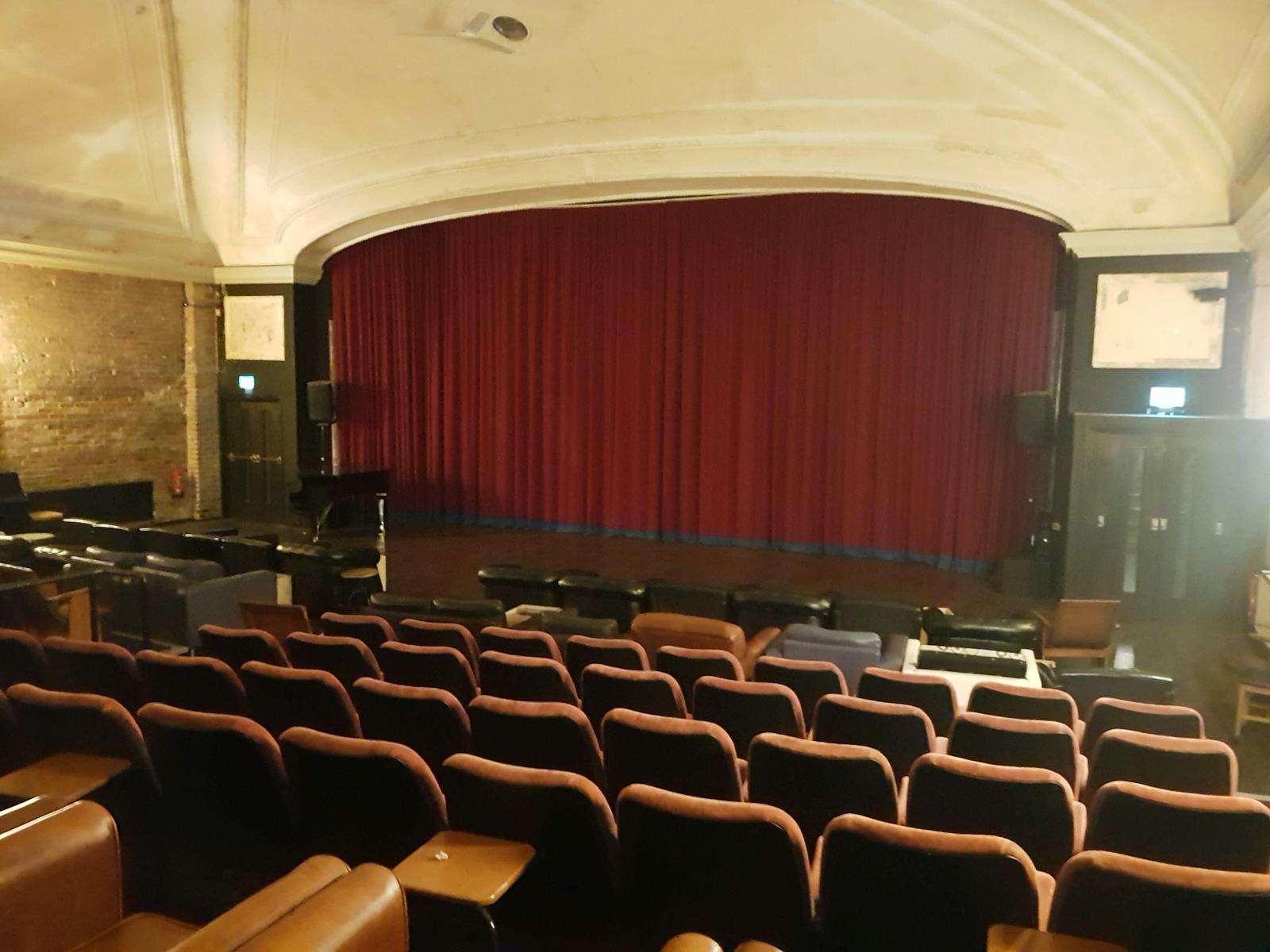 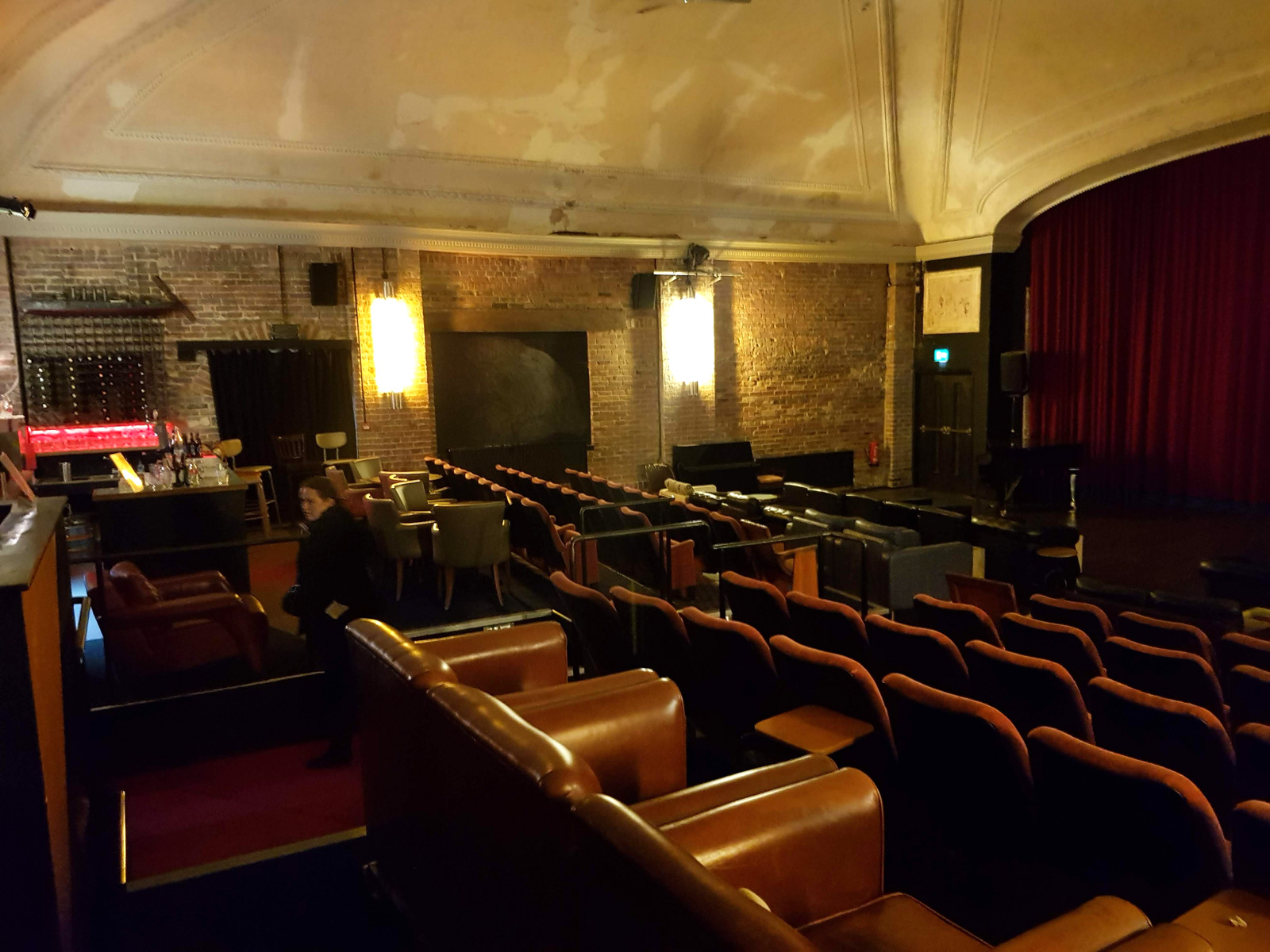 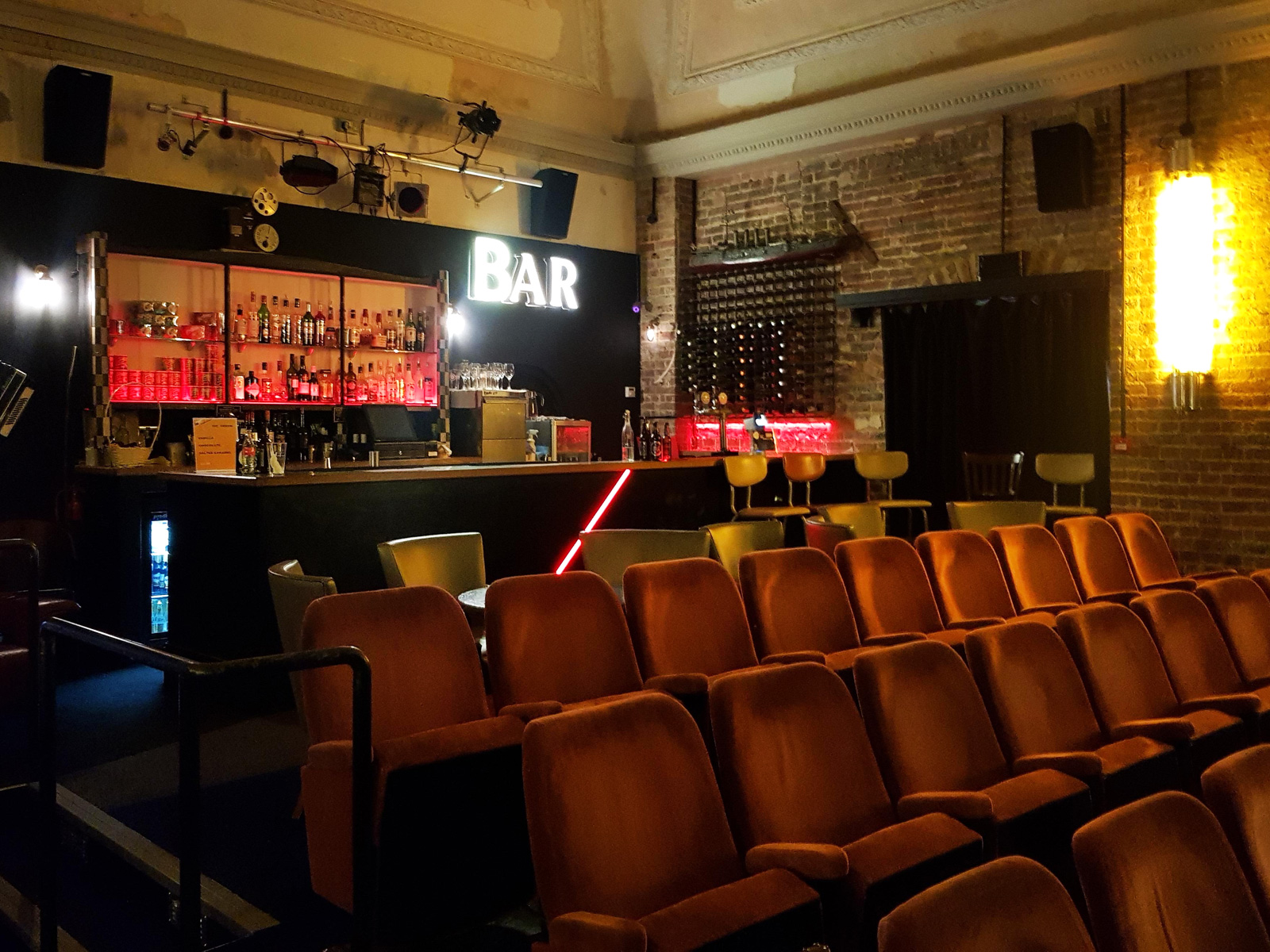 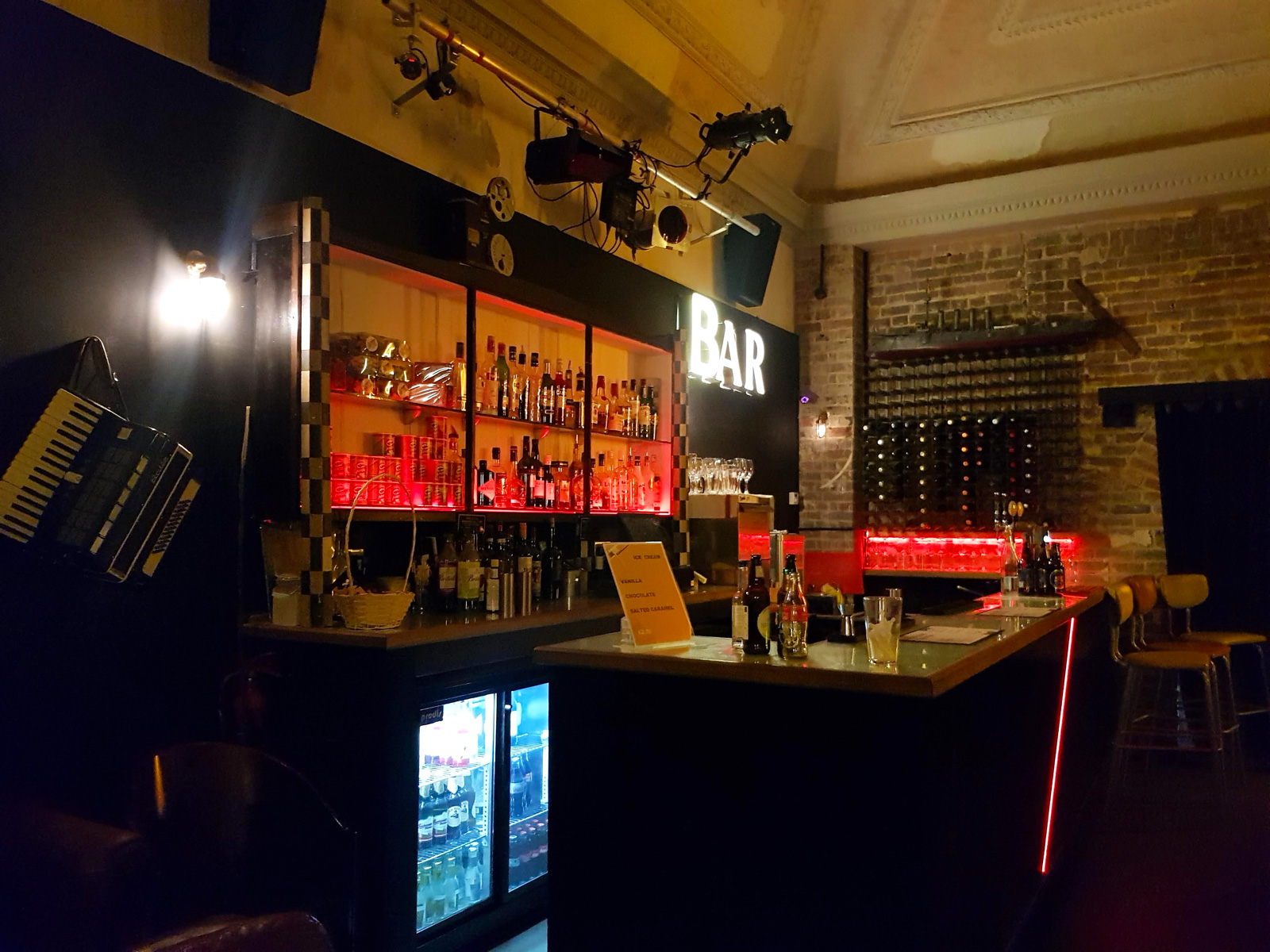 While some cinemas in the United Kingdom are reopening on 4 July, it will be harder for small independent venues such as this one to make it profitable to operate. The big size of the gallery should mean that the restaurant could expand. In the interim, the owner has been asking people to support Kino Teatr by becoming members for GBP £60 per year. The good news is the currently the cinema is on track to reopen 17 July, as per the website:

Liban@Kino have decided to move on and Kino-Teatr wishes Hassan and family all the best in their new venture.

With new Japanese restaurant Arigato@Kino, the return of films & eventually live events and a restyled socially-distanced look throughout the building, Kino-Teatr will soon be re-opening and looking forward to seeing you all again.

While the audience the day we visited were distinctly in the older age bracket, we hope that they will come back to enjoy the eclectic mix of classical films and event cinema, art and furniture, cafe and snacks. Who knows, the COVID-19 pandemic might not be enough to kill off the gentrification of this hidden gem of a town and cinema-gallery-shop-restaurant just yet. We hope so.

UPDATE: This article was edited on 17 July 2020 to correct the location as East Sussex rather than Essex.