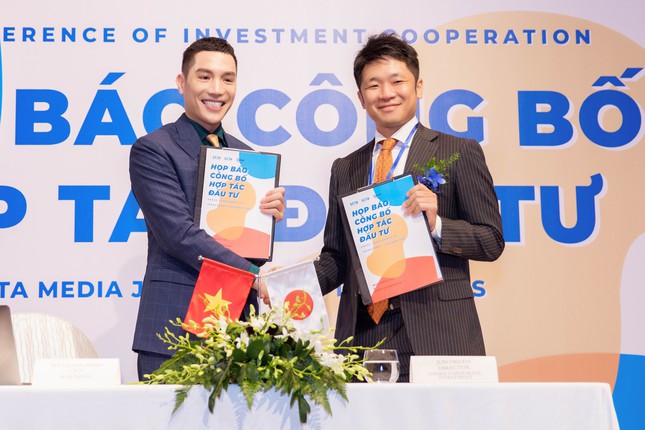 Vietnam is the country in Asia that has probably seen the best handling of the Coronavirus outbreak, with the country that neighbours China not recording a single Covid-19 fatality. Now the country’s cinemas sector, which was growing rapidly before the pandemic, has seen a vote of confidence with the investment of USD $8 million in the local operator’s Beta Media cinema chain from Tokyo-based Daiwa PI Partners (DPI – part of Daiwa Securities Group Inc). The news comes as CJ CGV is forced to sell off a 25% stake in its Vietnamese subsidiary to a sister company.

Beta Media operates the chain Beta Cineplex, which has 12 multiplexes with almost 60 screens in Hanoi, Thai Nguyen, Thanh Hoa, Bac Giang, Nha Trang, Bien Hoa and Long Xuyen. The company’s aim is to have 50 multiplexes operational within the next few years. The investment will be used for this expansion, including setting up a franchise model. According to Forbes Vietnam: “Beta Cinemas is aimed at a group of middle-income customers, focusing on developing cinemas to small district and suburban areas – where people do not have many opportunities to access to Modern entertainment like in big cities.”

According to the press release: “The investment call was made in the first half of 2019 and reached an agreement by the end of 2019, but the COVID-19 epidemic delayed the process.” According to Mr. Kenichi Shimomoto, Senior Managing Director, Daiwa PI Partners, “Undeterred, Minh Beta and the team have patiently demonstrated to us their impressive business results in the past, a potential future of the film industry in Vietnam, as well as Beta Media’s determination and perseverance in promoting this important industry in the long term.”

Beta Media was founded in 2014 by CEO Bui Quang Minh (Minh Beta) after he returned from an MBA course at Harvard University (incidentally also how Cinépolis CEO Alejandro Ramirez started his chain). He is also known in Vietnam for the Doco Donuts & Coffee pastry chain. In addition to cinema operation, Beta Media is also involved in production, having released three movies with two new film projects this year, “The Beauty of God” and the “Legend of Lang Lieu”. CBRE estimates that Vietnam’s cinema market is worth around USD $100 million.

Cinemas in Vietnam had to close for two months but are currently open, though similarly to elsewhere there is a lack of new films to screen. The fast growing cinema market in Vietnam are dominated by Korean majors CJ CGV and Lotte, who between them have an approximately 60% market share. CJ CGV was forced to cancel its plans to IPO a stake in its Vietnam operation in 2018, instead recently selling a 25% stake in CJ Vietnam Co. for KRW 32.4 billion (USD $27 million) to another part of the CJ Group. Beta has positioned itself differently from the Korean majors, as explained in the press release:

Beta Cinemas has an affordable pricing scheme, averaging just about VND 50,000 [USD $2.14] per movie ticket. However, Beta Media still invests in modern equipment which meet Hollywood standards and modern facilities. Beta Media prioritizes the use of high quality domestic construction materials to reduce investment costs, while ensuring good quality and durability. Beta Media maintains a good profit margin by optimizing expenses, such as rental costs. Beta Media chose not to open in commercial centers or mega malls that were often too expensive, while optimizing the design of its theaters to minimize operating, utility and personnel costs.