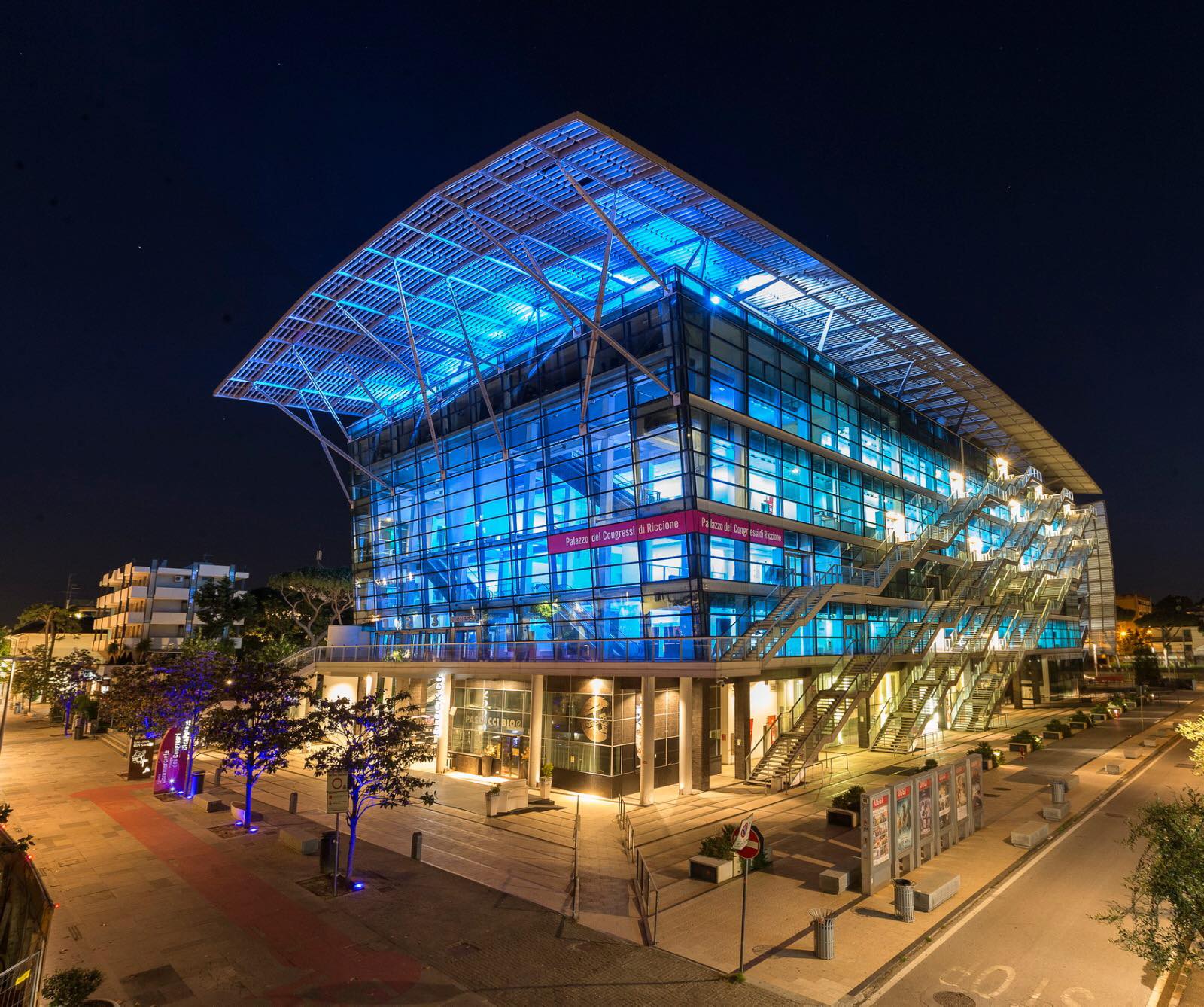 June 15th is the date that all the Italian cinema industry has marked in red on the calendar. One month to reopen with a new normality since that decision on 16th May when PM Giuseppe Conte announced cinemas and theatre will be allowed to turn on projectors and lift up their curtains again.

Italy was the first European nation to be hit hard by the coronavirus pandemic: on 24th February, cinemas closed in much of the north of the country, including Lombardy, Veneto, Piedmont, Emilia Romagna and Friuli Venezia Giulia regions. The impact on the 20-23 February weekend was huge: dark screens accounted for more than 40% of the country and heralded an immediate fall of 44% for the domestic box office compared to the previous weekend. Until that moment, the local box office was on the right track: not the best performance ever, but Italy counted three local productions in the August-January top ten with the most recent movie by Italian comedian Checco Zalone “Tolo Tolo” earning more than € 46 million.

Unfortunately, the virus continued to spread around Europe and on 8th March the Italian government forced cinemas nationwide to shut down more than 3,200 screens: a quarantine of 14 weeks – 16 for the cinemas located in northern Italy. Impossible for distributors, at that point, to release new movies: Disney suspended “Onward” and “Mulan”, Universal postponed “Fast & Furious 9” and “No Time To Die” and also local distributors like Vision Distribution blocked the long awaited Italian comedy “Si vive una volta” sola starring popular actor Carlo Verdone.

Then, the sudden and unexpected news of the same Universal announcing that “Trolls World Tour” would be gone directly on streaming with no theatrical release: a cold shower for everyone, just few days later the launch of another big shot of streaming services in Italy, Disney+. Action-reaction: the major distributors of the Italian industry took position in defence of the big screen. Rai Cinema and Medusa – linked to national broadcasters Rai and Mediaset – declared their devotion to the movies confirming the release of new titles to exhibitors.

Italian exhibitors didn’t give up: while some of them started sell popcorn through apps, some others sanitized the entire building involving the temporary-out-of-working staff and literally everyone remained in contact with their own audience thanks to social media, video and live engagement tools used and exploited like never before. Moreover, in the heart of Milan, one of the most affected cities by Covid-19, a small, but bold, independent cinema – Cinema Beltrade, 200 seats near the Central Station – started the first TVOD service hosted by a cinema exhibitor, picking up a percentage on the streaming sales, in collaboration with independent distributors and young Italian directors.

Not only exhibitors however: all local industry faced the quarantine. Agencies and industry press locked down offices but they opened up all the digital ways possible, increasing news flow and analysis on websites and social media; while the lights of cinemas marquees everywhere in Italy were turning on spreading the hashtag #riaccendiilcinema (‘turn on the cinema again’), the Accademia del Cinema Italiano – David di Donatello Awards brought its Ceremony forward from 3rd April to 8th May, with no delay on pool procedures and thanks to the immense courage of the President and Artistic Director Piera Detassis they celebrated Italian cinematic talents in an empty theatre with actors, actresses, producers, directors, writers virtually connected from their own home. Don’t we usually say ‘the show must go on’?

And on it goes. In the last two weeks, two groups of independent cinemas launched #IoRestoInSala (‘I stay in the movies’) and MioCinema.it (‘my cinema’), two TVOD streaming platforms to support the preferred cinema near you. It’s worth visiting the website of the nearest cinema and check if it is part of these 150 cinemas in total: you choose the title, you buy a virtual ticket and the income is split between exhibitors and distributor. Patrons can also have access also to special events hosted by talents, like the presentation of Favolacce (“Bad Tales”) by the directors Damiano e Fabio D’Innocenzo, Silver Bear winner for Best Script at the last Berlin International Film Festival.

Speaking of Festivals, while Cannes has been obliged to announce his selection only on 3rd June after cancelling his 73rd extravaganza, Venice Film Festival confirms regular dates 2nd-12th September on the Lido: although there are no details regarding the lines up and the operations, the organizers guarantee total safety for everyone attending. And because kids and teens are the audience of the future, the 50th edition of the Giffoni International Film Festival – one of the most important festivals worldwide for 6-18 year old spectators – has been confirmed with a mix of online and physical presence: in August for Giffoners aged +13, +16 and +18 and in December for aged +6 and +10.

Finally in June, all the pop culture lovers should also know if the doors of the ancient city of Lucca, in the heart of magnificent Tuscany, will be open Lucca Comics & Games, the second largest event of its kind on the planet after Japanese Comiket, or not. Scheduled to run 28th October – 1st November 2020, the convention put together comics, games, sci-fi, cinema, TV series, cosplayers, fantasy and animation: 270,000 tickets were sold in 2019 and the wait is exhausting for the thousands of fans.

A little sadness arose at the end of April when the industry discovered that the #10 edition of Cinè, the Italian convention & trade show had been postponed to 2021. Cinè takes place in Riccione in July in the middle of the Riviera Romagnola and the event is always appreciated by everyone because of the lovely summertime “aperitivo” between screening and line up presentation and for the holiday atmosphere that relaxes managers, business people and talents. The hopes and willingness to meet again are now projected towards December, for the winter convention of Sorrento – Giornate Professionali di Cinema #43 – which should kick off of a thrilling new movie year.

Along with the date of reopening, the government set up a list of restrictions meant to help the containment of the coronavirus: 200 seats of maximum capacity inside each auditorium, 1,000 for open air cinemas, both with social distancing procedures, temperature checks and use of masks for everyone, online pre-booked tickets, hand sanitation points, adequate cleaning between one show and the next one and a ban on the sale and consumption of food and drinks. These measures were immediately responded to by Mario Lorini, President of ANEC – the National Association of Italian Cinema Owners – as “inadmissible” and the group asked for urgent discussion with the government to avoid an “operational and economic unsustainability that will penalise the industry”.

If it’s plausible that not all cinemas will reopen on 15th June, then it’s desirable that the reopening should be – almost – completed by July. Rumours have emerged from the local press confirming that the two major cinema circuits in the market, UCI Cinemas and The Space Cinema, are preparing some selected locations around the country to reopen on 15th June testing all the anti-Covid procedures, to be then ready in July with 80% of sites restarted.

Good news on the contents side is the announcement that Disney is to release “Onward”: the title, not yet distributed in Italy, was originally scheduled on 5th March, then moved to 16th April and finally confirmed for 22nd July. This will be the first big release since the lockdown began while we are all waiting to know the dates for “Tenet”, “Mulan” and “Wonder Woman 1984”.