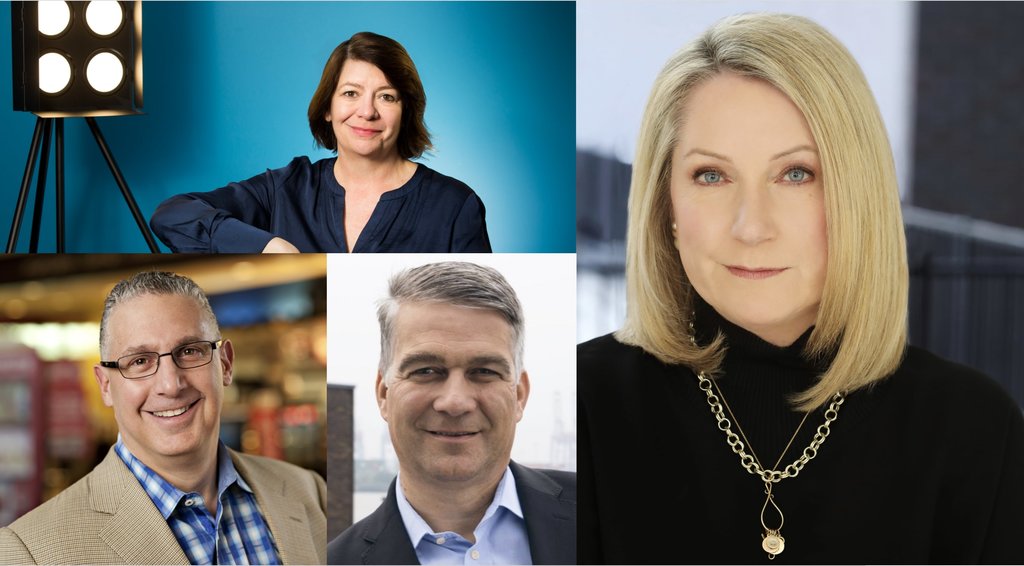 The past few days have seen many countries taking their first (baby) steps into a post-lockdown world. The nature of which vary drastically from nation to nation – for some it’s schools, others it’s bookshops. In certain US states it appears to be everything.

Global spectators watch anxiously, curious as to the success of these measures and whether their own governments will relax restrictions. But for now, this signifies the start of something, and is kickstarting industries into planning for what is to come.

Planning for an event, the nature of which you have little idea what it could look like or when it might happen, is a challenge for even the most seasoned of executives. For the cinema exhibition business, some tentative re-opening dates have been announced. Berlin has earmarked 31st July, which could trigger coherence between all German regions. China, after its initial false start, is now targeting October. The state of Georgia surprised everyone with a reopening date of next Monday (27th April), prompting NATO to issue an unprecedented, sternly worded “woah, not so fast” press release issuing caution. Without wishing to politicise cinema re-openings, it is entirely plausible that we could see a red state / blue state divide amongst smaller chains, although no major circuit is likely to re-open until their head office functions are up and running again.

As discussed in the #CJCinemaSummit yesterday (Thursday 23 April), no blue print exists for re-opening but there seem to be some universally agreed principles in the exhibition industry: cinema openings may be amongst the latter stages of lockdown relaxation; social distancing measures are inevitable; a critical mass of theatres will be required to be open worldwide before major titles are released. And as more and more surveys are revealing, the audience demand is there, as is the willingness to support cinema from both patrons and collaborators.

A key ally to a successful re-launch are cinemas’ long-term partners: the screen advertising agencies. The (pre-Corona) advertising industry was changing unrecognisably, yet cinema was predicted to be the fastest growing medium of the year. Screen advertising companies worldwide have continued working with exhibitors in multiple and diverse ways to ensure the relationship between cinema and advertising endures.

Cheryl Wannell, CEO of SAWA (the Global Trade body for the Cinema medium) explains that their role is “to support our membership body by ensuring members receive regular and up to date global communication on the impact the pandemic is having on our Industry.  The key to this is the exchange of information between our member countries that will help guide them through these incredibly difficult times and help facilitate a quick global recovery”.

First and foremost, it is critical that brands remain committed to cinema advertising. Print publications and broadcasters have seen advertising revenue obliterated as brands struggle with positioning and are cautious to associate themselves with any particular tone or message. Ironically, it is Facebook and Google – who contributed downfall of print media – the who are now the lone adverts in any newspaper you pick up, adverts supporting journalism itself.

There was every possibility that with screens dark brands could turn their backs on cinema too, but they haven’t.

“I was most surprised at how co-operative our (brand) clients have been” comments Cliff Marks, President of NCM (National CineMedia). “I really believe most of them want to see us survive and prosper. During this time it would be easy to take their money elsewhere but they are sticking by us and ready to come back when we are”.

Screenvision Media’s Chief Revenue Office, Katy Loria, explains that keeping brands up to date about future plans is vital and that communication is a two-way street. “We’re committed to understand what their plights are too – it’s tough out there for advertisers too”. With brands exercising a degree of caution and struggling to navigate this time, Screenvision Media helping their partners shift: “if they had plans to be on screen with us in these months we have shifted those campaigns a little bit further down the road”

It’s not hard to see why advertisers are minded to stick with cinema: they provide a route to the hardest to reach audience: Millennials. NCM undertook their own research which concluded that 73% of their young audience would return to cinema as soon as they reopened and the virus had been contained, and SAWA commissioned Kantar to do the same:

“Research is showing that Cinema Audiences will want to return to watch movies on the big screen and that Cinemas and Eating out is the 2nd most looked forward to activity post lockdown” notes Wannell of SAWA. The first being hair-cuts, obviously.

European screen advertising agencies are taking even more of a hands-on approach. Pearl & Dean in the UK, are collaborating with the UK Cinema Association to find ways to harness the power of brands to entice people back to the cinema. Kathryn Jacob, CEO of Pearl & Dean explains “The UK Cinema Association already does really great work with Compare The Market in terms of a ticket offering, so we are trying to find ways together with them and Cinema First to use the power of brands to reinforce the power of cinema and to get people to come back”.

The response from clients – UK based media teams and brands – has been equally as positive as the response their US counterparts received. “Big agency groups have pro-active cinema teams that are finding ways to get their clients back into cinemas when they re-open. [Cinema] can play a huge role in building brands and imparting messaging in a way that social media can’t”.

Pearl & Dean are committed to trying to keep cinema in front of clients. They have adapted ‘WFH’ into the hashtag #whyfilmhelps, are running film quizzes and other initiatives to keep film alive and relevant in people’s minds. They asked audiences to re-create classic film scenes and worryingly, even received a photo of a recreated ‘head in a box’ a la Seven. The effects of lockdown are getting to us all…

It is German exhibitors who are the biggest beneficiaries of work that their screen advertising body, WerbeWeischer is doing. What started as a crazy idea quickly escalated to an innovative revenue driver for cinemas as CEO Stefan Kuhlow explained. “Faced with the same situation as everyone else – we are sales house with nothing to sell – the idea was to show the advertising that would have been on the silver screen on the internet.” They had so much support for the idea from customers that only five days later, it was up and running. Customers click on their local cinema and are able to view the exact playlist you would have seen pre-show.

#hilfdeinemkino was an instant success. “We were overwhelmed” says Kuhlow. “We had an immense social media reaction and it was picked up by numerous influencers. Radio and TV wanted to talk to us”. To date, there have been over four million views and in addition to the revenue from the advertisers, there is a donate button which has generated an additional 30,000 euros.

The second phoenix to rise from the ashes for Germany was a sector of the business that was almost dead: drive-in cinema. To date they have 20 Auto-Kinos (“Car Cinemas”) with another 20 about to open. This presents the opportunity for WerbeWeischer to sell advertising for a different kind of cinema experience – and they sell out. “It offers a little bit of hope. People who are able to leave their home for entertainment, do. They are going there to see an old car film from the 80’s just to be entertained – I’m not so afraid that people won’t come back to the cinemas once they re-open”.

From survey responses to kerbside popcorn sales, to actual attendance at drive-in cinema, all of the anecdotal evidence is pointing towards a resurgence in time. Brands and consumers alike believe in the power and the magic of the big screen, was the overall message from this #CJCinemaSummit session.

Every crisis brings opportunities and as evidenced here, we have the opportunity to cooperate and work together, to help each other, like never before. Collectively we can innovate and to come up with new ways to engage our audiences. Cinema is here to stay.