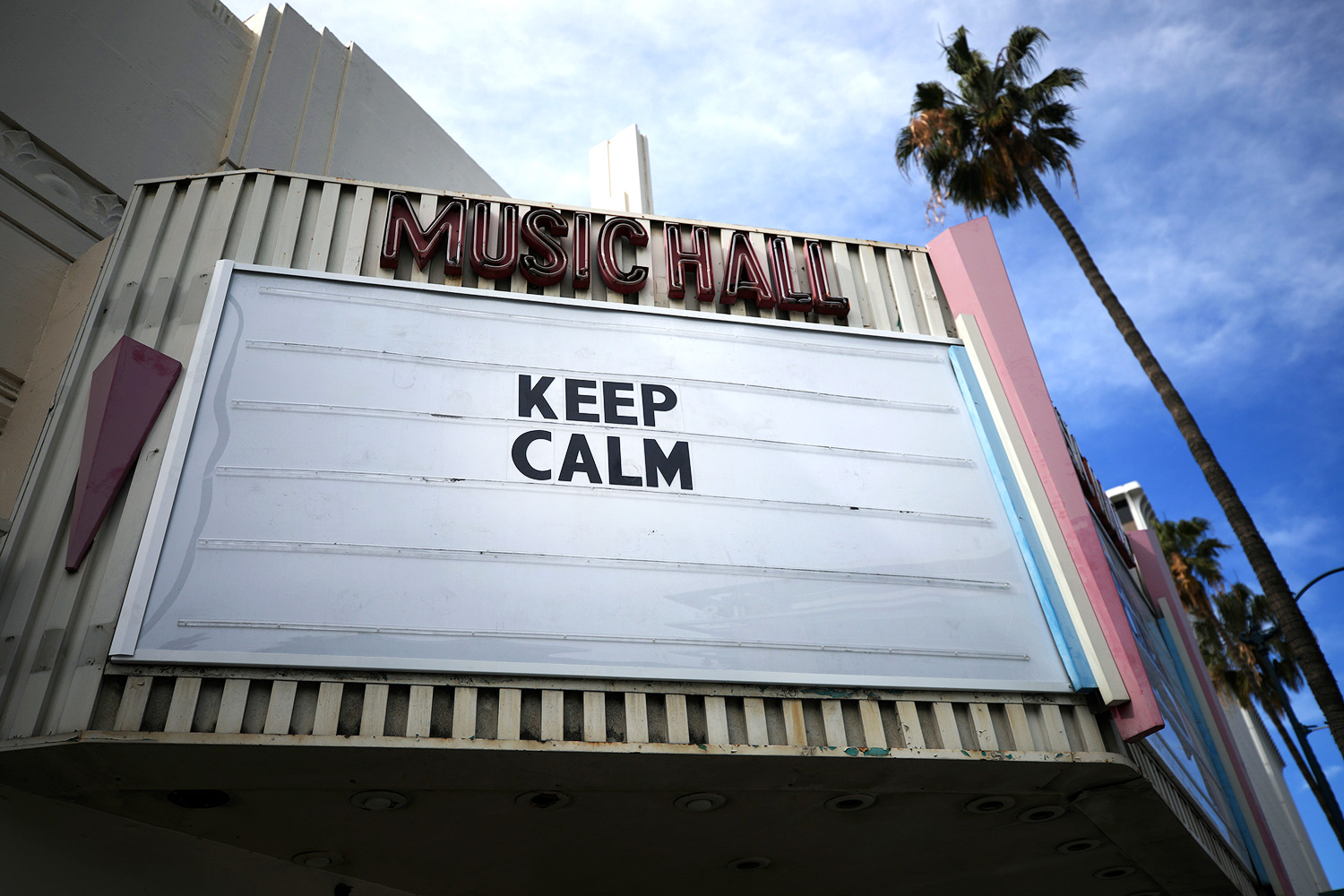 The economic damage inflicted by COVID-19 is only beginning, but it may be so monumental that our inability to understand the coming carnage is, as they say, a failure of imagination. As a former exhibition and distribution executive, and current consultant to media investors, I remain more bullish than ever on the future of the theatrical experience. But I also believe we are vastly underestimating the radical transformation that will be required for studios and theater chains to thrive anew in that magic, symbiotic relationship.

Before looking at the reimagined future of exhibition, let’s remind ourselves what makes the theatrical window so unique and financially lucrative in the first place.

What is one of the perennial major issues with theatrical distribution at the studios that new studio owners always seek to change, and never do? That would be the costs associated with P&A, “prints” and advertising for launching a major motion picture into the worldwide theatrical market. P&A is the linchpin to the branding of a motion picture released into theaters. It’s the huge costs – and these are hard cash costs – studio heads have been complaining about for decades, and are always looking to make more efficient. A big budget tentpole can easily require $200+ million to release worldwide. A wide release across Europe alone for a major studio title can knock on the door of $100 million. If it’s expensive for Larry Ellison, you know we’re talking about real money.

In fact, the costs associated with the motion picture business are a large part of Rupert Murdoch’s rationale for selling that part of his empire to Disney, allowing him to return to his true loves of live news and sports.

But the reality of P&A, rather than being a persistent cash drain (now the likely target of AT&T’s accountants at this very moment, as they too learn our business, now supervised by an OTT pioneer), is that it is a marketing investment that creates value and cashflow over many future decades inside a studio distribution system. These P&A costs separate theatrically distributed product from all other media. Unlike almost all non-theatrical TV / film fare (with rare exceptions, e.g. “Seinfeld”, “CSI”, “The Office”, “Friends”), certainly unlike SVOD binge viewing fare that is quickly forgotten, film product that is launched in the theatrical window by a major studio distributor has a much longer, and more predictable tail of revenue streams. This is a well-documented phenomenon. TV series that may be selling well in worldwide syndication can drop off the sales charts dramatically the moment they exit US prime time. Part of this is the role episodic license fees play, and how foreign buyers value something still in US prime time.

Why is this important? Once the theatrical P&A has been spent and the title enters into the different windows post-theatrical (VOD, Pay 1, SVOD, etc.) there are then few meaningful hard costs ever again required, other than distribution costs that can be amortized across vast film slates. These films enter into packages that are then sold for decades to come by the major studios to Free, Pay, SVOD, TVOD, AVOD providers. Studio film slates are the most high-quality, cost-effective content for platforms worldwide to fill their schedules – easy to license, easy to finance, easy to program with pre-established marketing campaigns and target audiences. This product thus generates the most stable, predictable free cashflow at every major studio year in, year out. It’s one of the major reasons Warner Bros. was so eager to buy the RatPac-Dune film library, which had stakes of as much as 25% in 76 Warner titles.

Studios can bemoan the ever increasing costs associated with P&A to launch a 12-14 week theatrical window, but the fact is that this branding effort financed by P&A is one of the greatest marketing schemes ever devised to enhance the value of studio filmed content over many years, even beyond the studio ultimates.

An analogy: P&A is in some ways like the cable bundle, AKA one of the great content value generators of modern media – both to distributors and consumers – that everyone loves to hate. With the demise of the cable bundle via cord-cutting however, consumers are now seeing that individually reconstituting the collection of channels or content they want does not often result in the choice or savings they expected, particularly if they factor in the cost of monthly broadband. Similarly, direct to consumer film distribution may mitigate P&A costs – great in theory! – but it cannot replicate the long-term value resulting from a theatrical release.

Rebuilding Exhibition in the Age of COVID-19

In the P&A backgrounder above, I sought to draw attention to the great value that the theatrical exploitation window brings to the studios, as negotiators sometimes gloss over this, which is in fact a bedrock of any studio’s balance sheet. For the theater chains themselves, the viability of theatrical is a simpler existential issue, even more so because as Mr. Munger points out, we really have no idea where this is going. Some sobering economic projections from Sunday evening’s AXIOS Sneak Peek:

“Goldman Sachs said in a new forecast last week that the unemployment rate is expected to approach 15% this summer — a sign that the administration’s ‘months not years’ formulation for a recovery could be a pipe dream. Columbia University researchers say that under the dire but not unthinkable forecast of 30% unemployment, the U.S. poverty rate would increase from 12% to 19%, the worst in at least 53 years.”

My fear is that, as exhibitors reasonably look to establish a return to normalcy with targeted soft openings in July or later in the summer, they are underestimating the seismic changes happening just below the surface in both the consumer and industry spheres.

Citizens across all major markets are anxious and fearful, with more questions than answers. Anecdotally, it seems a meaningful portion of the audience may stay away entirely until there is a COVID-19 vaccine. Is that number 15%, 25%, 30%? It’s not zero.

For those that miss movies too much to wait, how much free space will they want in the theater? Will that be economically viable? What will be the hygiene issues surrounding food and beverage consumption?

Will consumers embrace VIP screens as an option that solves some of these issues, making theater attendance a higher luxury item, as in-person restaurant dining seems destined to become? Will they become even more discerning and put pressure on non-blockbuster titles, at least initially?

People are only talking around the issue, but there is no doubt that there will be an industry cull the likes of which we have not seen in decades. The trends we all expected to take a decade or more – fewer, higher priced screens, flattening attendance, greater customer service, focus on customer-facing technology – will now be compressed into the next few years.

Colleagues in the live music space say they expect no meaningful business before late 2021. While there are some differences in the business model, which chains are able to write off even just the rest of 2020?

I wrote at the start of this missive that I am very bullish on the exhibition business. The caveat I left out is that the business must first survive the COVID-19 cull. The most vulnerable among the exhibitors will obviously be those with financial leverage issues, but also those with design issues, meaning is an exhibitor able to pivot to flourish in a lower density attendance environment, or are they doomed to a sticky floor bedeviled irrelevance?

Besides the nuts and bolts of making theaters safe for consumers and having strong product to bring them back in the greatest numbers possible, what does the business even look like in a lower attendance environment? Are there opportunities for consolidation?

Working together with studios, and knowing the value of the theatrical window, how might a somewhat shortened window, or even PVOD affect the business model?

The big one is probably, who wants to go first? Who wants to release a major motion picture into a market that is down 50%? How can a film be released internationally if the US market is not functioning normally? Does that mean waiting for New York and LA?

Windows. Everyone has had their fun now in the free-for-all. The only thing sure about taking a film direct-to-consumer is that unless it is an established brand, it will have only a tiny percentage – if any – of the long term value of a film that has gone through theatrical release. Will windows be tweaked in future? Of course, but more than anything else, this moment in time with no theatrical window will serve to remind everyone what a generator of long-term value it uniquely is. Any discussion of future theatrical windows will be able to take into account this highly relevant, never before captured data.

The Importance of Industry Leadership

We need the modern-day Stan Durwoods and Nikki Roccos to step up. To remind consumers and investors of the unique proposition that is the theatrical business. To make sure there are more winners than losers on both sides of the table. Having revisited the long-term value of theatrical exploitation beyond its role in supporting a thriving theater business, we’re reminded how critical it will be to effectively re-establish theatrical attendance, to make it safe for consumers and profitable for all parties. As certain members of the exhibition industry fight for their very existence, distribution execs are furloughed en masse, and the theatrical business seeks to re-introduce itself to consumers, active leadership drawn from the highest levels of both distribution and exhibition boardrooms will be required to bring back this business.

This will require at least the beginning of a re-imagining of what the business can be in the future, not simply what it was up to now. I posit that the transition to digital exhibition was a successful proof of concept of the exhibitor / distributor negotiation dynamic that could be brought to bear to assure a post-COVID theatrical renaissance.

Beyond the economics, I leave with an example that demonstrates the emotional difference between a streaming title and a theatrical release. I had the good fortune to watch “The Aeronauts” on Amazon over Christmas, and like all other streaming titles, it soon disappeared into the ether and was never referenced again, except somewhere in the bowels of Amazon’s search function. And yet this was such a clearly high quality motion picture, with outstanding acting, and special effects so well designed for its planned – later cancelled – IMAX domestic release, that it was clearly a long term keeper that would have benefitted greatly from the enhanced marketing of a theatrical release, and subsequent cashflows over decades to come. Now gone forever.

We will bring this business back healthier than ever, but no one should underestimate the threats we all face – to films looking for a date and an audience, to certain exhibitors facing extinction, to careers in theatrical distribution, to the larger public’s economic and physical mortality, to investors who look on in horror – and the challenges we will need to resolve by working together as never before.