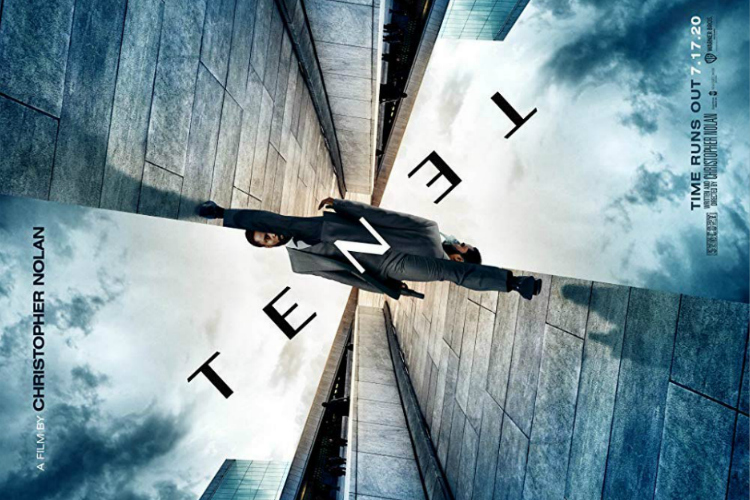 There’s a favorite New England saying, “If you don’t like the weather wait 10 minutes and it will all change.” Welcome to 2020 in the movie business.

Obviously this year has been unlike any other (I will make a concerted effort to avoid the now cliched “these are uncertain times” mutterings in this article) and trying to keep up with the upheaval that is the 2020 release schedule has been nothing short of frenzied.

The release schedule devastation began with a trickle in mid-March but then the floodgates opened by later that month, culminating in Universal taking the radical step of bypassing theatrical entirely on “Trolls: World Tour” and going straight to PVOD. Disney moved “Artemis Fowl” to their Disney+ streaming service shortly thereafter but the mass migration to the small screen that exhibitors around the world feared hasn’t materialized, at least not to this point.

Yes, every studio has made changes to their release schedule. Some picked up their ball and went home for the summer (hello Sony) while others simply took their release schedule and, for lack of a more succinct way of putting it, just moved it all 3-4 months to the right. Others bobbed and weaved, staking their claim to some playdates while holding others on the sideline, waiting to be inserted at halftime.

It’s been a blur, even for those of us who have lived and died by charting the competitive release schedule for years. So in case this past month has been too dizzying for you here’s a recap of what’s transpired, studio-by-studio, and a guess as to what the first theatrical boat out will be and why.

As mentioned above, the Mouse House took “Artemis Fowl” to Disney+ but other than that they have remained committed to theatrical. “Mulan”, set for July 24th, is now their first film out once theaters reopen. It will be interesting to see if the open/closed flip-flopping that is the plight of Asian cinemas affects that date. Otherwise Disney basically moved their Pixar and Marvel titles one notch down the ladder. “Soul” moved from June to Thanksgiving, “Black Widow” joined it in November and “Free Guy” left the 4th of July for greener pastures on December 12th. All this was done in one fell swoop on April 3rd.

They still have fall titles such as “Beatles: Get Back”, “The King’s Man” and “Death on the Nile” on their 2020 release schedule so a second half of the year that has upwards of ten Disney titles is unheard of and will be interesting to see if it holds.

Their “Trolls: World Tour” straight-to-VOD scheme has been a rampaging success. Seriously it has, just ask them. Of course we’ll never know as those revenue numbers are as closely guarded as Soviet era nuclear codes. Universal made one of the first release schedule moves back on March 20th when they moved “Furious 9” into 2021, leading many in the industry to worry that other studios would do the same and give up on 2020. Thankfully for exhibition, that mass exodus didn’t follow.

Currently the studio has one of the first titles up if/when theaters reopen with “Forever Purge” on July 10th. They’ve kept the majority of their slated titles for 2020 on the schedule and are taking a hang tight approach.

One thing that will be interesting as far as Universal is concerned is what kind of exhibitor backlash they receive from their abominably communicated “Trolls” end run. The studio never announced the move to exhibition, nor was it conveyed to NATO, much to the chagrin of its head, John Fithian, who claimed at the time, “Exhibitors will not forget this”. But will they? Cinema chains aren’t known for their long memories and if they’ve spent 2020 haemorrhaging money will they have the wherewithal to teach Universal a VOD lesson by not playing certain films or holding the line on film rental terms?

Paramount waited until the first week of April to make their release schedule moves, slotting “A Quiet Place II” into Labor Day and giving Tom Cruise a Christmas avail for “Top Gun: Maverick”. For a studio accustomed to a fairly workable number of titles per year, having nine films between August and December could be bandwidth hell.

As a side note, Paramount may be the studio that one feels the worst for in all of this. For the first time in many years, the studio was poised to have a very solid year. Moving “Top Gun” out of summer hurts and whether Labor Day can be a viable weekend for a film with high hopes like “A Quiet Place II” remains to be seen.

My old stomping grounds took the most drastic release schedule steps, moving many of their 2020 titles at the end of March all the way to 2021. While that was seen as a vote of confidence for the theatrical market at the time it has also left Sony with release schedule holes with only four titles on their schedule, one of which, Screen Gems’ “Monster Hunter”, primarily being an international play. “Morbius”, “Ghostbusters: Afterlife”, “Uncharted”, “Peter Rabbit 2” and “Greyhound” were all moved to next year or, at best, TBA.

We’ve saved the most interesting for last. Other than moving “Scoob!” off the schedule and taking “Wonder Woman 1984” from June to August, the Brothers Warner have kept their schedule somewhat intact, even as they saw their IMAX screens on “Godzilla V Kong” on November 20th take a hit thanks to MGM moving the latest James Bond outing, “No Time To Die”, five days later on November 25th.

What is so interesting about how Warners is set up specifically revolves around a little picture on July 17th entitled “Tenet” from director Christopher Nolan. There are two very distinctive schools of thought in the industry on whether the film will remain on this July date.

The first is that Nolan won’t risk his film going out to half full or closed theaters and is waiting to move the film to a safer timeline. Nolan’s films always perform well overseas and if the worldwide cinema landscape is still a hodgepodge of open and closed statuses then it might simply not be possible to cobble together a representative global break.

But let’s play this out a bit. Let’s say that the majority of cinemas worldwide are open in some form or fashion by mid-July with more coming online every week thereafter. This doesn’t have to be a typical tentpole opening where 1/3 of a film’s total gross comes from opening weekend or even opening week. If there aren’t 3-4 movies opening on subsequent weeks as there generally are in a “normal” summer, “Tenet” has the ability to leg out a successful theatrical run with a weekly gross report that looks more like the 1960s and 70s rather than the get-‘em-in-get-‘em-out quick hits we’re used to since we started this millennium.

Also, Nolan is one of the most vocal proponents of the theatrical experience and it must be eating him alive to see theaters closing or in peril. If there’s any chance for a representative global break on July 17th the bet here is that he keeps it and “Tenet” becomes the first tentpole title that theaters open with.

It will take some doing. Moviegoers may not be ready to return to cinemas in droves, even for a Nolan film. Therefore it would behoove Warners to go out with minimum playtime guarantees from exhibition, something like eight weeks in the larger markets and at least four weeks in the smaller cities, which coincidentally would take smaller exhibitors right into the studio’s “Wonder Woman: 1984” avail. How convenient.

Warners could also require a minimum number of screens per theater. If adjusted social distancing measures are instituted and, for example, theaters can only operate at 50% capacity, the studio will need to secure several auditoriums per complex in order to ensure maximum grossing potential.

As mentioned, Christopher Nolan is one of the last champions of theatrical. Directors like Martin Scorsese have spent their careers talking about their love of cinema but his recent Netflix gig with “The Irishman” deeply hurt many exhibition veterans, not only in North America but around the world.

It could be that it’s now left to Nolan—and perhaps Tarantino as well—to carry the flag for an industry they love and that had come under a great deal of heat even before COVID slapped it silly. The chance to be the hero on the hill by making “Tenet” the film that brings people back to the movies may be too alluring for Nolan to pass up.

Granted, there are undoubtedly more changes to come on the release schedule front and much of it will be based on in what numbers moviegoers begin to return to cinemas. If they come in larger numbers than originally thought then watch companies like Sony make a mad dash to re-slot some of their 2021 films back into this year. But at that point, good luck with trying to find dates that don’t currently have 3-4 wide avail titles on them. The same goes for independent studios who have held their schedule back to take a wait-and-see approach.

One other point to make here is the distinct possibility that films currently on the release schedule for October, November and December may not make those dates. The filming, post-production and editing processes on films slated for summer or early fall all have to restart once the all-clear is given and there are only so many cinematographers, sound mixers and VFX technicians to go around. If a film editor was supposed to have finished a movie in May but now has had that moved back to August or September what does that do to his availability for the rest of the year.

The Greek philosopher Heraclitus once said the only constant in life is change. Even he couldn’t have imagined what appears to be in store for the movie industry for the remainder of 2020. So strap yourselves in, it’s going to be a wild ride that even an IMAX movie can’t replicate.